When Ben Sasse became president of Midland University in his home state of Nebraska at the age of 37, he was regularly mistaken for a student. But the baby-faced Sasse, who has since become one of Nebraska’s senators, had little in common with the students. It’s not just that he had already worked as a management consultant and earned a Ph.D. in American history from Yale, or that he was married and had three children. It’s that he had been raised to think that by the time you reached the age of 17 or 18, you were a grown-up and you were expected to behave like one.

Sasse recalls that during his tenure one student staged “a sit-in” at his office because he had a scheduling problem. A class the student wanted to take was offered only every other year, but he wanted to take it in an off year. When Sasse told him that this was something to be taken up with the registrar and couldn’t really be changed, the student explained: “You need to figure this out. I pay tuition to go to this school, which means I pay your salary. So you work for me.”

The twenty- or thirtysomethings who were recent graduates working under him were not much better. After one young woman had already been reprimanded and almost fired for leaving work early on a regular basis, her supervisor found her packing up for the day at 2:30 p.m. When asked, “Didn’t we just have a conversation about this?” the woman replied, “But this is different. My favorite Pilates teacher has her class at 3 instead of 6 today.”

In his wide-ranging and penetrating new book, The Vanishing American Adult, Sasse does not blame these young people for their problems. Rather he suggests that their parents have failed them—and so has the culture at large.

Sasse’s book is more than merely a rant about the pampering of America’s “emerging adults.” It is a look at how the specific markers of adulthood—moving out, leaving school, achieving full-time employment, economic self-sufficiency, getting married, having children, etc.—seem to occur later and later, if at all. “The predictability of these steps,” once “provided a structure for finishing adolescence and coming of age. It set expectations and clarified duties.”

Now, it seems, the only structured advancement children experience is in school. They go from one grade to the next, but, as Sasse notes, “not all motion is progress.” Sasse, whose wife is a former public-school teacher, believes that the crisis in schools is not simply that they are failing to impart knowledge to our children but that they have lost their mission. Schools are tasked with doing everything, but they often accomplish nothing.

For this, Sasse puts much of the blame on John Dewey, the early-20th-century American thinker: “His overriding goal was universal public education for a growing nation but in pursuing it, he turned the school into the literal center of the world for children, crowding out roles and responsibilities traditionally carried out in families and communities.”

Much of The Vanishing American Adult is a series of prescriptions for child-rearing, advice on how to take back those roles we have outsourced to schools. Sasse and his wife homeschool their children—and many parents reading this book will find themselves wanting to send their children to the Sasse home to be educated. The couple has come up with a list of important books they want their children to read before they leave home. The list is impressively ambitious; it includes Aristotle’s Ethics and Augustine’s Confessions. But there is also an entire category of writings from prison—“Letters from a Birmingham Jail” and Dietrich Bonhoeffer’s Letters and Papers from Prison—and conversion memoirs including C.S. Lewis’s Mere Christianity. Oh, and Michael Lewis’s Moneyball. Allowing their kids to read whatever has piqued their interest, the Sasses have set a priority on their children’s becoming enthusiastic readers. Then they start mixing in the tougher stuff with the lighter fare. This is the kind of wise and useful advice you won’t find in a typical parenting manual.

Last year, Sasse told his Twitter followers about sending his 14-year-old daughter to live and help out on a cattle farm for a month, and about the young woman’s text-messaged accounts of shoveling manure and learning how to drive a stick shift. The response was overwhelming. People asked him how they, too, could send their kids for such an experience. The Wall Street Journal published an article inspired by the response. Too bad, Sasse was later informed, that his daughter’s work probably violated the state’s child-labor laws.

And this is part of the problem. The parents who are aware that their children are being coddled and do not know the value of hard work are working against the prevailing culture when they try to address these issues. Sasse repeatedly notes that this book is not a plea to change public policy. It is conservative in the same way that Sasse is. It is a plan to change the culture from the bottom up instead of the top down.

Sasse describes, for instance, the way that most families today travel—a kind of whirlwind tour that includes the big tourist destinations. But he suggests that families actually need to find a way to live in another place for a while, or at least for their young adults to do so. It doesn’t need to be somewhere exotic, just somewhere different.

He describes backpacking around Europe as a young man. He and a friend were invited for a meal by some elderly widows in East Germany. The conversation eventually turned to the end of World War II, a war in which Sasse’s grandfather had fought. One of the women told him that they prayed the Americans would come to liberate them, but instead the Russians got to them first. She pointed to a yard in the back of her apartment building where she and her mother buried the Russian soldier who raped her. They shot him and took care of the cleanup, too. “These women at lunch had had experiences that were so different from mine,” he writes, “and yet our conversations over a meal quickly revealed our common humanity and set the stage for decades of unanticipated bonding I’ve had while traveling.”

Which brings us to what might be Sasse’s most important suggestion for changing the way our children live. He argues throughout the book that age segregation has created a narrow-mindedness in the younger generation that is almost impossible to undo. Our children have no idea what life was like for people who lived 50 years ago. Our young adults have no idea what it’s like to care for a child, let alone bear one. Middle-aged Americans now live in constant denial of aging and have no idea what to do with their deteriorating parents short of outsourcing their care to nursing homes. Every one of our institutions from school to work to church seems to reinforce these divisions.

Sasse describes the feeling he had when he was finally able to beat his dad, a wrestling coach, in a living-room bout. After years of learning from his father, but always being bested by him, Sasse writes of the excitement he felt. “But almost as quickly a feeling of dread rushed over me. This is horrible. It meant my dad—my provider, my protector—was starting to decline. I hadn’t won because I was 16 instead of 12, but because he was 41 instead of 37.”

Sasse worries that “most adult children and many childish adults” haven’t really come to terms with their parents’ mortality, let alone their own, and won’t any time soon. But “at some point it is harmful rather than helpful to keep shielding people, to keep tolerating attempts to distract themselves from the examined life.”

Sasse’s advice for getting kids to think about consuming less, his concerns about the amount of time they spend staring at screens, his strategies for getting them to spend more time in nature and to become more independent—all of it is worth reading. But it is his understanding of the purpose behind all this that is so striking, especially for an elected politician in America in 2017.

He tells American parents to raise their children “as if they’ll rule someday.” Imagine yourself as Aristotle tutoring Alexander the Great or as a nanny training a future princess. “The sustenance of this free republic requires an egalitarian vision that all of us are fit to rule . . . making informed judgments about to whom ‘we the people’ delegate the daily business of governing and deciding,” he writes. “Otherwise this historically unique experiment in self-government will have run its course.” The stakes, in other words, could not be higher. And we are lucky to have someone like Ben Sasse in Washington helping to define them. 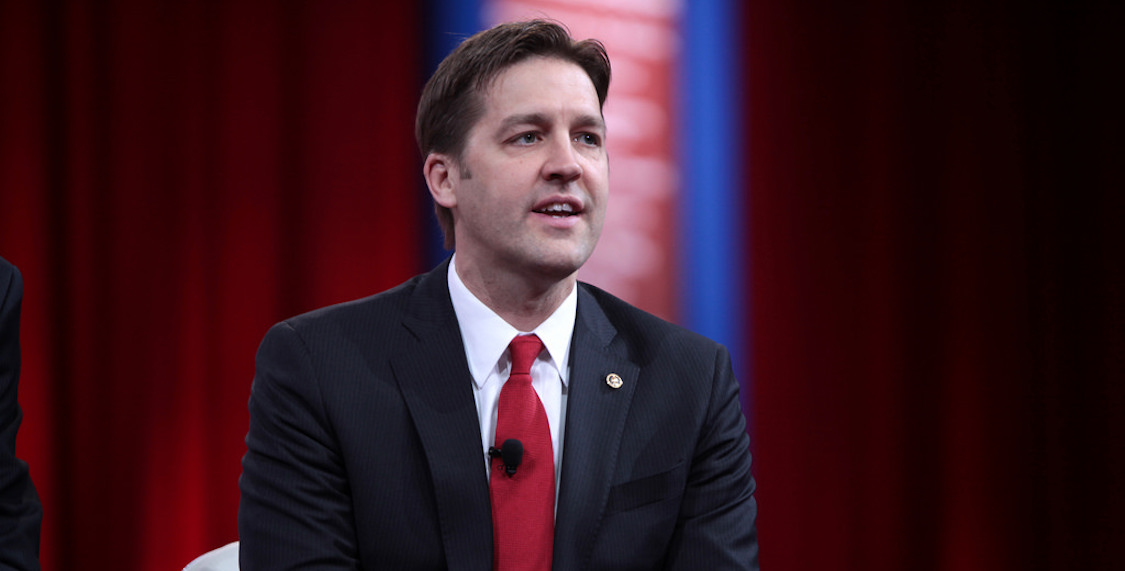