e are giving your children the skills they need for the 21st century.” With these words, the back-to-school presentation for my child began—my three year-old child. It is impossible these days to get through any back-to-school presentation without hearing about the need for the skills of the future. Just what those skills are—and what the ominous future that demands them will bring—remains to be seen. But in her book, The End of American Childhood, Paula Fass makes the case that Americans, more than other people, have been preparing their kids for a different and unknown future for a very long time. 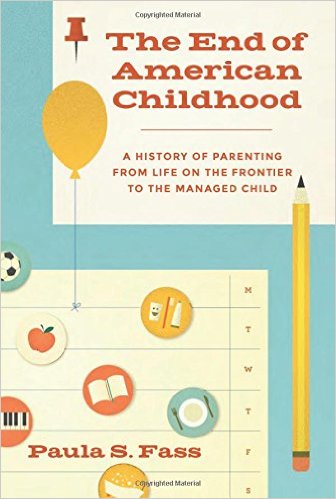 The End of American Childhood

Fass begins her account with the generation of the American Founders. In 1827, in a publication called “The Youth’s Companion,” one Nathaniel Willis declared that “our children are born to higher destinies than their fathers.” Fass notes that though “this vision has become a cliché to us today,” it was “alien to most Europeans and would have been unfamiliar to American colonists.” Indeed, as Fass writes, “for centuries in the Western world, elders reigned and were assumed to possess knowledge and wisdom as well as power.”

By contrast, the colonists and their progeny had come to think of children as “little citizens.” It was not only that the American democratic experiment had provided a new and unpredictable form of government for which parents wanted to prepare their kids. “To some extent,” Fass writes, “the independence given to children grew from the ideals and values expressed in the Revolution since Americans believed that future generations had to acquire the characteristics that would maintain the principles enunciated in that event.”

But these attitudes didn’t stem only from abstract notions. It was also an all-hands-on-deck time for the new United States. The westward expansion meant that many men were leaving their wives and children at home to seek their fortunes. Children had to make themselves useful around the home in all sorts of ways much earlier than they otherwise might have. “American children went to work early because land and labor ratios made their work desirable and necessary,” according to Fass.

Recalling his own childhood, Ulysses S. Grant wrote that from the time he was 11 until he was 17, he did all the work on the farm that was related to horses, including plowing the fields. He was allowed to roam for miles away from his home and even trade horses.

The notion that children deserved both great freedom and great responsibility was not uncommon throughout most of American history. American parents, according to Fass, saw childhood itself as a risk-taking enterprise. Parents knew that their children might not turn out exactly as they had. Because class was much more fluid here than across the pond, children and adolescents really had the opportunity to make their own fortunes in a way that those in other countries did not.

But the risks of childhood—disease and early death—were also much greater. The Centers for Disease Control estimates that approximately 1 in 10 infants died before age one in the year 1900. We regularly note today that the death of a child is the worst tragedy a parent can endure. But mothers and fathers in earlier times endured these tragedies multiple times over the course of their lives. Fass describes how a certain kind of sentimentalized view of childhood, in which children were seen as little angels, was encouraged by the scourge of death parents had to face regularly.

Contrary to our modern notion that parents from a previous era had a stricter and colder relationship with their children, Fass suggests that “women’s role as childrearers became the basis for real households as well as the religious ideals and sentimentalized imagery that sustained them.” A mother’s love for her children became invested with a kind of divine quality.

While many parenting techniques have ebbed and flowed, what we are seeing today is not the result of parents loving their children too much. Rather, it’s a desire to control them too much.


But as discoveries about the scientific causes of disease and death spread, mothers were seen less as passively loving beings watching over the fate of their children than active participants in ensuring their children’s health. Experts in the late 19th and early 20th centuries advised mothers about the importance of sanitation in the household. And from that the advice spread to other topics. By “shedding ancient folklore and traditions that obstructed change, parents could become modern as their children became the objects of observation, measurement and [what one expert called] ‘enlightened control.’”

These experts tried to use science to urge mothers to “step back” a little. “Do not kiss and hug them,” John Watson, a parenting adviser in the 1920s told mothers. In 1942, Time magazine cited psychiatrist David Mordecai Levy on the ways in which “excessive mothering [makes] problem children.”

Was this simply an early version of the “helicopter parenting” critique? Fass argues not. She suggests that while American parenting techniques have ebbed and flowed—sometimes parents showered their children with greater affection than at other times—what we are seeing today is not the result of parents loving their children too much. Rather, it’s a desire to control them too much. These parents are not following the advice of, say, Benjamin Spock, who “with a sense of genial approval and a genuine love of children . . . encourage[d] women to enjoy what they did as mothers.”

Modern mothers seem more to be asserting the kind of control that scientists in the early 20th century had argued for. “The 1920s witnessed an earthquake of advice that spoke to and elevated parental anxieties about how to raise children in newly ‘modern’ and scientific ways.” The concerns went from instructions about health and hygiene, particularly among the poor, to advising middle-class women on how to make sure “little Johnny or Jane ‘developed’ properly [to] become ‘normal’ and ‘well-adjusted.’”

Now we have gotten to the point where middle-class Americans are not looking for their children to be normal or well-adjusted, but to be something much more. “After the rapid advance of the birth control revolution, within the context of legalized abortions and the advent and development of DNA science, and at a time that almost all children survive birth and early life, many privileged parents have been absorbed in illusions of control and ideals of perfection,” Fass writes. It is this effort to create the perfect child, something that begins even before conception these days, that has fundamentally altered American childhood.

Other sociological forces are at work as well, especially the ones acting on older children. Rather than work, more and more teenagers and preteens were educated and more and more children were welcomed into this peculiar institution known as high school. Between 1910 and 1940, enrollment in high school rose from 18 percent to 73 percent. First universal high school and now the high percentage of people going on to college has served to extend adolescence in a way that no one before thought possible, let alone desirable.

While we tend to think of the high school experience as the seed of rebellion among American children, Fass argues that teenagers were plenty independent before this institution became so popular. And that parents put up with it. Indeed, she writes that “looser styles [of childrearing] and more lenient forms of discipline have a long history and were once viewed as the source of American competitive strength.”

But in that sense, adolescence served a purpose. It was a bridge to adulthood. Now, says Fass, “with preparation for work and for marriage no longer a part of normal adolescence, the concept of adolescence itself has lost its cogency.”

And this seems to be where American parenting (and childhood) has gone off the rails. American mothers and fathers used to calculate that it was worth giving their children more freedom—thereby exposing them to more safety risks as well as the risk that they would reject the old ways of a previous generation—so that they might then be able to take on greater responsibility in the household, earning money, getting married, raising children of their own, even keeping the republic alive. Today, there is no such calculation. Parents have little incentive to give their children greater independence because they don’t know what they are even preparing their children for.

It is hard to imagine that today’s parents have even less idea of what the future holds for their children than, say, the parents of Ulysses S. Grant. But trying to micromanage them is unlikely to help. And it’s un-American—or it was. 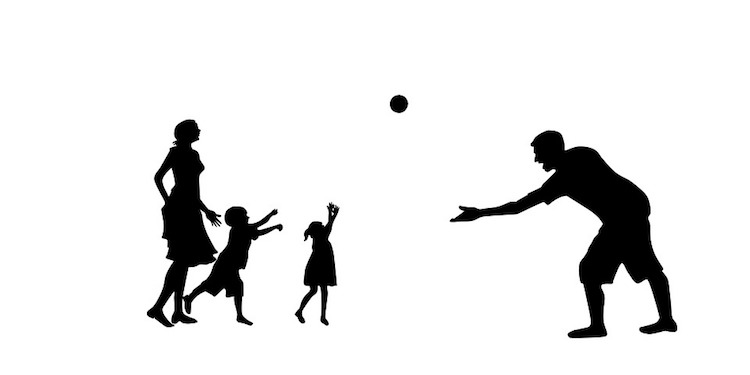