How bad has the pandemic been for women? Though they are less likely to die from COVID-19, it’s clear that women have had to make some large sacrifices for their families, leaving their jobs or cutting back their hours in order to care for kids who have not been in school. No doubt there are a number of culprits responsible for these problems—not least of whom are the teachers who have decided (in spite of available evidence) that it is unsafe for them to open schools. But a number of writers have blamed the unfair system that women already found themselves in before the pandemic.

A recent report from the Brookings Institution claims: “COVID-19 is hard on women because the U.S. economy is hard on women, and this virus excels at taking existing tensions and ratcheting them up.” In a New York Times article called “Feminism Has Failed Women,” Kim Brooks writes that even before COVID, “unless you [were] affluent enough to pay for the labor of less privileged women, you [were] stuck with a patchwork of poorly funded programs and regulated and prohibitively expensive schools, child care centers and after-school programs.” Now, she notes, “the present feels unsustainable, but most women don’t want to go back, and so we charge forward, every mother for herself, each of us laser-focused on our own career and our own nuclear family’s security. Feminism meant cheering on women trying to gain status in this broken system. There was no way out, but if you worked hard enough, you could try to move up.”

Brooks and her ilk are not rejecting feminism per se, just its current incarnation. They have simply decided that it is not enough for women to have more access to graduate degrees and corporate boardrooms. As long as they are still the ones bearing the children and caring for them more of the time, they believe, this version of feminism will not work. It is time, they say, to go bigger. “We might even have to reconsider our idealization of the nuclear family,” Brooks writes.

This was inevitable. Moderate feminism, or “retail feminism,” as Scott Yenor calls it in his new book, The Recovery of Family Life, is really just a ruse. A useful guide not only to understanding that the sexual revolution is far from over, Yenor’s work explains all of the forces pushing for the rejection of human beings’ natural desires for family formation and advocating the eventual destruction of the nuclear family unit as we know it. The Hillary Clintons and Sheryl Sandbergs say they just want more women to be law partners and orthopedic surgeons, “to feel safer than they do now.” But “press most retail feminists” and they will demand numerical parity between the sexes. “Retail feminism [soon] merges with radical feminism in rejecting all disparities between men and women as the product of patriarchal socialization,” Yenor writes. “The moderate talk fits in perfectly with the long-term aspirations of radical feminism.”

Yenor, who teaches political philosophy at Boise State University, refers readers to a conversation between Simone de Beauvoir and Betty Friedan from 1975. Friedan suggests that women should be compensated for child-rearing, and de Beauvoir one-ups her: “No, we don’t believe that a woman should have this choice [to be a mother]. No woman should be authorized to stay at home to raise her children. Women should not have that choice, precisely because if there is a such a choice, too many women will make that one. It is a way of forcing women in a certain direction.”

According to this perspective, it is more important that women are equally represented in the workplace than that their desire to bear and raise children is fulfilled—either because such a desire is not as important as achieving gender parity or because it is simply a subconscious reflection of what the patriarchy wants women to do.

Either way, Yenor argues, we are stuck with a “rolling revolution,” which he likens to “a snowball rolling down an endless hill [that] picks up new material and gains speed with each roll. Its path is not always straight or predictable, but its momentum is clear.” And it’s not just feminism that seems to be getting worse, in his account. He says relationships between men and women are becoming less and less stable. The existential purpose of marriage is shrinking over time even as the gender and number of people involved in each one grows larger and more varied. Concern for the well-being of children seems less and less important. Sexual activity becomes more casual and more public even as its seeming importance as the be-all and end-all of personal expression grows.

If it sounds like Yenor is a scold, he’s not. In fact, The Recovery of Family Life has many more lighthearted moments than one might expect from an otherwise dense academic tome. When the book delves into icky topics such as statutory rape, for instance, Yenor is quick to write things like, Again let me remind the reader that no decent human being, living in a decent society, would raise these questions.” On the subject of the “beauty myth,” Yenor writes, “One cannot expect a concern for beauty to disappear in the age of sexual revolution when people are more likely to make judgments based on beauty. Believe me: it’s a tough time to be alive if you’re ugly!”

But Yenor is concerned with more than simply poking fun at feminists or the other members of the rolling revolutionary army. He takes on their arguments. If gender is a social construct, then why are the highest-performing adult female athletes in sports such as basketball outmatched by high-school boys? If sex is simply a biological function, like eating and passing gas, then why do we attach any special taboo to rape? If men and women would both have the same appetite for casual sex were it not for the oppressive gender roles we assign, why do gay male couples have so much more sex and higher rates of infidelity than lesbians do? If pornography is harmless, why restrict its distribution to children, and why does it seem to influence the way people behave in their own bedrooms? Why do women commit so many fewer crimes than men? If we close the gender gap, will women start to catch up to men in the number of homicides and robberies they commit? And why, oh why, after so many decades of progress toward women’s equality, are women so much unhappier than they were before?

Yenor does not believe that biology alone explains everything or that our choices should be limited to only those that seem to come naturally to us. Rather, he argues that biology provides human life with “grooves” and that the more we force people to ignore those, the harder things become. Take the question of declining female happiness. Yenor writes, “Women are more plastic than men, and this means that they imbibe social cues more than men; when social cues contradict important natural aspirations, people are dissatisfied.”

The idea that every disparity equals discrimination informs our ways of counseling young women today—toward more engineering, toward making law partner, toward the ambition to have a corner office (but never plumbing, for some reason). What this means however, is that more than a few women will pursue fulfilling career ambitions but leave those professions or leave their ambitions once they achieve their goal. Women leave engineering careers at two to three times the rate of men. The sexual paradox is that men and women choose differently in an atmosphere of freedom. No solution to this conflict of public honor can exist without putting happiness and fulfillment, as opposed to power and discrimination, at the center of reflections about human life, and acknowledging that men and women for the most part pursue happiness and fulfillment differently.

And this is a problem for men, too. “Under the new sexual regime,” he writes, “men, who might have been providers, may wander, unattached, irresponsible, lacking industriousness, loving honor in an uncivilized way, untouched by female influence.”

THE genuine originality of Yenor’s book comes through in his incisive discussion of the relationship between the family and the polity. Families are the backbone of a strong and prospering country, and so the country has an interest in the formation of lasting families. How can we encourage women to pursue their natural interest in childbearing and -rearing? How can we get men to attach themselves to those women, and how do we ensure that a decent number of children are brought up in those environments? These are not easy questions, but they are not ones on which a government can be neutral, which appears to be the inclination of the modern liberal state. We cannot force people to get married, but we cannot remain indifferent toward the institution either. Nor can we pay people to fix the problem. It is not just, as per Kim Brooks, that having and caring for a large number of kids is difficult to afford. If putting time and effort into caring for children is seen as one option among many—and not a particularly socially valuable one, at that—then no amount of money is going to increase family formation and fertility significantly.

Yenor does not deny that the kind of marriage on offer in America today—particularly among the upper classes—is more libertarian than communitarian. This “every person for herself” approach is not working well for most people. But the answer is not to shun marriage and the nuclear family as de Beauvoir and today’s retail feminists would have it. Rather, it is to regain a more traditional understanding of marriage, to expect “men and women to contribute differently to that common life and to enter into common life for somewhat different reasons.” This, in turn, would give women the freedom to work less outside the home (as surveys always say they want) and to rebuild the supportive community around the nuclear family that so many seem to long for.

Yenor offers some interesting policy solutions here and there for the problems he sees. He suggests, for instance, that courts should more often award men custody in divorce disputes because women (who file for the vast majority of divorces and often acknowledge doing so for reasons that have more to do with emotional fulfillment than the well-being of themselves or their children) would be less likely to leave men. Yenor wants more Web-hosting companies held accountable for the pornography available through the websites they contract with. But many of his ideas don’t seem practical or compelling in the face of such large social dysfunction. In the rolling revolution, perhaps we can slow or temporarily divert the accelerating snowball—but at present, an avalanche seems all but inevitable. 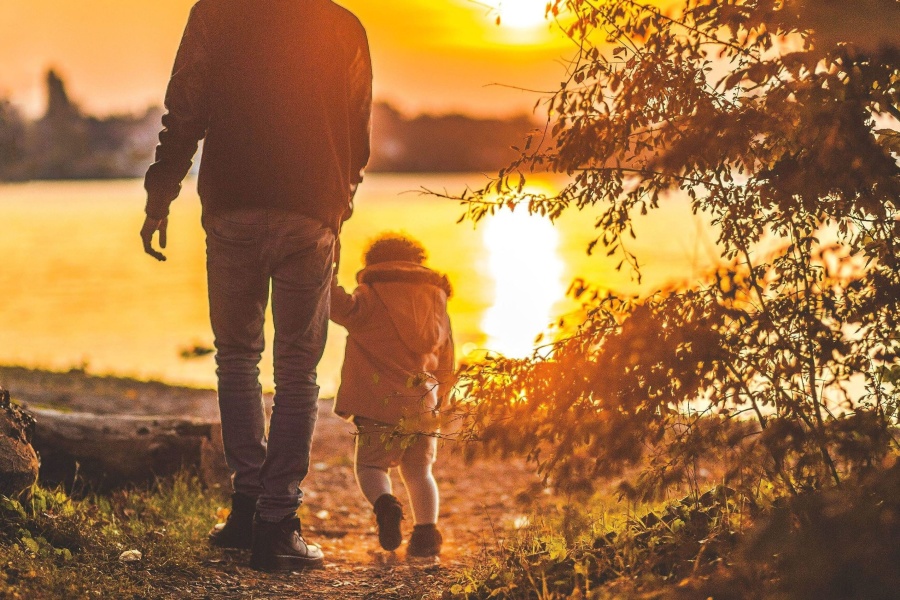 Wokeness and the English Language