Hardly a week goes by without a news item about the pro-blems that black students face in higher education and the efforts both public and private to ameliorate them. The Wall Street Journal recently reported that “more than 84% of college-educated Black households in their 30s have student debt, up from 35% three decades ago.… By comparison, 53% of white college-educated households in their 30s have debt, up from 27% three decades earlier.” Moreover, the article noted that students at historically black schools (HBCUs) are faring worse than others. “America’s 82 four-year HBCUs make up 5% of four-year institutions, but more than 50% of the 100 schools with the lowest three-year student-loan repayment rates.” One mother profiled by the Journal was struggling to pay off $62,000 in loans for her son who attended Howard University, who graduated with a political-science degree and $39,000 of his own debt.

The solution to this crisis, according to the established view of many policymakers and philanthropists, has been to give more money to these schools. The higher-education plan proposed by the Biden administration earlier this year included increased subsidies for students who attend “minorityserving” institutions. The schools themselves have recently used pandemic aid to forgive student debt, and Mackenzie Scott, the American businesswoman and ex-wife of Jeff Bezos, surprised several HBCUs this summer with gifts of tens of millions of dollars to each.

The money will not be enough to satisfy Adam Harris. In his new book, The State Must Provide: Why America’s Colleges Have Always Been Unequal—and How to Set Them Right, Harris suggests that state and federal governments and even other private colleges and universities should probably be paying billions or trillions of dollars in reparations. This is owed, he argues, to make up for the dearth of funding given to black college and graduate students since the mid-19th century.

Harris, a staff writer at the Atlantic, offers a mostly useful and detailed history of the battle to desegregate American higher education. From the first debates over the Morrill Act, which in 1862 funded land-grant universities, it was clear that the new mandate to expand access to higher education for all Americans would clash with a society that didn’t see blacks as capable of such learning or that didn’t want them learning alongside whites.

The State Must Provide chronicles the absurd lengths to which states would go in order to get around federal laws on providing education to black students. In the days after Plessy v. Ferguson, some states paid (a paltry amount) to send black students out of state to be educated rather than allow them to enter state universities. In 1938, a black student named Lloyd Gaines attempted to enroll at the University of Missouri’s law school. When Missouri offered to send him to law school in another state, “the NAACP lawyers [pointed out] a flaw in the separate but equal regime,” Harris writes. “For the system to work, there at least needed to be a separate offering; and the state needed to provide that offering. The out-of-state law schools could not train Gaines for a Missouri law career the way Missouri’s flagship could, by studying the laws specific to the state. Their argument highlighted a legal crack in Jim Crow’s edifice.”

The state attempted in the course of a few days to set up a law school with part-time instructors at the state capital, but there was a limit to how long states could pursue this strategy. In a later case against the University of Oklahoma, the state attempted to do the same thing but was faced with plaintiffs in a variety of graduate programs, from architectural engineering to zoology. As Harris writes, “Oklahoma had three options on the table: it could close the graduate programs the students were applying for (there would be no case if the programs did not exist for anyone), admit the students, or provide equal facilities for the Black students.”

The accounts provided by Harris of how the plaintiffs were chosen and vetted by the NAACP are also
well worth reading. George McLaurin, “whose wire-rimmed glasses sat neatly on the bridge of his nose, had lived a full life by the time he found himself applying for a doctoral degree in school administration at the University of Oklahoma.” Thurgood Marshall deemed McLaurin a particularly good candidate for a lawsuit because he was a married, “older man,” so “segregationists could not reasonably argue that his enrollment at the University of Oklahoma was for the purpose of interracial marriage.”

Today’s progressive activists would be mortified to read about these tactics, likely thinking of them as a capitulation to “respectability politics,” but this kind of strategic thinking won the day ultimately. For example, when James Meredith volunteered to be the test case for integrating the University of Mississippi in 1961, Marshall was reluctant to take on his case. “The proposition of desegregating Mississippi at the time seemed crazy, Marshall thought, and any black person willing to fight the racial caste system in that state surely had to be as well.”

The vast majority of The State Must Provide is devoted to the history of integration, but then Harris launches into a discussion of the 1978 Bakke decision, in which affirmative action was deemed constitutional but racial quotas were not. Here, he employs the same level of righteous indignation in favor of affirmative action and the underfunding of HBCUs in the 1970s and afterward as he does against the white supremacists running the University of Mississippi in the 1950s.

He’s also not opposed to begging the question. In 1971, a Jewish student named Marco DeFunis Jr. filed a lawsuit claiming that the University of Washington had discriminated against him by denying him admission even though it allowed in black students with lower test scores. Harris says that the lawsuit’s citation of the equal protection clause of the 14th Amendment “was essentially flipping on its head the clause meant to protect Black people from being discriminated against by the government.” But this depends on what one means by “flipping on its head.” Some would say that the 14th Amendment was intended to prevent all discrimination based on race. Moreover, plenty of American laws and policies that Harris would presumably support used the 14th Amendment as a legal justification while going well beyond its original context.

While Harris takes us far into the weeds on the details of certain debates, he cuts corners where it suits his purpose. In a discussion of one 1975 lawsuit requesting the end of racially discriminatory practices at colleges in Mississippi, Harris notes that the plaintiffs thought the SAT “and other qualifying examinations … placed Black students at a disadvantage.” Whether that was true Harris doesn’t ask. He concludes the discussion by mentioning that the SAT’s creator wrote in a 1923 book that “the test would prove the racial superiority of white Americans.” How it has subsequently been mastered by Chinese, Indians, Japanese, and Nigerians is a mystery Harris doesn’t explore.

WHICH BRINGS us to the problems Harris sees with the education of African Americans today. Here is the arc of history according to Harris: “National political leaders established colleges that locked Black people out. The Supreme Court argued that separate could be equal. State governments segregated schools. Then the court tried to walk back its mistake and argued that states could not segregate schools or public spaces, but the damage had already been done…. All told, there were a string of motifs that reveal a damning picture. Black students and colleges are trying to catch up but they have been held back for so long.”

But Harris barely entertains the possibility that there are other explanations for what is going wrong for blacks in higher education today. He devotes a single sentence to the problems in K–12 education for blacks, though he blames those on schools being “underresourced” and “segregated” by “decades of racist housing policy.” There is no mention of the high-performing charter schools that are almost entirely made up of black children. Such schools receive fewer state resources than the public schools they share buildings with, and yet they manage to send all their kids on to college. There is no mention of public schools in places such as New Jersey’s Camden City School District, where per-pupil spending was more than $28,000 during the 2017–18 school year—30 percent higher than the state’s average—and only 8 percent of students achieved proficiency in math and 14 percent achieved it in reading. There is no mention of a culture of the black underclass that undervalues education. And there is no mention that children in two-parent families are much more likely to graduate high school and go on to college than children in single-parent families—a family structure that affects the black community disproportionately.

Should we expect colleges to make up for these gaps? The six-year graduation rate at historically black schools is only 35 percent. Would you advise a talented black student to attend one? And what is the evidence that if colleges had more money they would do a better job educating students? It is true that HBCUs have higher success in graduating students in STEM fields, though many would reasonably attribute this to the lack of a “mismatch” problem found in standard colleges in universities: Because all their students are black, HBCUs are not admitting students who would be in over their head in difficult subjects but would satisfy a minority requirement.

Like most “reparations” plans, Harris’s proposals are short on details. In the second to last paragraph of the book, he writes: “It is uncertain what repair for higher education’s legacy could look like. It might be targeted debt cancellation and tuition-free college; it could look like cash transfers to students or the redistribution of endowments at a state level. States could base their funding formulas so that institutions that enroll more minority students receive a greater share of the pie.” How this would be done practically, let alone constitutionally, Harris doesn’t say.

The truth is that we need black students—and all students who are pursuing higher education in order to achieve upward mobility—to make decisions based on what colleges and majors are most likely to propel them toward a well-paying job and leave them with as little debt as possible. Some of those decisions will result in a young person attending an HBCU, but there are very few circumstances under which a political-science degree from Howard will be worth going $100,000 in debt.

Harris is angry that the “U.S. government has never atoned for what it has done to hamper the forward progress of Black people.” But his solution—dropping trillions of public dollars into higher education—has actually been tried many times over in recent decades and with little effect for people of any race. Reparations is a solution for people concerned with outward signs of contrition, but when it comes to the advancement of individual African Americans, the state can provide only so much. 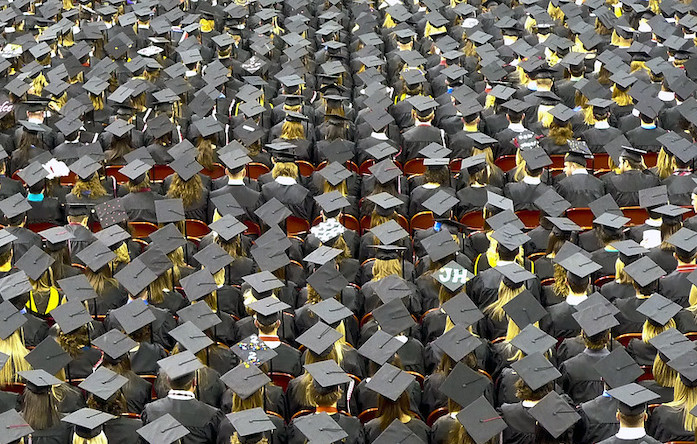 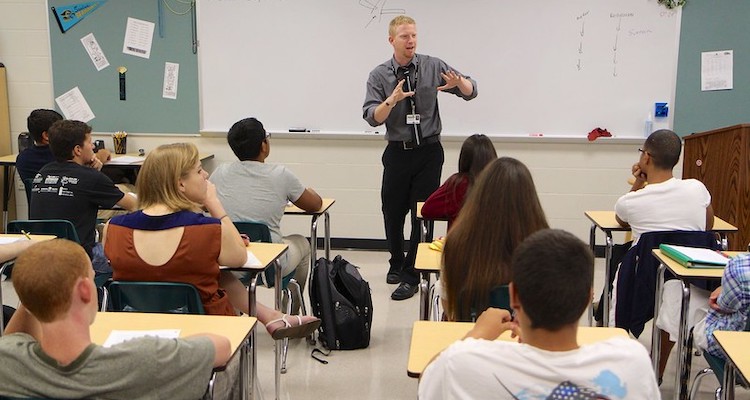 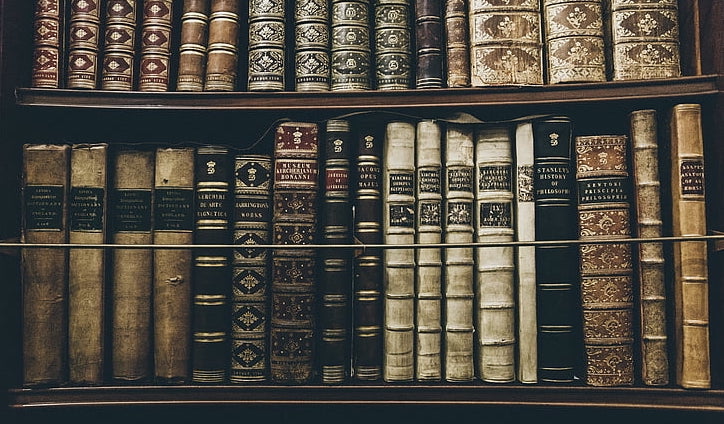 Don’t Know Much About