A few years ago, three things happened in the course of a single week in my life. First, a friend told me about a letter her daughter, then 11, had received from her closest summer-camp friend. The girl had some big news: She was now a boy. Then, another mother told me she and her daughter were sitting at a synagogue lunch when they were joined by a man who “presented” as a woman. And I received a lengthy email from my daughter’s swim coach at the local YWCA—a man whose missives had never included anything besides practice times and requests for volunteer timers—explaining that someone on the team had come out as transgender; the coach attached an entire Washington Post article explaining how we should treat the child and the proper pronouns we should use to refer to “them.”

I had been reading articles for years about the transgender movement; I knew someone in college who had transitioned. But suddenly every suburban mom I ran into had a story about her children’s school or extracurricular activity that involved a transgendered child. And the other thing was that, as thoroughly bizarre as many of these mothers found it—if a child was gay, they completely understood, but how can you just wake up one day and decide you’re actually a boy?—they dared not say anything, at least not above a whisper.

If you want to understand why suddenly it seems that (mostly) young girls from (mostly) white middle- or upper-class backgrounds (many of whom are in the same friend groups) have decided to start dressing like boys, cutting their hair short, changing their name to a masculine one, and even taking hormones, using chest compressors, and getting themselves surgically altered, you must read Abigail K. Shrier’s urgent new book, Irreversible Damage.

But the restrictions on freedom of speech demanded by the transgender movement are only the tip of the iceberg, as Shrier quickly realized. She was contacted by families of some of the girls involved, many of them desperate to get their story out, to explain how their children who had never showed the least sign of wanting to be a boy suddenly became convinced they had been born into the wrong body and that they needed to undertake drastic measures to alter their appearance. Indeed, if their parents didn’t go along with their demands, they would cut off their family, or even threaten suicide.

Shrier spoke to doctors and families and psychologists and researchers in an effort to understand this phenomenon. She writes: “The more I learned about the adolescents who suddenly identify as transgender, the more haunted I became by one question: What’s ailing these girls?”

And this, despite all the opprobrium that will doubtless be heaped on Shrier for writing this book, is exactly the right question to ask. What’s wrong with them and why do they all seem to be coming down with the same sickness?

Historically, gender dysphoria—“characterized by a severe and persistent discomfort in one’s own biological sex”—begins in early childhood. It affected a tiny sliver of the population and was almost exclusively found in boys. Around 10 years ago, all that changed. Now the number of cases has skyrocketed, the sufferers are overwhelmingly girls, and none of it is happening until adolescence. They’re generally from white families with higher incomes. And there are “clusters of adolescents in a single grade, suddenly discovering transgender identities together.”

Though gender dysphoria does seem to be “contagious”—and the parents who were most successful at getting their daughters to snap out of it were the ones who pulled them out of school, took away their access to social media, or even sent them to another state—it does not seem to present the way other medical issues do. First of all, patients make the diagnosis. Ordinarily, we don’t go to doctors explaining that we think we have pancreatic cancer and just expect them to treat it. We go to doctors with symptoms and expect them to run tests and find the source of our pain. When anorexics tell us they are too fat, we don’t expect medical professionals to agree and help them search for a Weight Watchers meeting. But when it comes to gender dysphoria, therapists are supposed to adhere to the “affirmative care standard,” which basically means telling a patient his or diagnosis is correct and then figuring out how to “treat” it.

And the treatment is unlike any other medical treatment. The doctors Shrier interviews explain that how much testosterone they offer patients is largely an aesthetic choice. How much facial hair do you want? How low do you want your voice to go? And unlike even cosmetic surgery, these treatments will (by their very nature) result in the destruction of certain healthy bodily functions. Cosmetic surgeons do not end the ability of their patients to breastfeed or give birth—but that is exactly what transition surgeons are doing.

It is not just the demand for self-mutilation that should tip us off to the cultish nature of this movement. What these girls are demanding is a great deal more serious than the tattoos or even “branding” that the recently infamous Nxvim cult was demanding of its adult members. But there are other aspects, too. Take the way that the transgender activists treat apostates, for instance. If someone decides to “de-transition”—that is, she starts to believe that her biological gender was the right one after all—she is shunned, harassed, and threatened online. And current believers are warned not to have anything to do with her.

And then there is the way that these girls find out about gender dysphoria to begin with. Usually it’s online or through friends who have found out online. They watch hour upon hour of YouTube videos by transgender stars, describing their transition and explaining how much happier their lives are now. (Shrier interestingly observes that the testosterone itself is a potent drug, making girls feel more confident and powerful.) Then these stars encourage girls to seek out help from therapists behind their parents’ backs—something a surprising number of schools are happy to comply with.

If their parents push back, the activists online give the girls a script to follow, explaining that they should threaten self-harm if they are not allowed to transition. And then this same online community will instruct them to cut themselves off from any family members who are less than supportive. Finally, these online celebrities and their followers will offer to be a replacement “glitter” family. Shrier is correct: This is exactly how cults work.

Typically, cults are most successful when they prey on people who are feeling vulnerable. Most of the families Shrier interviews seem to be well-off, with two involved parents who want only the best for their children. Part of the problem just lies in being an adolescent girl, which, as Shrier says, has never been very easy. Your body is changing, hormones are raging, and everything seems to be a source of embarrassment. Today, though, thanks to social media, Shrier notes, these embarrassments are harder to live down.

How bizarre it is that, after decades of giving girls the message that girls can do whatever they want and be whomever they want, what they have decided is that they don’t want to be girls.

Keeping their daughters out of this cult is not beyond parents’ control if they are vigilant. Shrier recommends restricting kids’ use of social media (and not buying them smartphones at all), but she also suggests that parents offer a different message from the one that feminists have used. Yes, “young women have more educational and career options today than they ever have,” she says. “Remember to tell your daughter that.” But also: “Tell her also that a woman’s most unique capacity—childbirth—is perhaps life’s greatest blessing…. She’s lucky. She’s special. She was born a girl. And being a woman is a gift, containing far too many joys to pass up.” 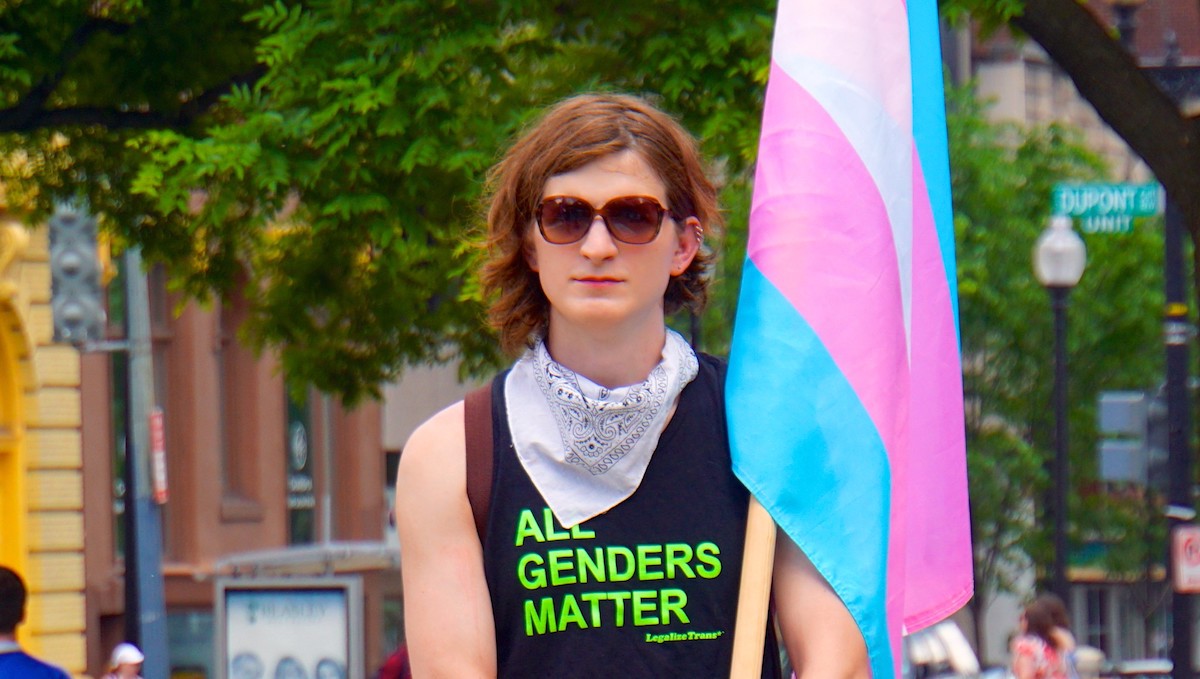 Naomi Schaefer Riley is a resident fellow at the American Enterprise Institute and a senior fellow at the Independent Women’s Forum.

Too Good to Check

Do Republicans Have a Plan After 2022?

Abortion Comes Roaring to the Fore 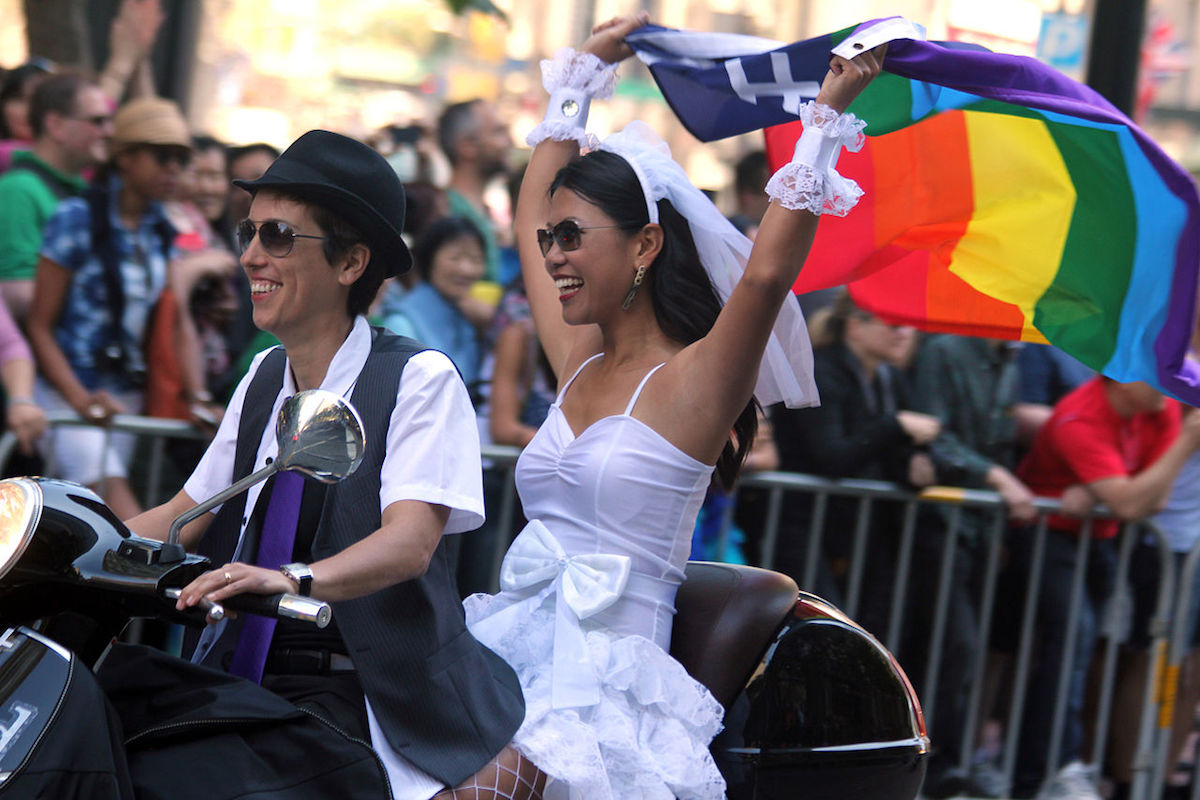 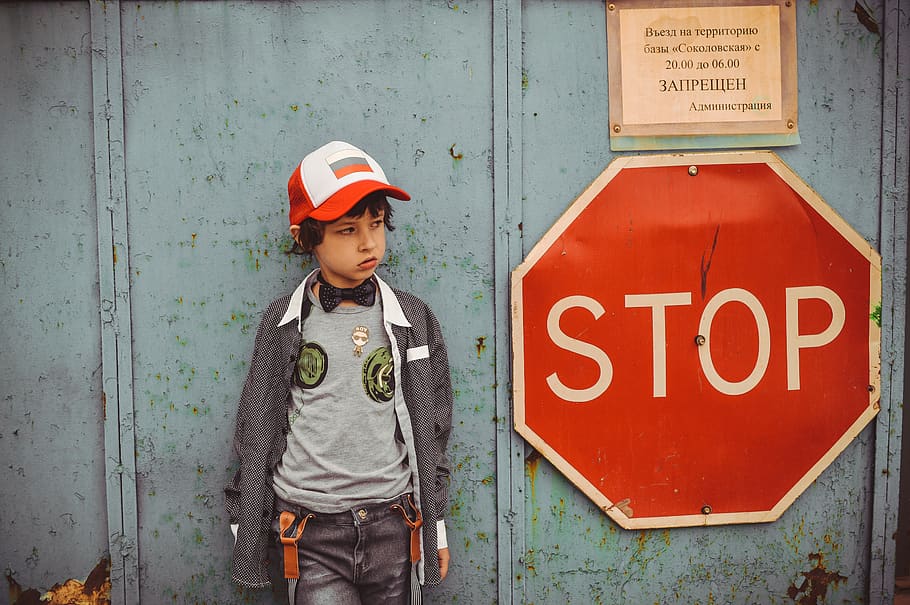