What can we do to admit and graduate more first-generation college students? This is a question that seems to animate much public policy these days. Intellectuals on the right and the left concerned with income inequality and the pace of upward mobility believe that getting students from less educated families into and through college should be among our highest priorities. And schools themselves have taken note.

This fall, during the first week of classes at College of the Holy Cross, for instance, first-generation students were offered daily special activities ranging from a career fair to a panel discussion to a student-faculty kickball game. An email announcing the daily activities explained: “The purpose of this week is to celebrate and highlight the successes and challenges of first-generation college students.”

But efforts by colleges to make these students feel welcome, defray (or eliminate) their financial burdens, and give them greater academic support are not enough, says Jennifer Morton, a philosophy professor at City College. In Moving Up Without Losing Your Way, Morton makes the case that we are not as honest as we should be about the real costs paid by those who aspire to improve their lot. She writes:

The traditional narrative of upward mobility in this country acknowledges the academic and financial hurdles that strivers have to overcome to succeed, but it does not do a good job of preparing students for the emotional, psychological, and ethical challenges they will confront. We rarely tell students that their success may come at the expense of some of the things that they hold most dear—their relationships with family and friends, their connection to their communities, and their sense of who they are and what matters to them.

Morton, who was a first-generation student at Princeton not so long ago, interviews 28 “strivers” about their experiences. Their stories are difficult and yet hardly unfamiliar. These first-generation students often have to work to support their families while they are in school. This means leaving their role as caretaker for younger siblings or older relatives while their families struggle to replace them. Even when they are at school, they find that the drama of family dysfunction follows them and distracts them from their studies.

One striver named Jeron, who made it out of public housing in Austin, Texas, to become a college counselor, tells Morton that “one of the more difficult aspects of his path upward had been not allowing himself to be ‘dragged’ back down by those who mattered most to him—family and friends.” He compares his situation to that of “crabs in a bucket,” each trying to claw its way out but getting pulled back in by others. The people he knew growing up “were going to sell drugs, play ball, join the military, or that was it,” he says. “Or you die and or go to prison.”

Morton notes that Jeron’s rise was unusual, even “miraculous,” and then she raises a “delicate issue.” She writes: “Should Jeron have to put that distance between himself and those with whom he grew up in order to find a better life for himself? The answer to that question is, I think, clearly no.” Morton concludes that there is a “fundamental problem with a society that pits the individual flourishing of some against their relationships with family, friends, and community.”

But here is a better question: Should the fact that Morton is a philosophy professor rather than a historian or social scientist excuse her from noticing that this is a fundamental tension in every free society since the beginning of time? The answer to that question is, I think, clearly no.

Morton argues that this is a problem that could be solved if we just offered more government assistance. She writes that “in many cases the reason family becomes a liability in the pursuit of educational opportunities is because there is no safety net for those who need it.” It’s true that family-related financial obligations contribute to the problems faced by first-generation students. But as colleges and the federal government pick up more and more of the financial cost—and offer flexible schedules, online classes, child care, and a variety of other benefits—these problems are becoming less salient.

The real issue is cultural. Morton suggests that college students whose parents are middle-class and went to college subscribe to the “independent cultural model”—whereby individuals are free to pursue their own preferences and interests independent of family and community interests—while first-generation students have an “interdependent cultural model,” in which the family and community’s interests are prioritized. The problem with this notion, however, is that there are many non-middle-class families and communities that prioritize a student’s achievement. Indeed, they see individual achievement as the key to bringing up the rest of the family, and they are willing to make sacrifices for that to happen.

This is certainly true of many immigrant families. The whole point of coming across the border or across the ocean, according to immigrant parents and grandparents, was to allow younger generations to succeed. Though they have valued education to greater and lesser degrees, successive waves of immigrants have made it a priority to give their children the tools to succeed economically. This is most evident today among Asian Americans.

But for communities that are poor but not the product of recent immigration, attitudes toward education and success can be markedly different. This goes beyond African-American kids being told that doing well in school is “acting white.” When I visited American-Indian communities, I would hear from students who made it to college—even a state college not that far from home—that their families would encourage them to come home. At the first sign of struggle, some parents would all but tell their children to throw in the towel. When an elite private school in Buffalo was going to partner with the nearby Seneca people to open a school on the territory, the parents were the ones who said it would just be too hard for their kids and the school shouldn’t bother.

The cultures of government dependence and low expectations that pervade these communities have made life much harder for first-generation students because they are taught that education, hard work, and economic success are someone else’s values and incompatible with maintaining a close family.

Morton is guilty of adding to this nonsense. She tells the story of one of her students, Raja, who did well on his writing assignments but never spoke up in class. When she (and Raja’s brother) told him that he would need to be able to share his views with other people in order to succeed in his chosen profession of medicine, he eventually relented. Morton says that this “may seem like a success story,” but she also worries about Raja’s “story of acculturation,” particularly the idea that he is “forced to reinvent himself to fit into the culture.”

And this is where Morton seems caught. She goes on at length about how we should encourage students to succeed but also warn them about the “ethical costs” of doing so. She worries that they will have to abandon their values and suggests that perhaps they should go into professions such as teaching or social work to help their communities. From this muddle, questions abound. How is Morton’s career advice going to solve, say, the black–white wealth gap? Alternatively, if these students end up working on Wall Street, won’t they have to pretend to be just like wealthy white people? And won’t that be a betrayal of their own identities?

These are not silly questions. But there is no good way of fixing all of these tensions, even with a larger safety net, because the challenges of assimilation in the United States arise from decisions made by individuals in a free country. In a perfectly just society, Morton imagines, individuals could excel without having to make sacrifices, and young men and women could succeed economically and bring their entire community along with them. But in this reality, the best way we know to lift people out of poverty is to offer them individual freedom.

Morton writes that “so many of those who got in touch with me told me that they did so because they felt that this project was important.” She goes on: “Many of them wished that they had a book that would have helped them make sense of their experiences.” But Morton’s “ethical” philosophical account of the moving-up process is not the type of book they needed. Someone else might have recommended some novels to these strivers. Works from Great Expectations to The Rise of David Levinsky to The Joy Luck Club might have shown them that such tensions are neither new nor easy and can be resolved only by those who live through them. 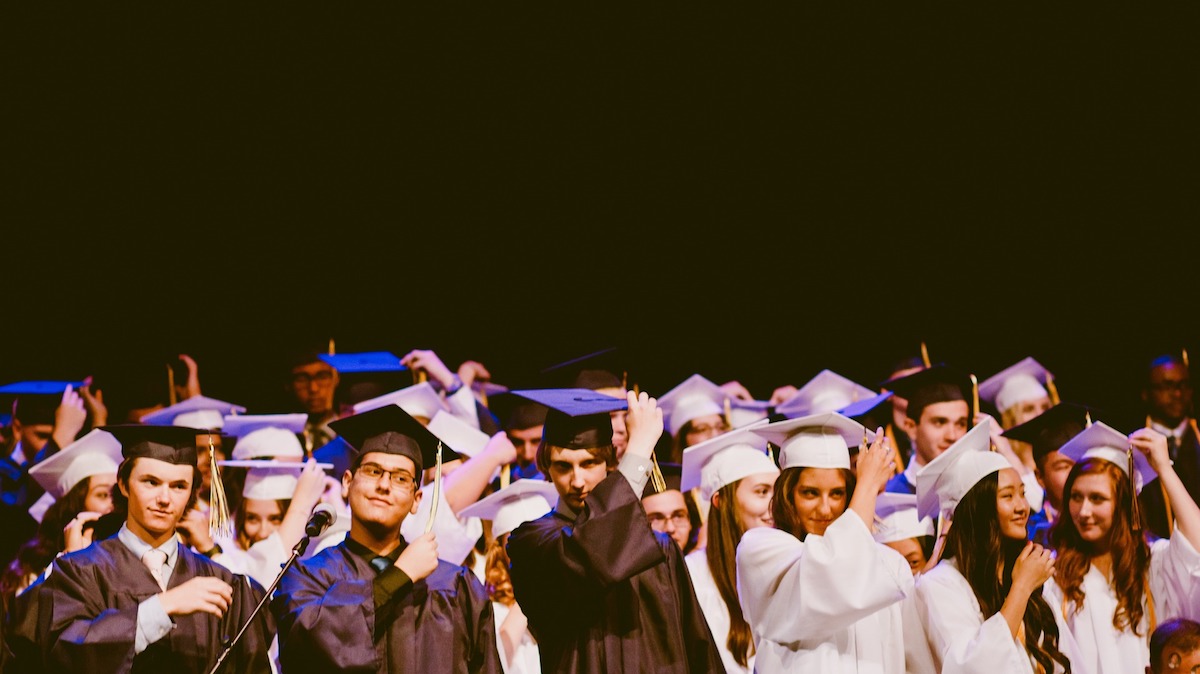 Naomi Schaefer Riley is a resident fellow at the American Enterprise Institute and a senior fellow at the Independent Women’s Forum. Her new book is called No Way to Treat a Child: How the Foster Care System, Family Courts, and Racial Activists are Wrecking Young Lives (Bombardier Books).