hy do Millennials like socialism? According to a recent poll, 58 percent of Americans between the ages of 18 and 25 have a favorable view of it, compared with only 23 percent of those between 55 and 64. It would be easy to chalk up this difference to the idea that people get smarter as they get older. But there are other reasons that this generation has soured on capitalism and that their views may not change much as they get older.

Start with this: Ninety percent of Americans born in 1940 made more money than their parents. But as Malcolm Harris writes in his book Kids These Days, “it’s a coin flip whether or not we’ll out-earn Mom and Dad.” Nor, he argues, is this a problem that America can grow its way out of.  “The American dream isn’t fading,” he says. “It’s being hoarded.” Harris suggests that America is no longer a country of social mobility—and, more sobering, the problem is not only class stratification but generational decline.

Harris is not an economist or a politician. He is a journalist born in 1988 and he seems to fancy himself—to borrow a phrase from Lena Dunham—a voice of his generation. He suggests that all the familiar complaints older people have about his cohort—that they are snowflakes, that they are lazy, that they are narcissists—are really the result of the circumstances they were put in by their elders.

“Over the past 40 years,” Harris argues, “we have witnessed an accelerated and unprecedented pace of change” The capitalist system is one that is “based on speed, and the speed is always increasing.” This growth “requires a different kind of person, one whose abilities, skills, emotions and even sleep schedule are in sync with their role in the economy.”

When politicians, policymakers, and businesspeople talk in rosy terms about the need to develop “human capital,” Harris sees something nefarious going on. The forces of society have aligned to make us “think about young people the way industry and the government already do: as investments [or] productive machinery.”

The training begins very young: “In the shadow of this high-stakes rat race, child-rearing has gone from harm prevention to risk elimination.” The claim here will be familiar to anyone who has come into contact with children in the past two decades. More of their time is supervised. More is spent on homework and in organized sports and extracurricular activities than ever before. They have fewer opportunities to hang out with friends or simply pursue the activities that interest them. “American kids and teens, across race, gender, and class lines are spending less time doing things that make them happy,” Harris claims, “and more time doing things that make them especially unhappy.”

Now parents can focus all of their attention on one or two children, and if we don’t do everything in our power to make sure they finish college and are employable in a white-collar job, we have failed. Harris argues that this way of thinking is responsible for kids being assigned multiple hours of homework each night with little discernible impact on their educational performance. Meanwhile, the zero-tolerance policies at schools that can get kids suspended or kicked out for looking at another child the wrong way are secretly a way to make sure kids stay on the straight and narrow path to a productive job—a path that is laid out before kindergarten begins.

But while parents (and schools) may have made this their goal, society’s forces seem to have aligned to make that goal less attainable. Harris argues, correctly in my view, that throwing everyone into college and using government loans to pay for it has created a system stacked against the students: “As anyone who has seen an infomercial knows, affordability isn’t just about cost, it’s about the repayment terms.” He writes: “Washington’s program for higher education accessibility isn’t based on the ‘No one turned away for lack of funds’ logic of a punk show at a Unitarian church; it’s closer to ‘At no money down anyone can get behind the wheel of a brand-new Mustang.’ This is how the president can call an escalation in average student debt an achievement in accessibility.”

The president he is talking about is Barack Obama. Harris criticizes both Republicans and Democrats for the problems resulting from a push for universal higher education and federal financing of it. The ideas that supposedly alleviate the financial burdens—like letting students pay off a percentage of their income over long periods of time—are little more than indentured servitude to the government. Harris has a reasonable understanding of the perverse incentives and crony capitalism that have made much of higher education so expensive and so useless. But rather than conclude that maybe the government shouldn’t be in the higher education business at all, he blames corporate America for these problems.

Harris wonders about the purpose of this push for more college access. The jobs Americans have today are worse than before. They are working longer hours, for lower wages and less security. In a chapter called “Work (Sucks)”—I don’t understand the parentheses, either—Harris concludes that “the owners of land, real estate, stocks and bonds have increased their rate of gain at the expense of everyone else.” Moreover, “the path from worker to owner gets steeper and more treacherous, and since few Millennials are born with a stock portfolio, fewer of us will make it up the mountain than in past generations.” Finally, he suggests that there are a “sufficient number of Millennials … willing to do whatever it takes to be a winner in the 21st-century economy. There are many more of us willing to do the work than there is space on the victors’ podium.”

This last claim is especially odd, as a dip in the birth rate means there are fewer 18- to 25-year-olds than there have been in decades; colleges are actually scrambling to trim faculty in order to prepare for this baby bust. Maybe the post-college podium seems crowded, but in reality it hasn’t gotten worse. As for the idea that this generation wasn’t born with a “stock portfolio,” you may rightly wonder which one was.

Throughout Kids These Days, Harris returns to his worry that we are living in a gig economy, that too many of the costs of training for jobs, of getting into particular fields have been pushed onto the shoulders of individuals. Government is not picking up the slack—or not effectively—and neither are businesses. Sure, it’s nice that the barriers to entry have lowered—anyone can be a wealthy YouTube star now—but at what cost? It’s every Millennial for himself.

Again, we might ask: Compared with whom? Like many commentators on the left and the right, Harris seems to long for the America of the 1950s and ’60s. He sings the praises of days when union membership was higher. What Harris wants is “solidarity.” He is at a loss for how to regain it. At the end of the book, he advises readers that the usual liberal solutions are not going to improve our society. It won’t help to buy environmentally friendly products or give to charity—“a lot of nonprofit work … involves sucking up to rich people.” Forget about protesting—the police will outgun you and outlast you. Voting is nice but the system is rigged. He even throws his hands up at the favorite idea of keeping money out of politics—if people had the power to pass “a constitutional amendment to disconnect economic and political power, then we wouldn’t need the reform in the first place!”

The fact that Harris rejects these feel-good liberal impulses may give us hope that the Millennials might just develop some common sense after all. But the fact that Harris cannot think of a single thing people can do to improve their lot is also telling. There is no mention of religious communities or local politics. Forget about bowling leagues or other voluntary organizations—the idea of strengthening family bonds (or the idea that they have been weakened in recent decades) is completely absent. If Harris is right, the Millennial generation offers fertile ground for conservatives looking to recruit those who are tired of politically correct nostrums and who wonder if human beings might be more than cogs in a political and economic machine. 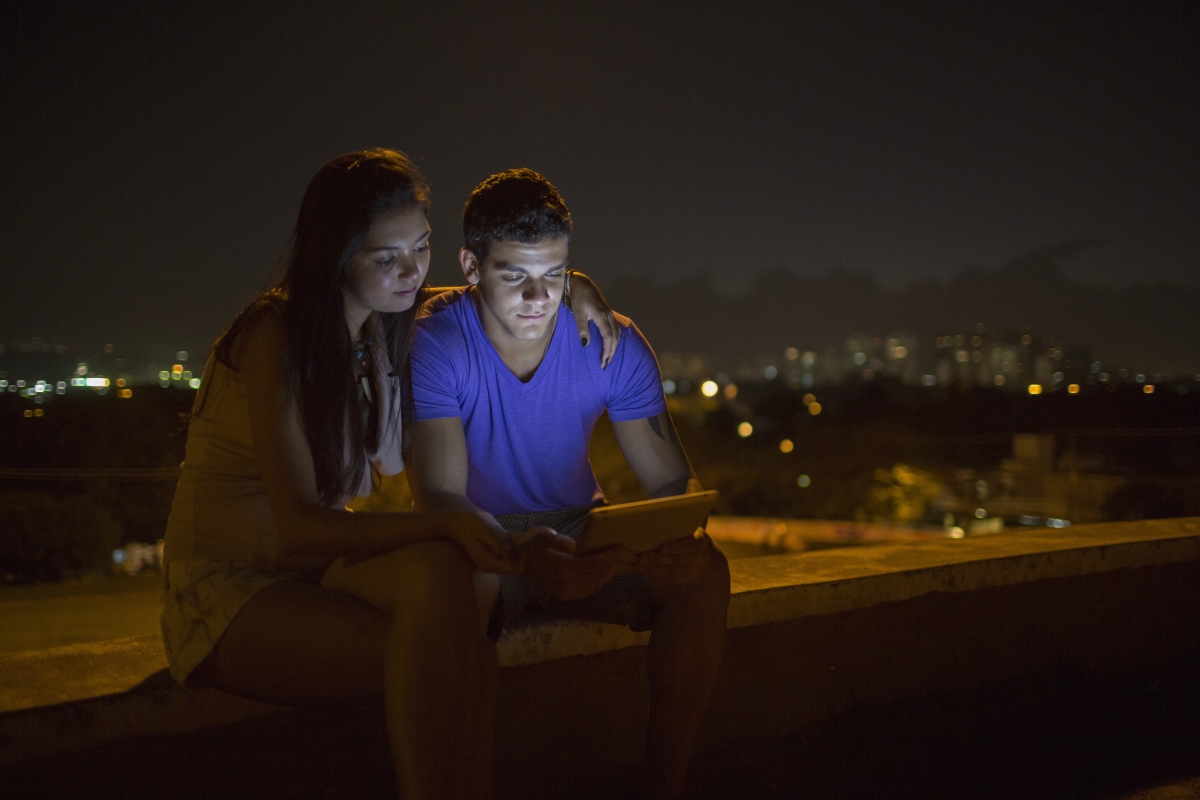