he publication of this book is an event. Here the psychiatrist in chief at the New York–Presbyterian/Columbia University Medical Center, Jeffrey A. Lieberman, presents a version of the recent history of psychiatry. As his subtitle implies, he holds that psychiatric progress is a story unknown or underappreciated by the public and as a result many people continue to scorn and stigmatize the patients psychiatrists serve while those in need of psychiatric care fail to seek it.
Dr. Lieberman hopes with this book to illuminate and inspire all such people, and certainly his book gives the reader a view into the official position of American psychiatry—a matter most interesting in itself.

First, though, a gripe provoked by the author’s choice of title, Shrinks. This term—that he uses repeatedly in referring to his professional colleagues—vexes anyone who thinks psychiatry is a serious profession. Would a contemporary surgeon in a book intended to illuminate modern surgical practice entitle it and refer to his fellows as “saw-bones”? 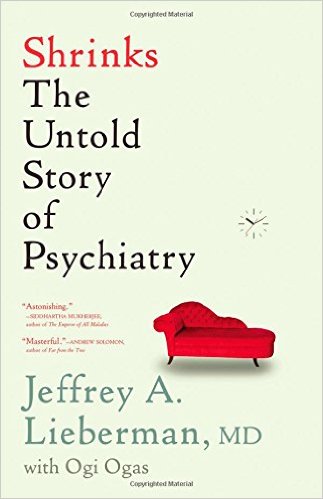 Shrinks, by Jeffrey A. Lieberman, M.D.

More to the point, all resolute psychiatric enterprises, both diagnostic and therapeutic, rather than being efforts to shrink a patient’s mind strive to expand it, as in its assumptions, its understandings, and its sympathies.
This is a minor point, as the author’s use of the term “shrinks” goes along with the rah-rah tone infusing the book. The author is a confident, kindly intended academic who feels good about recent achievements and imagines a happy future for the discipline.

What is more important is that this book, as with most that aim to celebrate professional progress, exemplifies what Herbert Butterfield dubbed “whiggish” history—imbuing the portrayal of the past with the triumphant presumptions of today.
The term applies to Dr. Lieberman’s book because, in telling the story of psychiatry, he emphasizes positive matters but skips by problematic ones. He gives us an account of progress that avoids—and even raises—some serious questions not only about the course of that history but about the present state of the discipline.

The author describes the remarkable skills employed by Dr. Robert Spitzer to get American psychiatrists to accept an entirely new way of making psychiatric diagnoses


Dr. Lieberman divides the book into three parts: the “story of diagnosis,” the “story of treatment,” and, to conclude, a section entitled “psychiatry reborn” where he touches on recent advances in neurobiologic research and their promise for psychiatry.

In the “story of diagnosis” section, he describes how psychiatrists early in the last century based their diagnostic impressions on such theories of mind as psychoanalysis. A casual and mostly advisory official diagnostic scheme worked for them as long as that approach was the only treatment.

A fundamental challenge to casual diagnoses emerged with the discovery in the 1960s that certain medications such as lithium and chlorpromazine relieved particular mental syndromes such as mania and schizophrenia. This meant that some psychiatric conditions were probably biological, brain-based illnesses (like epilepsy) and effective treatment would rest on accurate diagnosis.

This produced much turmoil and confusion—and one or two remarkable lawsuits. In perhaps the best part of the book, Dr. Lieberman describes the remarkable diplomatic and psychiatric skills employed by Dr. Robert Spitzer, to get American psychiatrists, dominated as they were by Freudian psychoanalysts, to accept from the American Psychiatric Association (APA), in the form of a new and 3rd edition of its Diagnostic and Statistical Manual (DSM-III), an entirely new way of making psychiatric diagnoses—diagnoses that psychiatrists could use in a consistent, reliable fashion.

Spitzer finessed all the theories of the warring psychoanalytic and biological psychiatrists by building this new manual on what all psychiatrists could agree about—namely the symptoms the patients presented to them. The publication in 1980 of DSM-III (ever dubbed by our author “the Bible” for psychiatrists) culminates this section of the book.

Dr. Lieberman skips by several issues in this section. The most important one is that Spitzer considered that the DSM-III approach to diagnosis had to be a provisional one. He knew that its method of naming disorders by their symptomatic appearances in the same way naturalists name birds by their shapes, colors, cries, etc. functioned like a field guide—a way of codifying rather than rightfully classifying the maladies.

Dr. Spitzer knew that mere consistency in diagnosis need not, and in DSM does not, bring with it comprehension of mental conditions. DSM-III allows psychiatrists to say that they know of mental disorders (in that they can name them and distinguish them from one another), but it does not lead them to know about mental disorders (as in explaining them, treating them rationally, or grasping how to prevent them).

The fact that 35 years later, a full generation, official psychiatry has not moved from this provisional field-guide approach but has sustained it right into the fifth edition of the DSM (DSM-5) speaks to a grave obstacle to thought within the discipline. In his “whiggish” way, Dr. Lieberman does not identify or explain it.

Rather, he moves to the book’s next section, “story of treatment,” where he also displays the strengths and weaknesses of whiggish history. After a brief description of some of the desperate treatments psychiatrists have employed (with frontal lobotomy probably the worst in both its inspiration and effects), Dr. Lieberman reverts to the 1970s and the early discoveries in pharmacology that transformed the discipline.

He begins in an amusing fashion by describing his own adventures taking LSD as an undergraduate. The delirious features it produced showed him how certain chemicals can, in tiny doses, profoundly affect the brain and mind.

He follows this thought by describing the clinical successes that emerged with the discovery (mostly by accident) of such psychopharmacological treatments as lithium, the “anti-psychotic” medications (i.e., chlorpromazine et al.), and the “anti-depressants” (i.e., imipramine et al.).

These pharmacological discoveries changed the face of psychiatric practice radically by making it possible for psychiatrists to help patients recover from serious and incapacitating illnesses. It is this advance that Dr. Lieberman wants the public to know about and trust. And what he says about these matters is authoritative because he himself is an expert in treating schizophrenia.

Again, though, he skips over two matters of considerable concern. First, most psychiatric medications were discovered by accident and work on poorly understood mechanisms. As a result, they are used today by a practice best described as rule-of-thumb and trial-and-error. They are often overused, given that psychiatrists, with DSM as a guide, identify patients solely by their symptoms and treat them by formula.

Well-known examples of this problem include the excess use of Ritalin among restless school boys and the overly prompt turn to anti-depressants with grieving people, to the neglect of appropriate social and psychological care for them.
Second, and not trivial, the promise of psychopharmacology has not been sustained. Little or no progress in discovering new medications has occurred in the past few decades.

Dr. Lieberman mentions neither of these matters as he “accentuates the positive” in his history of contemporary psychiatry.

In the last section, “psychiatry reborn,” he describes some of the progress in neuroscience and genetics related to mental life and its disorders. Here Dr. Lieberman also usefully outlines such new psychotherapies as Cognitive Behavioral Therapy. He describes some research that may bring about new treatments. And there are pleasing sketches of the lives and contributions of such eminent scientists and psychiatrists as Eric Kandel and Aaron (“Tim”) Beck.

Here, though, the whiggish quality of this book is most evident. The neurobiological advances the author would have us applaud are actually modest. Even the nationally proclaimed “Decade of the Brain” (1990s) did little to enhance psychiatric knowledge. This failure to provide new science justified the APA editors in bringing out

DSM-5 without significant changes—it being little more than “Son of DSM-IV.”

And yet, at the end of this section (and of the book), the author bathes the present state of psychiatry in borrowed glory. He closes by quoting Churchill’s proud call as the Allied forces turned the tide of World War II: “This is not the end. It is not even the beginning of the end. But it is, perhaps, the end of the beginning.”

Psychiatry, alas, has not reached this happy point. “The end of the beginning” in a science—medical or physical—arrives only with the discovery of some “formative ” principle or principles whence progress, as in the unfolding of the implications within that principle, can occur. Until such formative principles are discerned, the enterprise does not rise above assembling facts: collecting and naming what can be noticed. No formative principle or principles link the function of the brain to mental disorders, and until such is discerned, psychiatry will remain at the naming and describing level—far from the end of its beginning, contra Lieberman.

Can this book inspire patients who might need psychiatric help? Does it answer questions that might be theirs? For that purpose, I’d describe this book as too much “inside baseball.”


Examples of formative principles that brought an end to the beginning in other sciences include Mendel’s principles for heredity and genetics, the germ theory of disease from Pasteur and Koch, Darwin and natural selection for evolution. Beyond biology, there were Newton’s gravitational laws for astronomy, the tectonic-plate theory for geology, and so on.

The end of the beginning for cardiology came when William Harvey wrote De Motu Cordis in 1628. Therein he described how the heart acted as a pump, how the blood circulated, and how the experimental method could advance human physiology. Everything in cardiology—from understanding a patient’s symptoms to discovering mechanism-based medications, right on to transplanting hearts today—rests on that foundation.

Psychiatry has no Harvey. And if DSM-5 is its “Bible,” then the “end of the beginning” for psychiatry looks decades away.

So much then for the book as history: good in parts but far from comprehensive. But can it inspire patients who might need psychiatric help? Does this book answer questions that might be theirs?

For that purpose, I’d describe this book as too much “inside baseball.” It provides details about professionals doing business, but nothing on what you need to follow the play.

Nowhere does the author describe just how a psychiatrist comes to know a patient, understand what might be his or her trouble, discern whether that trouble is self-limited and manageable or in need of vigorous treatments. Specifically, he fails to identify what differentiates conditions needing physical from those responding to psychological treatment.

But this explains why the publication of this book is such an important event. It demonstrates, perhaps unwittingly, how psychiatry is in crisis today—different from but just as crippling as the crisis of diagnosis and treatment that provoked Robert Spitzer to bring about DSM-III.

It demonstrates that psychiatrists have retreated into a professional stronghold fortified by their confidence in DSM-5. There, they cheer one another on even as they encourage patients to trust them. Not only do many now fail to explain their practices in any way that’s more coherent than noting to a patient, “you fit DSM diagnostic criteria”; they have also given up on the contemplative ways of thought that had once characterized psychiatric life. They sit in wait, believing that neuroscientists will eventually explain mental disorders to them—and will do so without prompts from them about where and how to look.

That’s the untold, but true, story of the book. Perhaps it will inspire someone—a Harvey of the brain and mind—to defy and fix this wretched state of affairs. 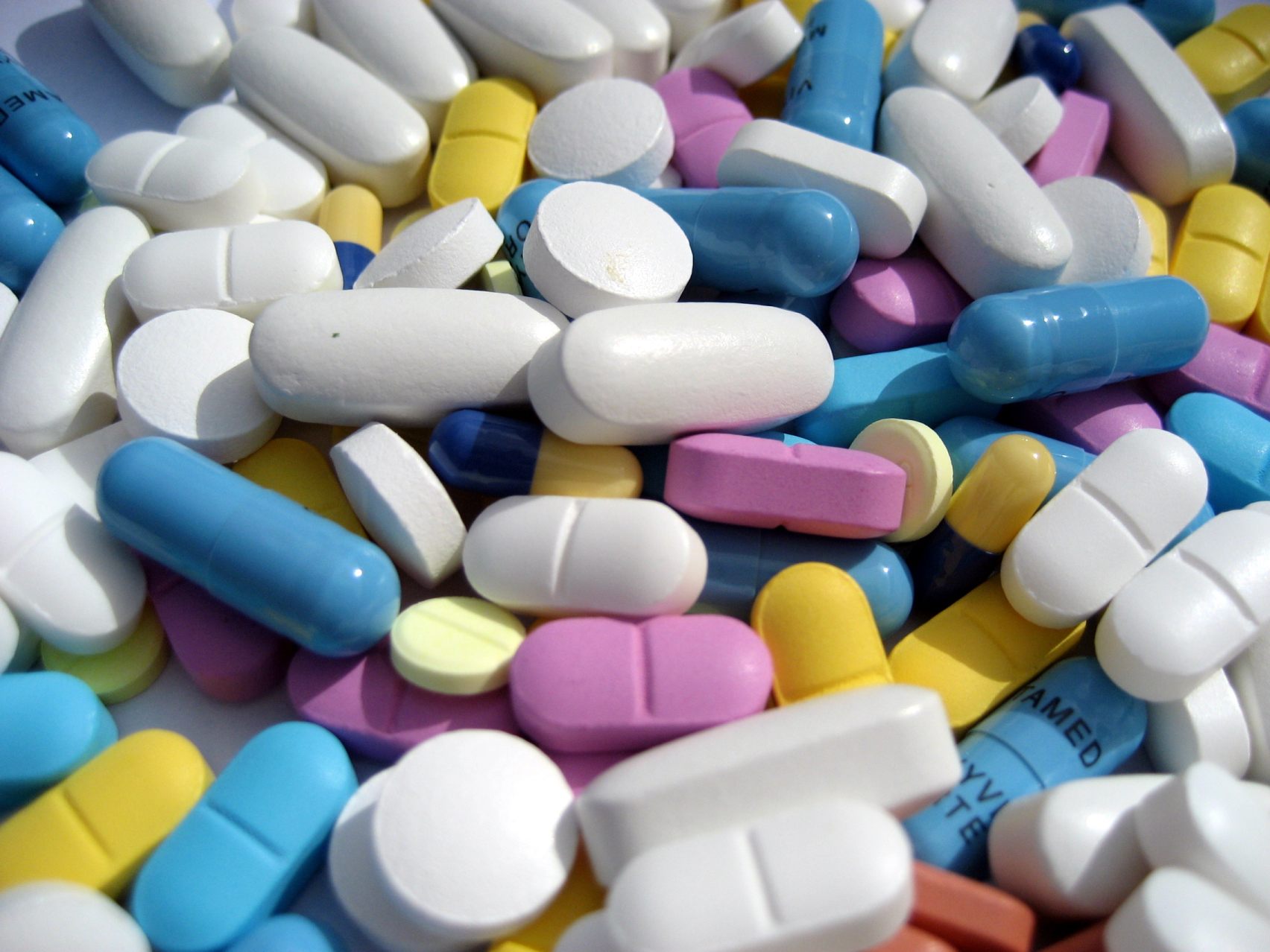