James C. Mohr’s Abortion in America is a scholarly history of the origins of the 19th-century anti-abortion laws that were more or less in force until 1973, when they were overturned by the Supreme Court decision legalizing abortion (Roe v. Wade). The book fills a void in American social and political history, bringing together some fascinating data that have been awaiting just such a general historical treatment.

Mohr reveals that there was a startling increase in abortion rates in 19th-century America—from about one in every thirty live births around 1800 to about one in every five by 1870, a figure which is not far behind our own present rate. From an act of last resort for the unmarried at the beginning of the 19th century, abortion had become by mid-century a common practice among middle-and upper-class married women. It was in response to these developments that an anti-abortion crusade was launched that by 1880 completely outlawed abortion in the United States.

According to Mohr, almost the entire responsibility for the enactment of the new anti-abortion laws lay with the elite of the nation’s fledgling medical profession. Their efforts were motivated in part by conditions then prevailing in the field of medicine. Mohr points out that throughout the first half of the 19th century there was no dominant professional mode of medical practice, and regular physicians, trained in science at established medical schools, had to compete for patients with a variety of lay healers, folk doctors, and outright quacks, all of whom willingly performed abortions. Abortion, then, was simply one of numerous medical practices that bona-fide medical practitioners sought to regulate out of existence in order to eliminate the competition and enforce a single standard of practice.

To be sure, Mohr mentions other motives behind what he calls “the physicians’ crusade against abortion.” To oppose abortion at any point during a pregnancy was after all in accordance with the Hippocratic oath, to which the physicians alone among their competitors subscribed. As men of science, moreover, their knowledge of conception and gestation would have led them to reject the prevailing view that before “quickening” the fetus was inert matter, somehow not fully human. Even more than clergymen, 19th-century physicians “defended the value of human life per se as an absolute,” which is why the laws they pushed through state legislatures in the 1860’s and 1870’s typically protected the fetus as well as the mother against the crime of abortion.

Nevertheless, although Mohr does mention all these principled motives behind the physicians’ opposition to abortion, in the end he dismisses them in favor of his argument from self-interest. He summarizes that argument as follows:

The two chief pressures that produced the anti-abortion laws in the first place [were] the short-term interests of regular physicians in the face of an unprecedented crisis in the history of medical practice in the United States and the shift in the sociodemographic role of abortion in America. . . .

Mohr is not alone in this view. Indeed, playing down or ignoring the principled basis of 19th-century anti-abortion laws has by now become a convention. Justice Blackmun, for example, writing in Roe v. Wade, relied heavily on the argument that the sole intent of the anti-abortion laws of the 19th century was not the protection of the fetus, but the protection of the health and safety of the mother from a dangerous procedure. Even a century ago, in other words, abortion was an issue not of morality but of practicality and/or self-interest. Why then—this is the unspoken question that lurks behind such an analysis—should it be treated as a moral issue today?

Yet this reasoning is not supported by the evidence. As Mohr himself concedes, there was more to the anti-abortion crusade of the 19th century than a concern for professional advancement on the part of physicians. Although he provides no convincing evidence with which to evaluate the relative importance of the different motives he examines, Mohr chooses to emphasize those that suit his purpose, and in doing so he ignores the richness and complexity of his own findings.

The anti-abortion laws of the 19th century, in Mohr’s view, represented an “attempt to impose criminal proscription as the national norm.” But if doctors were truly imposing their self-interested views on a society increasingly reliant on abortion, why did they meet with so little resistance? And why were the laws so effective? Were people simply duped by the articulate and well-organized physicians? Mohr deals with these questions by avoiding them. “The precise process whereby those changes took place in the popular mind,” he writes, “is much too intricate to be explained here. . . .” He simply refuses to consider the possibility that anti-abortion laws addressed a collective conscience that acknowledged, however reluctantly, the moral troublesomeness of abortion.

A similar inability to deal forthrightly with popular disapproval of abortion pervades The Ambivalence of Abortion by Linda Bird Francke, a journalist and former editor at Newsweek. Based on interviews with women (and their husbands and lovers) who have opted for abortion, this book might more accurately have been called The Ambivalence of Having an Abortion. It is important to remember that Mrs. Francke’s sample is biased. She interviews no one who has decided against having an abortion, and, significantly, she never mentions that a majority of Americans still oppose abortion on demand.

Even so, Mrs. Francke uncovers considerable shame and guilt about abortion. Talking to people around the country who, for the most part, have had abortions since the 1973 decision, she finds significant regional variation in attitudes. Women undergoing abortions at clinics in the Midwest and the South, for example, are known by their first names only, or by number; as one counselor in an Ohio clinic put it: “No one I’ve ever seen here wants anyone else to find out who they are.” In Atlanta, the director of a clinic admits: “Abortion is not accepted here. We’re still working on it.” Mrs. Francke reports honestly on the difficulty clinics around the country have in retaining women doctors (who tend to become revolted by the work) and on the negative effects upon doctors who do nothing but perform abortions all the time.

Mrs. Francke found no one whose relationship with her partner had not been seriously affected by the abortion. She reports that “almost every relationship between single people broke up either before or after the abortion” and describes a generalized mutual lack of interest in sex after abortion. Among married couples she found severe stress and, in a few cases, permanent damage to the marriage as a result of the wife’s undergoing an abortion.

But like Mohr, Mrs. Francke too seems unwilling to face up to the implications of her own findings. After describing in some detail the torment and anguish of men whose partners have had abortions, she concludes without the slightest qualification that “regardless of whether [a woman] chooses to continue her pregnancy or to terminate it through abortion, it is her decision alone.” For Mrs. Francke, indeed, this appears to be the essence of the abortion issue. For some of the women she interviews, abortion is “just solving a problem”; for others, it is more difficult—“the best thing rather than the right thing.” But in either case, as far as Mrs. Francke is concerned, the decision to have an abortion is only a personal one—a “life-style choice,” as she approvingly quotes an official of Planned Parenthood. She seems incapable of granting that the issue has any public, social ramifications whatsoever. Commenting on the passionate responses to an op-ed article she published in the New York Times (and which became the basis of her book), she writes:

The varied responses to my abortion article do not surprise me at all. They are all right. And they are all wrong. There is no issue so fundamental as the giving of life, or the cessation of it. These decisions are the most personal one can ever make and each person facing them reacts in her own way.

This casual reduction of such a “fundamental issue” as “the cessation of life” to the dimensions of a mere personal dilemma is the distinguishing mark of Mrs. Francke’s approach to her subject. The Ambivalence of Abortion does make an effort to inform women more fully about the consequences of their decisions, and to tell one truth about abortion that is seldom heard—that it is psychologically and physically traumatic. Yet what the book offers in the end is little more than a refined cost-benefit analysis.

In Abortion in America, James C. Mohr asks us to believe that American society came to abhor abortion as the result of the machinations of a small group of ambitious professionals. It was the abiding residue of their efforts, he concludes, that was finally swept away in 1973—and not any public witness against the taking of life. Mrs. Francke, too, applauds the Supreme Court decision, despite her apprehensions over some of its effects, and reaffirms the idea that abortion is nothing more than a matter of personal choice. Both books sedulously refrain from even raising the question of abortion as an issue of public morality, and both thus contribute to the atmosphere of bad faith in which this tormenting subject continues to be discussed. 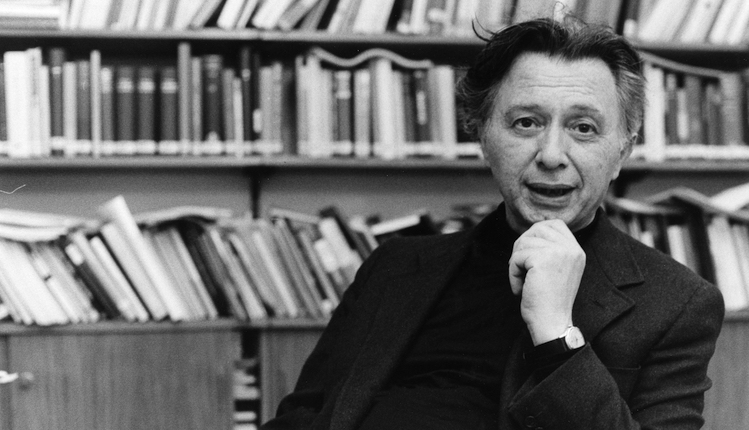