Out here in Hollywood, we never quite figured out how to deal with President Donald Trump, which was surprising, because if there’s any community that knows how to deal with irrational, misinformed narcissists with way too much power, we’re your huckleberries.

Petty and emotional behavior is distributed pretty widely in the 310, 213, 818, and 424 telephone area codes—I’m setting aside for the moment the vast quantity of entertainment-industry psychopaths with a 212 in their contact card—so despite the policy differences, people in Hollywood should have at least recognized one of our own. We should have been able to summon up the right kind of flattery, delivered the right kind of gift basket, rubbed the presidential neck and shoulders in exactly the right way. It’s called “handling the talent,” and people in Hollywood are very, very good at it.

Trump is, after all, hardly a stranger to us. He’s the actor who insists on a certain kind of trailer, the actress who demands that her best friend from high school rewrite the script, the director who keeps tearing down and rebuilding the sets.

One of the most enduring legends of the movie business is the story of the movie that’s out of control, where rumors of on-set craziness and location-shoot chaos are passed around at lunch meetings and whispered in executive-suite corridors. It’s costing too much, the crew is about to mutiny, the actors are locked in their dressing rooms, the director is taking too much Adderall. Someone is going to be fired, we all nod to one another, sagely, over little bottles of water. Whoever greenlit this disaster is in real trouble.

And then the movie comes out and—surprise!—it’s a hit, and the agita and anxiety attacks are forgotten in a cascade of profit-sharing checks and critical confetti. That isn’t the usual outcome, of course. Pictures with troubled productions are, mostly, exactly the disasters everyone predicted. But sometimes they’re The Bourne Identity and everyone gets seriously rich.

This isn’t that movie, as I think we can all agree. Still, it’s a good topic for a psychology term paper to explore why the one group of people who have the most in common with the organizational and emotional makeup of the Trump administration found it so baffling and foreign. Game, in this instance, did not recognize game. We cannot recognize, as a wise Jung taught us, our shadow self.

But that’s all over, of course. Joe Biden (and his more Hollywood-popular partner, Kamala Harris) are about to experience the reopening of the direct line between Brentwood and Washington, D.C. I wonder if they’re ready.

People in Hollywood feel, with some justification, that the Biden-Harris victory is their victory, too. The past four years have been a steady drumbeat of ferocious anti-Trump agitation. Every late-night show launched nightly anti-Trump fusillades. Celebrities issued an avalanche of tweets and Instagram posts calling him every awful name they could. The people who hold the nation’s media megaphone used it for one singular purpose from January 2017 until November 2020—and Joe Biden will probably still be in the presidential limo, heading back from taking the oath of office, when someone from Hollywood calls him on his cellphone to remind him of that.

For four long years, Hollywood has been frozen out of the sphere of political influence. During the Obama years, they were front and center. State dinners, climate-change panels, Obamacare-rollout campaigns—you name it and a clutch of Hollywood types were right there, looking sharp in suits and (strictly cosmetic) eyewear, nodding along and appearing very, very smart.

Sure, it was all about fundraising. People in Hollywood aren’t naive. They knew that the only reason President Barack Obama or Secretary of State Hillary Clinton nodded thoughtfully at them while they presumed to bestow advice and policy analysis on the leaders of the free world was that, after all, they had just paid a lot of money for the privilege. The worst part of raising money, as any politician will tell you, is that you have to listen to some rich moron tell you what he thinks. But it’s insanely fun for the rich moron.

In Hollywood, this kind of on-the-spot advice and ceaseless suggestion-giving is called “giving notes.”

Joe and Kamala are going to have to brush up on their ability to get notes. They will need to learn to nod thoughtfully, squint intently, and pretend to be listening as another Hollywood grandee gives them notes in the form of political advice. They will have to handle the talent.

Those of us who work in show business have developed flawless techniques for listening to irritating advice from people who have just given us money. In many ways, this is the chief requirement for a successful entertainment-industry career.

But Hollywood is a collaborative place. Everyone has to work together in some kind of harmony, after all—which is a polite way of saying I want them to keep giving me money—so getting notes takes as much elaborate courtesy as giving them.

“Good idea,” I usually say after hearing a particularly asinine suggestion. “I’ll take a look at that.”

It can be a smart note or a stupid note. It can be helpful or destructive. It doesn’t really matter. My response will always be:

Which reminds me of a story about a certain superstar female performer and her demand for a meeting with the president of the United States.

I don’t know why I’m being coy here. Well, I do know. I don’t want to be sued. So let me phrase this carefully. The rumor is—and memo to the possible plaintiff in the libel suit: it’s just a rumor, and I am not claiming it’s true—that multitalented polymath artist Barbra Streisand wanted to deliver some political insight to President Bill Clinton. So she did what you do when you have an Emmy, a Grammy, and Oscar, and a Tony: She called the Oval Office and demanded an audience.

She would have to call back, she was told, because at that very moment the president was meeting with the Golden Globe Award–winning actress Sharon Stone.

“Sharon Stone?!” was the outraged, rumored response from Streisand. “What does she know about policy?”

Advice to Joe: When that call comes—and it will—just listen and say, “We’ll take a look at that.” Handle the talent. 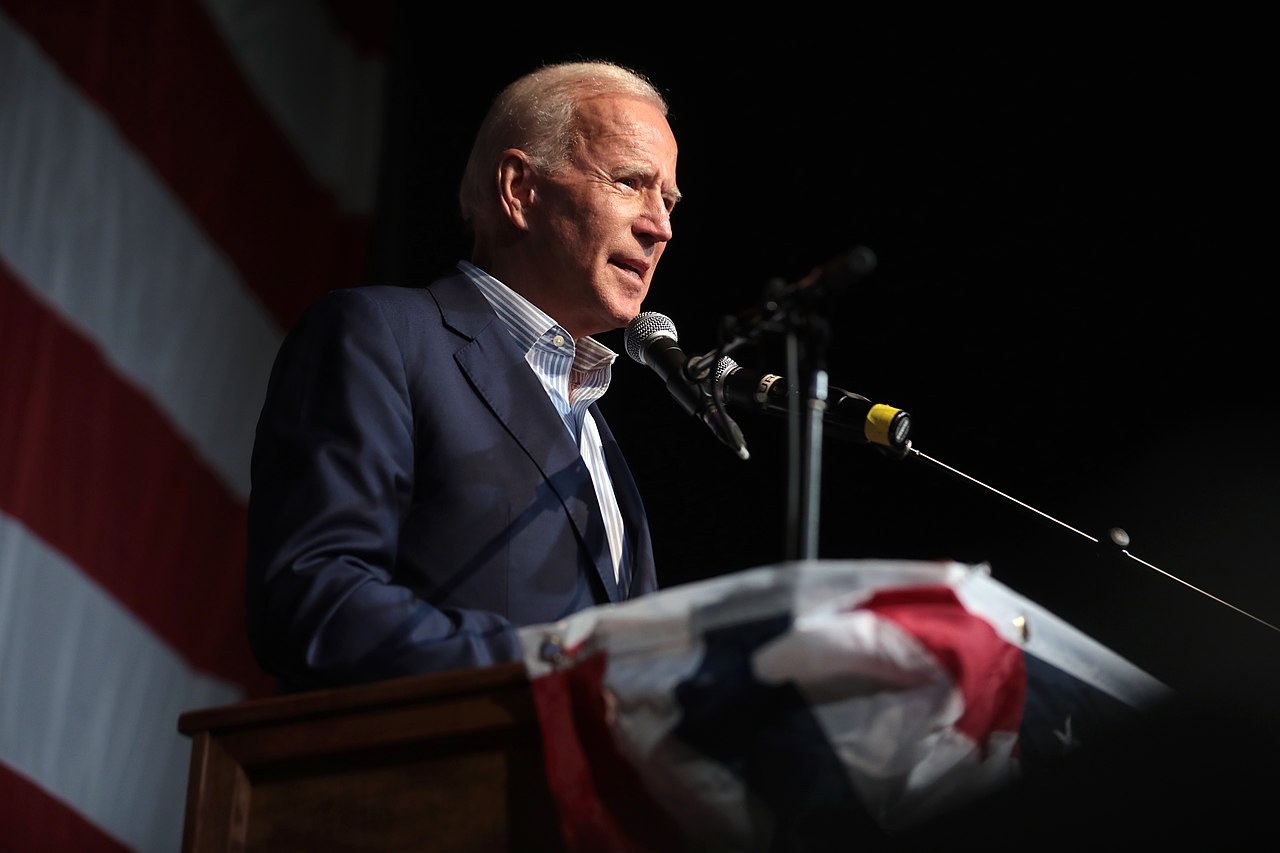