They say that halfway through the first script reading for an episode of Lucille Ball’s final, doomed sitcom, Life with Lucy, the by-this-time 75-year-old comedienne stopped mid-sentence, waved her hand dismissively at the chunk of dialogue on the page, turned to the writers, and rasped, in her unforgettable longtime-smoker’s voice, “Talk, talk, talk! Put me on a ladder!”

That’s the story, anyway. It may not have unfolded quite that way. Hollywood is like that: Sometimes the truest stories are the ones that never really happened.

But in many ways, it’s a perfect Hollywood tale. It starts with a business idea: Let’s put Lucille Ball back on television! That turns into a script—Lucille “Lucy Barker” Ball works at a hardware store and gets into mischief. The script goes through development and revisions and rewrites and finally includes a weird and unfunny scene—Why is she on that ladder? How is this funny? The episode ends up appearing on a Saturday night in 1986, one of eight shown on ABC until the series is blessedly cancelled.

That’s the way the story ends. But we all know how the story began. It started in 1951, when Lucy and Desi created a television series. The early pitch centered around the exploits of a Cuban band leader and his wacky redheaded wife, but it also included a guy playing the band leader’s agent and a Spanish clown called “Pepito.”

Reading about the development of I Love Lucy is sort of like watching a group of people invent the wheel; it’s so obvious to us now that a round thing under a heavy thing makes the heavy thing easier to move that it’s hard to remember a time when things weren’t so self-evident. It’s hard to believe that William Frawley, the cranky, rotund actor who became Fred Mertz, and chirpy, sweet-and-sour Vivian Vance, who became his wife, Ethel, weren’t just somehow always there, ready to go, circling the studio in makeup.

Which brings up the central truth: Every hit television show has been some kind of mistake.

The system by which the sausage is made—the process of pitching a series, adjusting the idea, reworking the pilot script, shooting (and often reshooting and recasting) a pilot episode—is designed to flatten whatever part of the idea stuck out as interesting, to smooth whatever part of the premise was rough and compelling, and to remove whatever element seemed too specific or potentially off-putting.

Any hit that emerges from this is a systemic error.

It’s an anomaly. It’s not the by-product of the careful, controlled, rigid system of developing, casting, and market-testing television content that networks (all of them, whether streaming, broadcast, or otherwise) feel the need, for some reason, to follow. The hit is the widget that slips through the quality-control system. It’s the Twinkie with no filling. It’s the chicken-noodle soup in the tomato-soup can.

Ask any writer to identify the problem, and he or she will say, without hesitation, it’s the executives. But the truth is, as one development executive once admitted to me, the least successful projects are often the ones that were precisely what the network wanted.

So I launched into a hippie rant: “Then why do you micromanage everything?

Let it flow. Stop stepping on the hose.”

“Rob,” she said, “I am a vice president of scripted content development. I have a desk and a sofa in front of it, and an assistant and a phone, and people sit on the sofa and pitch me stuff, and I call them on the phone and tell them what I think. What you’re suggesting is that I do nothing? Just trust that enough writers will put down the THC gummies and write something that isn’t filled with unacceptable language I can’t broadcast, or too insane to capture an audience, or too dark to make it to episode 6? Forget it.”

Developing and producing the next Seinfeld or The Office—or, for that matter, Malcolm in the Middle—is an important business goal for most of the entertainment industry. When the stakes are that high, what are they supposed to do? Turn off their phones and just pray the writers don’t screw it up and give Pepito the “A” story?

So the executives are sort of like George in Of Mice and Men. George is the big, slow guy who has a mouse that he loves—really loves—and he loves it so much, he kills it. He just squeezes it too hard because it’s soft and furry. The executives want nothing more than a show that works. They love all their shows as they are coming down the pike the way George loves that mouse. The thing is, you can want something too much. You can squeeze something too hard. You can end up killing the mouse before it even has a chance to get to episode 2.

If, that is, you have enough time. There’s probably a better way to say this, but the really great thing about COVID-19, from a show business perspective, is that there’s not much time right now to squeeze the mouse.

At the beginning of 2021, television production in Los Angeles was effectively shut down. CBS Studios, Warner Bros. Television, Sony Pictures TV, Netflix, Lionsgate, and Disney all responded to the surge in COVID-19 infections by halting production and locking up soundstages.

This came after a year of COVID-related delays and stutter-starts. The result has been, for most networks and studios, a nearly bare cupboard. A year’s worth of pipeline delays meant they were running out of shows in late 2020. This new COVID surge has compounded the crisis. With the state of California administering vaccines with the speed and efficiency for which it is famous, the production pipeline looks like it’s going to be empty until April.

Of course, the development and production process had already changed over the summer. As productions slowly restarted after last winter’s shutdowns, new COVID-related health guidelines were put into place.

Script readings—the traditional kickoff to the production of a television episode—used to be crowded affairs. Executives from the studio and the network—often multiple studios and multiple networks, depending on the production and its financial backers—would crowd into the conference room, listen to the cast reading, and then hold forth with notes and thoughts and adjustments to the script, talking until the bagels and coffee ran out.

No more. Everyone now is locked away in his or her very own Zoom box, muted and ignored unless called on.

Soundstages used to have an open-door policy. Executives and producers could wander in any time, watch a scene, see a run-through, chat with the actors—and, of course, give notes and thoughts and adjustments.

No more. Sets are closed, soundstages are ruthlessly guarded by union-designated enforcers of the mask-and-face shield rules. Run-throughs are now entirely Zoom affairs.

Under these conditions, it’s just not easy to bowdlerize, to make something potentially spicy into cream of wheat. Meanwhile, with the pipelines empty, the content well dry, the executives who have grown unused to meddling will have no choice but to give green lights all over town. From, say, April to October 2021, the default answer in Hollywood will be “Yes!”

Which means the first draft will be sent directly to the stage. From next autumn to, say, early 2022, a whole bunch of crazy and undeveloped shows will start to appear. It’ll be more like the l Love Lucy days than the Life with Lucy days, and we might find ourselves awash in some pretty amazing television—a new golden age that will be the result of half-baked ideas rushed through a broken process and raced into production. But never fear—equilibrium will reassert itself and we will find ourselves back once more with Lucy on the ladder. 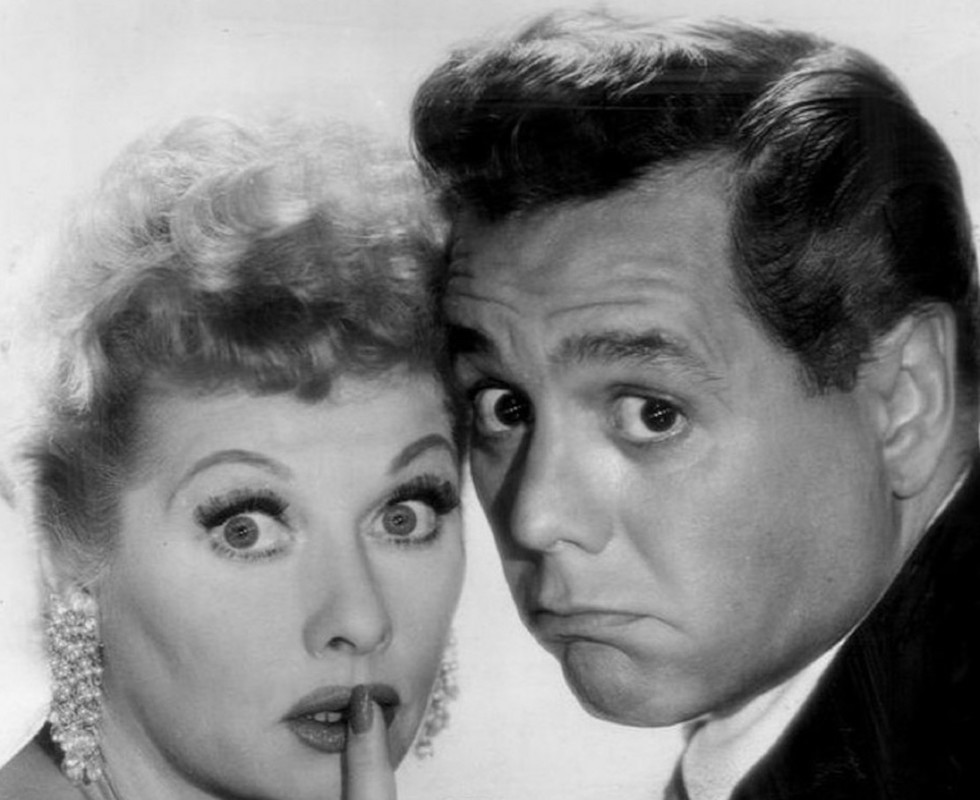