Say, for instance, you’ve just shot what you think is a hilarious television pilot. Here’s what they make you do next: You troop over the hill to some squat and windowless stucco building and sit behind a one-way mirror to watch 32 demographically precise, audience-representative Americans watch your show with response dials in their hands.

The lights go down and the show begins. The audience responses are collected and plotted on a graph that is superimposed on the monitors in the small room behind the one-way glass, so that you are watching, essentially, an electrocardiogram of your television episode.

When that’s done, a dozen or so participants are held back to form a focus group, which entails answering questions from the leader of the session, all posed in the same chirpy-preschool-teacher tone.

“Did you enjoy the show?” the focus-group leader asked an older woman, the last time I was forced to attend one of these.

The woman nodded. “I think this show will really appeal to people in my demographic,” she said.

Still chirpy, but slightly more insistent: “That’s interesting to hear and thanks for that. But I’d like to know how you felt? Did you enjoy it?”

The woman nodded again, enthusiastically. “People my age will really like this show,” she said.

The older woman looked around, confused. She understood that she was doing it wrong but wasn’t sure exactly how. So she turned to face the one-way glass and said, directly to those of us hidden behind it, “There’s a lot in this show that older people will love!”

The group leader ignored her for the rest of the session.

In decades past, these sessions would begin with the assurance from the leader that the one-way glass was merely a holdover from previous sessions. “No one is behind there,” the leader would claim. “Feel free to say whatever’s on your mind.”

That was a lie, of course. Often there were at least 16 people “behind there,” all intently watching the proceedings, searching the expressions of the participants for signs that they had a hit on their hands, that a river of money was on its way. But the idea was, if ordinary people knew they were being scrutinized and examined and watched by an unseen audience, they’d feel inhibited and wouldn’t share their true responses, a fear that now seems hilariously dainty.

The older woman in the focus group knew exactly why she was there—to represent her age cohort—and she was doing her best to deliver that in the most efficient way possible. She was a few steps ahead of us, and the only reason the session leader got irritated was that, hey, if every focus-group participant was this direct, we wouldn’t really need to keep paying the lady with the bird-like voice to ask the questions, would we?

And also this: The older woman knew we were behind the glass. All the participants did. They didn’t care if they were being watched or recorded. As American citizens in the early- 21st century, they assumed they were. When the older woman looked at the one-way glass and addressed us all directly, she smiled. She knew she was being watched and she liked it.

“Being watched and liking it” is a perfect description of one of the biggest stars of American television, Joe Exotic, the ex-impresario of the Greater Wynnewood Exotic Animal Park and current resident of Grady County Jail in Chickasha, Oklahoma. In the first 10 days of its release, about 20 million people watched Joe Exotic on Netflix’s seven-episode documentary Tiger King. Over the course of seven episodes they saw him battling his nemesis, Carole Baskin; participating in a three-way gay marriage (not quite what the jurists in the landmark Obergefell v. Hodges Supreme Court case had in mind); descending into murderous rages and engaging in tax fraud; becoming unglued at the actions of animal-rights activists; conducting bananas campaigns for Oklahoma governor and president of the United States; and especially waging an Internet-based campaign to prove that Carole Baskin killed her first husband. Oh, and then he got married for the third, Obergefell v. Hodges–approved time to one (1) sweetly loyal young man named Dillon. Also: tigers! Tigers everywhere!

When Joe Exotic accuses Carole Baskin of killing her first husband—and to be fair, said husband did disappear under very odd and suspicious circumstances—he practically screams in rage. He fires automatic rifles at Carole-shaped mannequins. He parades in front of her Florida tiger park with picket signs and banners—“Justice for Don Lewis!”—and declares like a hair-bleached, mullet-topped Hercule Poirot, Carole Baskin killed her husband and fed the body to her tigers, no question.

Meanwhile, when poor Carole Baskin is on screen, she sits primly next to her (second, so far still living) husband and looks awkwardly at the camera. Carole Baskin is being watched and she doesn’t like it. She’s afraid of the lens, of being recorded, so she’s guarded and stilted—and that comes off, in America in 2020, as dishonesty.

Carole Baskin thought she was doing 60 Minutes. Joe Exotic knew he was on Real Housewives of the Exotic Animal Park. That’s why most viewers cheer the unhinged on-screen antics of Joe Exotic and sneer at the uptight Carole Baskin. And it’s also why, despite Joe Exotic’s arrest and conviction for a 2017 murder-for-hire plot in which he offered to pay someone for the murder of Carole Baskin, when you ask people for their most lasting impression after watching all seven episodes of Tiger King, they’ll say, “Carole Baskin killed her husband.”

Which, you know, she might have. There is something off about her.

And that brings to mind another recent bitter contest between a shameless and outlandish man with crazy hair and complicated marriages and an uptight lady with skeletons in her closet. When Donald Trump ran against Hillary Clinton, the single best weapon in his arsenal was that he loves being watched and she does not. Donald Exotic knew what Hillary Baskin didn’t: The camera is always your friend. The more you let people see—even the nasty stuff—the safer you are. You can never be awkward or embarrassed if the camera is always rolling, because the next moment just keeps coming, barreling over the last one like Joe Exotic’s serial polyamorous gay marriages. You don’t like me now? Wait a second, I do some crazier stuff in the very next sequence. Just keep watching. Donald J. Trump can say and do pretty much anything he wants, he can zigzag and backtrack and undermine even his own boldly proclaimed policies, but for a lot of people—maybe enough for 270 Electoral College votes—the real question is, Did Hillary Clinton kill Jeffrey Epstein?

Which, you know, she might have. There is something off about her.

And the only reason we insiders—in television and politics—get irritated is that, hey, if the audience keeps delivering outlandish and electric television to itself, unmediated by us, then we don’t really need to keep paying the people who write and direct and act in it, do we? In politics and entertainment, those of us who have been sitting safely behind the one-way glass are about to hear the tiger roar. 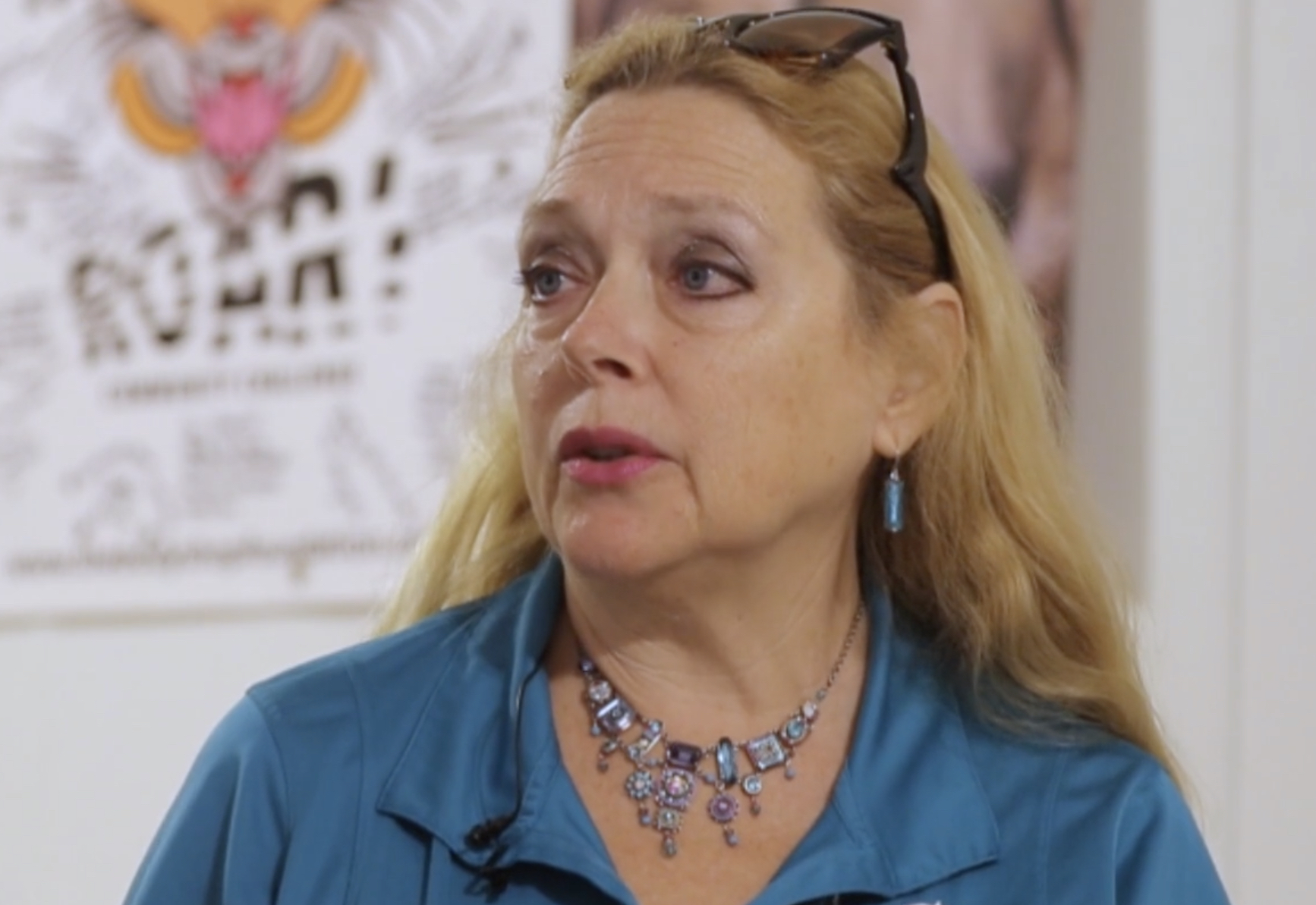