Years ago, a group of older Hollywood writers—they called themselves “The Grays”—filed a class-action suit against some of the major talent agencies in town. The suit accused the agencies of failing to adequately represent writers over 50—not including them on client lists, not pushing them for writing staff jobs—and contributing to discriminatory, ageist hiring practices prevalent in the entertainment business. The plaintiffs identified some key television shows, and showrunners, in the complaint.

At the time, I was in my late thirties and was one of the showrunners mentioned. So I wasn’t surprised when a man in light blue jeans, a salt-and-pepper beard, and a Greek fisherman’s cap accosted me at a local coffee spot.

Let me explain. In Hollywood, people tend to wear the clothes they bought the last time they had real money, which means you can always tell where someone is in his career by calculating the age of his wardrobe. A talent manager wearing a big-shouldered ventless Armani suit is a talent manager who hasn’t had a working client since 1990. An actress in long boots and a fedora probably had her own television series from 1972 to 1974. And the IMDB page of a writer in a Greek fisherman’s cap and acid-washed jeans is going to list as the most recent credit a sitcom from the 1980s involving a family where one of the kids is a secret robot.

“So, do you ever hire older writers on those sitcoms of yours?” asked the older writer in a challenging tone of voice as I was slipping the (useless) cardboard ring around the stem of my coffee cup.

I nodded vigorously. “Of course we do,” I said. “We like to work with writers who have more experience. In fact, we work regularly with two or three writers in their sixties.”

I mentioned their names. The Greek Fisherman shrugged. “Oh, those guys,” he said. “I know those guys. But they’re, you know, good writers. I don’t mean them. I mean, do you ever hire just ordinary older writers? The older ones that aren’t good?”

“Honestly, we try to hire only good writers,” I said.

The irony of the lawsuit was that it went on for so long, with so many counter and cross complaints, and inspired so many task forces and committees, that I am now technically old enough to qualify as both a defendant and a plaintiff. I have become a Gray.

I never thought it would happen to me! These days, whenever I am mentioned in show-business trade publications like Variety or Deadline, it’s almost always with the modifier “veteran,” or worse, “longtime showrunner.” I have a friend about my age who was once described as an “industry fixture.” He didn’t leave the house for several weeks.

Getting old in Hollywood means losing touch with the segment of the audience that, until very recently, ruled the airwaves. Young people—described by marketers and network executives alike as the “18–34 demographic”—have been the target of ad-supported television for decades, and old people have been screaming about it for just as long. “We have all the money,” old people mutter and rattle, “so why do those awful kids get all the attention?” The theory is this: Older people have already formed their crucial brand preferences. Old people already have a favorite toothpaste, pretzel, auto insurer. Younger people are open to persuasion. If you’re selling, which kind of buyer is more attractive? Put it this way: We don’t even call it the “18 to 34 demographic” anymore. We just say “The Demo,” because there really is only one.

And it is axiomatic in the television business that if you want to attract The Demo, do not hire A Gray.

That rule, though, is a lot less ironclad than it used to be.

As broadcasting television transforms into a platform for event-based telecasts—think Oscars; think Super Bowl—and big-scale competition shows, it becomes less about the age of the audience and more about the size. About 100 million people watched Super Bowl LIV in February 2020, and the advertisers didn’t spend their money based on the ages of the viewers. They were going for what a friend of mine in the ad-sales business calls an “awareness bomb.” If you want 100 million people to know about your amazing new potato chip—or, for that matter, even 10 million people—there’s still only one place to go, and that’s broadcast television.

Streaming services and premium cable channels operate under a totally different model. It really doesn’t matter to HBO Max or Disney+ how old their viewers are, or if they’re sophisticated urbanites. Netflix and the rest of those services don’t sell advertising. They sell subscriptions. And in that business, 11 dollars is 11 dollars. Everyone pays the same and all money is green.

Geriatric money is greener, in fact, because in the streaming business model, the cranky and ossified and reluctant-to-change customer is actually more valuable. If you’re selling advertising, the viewer you want is persuadable, open, brand disloyal. If you’re selling subscriptions, the viewer you want is the kind of person who has only recently given up his AOL email address, who can’t always read the small print on the credit-card statement, who doesn’t want to call her grandchild one more time to ask how to reset the television for a new service.

Late last year, I read an article in the New York Times that would be an excellent television series. It was about old people in an assisted-living facility and the young person who gives acting and singing lessons in the day room. He produces plays and musicals starring the residents, and the article was filled with irascible old people, flamboyantly gay young people, humorless nursing staff, and Stephen Sondheim lyrics. In other words, a near-perfect setup.

It’s an almost entirely Gray project: about Grays, written by a newly Gray writer, from a piece in the Gray Lady. I would have been laughed out of the room back in The Demo days, but in the new television landscape, the pitch has generated some interest in both the broadcasting and streaming sides of the television business.

“Why is it a television show?” an independent film producer asked me recently. “It sounds like a really great indie film.”

He went on to describe the new independent film marketplace, where older big-name actors are available for small-budget projects, and older-skewing films easily find their way onto Netflix and Amazon Prime after a lucrative span in the theaters. Do it as an indie, he told me. Better yet, do it as an indie in the UK, where there are people like Judy Dench and Ian McKellan who really know how to chew the scenery.

“Old people,” he reminded me, “still go to the movies.”

Which makes a lot of sense.

To watch an offering from a streaming service, here’s what I need to do: turn the TV on using the On button, not the All On button, select the correct HDMI port using the remote control for the television by selecting “Input” and then scrolling through the ports until “HDMI 5” shows up and then clicking on that, put the TV remote down and pick up the Apple TV remote and choose “Menu,” decide if it’s a Hulu or Netflix or Apple+ or HBO Max or CBS All Access show—which might mean putting down the remote and picking up my phone to Google the show—and then hope that the show appears as a choice and that I don’t have to re-input my username and password again, because I had to do that the day before, for some reason, just to watch Fox & Friends.

I am a man in his early fifties, and I find this process to be unacceptably tedious. I assure you that at 60 or 70, it’s an easier and more convenient option to just get in the damn car and go to the movies. As a salt-and-pepper, I can still figure it out. But in a few years when it’s all-salt upstairs, I’ll be entering the new The Demo: people with money who can’t find their glasses. 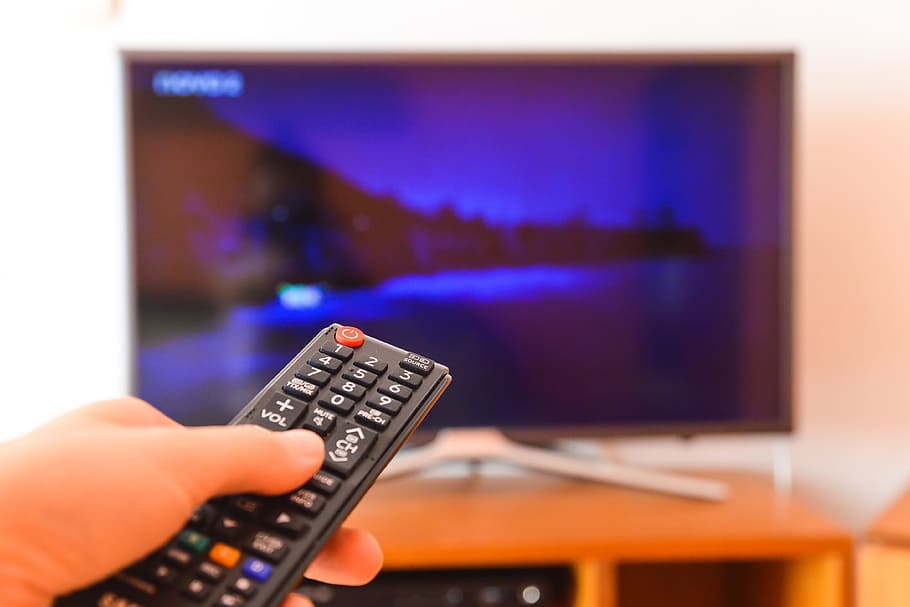