At the Wynn Hotel in Las Vegas, there are two large swimming pools. Both are ringed by colorful cabanas and festooned with fountains and amoeba-shaped nooks. But only one of them—a little more secluded than the other—allows something called, with mysterious glamor, “European-style bathing.”

Meaning: topless. The hotel’s management took the idea of topless girls lounging around the pool and made it classy-sounding. But, as is always the case in these arrangements, the people who choose the European option are never the ones you want. The really attractive people are modestly wrapped and tucked in. It’s the ones born during the Eisenhower administration and the ones who take full advantage of the all-you-can-eat buffet who are splayed out in the desert sunshine, playing it as it lays.

But it’s the European-style pool that’s always crowded, because—and I realize that this sentence might get me into trouble—people like looking at uncovered breasts.

Not everyone, of course. And certainly not everyone’s. But in general, people around a pool—and people in a movie theater or watching television at home—enjoy a flash of skin. Naked breasts have been a go-to tactic for Hollywood since 1915, when Audrey Munson appeared in Inspiration, directed by George Foster Platt. Munson’s character was an artist’s model, see, so her nudity was contextual and appropriate and not in the least prurient. You can almost hear the justifications made to the actress at the first meeting: Are you nude? Yes! But so is the Venus de Milo! It’s art, honey. Plus: We’ll do it very tastefully. Like they do in Europe. They’re much more free there.

Nudity, even European-style, had but a brief exposure in the early days of Hollywood. By 1930, the Hays Code was in force. Nudity was forbidden, along with themes of white slavery and the depiction of working toilets. Breasts didn’t reappear in American films for decades, when the swinging ’60s and ’70s buried the old production codes in antiheroes, marijuana smoke, and topless scenes. And when the antique taboos disappeared, producers and studios ginned up the old arguments to convince actresses to take off their blouses: It’s tasteful, it’s organic to the story, it’s very European…

It was also a dependable way to get people into the theaters. In the 1970s, it seemed that every female lead had a shower scene or sat topless in bed next to her shirtless co-star. There were naked breasts in thrillers such as Dressed to Kill and dramas such as Klute and even comedies such as Animal House and Airplane. In most of those pictures, it wasn’t even sexual. The actress just happened to be half-dressed. It was safely titillating, like the pool at the Wynn. Toplessness was a clean way to be dirty.

It also kept the story popping along. The (to me) interminable scenes of complicated exposition in HBO’s blockbuster Game of Thrones were kept, um, interesting by the addition of naked people cavorting in the background. HBO’s satire of Hollywood, Entourage, was (again, to me) a repetitive and unfunny waste of time, punctuated here and there by a nude girl floating in a swimming pool. Its mob opera, The Sopranos, was partially set in a New Jersey strip club, which allowed Tony and his crew to discuss business while a couple of girls were doing a pole dance within frame.

In fact, HBO’s entire business model for decades could be described as European-style television. It was smart business, too, because the budget-conscious customer remembered, at the end of the month when he was cutting his expenses, that HBO delivered the breasts. And in a competitive marketplace, that was often enough.

The Sexual Revolution, of course, was terrific for guys but not so great for the gals. Actresses who balked at taking off their tops or resisted the arguments for nudity—tasteful or otherwise—were called prudes and, worse, conservative. It was not until the Me Too movement achieved powerful cultural velocity that Hollywood actresses militated against the topless scene. Jessica Alba, Keira Knightley, Megan Fox, and a lot of other big-name actresses refuse to do nude scenes, and the list is growing.

The arguments the actresses make are familiar. Nude scenes are mostly gratuitous and exploitative, written into screenplays by men, directed and produced by men, released by studios run by men. They are an example of women being subjected to the rapacious “male gaze.” The scenes are shot in an atmosphere of leering disrespect. They are often captured digitally and then flung far and wide on the Internet, where the actresses are subjected to cruel and sexist message-board comments and criticism.

All of this is true, and yet: The audience historically likes to see skin. If they have a choice of which swimming pool to hang out in, you know which one they’ll choose. A film industry that ignores this might be a film industry in trouble. The first and most iron-clad rule of the entertainment business is, people do not pay for homework.

So despite their intentions, a newly woke, neo–Hays Code may be bad for show business. As a furious J. Algernon Hawthorne, played by British actor Terry-Thomas in Stanley Kramer’s 1963 mess of a movie, It’s a Mad, Mad, Mad, Mad World, declared: “In all my time in this wretched, godforsaken country, the one thing that has appalled me most of all is this preposterous preoccupation with bosoms. Don’t you realize they have become the dominant theme in American culture: in literature, advertising, and all fields of entertainment and everything. I’ll wager you anything you like: If American women stopped wearing brassieres, your whole national economy would collapse overnight.” It may be the same for Hollywood.

On the other hand, some pretty fantastic movies were made under the inflexible yoke of the old Production Code. The great writers and directors of the Golden Age of movies—from, say, 1930 to (picking a movie at random) 1967’s Valley of the Dolls, which did not have a topless scene but desperately needed one—managed to tell some sexy, smart, sparkling stories on film. They worked hard to make complicated exposition interesting—think of MacMurray and Stanwyck hashing out the fine print of life-insurance policies; think of Peter O’Toole and Alec Guinness discussing Sykes-Picot—within the prudish and Victorian guidelines of the Hays Code.

And also: It’s not clear that an entertainment industry that’s more diverse and inclusive will result in fewer topless scenes. Box-office returns and streaming-service subscription fees mean exactly the same to a female studio chief as they do to a male one. As more women become powerful studio moguls, it’s just a matter of time before the old arguments come back, this time with a post–Me Too inflection: Yes, it’s a nude scene, but an empowering one! You’re in charge here, they’re YOUR breasts and it’s very much a moment of liberation and freedom from the male gaze…

To sum up: Naked breasts have been good for business, and putting them on film in the future may just require divvying up the profits in a more equitable way. Poor Audrey Munson, a century ago, didn’t have a production deal and back-end points and 10-episode commitment from Netflix. But when you own a piece of the pie—as most top-shelf actresses do these days—you might be more naked-breast-flexible. You have, as they say, skin in the game. After all, the second rule of show business is, give the people what they want. And what they want is European-style bathing. It’s just a question of who owns the pool.

Keira Knightley, by the way, has clarified her position on nude scenes: She won’t do them…unless the director is female. 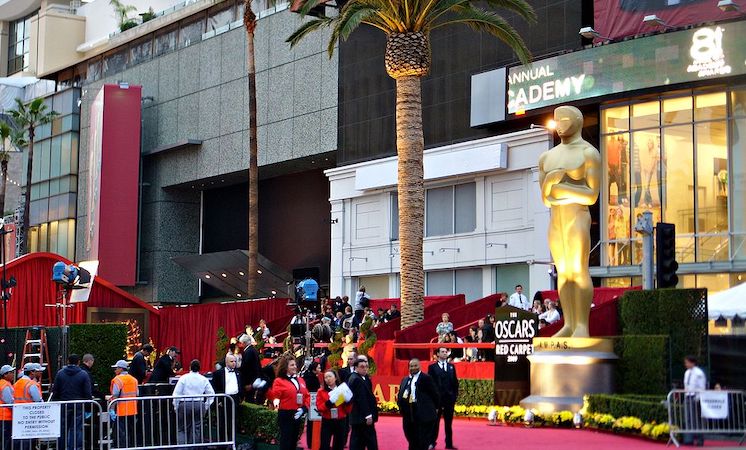 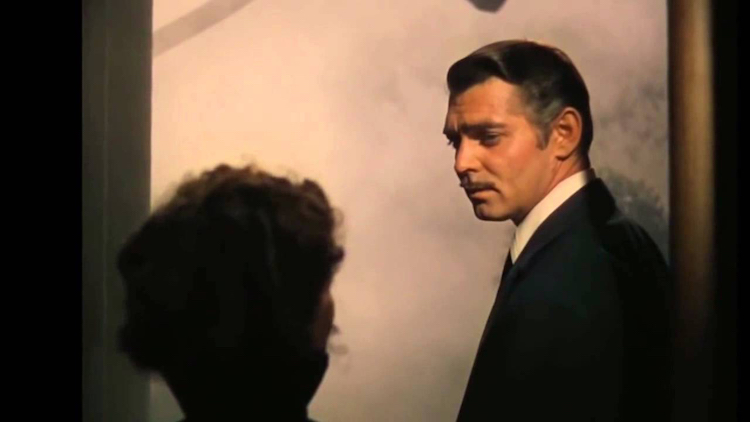 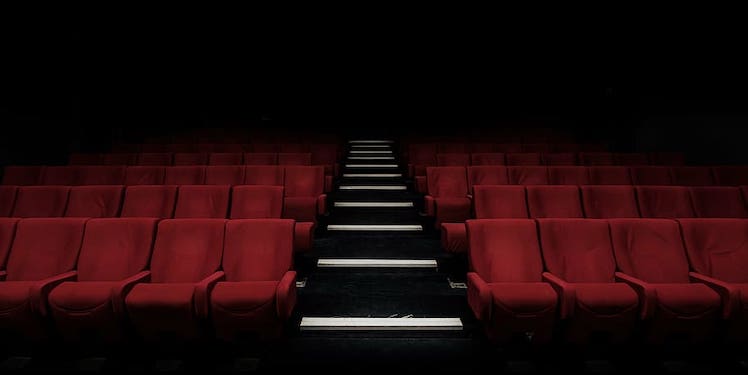