Which scenes and which pages are going to be filmed, when everyone is supposed to show up for work, where the food is going to be and when, which special props and costumes are needed, where the nearest hospital is, and which producers are actually producers and which are just collecting a fee for doing nothing—or, as they probably prefer to put it, for “setting up the project,” which often entailed making one single phone call or having lunch with a client, but I’m getting off track.

The call sheet does all of that and more: It also lets everyone know when the whole thing needs to wrap, what time everyone is required, by union and government rules, to go “tools down” and head home. There are complicated regulations around this—known as “turnaround”—that essentially require that no one work insane hours multiple days in a row.

The rest of the call sheet is pure organized union-card labor: transportation schedules, load-in times, and on the back of the document, a minutely detailed time sheet for pretty much everyone working on the production.

In other words, the call sheet is Hollywood in capsule form: obsessed with rank and pecking order, bluntly open about power dynamics, but at base just one big construction site.

It’s also the only thing about the entertainment business that’s organized or even remotely transparent.  It’s all there spread out like a financial statement (in fact, it is a kind of financial document), and you can see at a quick glance who ranks where, who is in charge, who is working and for how long, and who has the juice.

There are a few categories of employees, though, that the call sheet leaves undefined. Assistants, for instance. They don’t appear on the call sheet.

I recently heard a story about a successful young producer and her assistant. Stuck on a pilot script, the producer decamped to a swank Las Vegas hotel, bringing along her assistant for some poolside brainstorming. The producer floated blissfully in the hotel pool, pitching airily aloud to her hapless assistant, who clicked away on her laptop and sweltered poolside in the desert sun.

As the daytime heat approached 105 degrees, the producer looked up at her sweat-drenched, fainting assistant and said, generously, “You know, if you like, you can dangle your toes in the water. Just don’t get the keyboard wet.”

The assistant didn’t object to this because the assistant believed a powerful Hollywood lie. She believed that serving as an assistant to a successful television showrunner was the first rung in the ladder of her own success. Her job required her to do a lot of assistant-ish stuff—getting the dog from the groomers, picking out the cilantro from a salad—but also a lot of creative responsibilities. She pitched dialogue, character development, episode ideas. She read pilot scripts and made useful story suggestions.

The unspoken bargain between producer and assistant was this: In exchange for devoted and uncomplaining service at barely minimum wage, the producer would eventually offer the assistant a freelance scriptwriting opportunity on the producer’s current television series. That opportunity wouldn’t happen tomorrow, of course, but somewhere along the third or fourth season. And if the assistant wrote a good episode, by the next season she’d be brought on staff as a low-level staff writer.

The season after that—around the fifth or sixth year of the series—she’d advance to story editor, and from there she’d be on her way to success and riches of her own. If all went well, seven or eight years after collapsing from dehydration next to a swimming pool at the MGM Grand Hotel in Las Vegas, she’d be torturing an assistant of her own.

This isn’t as crazy as it sounds. It’s how many of today’s top television producers started out.

But as the number of “long-running” series has dwindled, so have the opportunities for assistants to advance. A typical series for a streaming service may run three seasons, often with fewer than 10 episodes per season. Being an assistant these days seems less like an apprenticeship and more like a job.

And not a fancy job, like writer or actor or director. But a hard job—a real job—like set construction or film loading. There are about 60,000 of those kinds of jobs in the entertainment industry, all collected under a single trade union called the International Alliance of Theatrical Stage Employees. Under the IATSE umbrella are grips, directors of photography, hairstylists, makeup artists—and, most recently, writers’ assistants.

A labor union is what happens when an employee no longer believes that the plutocrat lazily floating in the swimming pool has her best interests at heart. A labor union—for assistants, anyway—is what happens when streaming services and short television seasons disrupt the business and kill the dream of one day making it from the desk in the writers’ room to the sofa with the other writers.

Recently, the members of IATSE voted overwhelmingly to authorize their leadership to call a strike. They have a collection of grievances, but chief among them are old-fashioned notions like working hours, workplace safety, and “required” overtime. Should the union be unable to reach an agreement with the Alliance of Motion Picture and Television Producers—the AMPTP—productions across the country will be disrupted or shut down just as the business is coming back to life after 18 months of COVID-related disarray.

Unlike most Hollywood trade union disputes, which essentially pit the pampered millionaires of the Screen Actors, Writers, and Directors Guilds against the pampered millionaires of the AMPTP, the looming IATSE strike seems positively Old School. It pits the working class of the entertainment industry against the overlords in the offices and hedge funds.

So this should be easy, right? Hollywood, after all, is a resolutely left-leaning place. The various guilds and unions that make up the entertainment-industry workforce have already come out in favor of the IATSE demands—just short, of course, of promising “tools down” in solidarity.

As a rule, Hollywood unions stick together. When the most recent Writers Guild of America contract was up and there were rumors of a strike, a guy I know in the electricians’ union told me, laughingly, that his union would back us all the way as long as we promised to stop writing scenes that took place at night in the rain. “When you guys write ‘Exterior—City Street—Pouring Rain—Night,” he told me, “you think atmosphere, romance, mystery. But all we think is, this is the gig where I get electrocuted.”

But to return to the swimming pool at the MGM Grand: It’s worth noting that both participants—the floating tyrant and the sweaty assistant—are union members. The showrunner, it turns out, is a powerful and outspoken member of the Writers Guild of America and is often described as a “liberal activist.” The assistant is now protected by an IATSE contract that—I’m guessing—says something about giving your assistant sun stroke.

Call it another one of the disruptive changes that have rippled through the entertainment business. One of the chief engines that kept the business going was the willingness of (mostly) young people to work long hours for an irrational boss to chase the dream of a big career.

But the smart assistant who is paying attention no longer believes that he or she is going to move over to the sofa in the writers’ room. What they want now is to move onto the call sheet. 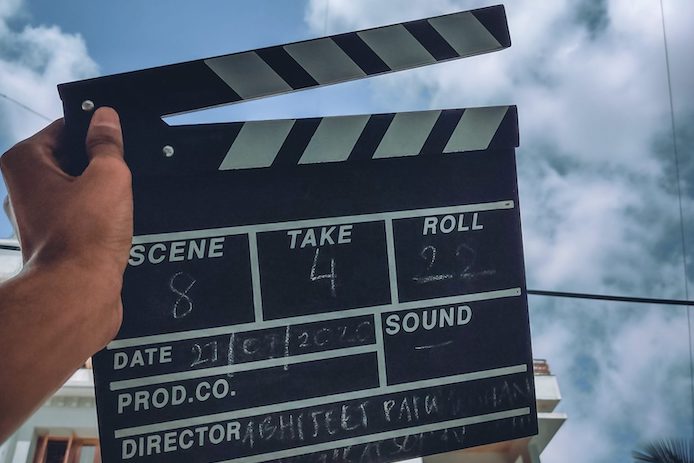 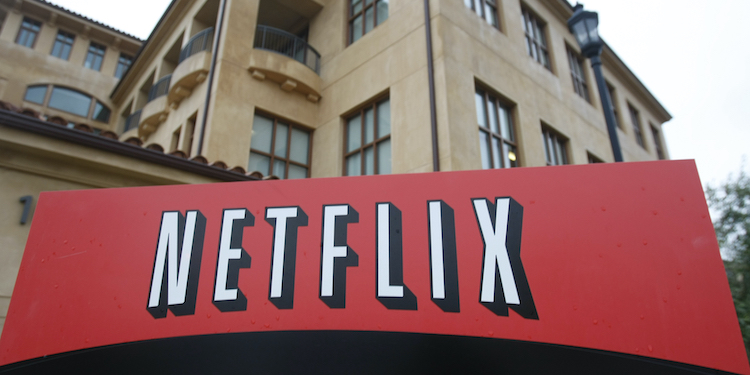 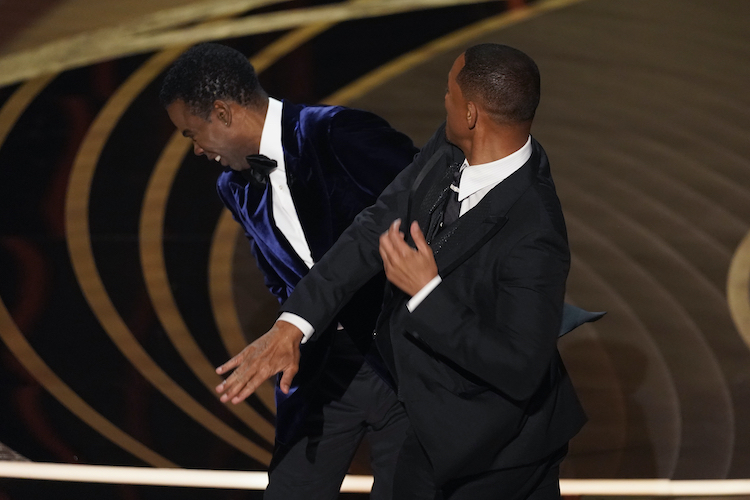 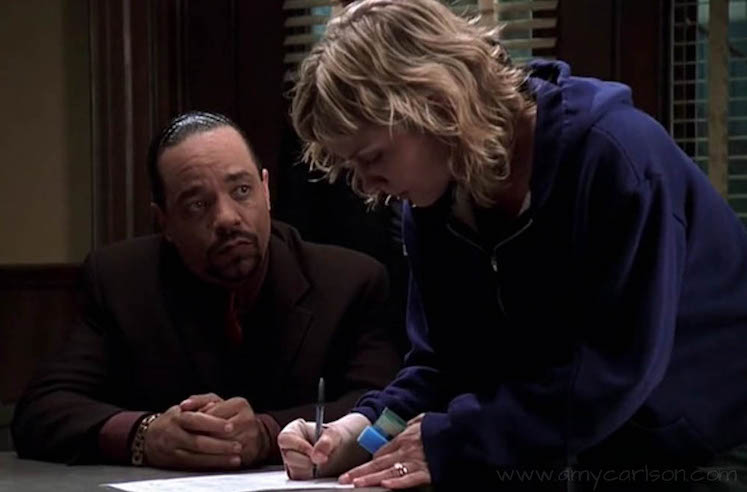