Some of the most unforgettable movies ever made tell their stories in flashback. Citizen Kane begins with Charles Foster Kane’s last words—“Rosebud!”—and works back from there. Sunset Boulevard opens on William Holden’s corpse floating in a swimming pool and then tells how he landed there.

It’s also a staple of teen movies and television shows from the 1980s. We fade in on the appealing young star in the middle of some kind of outrageous situation. There’s a freeze-frame accompanied by the sound of a vinyl-record scratch, and then a voice-over: “Yep, that’s me. You’re probably wondering how I got here. I guess I should start at the beginning…”

We fade in on a close-up of a media news outlet. The outlet is reporting that at the end of September 2022, Fox News Channel’s late-night show Gutfeld! has established itself as the most popular late-night television show around, consistently drawing bigger audiences than its big network competitors—which include such broadcast institutions as CBS’s Late Show with Stephen Colbert and NBC’s Tonight Show with Jimmy Fallon.

We pull back to reveal Greg Gutfeld, the show’s giggly pepperpot and eponymous host, scanning a series of media news sites, each reporting that his show is a monster hit. As he laughs: SFX: record scratch. “Yep, that’s me,” he will say in voice-over. “You’re probably wondering how I got here. I guess I should start at the beginning…”

The Beginning starts at the dawn of our current national psychotic episode, during the second term of George W. Bush.

This was around the same time as the founding of Twitter (2006) and a year or so after the premiere of The Apprentice, starring Donald Trump (2004). We didn’t know at the time just how weird American culture and politics were about to become.

Andrew Breitbart recruited a dozen or so writers to join Ariana’s celebrity friends on the blog, including a then-unknown magazine editor named Greg Gutfeld. After a few desultory posts and a few unhappy interactions with his fellow contributors, Greg decided to contribute to The Huffington Post by creating a secret place for his posts. Hidden from the prying eyes of the editors—and most of the readers—he would upload his words to the Biography section of his Contributor Profile page.

Gutfeld would write surreal posts making fun of Hollywood liberals, environmentalists, progressive elites—“woke culture” before we knew what to call it. It was delightful and hilarious and deeply weird, like the author himself. And it also seemed naughty and wrong. Hidden somewhere on Planet Huffington was a cackling, disrespectful Rebel Outpost.

In other words, a kind of speakeasy blog. You had to know it was there to read it. And you’d know it was there because Andrew Breitbart told everyone. Including, it turned out, the diabolical genius behind Fox News Channel, Roger Ailes.

We’re now at The Middle of the story. At this point, we cut to the exterior of an airplane flying to New York, followed by an establishing shot of the Fox News building on Sixth Avenue, over which we hear Roger Ailes’s voice asking, “So what did you want to see me about, Andrew?”

And then we cut to the interior of Ailes’s office.

Andrew’s pitch was simple: Take Greg’s off-beat brand of anti-liberal humor and put it on very late at night. Make the show simple and cheap—just a small table and high stools—and let Greg run a Mad Tea Party conversation. The show will be different from anything else on the air, Andrew promised, because the subjects will be things that we think are funny. Things like liberals, the New York Times, Nancy Pelosi, Hollywood weirdos, Earth Day, and Oprah Winfrey’s The Secret. And the guests will be stars from the center-right universe—writers and journalists and (surprisingly) punk-rock stars, people who wouldn’t otherwise be invited on a mainstream television talk show.

It’s a measure of Ailes’s brilliance that his first question was “How cheap?”

That was the beginning of Greg Gutfeld’s first obscure television project, Red Eye, which aired on Fox News Channel at 3 A.M. on the East Coast and a more reasonable 12 A.M. in California.

Red Eye was the television equivalent of his hide-in-plain-sight HuffPo blog. It was hard to find unless you stumbled onto it, but bizarre and refreshing when you did. To his eternal credit, Ailes kept it on despite its low ratings and general weirdness—“I don’t get it,” Ailes once said to me, “is it funny?”—and watched as Greg developed into a Fox News audience favorite.

But while this was all unfolding, the late-night television landscape was in turmoil. Jimmy Fallon had taken over Tonight from Jay Leno and returned the show to its New York roots. Stephen Colbert took over The Late Show from its founder, David Letterman. Los Angeles–based Jimmy Kimmel was in the mix with ABC’s Jimmy Kimmel Live!

At this point, television viewers interested in talk shows could only choose among Jimmy Fallon, Stephen Colbert, Jimmy Kimmel, and Trevor Noah. The audience got sliced into very thin wedges. Suddenly, being intensely political became a big advantage. After all, if “winning” means garnering a larger slice of a diminishing pie, it makes sense to appeal to a dedicated and passionate audience. And Republican-haters, as nightly talk-show hosts found out, are a very loyal audience.

The winner in the Who Can Hate Republicans the Most Contest could rely on about 1.5 million Democrats to remain loyal daily viewers, and that’s all they needed to remain competitive—and even on top—in the ratings battle.

The only problem is you drive away everyone else. Four or five hosts were competing for the liberal Democrat audience, and the rest of us—half of the country, at least—have nothing to watch. What we could not choose was a show hosted by a center-right personality. If you were watching a nightly talk show, you were watching a liberal.

We’re at The End of the backstory. So now we cut back to elfin, fidgety Greg Gutfeld, back at his desk and searching the web for material for tonight’s show. He’s looking for clips of a befuddled Joe Biden, crazy news items from Woke Academia, snippets of Kamala Harris at her air-headiest—whatever will inspire the most freewheeling conversation among his guests.

The show gets about 2 million viewers daily, but it still has the feel of a speakeasy blog. As a regular guest on the show, I have to remind myself that this is a real television program with millions of viewers and that we’re allowed to make the jokes we make about liberals and environmentalists and woke college professors. I have to remind myself of this because no one else on television is going for this audience of about 80 million people.

But it’s worth remembering that the only reason Gutfeld! succeeds is that the other side became relentlessly political. Its representatives became shrill, one-note haranguers and propaganda broadsiders, and alienated millions of potential viewers. If scrupulously apolitical Jay Leno was still on the air—or, for that matter, if we still had the greatest host of all time, Johnny Carson—Greg Gutfeld wouldn’t be in that time slot.

To paraphrase Norma Desmond, the delusional star of Sunset Boulevard, it’s not that Greg Gutfeld has gotten big, it’s that everyone else got so very small. Seventeen years after his secret blog posts and 15 years after the launch of Red Eye, Greg Gutfeld has found his audience. And they have found him.

As we fade out, Greg Gutfeld giggles a bit and puts his monologue pages in his pocket as he heads to the studio. As usual, there’s an excited and energized crowd in the stands ready to laugh. They are as loyal and as passionate and as political as the audience that watches Colbert & Company.

There are just more of them. 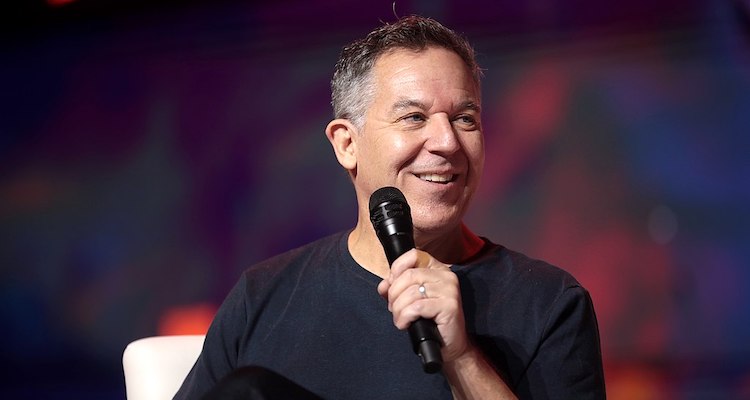 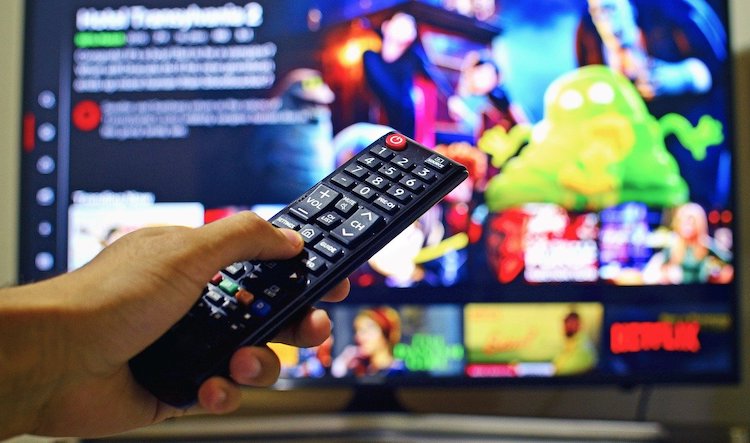 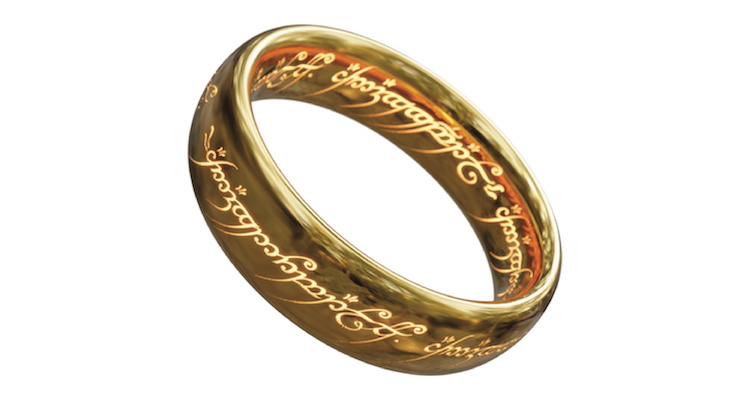 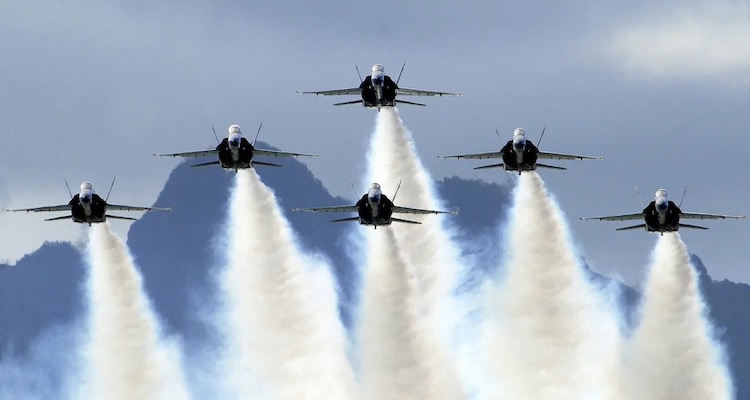