For the past 10 years, I have received a missive, twice daily, from the International Society of Infectious Diseases. It’s called the ProMED email, and it lists in excruciating detail the various infectious diseases that have been reported that day, worldwide—all of them, human, plant, and livestock.

Why did I sign up for this? Beats me. I’m not really the bio-paranoid type. In fact, I am writing this on a five-year-old MacBook Air with what must be the filthiest keyboard around. Next to it is my phone, and let’s not get into where that’s been. So maybe I just have an academic interest in the end of the world.

For the past 10 years, I have dutifully scrolled through the ProMED email and parsed the scientific mumbo jumbo and read about livestock deaths in Africa and measles outbreaks in West Los Angeles and ho-hummed, tapped the phone, and shoved it deep into my (infested with bacteria) pocket, utterly and totally unalarmed.

“We’re not trying to be alarmist,” a talent agent in Los Angeles told me last week. “But we’re shutting down the office. We’re going to work from home, have meetings by Skype or Zoom.”

“Wow,” I said. “You guys having money trouble? Is the rent in Century City too high?”

“No, no, no, no, no, God, no, no, nothing like that, God, no,” said the agent, with emphatic urgency. “God, no, don’t even put that out there. No, no, it’s just the virus, the coronavirus. It’s a whole liability thing, can’t expose employees and clients blah blah blah.”

“You know what I mean. But for the time being, if you wanted to come in for a meeting or something, we’re not doing that.”

He is employed at a large and powerful agency, one that spent an eye-popping amount of money on its offices. Talent agencies do that. Decades ago, when Mike Ovitz helmed CAA, he commissioned I.M. Pei to design the building. Gersh, the boutique talent agency, is a vest-pocket museum of contemporary art. The idea, I guess, is to command everyone in the lobby, “Behold our Frank Stella, and Obey!”

That kind of intimidation is hard to do by remote conferencing.

Hollywood still operates on what we might call the Leni Riefenstahl model: If you want to project power, better be prepared to put on a show. From the icy and theatrical lobbies of the major talent agencies to the endless series of Long Marches down the awards-show red carpet, the various power centers of the entertainment business spend considerable time and money marshaling crowds. Oscar hopefuls throw lavish dinners and parties to woo Academy voters. Television networks stage theatrical extravaganzas—the “Upfronts”—every spring to introduce advertisers to their fall season premieres. Movie premieres still require worldwide press junkets—flights to Paris and Rome and Singapore and Dubai—each with a party and paparazzi and deluxe gift bags for the press. There are still major film markets at Cannes and Berlin and Toronto. Amazon and Netflix—two enterprises you’d assume would be immune to this kind of excess—are enthusiastic and visible presences at film festivals like TriBeCa and Sundance.

People in the entertainment business aren’t stupid. Let me rephrase that: People in the entertainment business aren’t stupid about money. They are perfectly capable of noticing that the old, expensive ways of doing business no longer suit a streaming, on-demand world. No television network, for instance, wants to forgo the annual, pointless Upfront pageant—a holdover from the era of three broadcasting networks and fall television premieres that coincided with the introduction of Detroit’s new models. It’s not that they don’t realize it’s all a waste of time. They just don’t want to go first.

And now they don’t have to. COVID-19 is doing it for them.

Two major movie premieres—including the latest installment of the James Bond franchise—have been pushed to next autumn. Upfront presentations have been cancelled. Coachella music festival is postponed. South By Southwest, the arts and culture conference in Austin, has been cancelled. Location shoots, studio travel, live-audience comedies, pilot productions, Broadway shows—almost every part of the entertainment business has been curtailed, trimmed back, eliminated.

And the agents? They’re staying home.

The question is, when all of the agents go home, will anybody really notice? In-person meetings at a large talent agency are enjoyable and fun only for the talent agents. Normal, well-adjusted people dread meetings of any kind, but especially ones that begin in cavernous marble-clad lobbies where lethal-looking art dangles from the ceiling, and shiny floors make your shoes go clickety-clackety in loud echoes as you march to the desk, hand over your ID, and wait to be designated a non-threat.

The lobbies and the art collections no longer pack the same wallop now that the entertainment business has split into a thousand new galaxies of streaming services, video games, old-line broadcasters, theatrical studios, AR, IR, and Silicon Valley start-ups. For that matter, neither do the storied and romantic studio gates. It’s just not the same when you’re heading onto the lot to shoot a 10-minute show for Quibi.

A recent survey by Buffer, a social-media-management software company, found that once people start working from home, they tend to like it. In the same way, once the big talent agencies weigh the loss in prestige and pizzazz from a home-bound gchat workforce against the savings in office rent and art-curatorial services, maybe some of them will decide it’s better—and more profitable—to, as they say in Silicon Valley, “go Bedouin.”

At some point, it’s safe to say, the current coronavirus scare will be over. In the meantime, it’s serving as a kind of psychic break for Hollywood, a kind of force majeure requiring every player to play by the new rules. What if, you can hear CFOs across the 323, 818, and 310 area codes, what if we just never go back to the way it was?

That ProMED email has continued to alert me to biothreats from humans and livestock. Just this week, in fact, in among the latest news on COVID-19, I learned about seven new cases of African Swine Fever in Asia. But the real news, for me anyway, is in the pages of the Hollywood Reporter, which keeps a daily count of the old ceremonies and traditions that are cancelled in the wake of corona. The Reporter is my new ProMed.

Stay inside, the experts tell us. Isolate yourself and practice social distancing. Which is something the audience has been doing since Facebook first went online, since Netflix started streaming. Now, at last, the business that serves the audience is catching up. 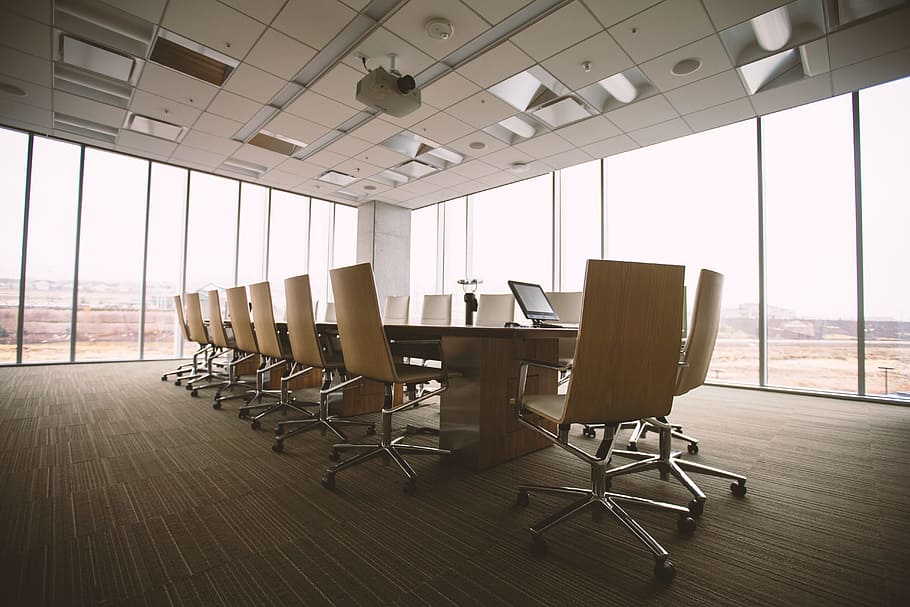