If you’ve ever seen the television show Friends, you know that it’s about six young people in Manhattan, navigating romance, career, and friendships. Or is it? Maybe it’s actually about a homeless psychotic woman—the character of Phoebe, played by Lisa Kudrow—who peers into the window of the hip coffee joint and imagines the lives and adventures of the personalities she spies on, with herself as a beloved member of the group of friends. It’s all in her mind, all 10 seasons, and the theory is given a little bit of ballast by the series finale, in which the other characters move out of Manhattan and leave Phoebe alone, like the unmedicated schizophrenic she is.

According to this particular fan theory, anyway. Probably not what the creators and executive producers of the show had in mind, but if you think about it long enough, it starts to seem possible—maybe even preferable to the original.

Google the words “alternate interpretation of” or “fan theory for” and then insert the title of a popular movie or television show, and you’ll get a cascade of hilarious and often very dark results. It seems that people who love a show also love rethinking it from an entirely unexpected point of view.

Try it with the phrase “insane theory about The Fresh Prince of Bel Air,” and you’ll learn that some have speculated that the Fresh Prince was actually killed in that “one little fight” he describes in the title rap song. There is, in fact, no Bel Air, no Uncle Phil or Aunt Vivian. The resulting sitcom episodes are really the death-dream artifacts of a brain sputtering out of oxygenated blood, delusions experienced during what neurologists call “brain time,” which seems to the victim to last forever and to the audience at least six seasons.

If your show is indelible enough to inspire lunatic speculations from superfans, that’s what we in show business call “a high-class problem.” One of the ways you know you have a hit show on your hands is that your viewers quickly take ownership of the series. The characters become their characters, and whatever point the creators were trying to make, whatever message they were trying to send, utterly evaporates in the face of that kind of devoted fandom.

If you’re really lucky, this happens while your show is still on the air.

In the early 1970’s, All in the Family captured the tumultuous controversies of its time. The show’s main character, Archie Bunker, was a reactionary bigot always mixing it up with his progressive, liberal son-in-law, Meathead. The show was designed by the producer Norman Lear to be a form of left-wing agitprop that would expound on the virtues of the younger, modern, and open-minded generation while exposing and mocking the petty small-minded prejudices of Archie. He would rail weekly against the changing American culture using scandalously edgy language that today is utterly unthinkable. Archie Bunker was supposed to be the butt of the joke, the dinosaur heading to extinction, a symbol of everything that was wrong with America in 1970.

The fans, though, refused to see it that way.

If you work in Hollywood long enough, “normal” becomes something harder and harder to recognize. You need the fans to show you. Click to Tweet

Archie Bunker caught fire with audiences. He became a national sensation, his catchphrases on T-shirts and lunch boxes and used in Johnny Carson monologues. The progressive writers and creators of the show may have thought Archie was the bad guy, but the audience saw a hard-working veteran who paid the bills and put food on the table—Archie held down two jobs!—all the while being forced to listen to his ultra-lefty layabout jobless graduate-student son-in-law tell him what a terrible person he was, often with his mouth full of a pork chop Archie had paid for. If Archie occasionally refers to Jews, African Americans, and homosexuals with hateful slurs, well, hey, the guy pays the mortgage. He’s earned the right to rant a little.

It helped that Archie was, by far, the most hilarious character on television at the time. Comedy writers, even really really liberal ones, naturally want to write for the character who brings the most heat to the screen. The more talented the writer, in fact, the more likely it is that he will sell out his principles for a really solid laugh. Still, it must have rankled Lear and his team to see Archie embraced by the audience, to realize that the character wasn’t theirs anymore—that the fans preferred their own version.

Had Google existed back then, and had you Googled “insane theory about All in the Family,” you’d probably be directed to something like this: “All in the Family is a show about a guy who dreams of being an empty-nester with his devoted wife but who instead is forced to support his married daughter and her lazy, super-woke husband. To get them to move into a place of their own, he does everything he can to drive them away, including loudly emitting a fusillade of reactionary notions. But the kids, especially his worthless son-in-law, are too lazy to move.”

Hollywood liberals keep making the same mistake. They try to create a right-wing villain and end up writing an audience favorite. When Gary David Goldberg created Family Ties, the story goes that he pitched it to NBC as a show about parents from the ’60s generation raising a family in the Reagan ’80s and trying to instill the progressive values of their youth in the kids of today.

But by the time Family Ties made it to American living rooms, it had acquired the character of Alex P. Keaton, the blazer-wearing Young Republican teenage son of the loony-lefty parents, brought to unforgettable life by Michael J. Fox. We all know how this story ends: The parents are squeezed to the side, Michael J. Fox is on the lunch box, Alex P. Keaton is the heart of the show. In the end, Family Ties is about Alex raising his parents, shaking them awake from their 1960s brain fog, and teaching them what most Americans who do not live in Brentwood or who do not have tenure already know—which is that capitalism is terrific.

It’s always a good idea to have an eccentric character in a comic ensemble. On Parks and Recreation, which ran from 2009 to 2015 and is immensely popular as a streaming show now, the character with the oddball account was Ron Swanson, played by Nick Offerman. What must have made Ron Swanson seem like the perfect series weirdo was his resolute and unwavering belief in personal liberty and small government. I mean, how weird is that?

Swanson was a bedrock libertarian, an enthusiastic carnivore, a single-malt drinker, and a devoted outdoorsman. In one episode, Ron looks down at a plate of meat and announces, “I call this turf ’n’ turf. It’s a 16-ounce T-bone and a 24-ounce porterhouse. Also, whiskey and a cigar. I am going to consume all of this at the same time because I am a free American.”

All of this must have seemed wonderfully outrageous to the show’s creators on paper. Parks and Recreation premiered a few months after Barack Obama’s first inaugural and wrapped while Obama was still in the White House, so it must have seemed to the writers that a character like Swanson was hilariously out of step with the times, a modern-day Archie Bunker, a nutjob, a figure of fun.

As always, the audience—many of whom also enjoy a steak now and then, as well as their constitutional rights—preferred their own interpretation. They took Ron Swanson as one of their own. Swanson became what people who create television shows dream about. He was a “breakout” character, on T-shirts, Internet memes, and coffee mugs. Even the liberal central character of the show grew to love and respect him. Swanson was popular not because he was weird, but because he was normal. If you work in Hollywood long enough, “normal” becomes something harder and harder to recognize. You need the fans to show you. 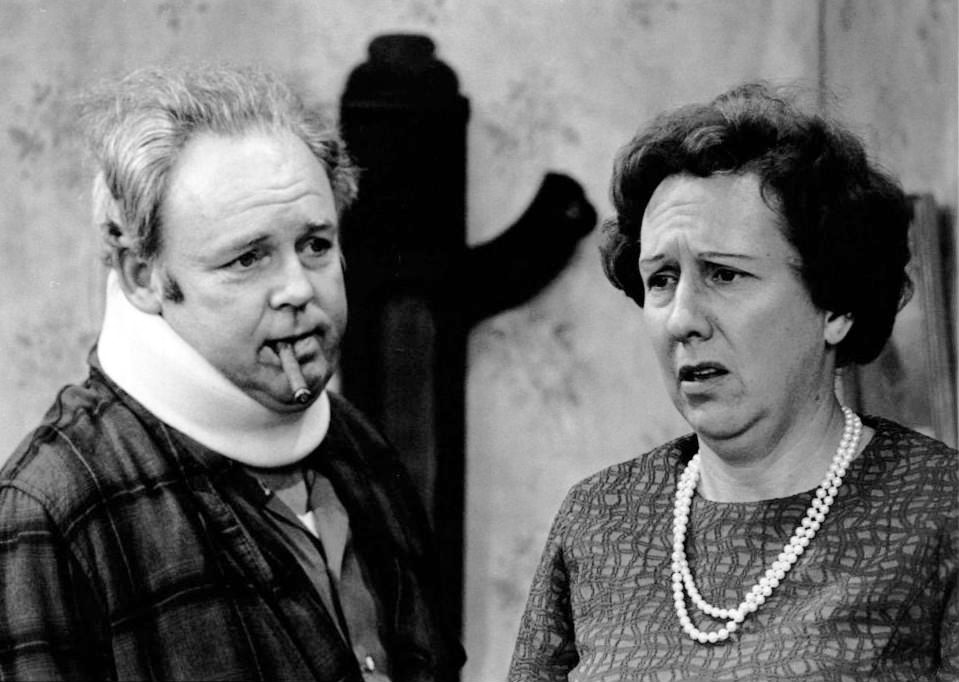