When Matt Lauer, the highly compensated host of NBC’s Today Show, was fired for sexual misconduct in the workplace, one specific detail of his office setup caught the attention of a lot of people. Lauer, apparently, had a “button” on the floor of his office near his desk. It was a small nubbin of rubber or metal that was connected to his office door. With a discreet tap, he could make the office door shut quietly and, it was suggested, keep anyone outside from barging in. People with more lurid imaginations wondered whether it could also lock the door from the inside.

In those minds, the scene went something like this: Innocent underling is lured into the sumptuous office of the big boss. The boss, pretending to be busy behind his desk, waves the underling in and motions for her to get comfortable on the sofa with its many cushions. She doesn’t see his foot, under his desk, press down on his secret button. She doesn’t notice the door swinging softly shut, but when she hears the click of the lock, her eyes dart to the door, but by then it’s too late. The boss is already on the sofa next to her—how did he get there so fast?—and he’s already telling her that she’s the most impressive intern he’s ever seen, and that she’ll have a big career, and that she’s very pretty, and that his own marriage is a complicated and loveless situation, and also, did he mention, he’d really like to help her move up the ladder?

None of that could have happened, of course, without The Button. Actually getting up from the desk, crossing over to the door, shutting it, and then turning the lock? Too obvious! Too Bond-villain! As he shut the door, he’d almost certainly catch the eye of someone in one of the cubicles outside, leading to an awkward exchange of glances. And then there would be the long walk to the sofa with its many cushions, all of which could be used by the now-alert underling to create a pillow barrier between her and the big boss.

It’s not clear whether Leslie Moonves, the former chairman of CBS, had a button under his desk, but I’m pretty sure he did. Moonves was fired from his job last year amid a cascade of news reports and gossipy magazine pieces, almost all of which described scenes very much like the one above: a little rushed small talk, the hand on the knee, the boilerplate compliments, the pro-forma promises, and then the move to make it all explicitly sexual.

And transactional. When the end finally came for Moonves—after decades of spectacular success at CBS, where he was the architect of robust growth and the hero of CBS shareholders—it came because in the case of at least one woman he was accused of assaulting, he did not live up to his end of the bargain. Whatever promises were made, after the button went down and the office door whooshed quietly shut, were not kept.

“Be my girlfriend and I’ll put you on any show” is what Bobbie Phillips told investigators and reporters Moonves had said to her, at some point between the office door’s closing and her performing a sexual act on him. It’s not terrific dialogue—it’s what we in the screenwriting business might call “a little too on the nose”—but it’s a pretty clear verbal contract. And the reason we know any of this—the reason Bobbie Phillips consented to interviews with reporters; the reason the text messages between her manager and Moonves became public; the reason, ultimately, that Moonves was turfed out of his richly compensated position—is that Leslie Moonves did not, in fact, put her on any show.

He didn’t make her the star he said he would—snap his fingers, make a call, get it done like the mogul he was. He managed to get her a small part on a one-hour pilot, something called “Blood & Treasure,” years later, but by then she knew that the leverage was entirely on her side, and she held out for something better.

Moonves did his best—we have the text messages between him and Phillips’s wheedling manager to prove it—but strangely, he could not deliver. “If Bobbie talks, I’m dead,” Moonves said to her manager. She did and he was.

Thought experiment: What if he had managed to put her on any show? What if, right now, Bobbie Phillips was a series regular on one of the many CSI or NCIS series on CBS?  Or on the cop-drama juggernaut Blue Bloods? Would she have returned Ronan Farrow’s call when he was investigating Moonves for other allegations? And if that was all it took, why didn’t Moonves make it happen?

Bobbie Phillips must have felt rather like the actress Charlotte Kirk, who met Warner Brothers Chairman and CEO Kevin Tsujihara at the Hotel Bel Air in 2013, fell into a relationship with him, and likewise expected something in return.

She texted: “U said u would help me and when u just ignore me like you’re doing now it makes me feel used. Are u going to help me like u said u would?”

Back and forth it went—Charlotte Kirk asking about movie and television roles, Tsujihara deflecting and promising and claiming that he was doing his best. “I don’t usually call about casting about these kinds of roles,” he texted to her, explaining why it was unusual for the people casting a television show at Warner Brothers to receive a call from the chairman of the company asking them to cast a relative unknown in a role. “I need to be careful,” he told her.

I need to be careful. If she talks, I’m dead. I don’t usually call about casting. What peculiar, powerless sentences to come out of two of the most powerful men in the entertainment business!

Sure, Moonves could have called someone up and asked for a favor. Trust me as someone who had many television series on CBS in the intervening years between Moonves’s pressing the button on Bobbie Phillips in 1996 and the publication of Ronan Farrow’s New Yorker articles in 2018. If he had given me a jingle and asked me for a favor, I absolutely 100 percent without question would have done it.

But then he would have owed me a favor back. And as someone who had many television series on CBS between 1996 and 2018—all of which were cancelled—that was probably something he wanted to avoid.

Sure, Tsujihara could have twisted an arm or two and delivered on his promise to Charlotte Kirk. But that would have been odd—and out of line—for an executive whose show-business experience was limited to theme parks, home video distribution, and business development.

And that’s the difference between being an autocrat and being a bureaucrat. Autocrats like Harry Cohn expected obedience. Bureaucrats like Moonves and Tsujihara—cosseted and pampered and overpaid bureaucrats, but bureaucrats nonetheless—were political animals in the sticky web of public companies. Harry Cohn reported to Harry Cohn. Those other guys served a million masters.

The modern Hollywood mogul—like the modern executive in pretty much every other business—has just enough power to get into serious trouble, but not enough to make it go away. He can press the button, but he cannot deliver the goods. One strange by-product of the #MeToo scandal is how it revealed that two of the most powerful men in Hollywood were actually impotent. 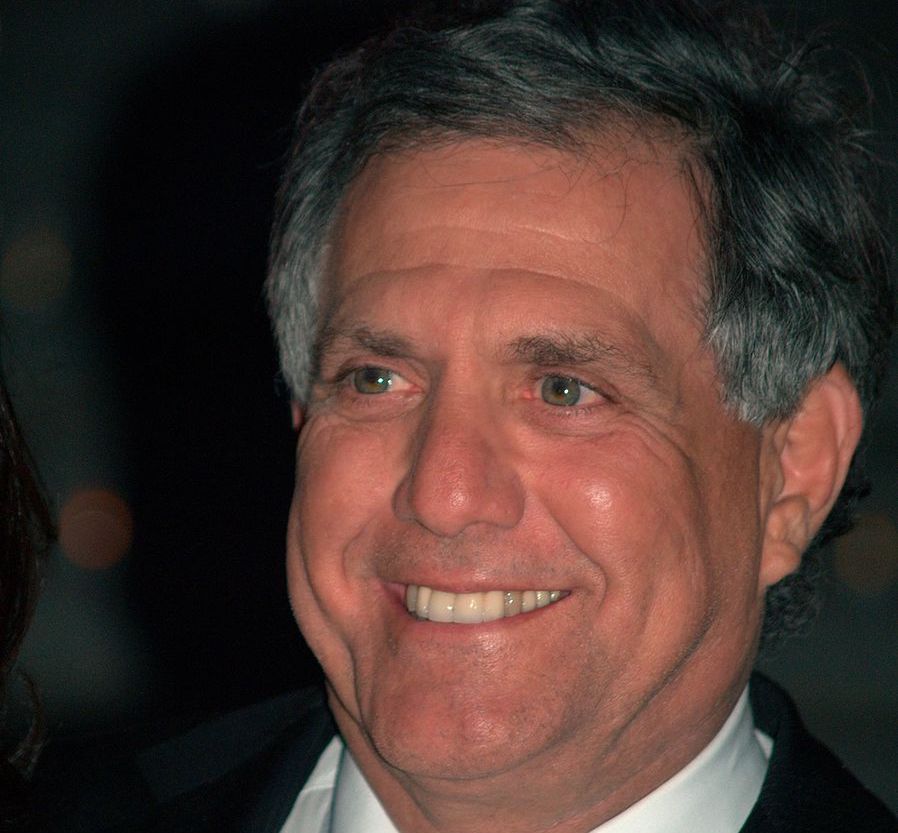