The most popular political thriller currently in theaters is called Q Anon. The only problem is, the theaters are in people’s parents’ basements, and the screens are attached to the Internet.

Of course, Q Anon isn’t a real movie. It’s a brushfire of a conspiracy theory, linking everything from the Steele dossier to an imagined global cabal of cannibal pedophiles, with Jeffrey Epstein’s mysterious suicide and what its subscribers are convinced will be Bill Gates’s bodysnatching coronavirus vaccine tossed in.

Q Anon is a “movie” people experience at home, on computer screens. And from the looks of it, joining the world of Q is a serious time commitment. Believers search message boards for coded directives from their mysterious leader, Q. They parse each missive in long pseudo-scholarly text exchanges with one another. They post YouTube videos and make Facebook groups. They buy and sell Q-branded T-shirts and caps. Hollywood wishes it could come up with a product with this kind of rabid fan base. Q fans put Trekkies to shame.

It doesn’t matter that Q Anon has a complicated, impossible-to-follow storyline. Wired magazine has estimated that about 2.6 percent of all Americans believe some or all of whatever Q Anon is pushing. That’s probably overstating it, so let’s call it 2 percent. That’s about 6.6 million people. If Q Anon were a real movie—and let’s face it, it has all the trappings of a really juicy 1970s-style political thriller—it would have a pretty solid $63 million opening weekend.

Assuming, of course, that movie theaters ever reopen. Eight months after being shuttered by the coronavirus, the future of movie theaters is unclear.

In early September, Warner Bros. gambled that movie fans were ready to return to the theaters. It released Tenet, a complicated science-fiction thriller filled with political intrigue, into newly de-virused and disinfected cineplexes all over the country. The American moviegoing public mostly stayed away. By early October, Tenet had pulled in about $48 million in North America.

The movie did much better in Europe and elsewhere (places that parochial Hollywood types call “outside markets”). But the domestic performance was dire enough to panic the rest of the industry. The theatrical release of the next installment of the James Bond franchise, No Time to Die, was postponed a second time, all the way to April 2021. Disney announced a corporate-wide “strategic restructuring”—never something the employees of a bloated and sprawling company want to hear—and revealed that the next big Pixar release, Soul, would bypass theaters and go straight to Disney Plus, its recently launched streaming service.

It’s been a crowded and eventful year for all of us, but for the movie business, it’s been about two tectonic shifts. People stopped wanting to sit in dark theaters with other sniffling, slobbering, sipping moviegoers; and people happily paid monthly for a variety of streaming services to watch from their safe, quarantined sofas.

Hollywood is having a nervous breakdown. But it’s had those before.

In the early 1960s, box-office numbers were way down. People weren’t going to the movies much anymore. Back then, the movie moguls did what people always do when something bad happens to them: they blamed television.

NBC, ABC, and CBS were the Netflix, Apple Plus, and HBO Max of their day. People watching stuff at home, the movie-business aristocrats agreed, had killed the movie business.

They had done nothing of the kind, of course. They had simply moved to the suburbs. The movie theaters had stayed behind, in the city. If a postwar, Baby Boom family of four living in a spanking-new suburban subdivision wanted to see a movie, they had to drive all the way back into the city, a place that seemed to them increasingly alien and dangerous. As the early 1960s gave way to the scarier and grittier late 1960s, audiences just weren’t all that excited about the prospect of heading back to the urban jungle to catch a flick. So they stayed home and watched The Beverly Hillbillies.

And then some genius built a big multiplex cinema out in the suburbs, near the freeway and adjacent to the shopping mall, and suddenly people started going to the movies again. It turned out that people liked television, but they also liked going to (cleaner, closer, safer) movie theaters. It wasn’t a zero-sum proposition after all! Suddenly, everyone was getting rich again! Nervous breakdown over!

The first rule of the entertainment business is, move the screens closer to the audience.

People go to the movies to escape real life for a few hours, and Hollywood has managed to deliver fun and thrilling fare through world wars, cultural collapse, nuclear terror, political assassinations, you name it. Cheering people up during a pandemic is what the movie business was designed for. If the movie studios want to reignite the movie-going experience after COVID-19, all they need to do is deliver up a crowd-pleasing slate of pictures. Streaming services won’t kill the movie business any more than television killed it in the 1960s. The audience’s appetite for entertainment and diversion is limited only by the number of hours in the day, which leaves a lot of room for Hollywood to get rich.

In 2020, after eight months of dark screens and homebound audiences, perhaps the best way to get people back into the movie theaters would have been to release something fun. A romantic comedy, perhaps, or a spy thriller. One of those movies that’s all about cars—a Fast or a Furious or something like that.

Try this: Ask a person who has seen the movie Tenet, if you can find one, to briefly describe the plot and watch as they struggle to explain a movie that’s told in a backwards zigzaggy fashion with a lot of confusing plot twists and long complicated speeches from the characters to clarify—unsuccessfully—what’s actually happening onscreen. Tenet wasn’t an escape; it was homework. And the second rule of show business is, people don’t pay for homework.

The Q Anon audience, though, absolutely adores homework. They’ll happily spend hours clicking though message boards and scrolling along nested comment threads. They’ll do deep dives into the chemical nature of adrenochrome—spoiler alert, it’s basically just adrenaline—and search Google for street views of Washington, D.C., pizza joints. Q Anon, in fact, has the same kind of incoherent and tough-to-summarize story structure as Tenet. It shouldn’t, according to show business rules one and two, be as popular as it is.

But here’s the difference: The whole point of the Q Anon shaggy-dog tall tale is that a Deep State group of pedophiles, drug addicts, and Democrats is already being rounded up and thwarted by Donald Trump. It’s the only conspiracy theory in human history in which the good guys are going to win. It’s all about how Trump is secretly going to save us from cannibal pedophiles. It’s nutty and paranoid, sure, but it’s optimistically nutty and paranoid.

If at all plausible (and even if it’s a real stretch of the imagination and credulity and sometimes relies on the sheer forgetfulness of an audience), you should make sure the guy and the girl end up together. Make sure the house doesn’t burn down. Make sure that Earth is saved, the hero triumphs, the wedding comes off, the warring partners are reconciled, and the dog comes home, dirty but happy.

Make sure, in other words, that the Deep State cabal is foiled by the unlikely president.

Audiences will forgive a lot of things—a boring opening, a slow middle—but they want the ending to feel like a cymbal clash, a champagne cork popping, the satisfying sound of a book you’ve really enjoyed plopping shut. Q Anon keeps promising a classic crane-shot ending, so it’s a lot more satisfying to think about than a complicated time-travel puzzle box like Tenet, which is why the Q Anon “movie” is a bigger hit than Tenet.

And that’s the fourth rule of show business: Give the people what they want. 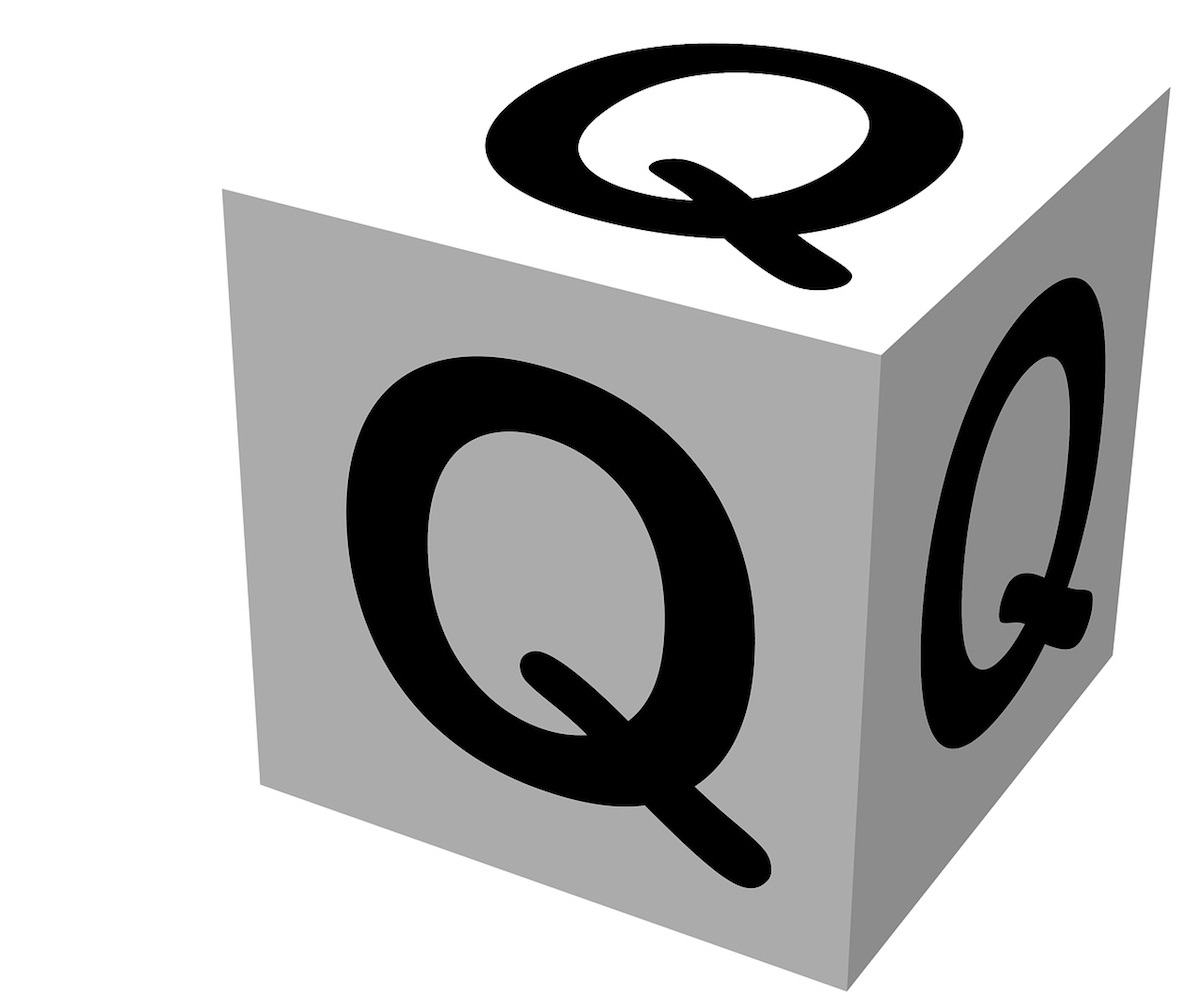