The education-reform movement Diane Ravitch mercilessly mocks in her new book, Slaying Goliath, deserves serious scrutiny. Its policies and preferences have dominated and reshaped American education for over three decades. The rhetoric of reform is stirring and ennobling. It calls out shameful and persistent achievement gaps between black and white children and a complacent status quo in public schools that allows those gaps to persist. But reform’s moral capital has been spent on things that parents don’t like very much, notably an aggressive testing and accountability regime that injects itself between parents and the schools they like. The regime has reshaped children’s experience of schooling, too often reducing it to an exhausting cycle of prep-and-test. And to what end?

Plotted on a graph, the scores earned over the past 40 years by America’s 17-year-olds on the National Assessment of Educational Progress resemble nothing as much as a dead man’s EKG. Some discontent is warranted. If there had been transformative gains to be wrought from the academic standards, testing, and accountability playbook of the past few decades, we should have seen them by now. It is a painful but sad fact that since the 1983 A Nation at Risk report launched the modern ed-reform movement, the policymakers, philanthropists, and social entrepreneurs Ravitch lumps together under the rubric of “The Disruptors,” and whom she derides as “masters of chaos,” have overreached and underperformed. That is the story she wishes to tell in Slaying Goliath.

But Ravitch also overreaches and underdelivers, often wildly. It is simply factually incorrect to assert of The Disruptors that “not one of their efforts has succeeded.” America’s major cities are now home to hundreds of high-performing charter schools that didn’t exist 20 years ago, run by organizations such as KIPP, Uncommon Schools, Achievement First, Success Academy, YES Prep, and IDEA Public schools. They have created reliable pathways for historically underserved low-income black and brown students to go to college by the thousands. Perhaps that is small beer compared with the general lassitude that besets American K–12 education at large, but still these schools are vital ladders out of poverty for the families that they serve.

Ravitch earned her reputation half a century ago as a clear-eyed historian of education, but Slaying Goliath is no history. Rather, it is a celebration of a far-flung collection of teachers and parent activists and a handful of academics and elected officials Ravitch stitches together into something she calls (again with capital letters) “The Resistance.” What they are resisting, she says, is the “privatization” of public education. They are heroes fighting for democracy and against the dark forces of plutocracy.

Ravitch’s portrait of these new “great school wars” (to borrow the title of the book that made her reputation in 1965) is extraordinarily biased. She describes infuriating instances of corruption and fraud, particularly among online charter-school operators, with untold millions of public dollars misspent. Yet she takes no notice of similar corruption and criminality in the vastly larger public-school systems she champions.

When school boards resist the Disruptor agenda, she asserts, they represent the “democratically controlled” will of parents and those people who take what she believes to be “principled stands” to defend public schools. But when school boards embrace reform, it’s a “takeover by right-wing ideologues” who “smugly ignored parents, students, and teachers who questioned them.” Democracy rocks when it serves The Resistance. When The Resistance faces resistance, however, it’s the corrupting influence of “Dark Money” (more caps) spent by billionaire privatizers.

A casual reader of Slaying Goliath might get the impression that there was once a time when all had been well in American education and that the children of both rich and poor, black and white, used to skip off hand-in-hand each day to bask in the nurturing glow of gifted teachers in democratically controlled common schools—until the dark moment when malefactors of great wealth plundered it all. Not one paragraph suggests that the ed-reform movement, whatever its shortcomings, was an earnest response to a public-education system that had betrayed its ideals and left millions of children unprepared for lives of upward mobility and engaged citizenship. The Manichean caricature of education reform scribbled in Slaying Goliath dismisses even the possibility that there might be men and women of goodwill among The Disruptors who are authentically concerned with the well-being of children. Instead, there are only dupes or whores. All you need to know is who signs their paychecks.

Ravitch’s project is to make two-dimensional heroes of The Resistors and then bask in their applause. Never mind that we spend over $700 billion a year on public education—nearly $14,000 per student nationwide—in the United States. According to Ravitch, schools are still underfunded, hollowed out, and starved for resources. In her eyes, this behemoth is David. Those who expect better results or merely a decent school for their kids represent Goliath.

The critique in Slaying Goliath is frozen in time, stuck at a point a decade ago when the ed-reform movement was at the peak of its power and prestige, when scowling D.C. schools chief Michelle Rhee was on the cover of Time wielding a broom, and Newsweek’s cover suggested a simplistic remedy to our educational ills: We must fire bad teachers. These magazines barely exist any longer. Nor does the ed-reform world Ravitch evokes.

“Disrupters say that schools should be run like businesses,” Ravitch claims. In truth, that cliché hasn’t been tossed about in reform circles in well over a decade, and even then such words were rarely spoken by those seriously engaged in education. “The Corporate Disrupters are indifferent to poverty and racial segregation,” she insists, revealing the degree to which her jeremiad is disconnected and dated. Insofar as an education-reform movement remains today, 20 years into the century, it is obsessed with issues of poverty and race. Indeed, there is no small amount of frustration, particularly on the right, that a movement once dedicated to the (perhaps naive) idea that education was the cure for poverty, has morphed over time into a wholly owned subsidiary of Social Justice, Inc. These days, ed reformers seem more concerned with combatting institutional racism and dismantling white supremacy, and focusing their energies on housing, segregation, policing, and immigration, than on teaching kids to read.

Ravitch’s view of education reform is both inspired by and stuck in the moment when she changed sides, morphing as she did from one of reform’s most dependable allies to its severest critic. She once served as an assistant secretary of education during the elder Bush’s administration and was a member of the Hoover Institution’s Koret Task Force on K–12 Education. She authored a shelf of books that were education-reform touchstones, including Left Back, The Schools We Deserve, even National Standards in American Education: A Citizen’s Guide, all of which argued for and defended many of the policies she now vigorously attacks.

What happened? For a time, trying to suss out the causes of her flip was ed reform’s most popular parlor game. The most common explanation was ugly and mean-spirited. An irresponsible article in The New Republic in 2011 functionally outed Ravitch, rationalizing her apostasy as payback for New York City schools chancellor Joel Klein’s refusing to hire her partner Mary Butz to run a principal-training program. (Her new book is dedicated to Butz, whom Ravitch has since married.) The idea that a serious academic would overthrow a lifetime of scholarship to avenge a petty slight was and is deeply unserious. The tireless effort Ravitch has devoted to her anti-reform crusade should leave no doubt that her conversion is earnest.

The main achievement of Slaying Goliath is that Ravitch, perhaps unwittingly, has crafted a playbook on how to avoid paying a price for past misdeeds. Cancel culture routinely exiles artists and intellectuals from public life for untoward comments made decades ago. Ravitch was more than a casual chronicler; she was a significant intellectual architect, present at the birth of many of the reforms she now derides. Turning against them not with thoughtful critiques but bursts of vitriol and rage has earned her not just a pass but adoration and acclaim from the very Resistance figures who might otherwise be canceling her.

Her new acolytes are her audience, but other readers may find Slaying Goliath depressing, even nihilistic. Is there nothing to be done? One thing Ravitch has not changed her mind about is what a good public education looks like: “Educators and parents want students to have a genuine education with a full and balanced curriculum that includes science, foreign languages, history, literature, physical education, the arts, and civics, not just prep for standardized tests in reading and mathematics.” Hear, hear! It is tempting to wonder whether 50 million America school children might be better off today had Resistance Ravitch directed her considerable energies and intellect to rallying her new friends and fans to bring that vision to fruition. It may surprise her to learn, even now, that there are significant numbers among those she regards as villains who would march in that army, myself included. But the parade has long since passed. Reform may be a disappointment, but what preceded it didn’t work either. Ravitch the historian understood that. Ravitch the polemicist has no time for such complications.

Had she put her mind to it, Ravitch might have written a version of The Best and the Brightest about the education-reform era in which a new generation of Ivy League “whiz kids” cut their righteous teeth in urban classrooms with Teach For America. Brimming with technocratic self-assurance and indignation at educational inequity, untainted by failure and driven by what Martin Luther King Jr. called “the fierce urgency of now,” these swaggering zealots fan out to launch charter schools and run school districts, seek elected office, and launch dozens of nonprofit organizations and advocacy campaigns. Then they are inevitably humbled by the complexity of social forces weighing down student achievement and the sheer weight of politics and institutional inertia. Slaying Goliath is, to put it mildly, not that book. In the guise of an indictment of reformist failure, it is a celebration of status quo indifference. 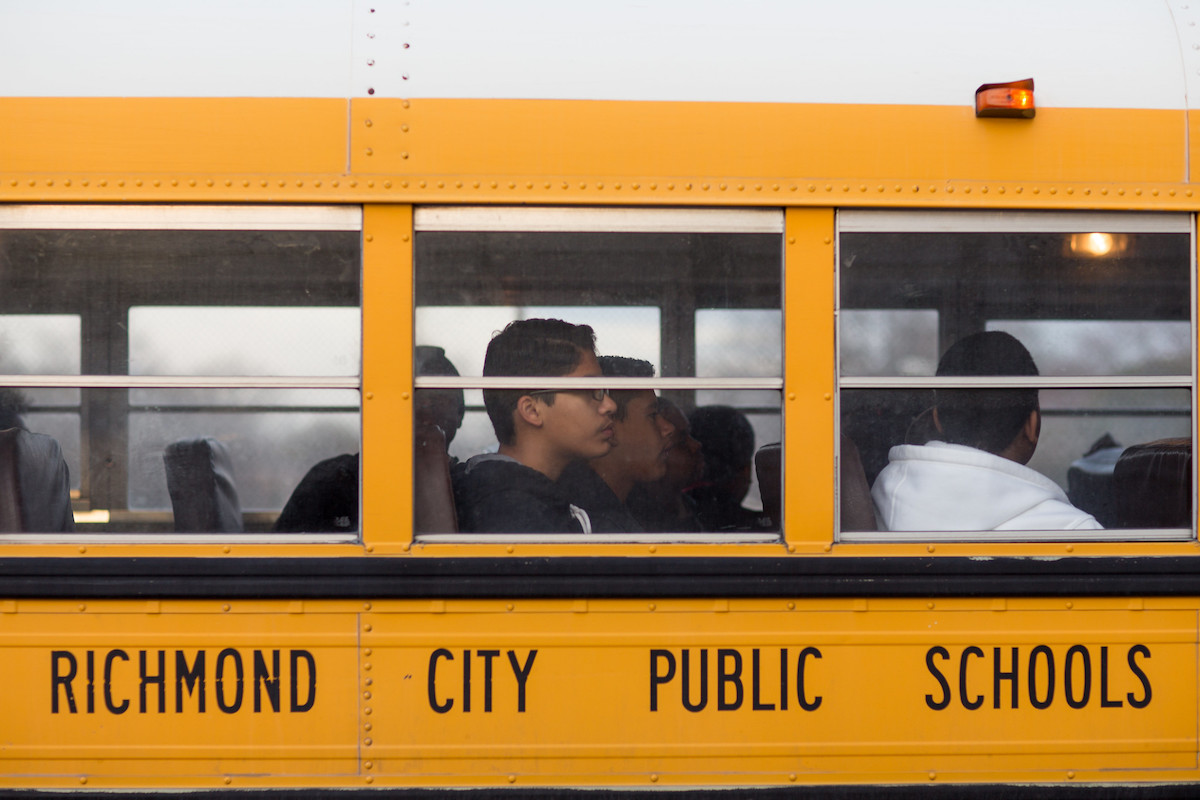