he conservative legal movement is in crisis. Its lion, Antonin Scalia, is now dead, and with him the possibility of a Supreme Court sometimes-majority. Its star appointee, the chief justice, was given the most consequential opportunity to cabin federal power in decades—and abstained. And its party has nominated for the White House a man who admires authoritarians and is alternatingly unaware or contemptuous of constitutional limitations on the executive. Its influence appears to be waning. Intellectually, it’s beginning to lose faith. 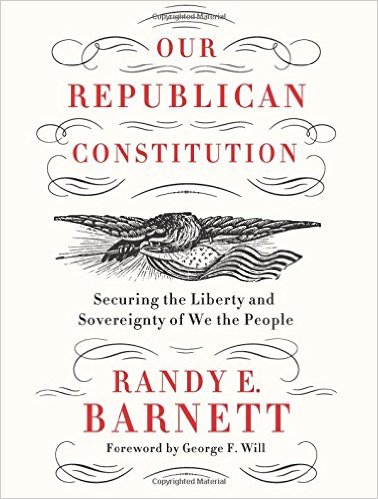 “Crisis” comes from the Greek for a “turning point”—a reminder that disorder is also an opportunity for renewal. Randy Barnett, Georgetown Law’s libertarian stalwart, offers a new way forward in his book Our Republican Constitution: Securing the Liberty and Sovereignty of We the People. This provocative book is also the first of Barnett’s works to be addressed to a popular audience and makes a crucial contribution at a time when rank-and-file Republicans seem especially unmoored from the cause of self-government.

Barnett frames American legal history as a contest between a small-r republican right and a small-d democratic left, and urges conservatives and libertarians to recover what he calls a “republican” theory of jurisprudence. That recovery would be a sea change, requiring that conservatives abandon the theory of “judicial restraint” that has been at the center of conservative thinking about the courts for nearly half a century.

Who, Barnett begins by asking, is sovereign in the American system? The answer, of course, is “We the People,” but that immortal phrase can be interpreted in several ways. The one Barnett prefers is rooted in the writings of John Locke. In this view, the individual is sovereign—he has natural individual rights and gathers with others to form governments to protect those individual rights. The efficacy and morality of these governments, therefore, should be evaluated based on their ability to secure and sustain those rights. This is the Republican Constitution. The Democratic Constitution, rooted in the ideas of Jean-Jacques Rousseau, embraces an idea of the collective as sovereign and sees “We the People” as the whole that rules the whole. The will of the majority is the ultimate governing force.

The Republican Constitution originates in the first two paragraphs of the Declaration of Independence. These paragraphs explain the sources of individual rights in the laws of nature and Nature’s God. When the time came to create a national government in line with this theory that individuals are sovereign, the framers believed that the greatest threat to this new order based on natural law was tyranny. So they set up structural stumbling blocks to the tyranny of the majority and enshrined in both the Constitution and its amendments explicit limits on federal power and explicit acknowledgements of individual rights.

Since it is unelected and since its members sit for life, the court’s power relies on the respect and veneration it earns and maintains. It must therefore protect its popular reputation.


Yet the Constitution in its original form was far from completely republican. The rights of blacks and women needed more vigorous protections, which were added to it in the form of the 13th, 14th, 15th, and 20th Amendments. Unlike many conservatives, Barnett is comfortable with the so-called activist reading of the “due process” clause of the 14th Amendment, which permits the judiciary to strike down many laws, including excessive economic regulations. For Barnett, the heyday of the Republican Constitution was when the Supreme Court was defending economic rights and pushing back against both the Progressive Movement and the New Deal.

In Barnett’s reading, the Democratic Constitution is a reflection of the “popular sovereignty” doctrine elucidated by Stephen Douglas in the famous debates between the Illinois senator and Abraham Lincoln. It bubbles up whenever courts defer to elected branches out of an intuition that majorities should rule. Barnett traces this line from the civil-rights cases that legitimized segregation to the way the court accommodated and enshrined the New Deal—and, remarkably, on to the theory of “judicial restraint.” Barnett would shrug at the late Antonin Scalia’s contention that “a system of government that makes the People subordinate to a committee of nine unelected lawyers does not deserve to be called a democracy.” In Barnett’s view, the United States is first and foremost a rights-protecting nation, and only secondarily one in which majorities rule.

Barnett is especially eloquent in pointing out our many governing dysfunctions, which are some of the worst betrayals of the Republican Constitution (or, simply, the Constitution): cartel federalism, administrative agencies subverting the separation of powers, and the proliferation of arbitrary and often corrupt rules. A daring court, stocked with judges who agree with Barnett, could well correct these dysfunctions.

Barnett is right to criticize the simplistic appeals to majority rule that conservatives often make. The constitutional system of checks and balances exists precisely to limit what majorities can do. But it is possible to be sober-minded about the limits of majorities and sober-minded about the limits of judges. When Alexander Bickel, the Yale scholar and professor who championed the cause of judicial restraint before there was a conservative legal movement, criticized the Warren Court for its overreach, he did so because he believed the power of the courts to be inherently fragile. Since it is unelected and since its members sit for life, the court’s power relies on the respect and veneration it earns and maintains. It must therefore protect its popular reputation. The more it uses its authority to supersede or undermine the acts of elected officials, the more unstable its foundations. Liberty is a precious thing, but so is order, and our order is based not only in the protection of rights but also in the legitimacy of public actions. That is why conservatives argue that law-making is best left up to the branches most fit to the task of compromise and consensus-building, and that the courts interfere with that kind of republican labor at their and our peril.

In providing an argument that the courts should be activist in restoring the sovereignty of the individual, Our Republican Constitution makes a compelling case that is at once old and new. Will conservatives take this path and begin appointing crusaders for small government? In our system, the first step is to persuade We the People. 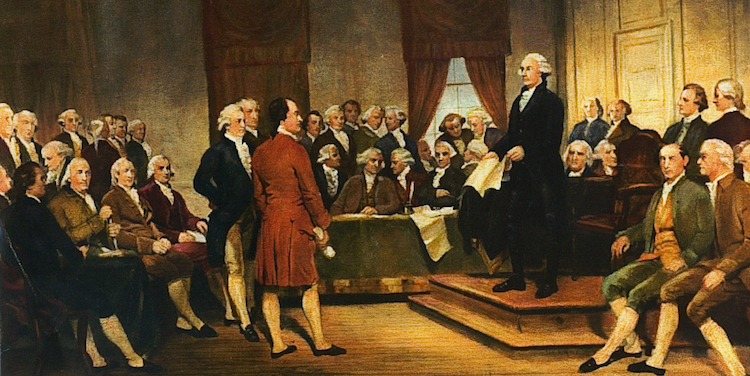 Jeremy Rozansky is associate editor at The Tikvah Fund.