hen John Paul II entered the Hall of Remembrance at Yad Vashem, only a few papal insiders had any idea what he was going to say. The year was 2000. The pontiff had overcome decades of Vatican diplomatic torpor to make his Holy Land pilgrimage. He was the second pope ever to travel to Jerusalem and the first to visit Israel’s official Holocaust memorial. Add his Polish heritage, and this was a fraught moment.

Standing before the eternal flame, a frail John Paul shed silent tears for 6 million victims, including some of his own childhood friends from Krakow. Then, after reciting verses from Psalm 31, he began: “In this place of memories, the mind and heart and soul feel an extreme need for silence. … Silence, because there are no words strong enough to deplore the terrible tragedy of the Shoah.” Parkinson’s disease strained his voice, but it was clear that the pope’s irrepressible humanity and spiritual strength had once more stood him in good stead.

George Weigel watched the address from NBC’s Jerusalem studios, where he was providing live analysis for the network. As he recalls in Lessons in Hope, his touching and insightful memoir of his time as the pope’s biographer, “Our newsroom felt the impact of those words, spoken with the weight of history bearing down on John Paul and all who heard him: normally a place of bedlam, the newsroom fell completely silent.” The pope, he writes, had “invited the world to look, hard, at the stuff of its redemption.”

Weigel, a senior fellow at the Ethics and Public Policy Center, published his biography of John Paul in two volumes, Witness to Hope (1999) and The End and the Beginning (2010). His new book completes a John Paul triptych, and it paints a more informal, behind-the-scenes portrait. Readers, Catholic and otherwise, will finish the book feeling almost as though they knew the 264th successor of Peter. Lessons in Hope is also full of clerical gossip. Yet Weigel never loses sight of his main purpose: to illuminate the character and mind of the “emblematic figure of the second half of the twentieth century.”

The book’s most important contribution comes in its restatement of John Paul’s profound political thought at a time when it is sorely needed. Throughout, Weigel reminds us of the pope’s defense of the freedom of conscience; his emphasis on culture as the primary engine of history; and his strong support for democracy and the free economy.

When the Soviet Union collapsed, the pope continued to promote these ideas in such encyclicals as Centesimus Annus. The 1991 document reiterated the Church’s opposition to socialist regimes that reduce man to “a molecule within the social organism” and trample his right to earn “a living through his own initiative.” Centesimus Annus also took aim at welfare states for usurping the role of civil society and draining “human energies.” The pope went on to explain the benefits, material and moral, of free enterprise within a democratic, rule-of-law framework.

Yet a libertarian manifesto Centesimus Annus was not. It took note of free societies’ tendency to breed spiritual poverty, materialism, and social incohesion, which in turn could lead to soft totalitarianism. John Paul called on state, civil society, and people of God to supply the “robust public moral culture” (in Weigel’s words) that would curb these excesses and ensure that free-market democracies are ordered to the common good.

When Weigel emerged as America’s preeminent interpreter of John Paul, in the 1980s and ’90s, these ideas were ascendant among Catholic thinkers. In addition to Weigel, proponents included the philosopher Michael Novak and Father Richard John Neuhaus of First Things magazine (both now dead). These were faithful Catholics (in Neuhaus’s case, a relatively late convert) nevertheless at peace with the free society, especially the American model. They had many qualms with secular modernity, to be sure. But with them, there was no question that free societies and markets are preferable to unfree ones.

How things have changed. Today all the energy in those Catholic intellectual circles is generated by writers and thinkers who see modernity as beyond redemption and freedom itself as the problem. For them, the main question is no longer how to correct the free society’s course (by shoring up moral foundations, through evangelization, etc.). That ship has sailed or perhaps sunk, according to this view. The challenges now are to protect the Church against progressivism’s blows and to see beyond the free society as a political horizon.

Certainly the trends that worried John Paul in Centesimus Annus have accelerated since the encyclical was issued. “The claim that agnosticism and skeptical relativism are the philosophy and the basic attitude which correspond to democratic forms of political life” has become even more hegemonic than it was in 1991. “Those who are convinced that they know the truth and firmly adhere to it” increasingly get treated as ideological lepers. And with the weakening of transcendent truths, ideas are “easily manipulated for reasons of power.”

Thus a once-orthodox believer finds himself or herself compelled to proclaim that there is no biological basis to gender; that men can menstruate and become pregnant; that there are dozens of family forms, all as valuable and deserving of recognition as the conjugal union of a man and a woman; and that speaking of the West’s Judeo-Christian patrimony is tantamount to espousing white supremacy. John Paul’s warnings read like a description of the present.

The new illiberal Catholics—a label many of these thinkers embrace—argue that these developments aren’t a distortion of the idea of the free society but represent its very essence. This is a mistake. Basic to the free society is the freedom of conscience, a principle enshrined in democratic constitutions across the West and, I might add, in the Catholic Church’s post–Vatican II magisterium. Under John Paul, religious liberty became Rome’s watchword in the fight against Communist totalitarianism, and today it is the Church’s best weapon against the encroachments of secular progressivism. The battle is far from lost, moreover. There is pushback in the courts, at the ballot box, and online. Sometimes it takes demagogic forms that should discomfit people of faith. Then again, there is a reason such pushback is called “reaction.”

A bigger challenge for Catholics prepared to part ways with the free society as an ideal is this: What should Christian politics stand for in the 21st century? Setting aside dreams of reuniting throne and altar and similar nostalgia, the most cogent answer offered by Catholic illiberalism is that the Church should be agnostic with respect to regimes. As Harvard’s Adrian Vermeule has recently written, Christians should be ready to jettison all “ultimate allegiances,” including to the Constitution, while allying with any party or regime when necessary.

What at first glance looks like an uncompromising Christian politics—cunning, tactical, and committed to nothing but the interests of the Church—is actually a rather passive vision. For a Christianity that is “radically flexible” in politics is one that doesn’t transform modernity from within. In practice, it could easily look like the Vatican Ostpolitik diplomacy that sought to appease Moscow before John Paul was elected.

Karol Wojtya discarded Ostpolitik as soon as he took the Petrine office. Instead, he preached freedom and democracy—and meant it. Already as archbishop of Krakow under Communism, he had created free spaces where religious and nonreligious dissidents could engage in dialogue. As pope, he expressed genuine admiration for the classically liberal and decidedly secular Vaclav Havel. He hailed the U.S. Constitution as the source of “ordered freedom.” And when, in 1987, the Chilean dictator Augusto Pinochet asked him why he kept fussing about democracy, seeing as “one system of government is as good as another,” the pope responded: No, “the people have a right to their liberties, even if they make mistakes in exercising them.”

The most heroic and politically effective Christian figure of the 20th century, in other words, didn’t follow the path of radical flexibility. His Polish experience had taught him that there are differences between regimes—that some are bound to uphold conscience and human dignity, even if they sometimes fall short of these commitments, while others trample rights by design. The very worst of the latter kind could even whisk one’s boyhood friends away to extermination camps. There could be no radical Christian flexibility after the Holocaust. 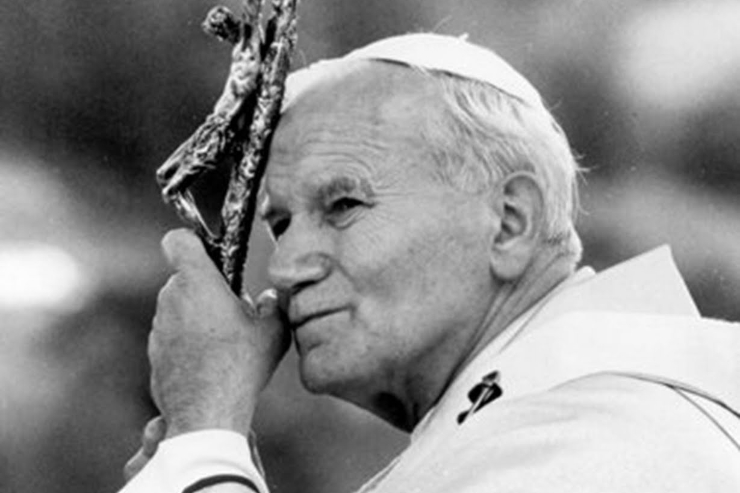