he market for books on how to save liberal democracy is booming, and it doesn’t take a genius to figure out why. The past few years have witnessed the success of populist, nationalist, and illiberal movements worldwide. Brexit and Donald Trump’s election boggled academic and journalistic minds. The defining question of the moment is: Why are voters casting ballots against a philosophy that is synonymous with liberty?

The save-democracy writers have generally taken two tacks in answering it. Some see a simple replay of the previous century: The West’s authoritarian spirit has resurfaced, they say, and seduced the multitudes once more. It is up to heroic liberals to fight back, as their forebears in the 1940s did. But others have tried to trace today’s crack-up to liberal missteps or even to flaws in the liberal-democratic idea. This is a more useful avenue for those of us concerned with the preservation of self-government.

Yascha Mounk’s The People vs. Democracy wants to be the latter kind of (subtle, thoughtful) book but too often ends up making the cruder arguments of the former. The author, a lecturer on government at Harvard, argues that while liberals took liberalism’s permanence for granted, voters became “fed up with liberal democracy itself.” Elections across the developed world, in which fringe characters and populists routed mainstream establishments, provide the main evidence. Mounk has also collected mountains of public-opinion data, mainly from the World Values Survey, which shows a deeper transformation: People in the U.S. and Europe increasingly reject democratic principles and even hanker for strongman authority.

Fewer than a third of U.S. millennials “consider it essential to live in a democracy.” One out of 4 believes that democracy is a bad form of government. One-third of Americans of all ages now favor some sort of strongman rule, without checks and balances, and 1 of 6 would prefer the strongman to don a military uniform. Similarly, a third of German respondents and an astonishing half of those from Britain and France support strongman rule. Parties of the far right and far left are rapidly expanding their appeal, particularly among young people. There are many more depressing statistics of the kind, presented in numerous charts and graphs throughout.

Mounk thinks there are two factors at play in these attitudes. The first is the emergence of illiberal democracy, or “democracy without rights,” as a serious rival to the current order. Vladimir Putin in Russia, Recep Tayyip Erdogan in Turkey, Narenda Modi in India, and Viktor Orbán in Hungary, among others, exemplify this model. Once elected, these leaders chip away at individual rights and independent institutions until democracy is all but hollowed out and it becomes nigh impossible to remove the ruling party from office. Mounk strongly suspects that the Trump administration plans to pull something like this on the American public, though thus far the president’s illiberal bluster has proved to be just that.

The second factor is undemocratic liberalism, or “rights without democracy.” Here Mounk has in mind technocratic liberalism’s drive to remove an ever-growing share of policy decisions from the purview of voters and their elected representatives. This has been necessitated by the complexity of contemporary problems such as climate change and international trade, Mounk contends. Yet rights without democracy has generated mistrust and cynicism. Liberals, he says, should aim to “strike a better balance between expertise and responsiveness to the popular will.”

Mounk’s sections on the damage wrought by undemocratic liberalism should be instructive to his fellow liberals. But conservatives have for years stamped their feet and pulled their hair over the same phenomenon, only to be ignored by elite liberals on both sides of the Atlantic. Right-of-center readers might be forgiven for sarcastically muttering “no kidding” as Mounk takes them on a guided tour of liberal folly.

Conservatives have been warning about administrative bloat, for example, since at least the first half of the 20th century. It turns out that they had a point. Writes Mounk: “The job of legislating has been supplanted by so-called ‘independent agencies’ that can formulate policy on their own and are remarkably free from oversight.” Ditto activist judges: “The best studies of the Supreme Court do suggest that its role is far larger than it was when the Constitution was written.” And ditto the European Union’s democratic deficit: “To create a truly ‘single market,’ the EU has introduced far-reaching limitations” on state sovereignty.

He also strikes upon the idea that nations really are different from one another, and in politically significant ways. “After a few months living in England,” the German-born author confesses, “I began to recognize that the differences between British and German culture were much deeper than I imagined.” No kidding. What about the anti-Western monoculture that lords over most college campuses? Here, too, the right was on to something. “Far from seeking to preserve the most valuable aspects of our political system,” Mounk writes, liberal academe’s “overriding objective is, all too often, to help students recognize its manifold injustices and hypocrisies.”

Mounk’s discovery of these core conservative insights, however, doesn’t spur a rethink of his reflexive disdain for conservatives. This is most apparent in his coverage of American politics. The book is supposed to be a battle cry for democracy to rally left and right alike. Yet, with few exceptions, conservatives and Republicans are cast as cynical operators who rely on underhanded tactics and coded racism to undermine democracy and ultimately abet the populists. (Hillary Clinton and Barack Obama receive adulatory treatment.)

He describes Senate Majority Leader Mitch McConnell’s refusal to hold hearings for Merrick Garland, Obama’s final Supreme Court nominee, and GOP filibustering of Democratic legislation as “abuse[s] of constitutional norms” (they weren’t). But he pooh-poohs popular outrage at Clinton’s unlawful use of a private email server and elides the Obama Internal Revenue Service’s selective targeting of conservative nonprofits ahead of the 2012 election.

He also underestimates a third development of recent years—liberal illiberalism (my term, not his)—a liberalism that not only lacks democratic legitimacy but  seeks to destroy, in the name of tolerance, the fundamental rights of those who stand in the way of full-spectrum progressivism. This is the kind of liberalism that compels nuns to pay for contraceptives and evangelical bakers to bake gay-wedding cakes, silences conservative speakers on campus, and denounces sushi restaurants as “cultural appropriation.”

Mounk isn’t ignorant of these tendencies, and he wants liberals to ease up (a bit). Yet, because he maintains that the censorious left’s heart is in the right place, he can’t seem to reach the necessary conclusion: that much illiberalism today comes, not from the right, but from ostensibly liberal quarters, and that this says something about the nature of contemporary liberal ideology. The true illiberal villains, for Mounk, are only ever the Modis, Trumps, and Orbáns—plus the troglodytes down South. Well-intentioned liberals who back censorship, he writes at one point, “ignore what would happen if the dean of Southern Baptist University…were to gain the right to censor utterances” he dislikes.

In fact, there is no such institution as “Southern Baptist University.” According to the most recent rankings from the Foundation for Individual Rights in Education, however, four of the 10 worst U.S. colleges for free speech last year were public schools located in blue states, while five were blue-state private or religious schools with longstanding reputations for progressivism (Mounk’s own Harvard among them).

His quickness to frame Southern Baptists as illiberal bogeys is telling and suggests that, for all its exhortations against liberal highhandedness, Mounk’s book comes from the same high-handed place. It colors the author’s approach to questions of nationalism and immigration that are at the heart of the current ferment. He concedes that liberal democracy is compatible with voter demand for limits on mass migration. But he can’t help but attribute those demands to irrational “resentment,” eschewing completely the—perfectly rational—fear of Islamist terrorism.

He sees the nation-state as an “imagined community” to which too many of our fellow citizens remain attached. Ideally for Mounk, the empire of rights and procedural norms would thrive independently of nationhood, civilizational barriers, and sacred communities. For now, he allows, liberals unfortunately have to contend with these anachronisms. His view is an improvement over the liberal transnationalism that is still committed to doing away borders altogether, even after the popular counterpunch of 2016. Still, why should Poles or Hungarians or Britons remain politically attached to Polish, Hungarian, or British democracy? What is it about Polishness as such that matters to Poland’s democratic character? Mounk has no answers.

No wonder, finally, that the author never satisfactorily links liberalism’s turn against democracy and the rise of illiberal democrats. He can never bring himself to say outright that the one (rights without democracy) is begetting the other (democracy without rights). Liberals, of the classical and the contemporary varieties, badly need a book that offers such uncomfortable reckonings. Yascha Mounk’s The People vs. Democracy is not it. 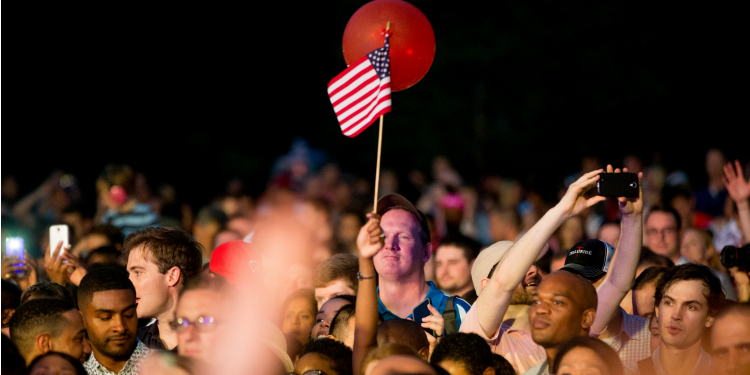