For some people, it’s skydiving. For others, high-stakes poker. For me, traveling back to my native Iran is the crazy-risky thing I often fantasize about but would never actually do.

I’m a Christian convert and therefore an apostate from Islam. I’ve publicly traveled to Israel and spoken in defense of the Jewish state. And I work for News Corp, which the Iranian regime considers a Zionist organ that seeks to foment a “velvet revolution” against mullah-power. That’s three counts against me. If I’m ever foolish enough to fly to Tehran, it’s sure to be a one-way trip. I would almost certainly land in Evin Prison, maybe never to get out alive.

Mine is a nightmare/fantasy shared by many Iranian exiles. The very word “Evin” sends chills down our spines. Evin means brightly lit solitary-confinement cells designed to drive you bonkers. It means torture chambers where they dunk your head into buckets filled with feces and cockroaches, beat your feet with electric cords till they turn into purple bags of flesh, or play mock-execution games that drive you bonkers even faster. “Evin” is another word for hell.

Jason Rezaian has been to hell and returned to write the best prison book of the 21st century. Prisoner is a memoir of immense narrative power that forces you to bite your nails and turn the page till it’s over. This, even though anyone who has followed the news will know the ending from the start. Spoiler alert: The Iranian regime detained the former Washington Post correspondent in Evin in July 2014, and the Obama administration sprung him a year and a half later.

Among the book’s virtues is its narrow focus on the California-born Rezaian’s own life and the harrowing ordeal inflicted on him by a regime he imagined capable of reform. We begin with his arrest days before he was scheduled to fly out of the country and end with a surreal scene of a scarred but triumphant Rezaian back in America, out to get Five Guys. The burgers, and food generally, hold a magical significance in the story, about which more shortly.

This tight framing doesn’t prevent the reader from drawing the necessary conclusion about the wider meaning of Rezaian’s ordeal—namely, that the Iranian regime is crazy in a way that is incomprehensible to the Western mind, even to inside-outsiders like Rezaian, who thought they understood it.

As Rezaian recounts early on, when he and one of his Washington Post editors visited Iran’s UN mission to secure accreditation, they were reassured by a regime diplomat that “Iran is a pluralistic society, and we welcome rigorous debate.” Afterward, Rezaian and his editor had a good laugh over that pluralism bit, but the author really did believe that the Islamic Republic would embrace reason and decency once the nuclear dossier was closed and the sanctions lifted.

He had good reason to be optimistic. In the wake of President Obama’s diplomatic opening to Tehran, the author notes, Western tourists and firms first trickled and then flooded in. “The unmistakable reality [was] that Iran was ‘hot,’” he writes. “The latest it destination.”

This touristic bloom nicely complemented Rezaian’s reportorial mission. “Everything I had been saying about Iran’s being a traveler’s paradise was being recognized” by 2014, he writes. “Two years earlier, I’d written articles in the Washington Post about tourism—its potential and the challenges it faced—and I was laughed at.”

As he admits with admirable candor, Rezaian—the sole Persian-speaking, U.S. citizen-journalist permitted to report from the inside—was one important “factor” in Iran’s softening media image in the lead-up to the nuclear deal. “What I saw in front of me was a changing story,” Rezaian says, “one that I could tell.”

That’s why his arrest came as such a shock to Iran watchers. When I heard about it, I sent out a tweet to the effect that Rezaian was the last person the regime should have targeted, given how “soft” most of his stories were. My editor at the Wall Street Journal at the time sent a furious email urging me to delete the tweet, and I complied. As a matter of decency and decorum, my editor was right: I should have kept my sentiment to myself amid a fellow reporter’s arrest.

But no one who reads Prisoner can deny I was right on the substance. So invested was the author in recasting Iran as a welcoming place, he even pondered leaving journalism to start a sort of culinary-tourism business catering to Westerners who “wanted to touch, feel, and taste Iran.” What Iran’s burgeoning foodie scene needed was someone who could help outsiders appreciate a cuisine that tastes delightful but often looks awful (one of the book’s many startlingly simple but true observations).

“I could see the brochures in my mind,” Rezaian recalls. “‘Visit Iran. It’s not that bad,’ they read.” But things turned out to be just that bad, and one of the Rezaian story’s supreme ironies is that foodie culture provided the pretext the Iranian security forces used to ensnare the author. To wit, while still reporting from Tehran, Rezaian had half-jokingly launched a Kickstarter campaign to fund an avocado farm, the goal being to bring the hipster staple to the Iranian table.

The Iranian spooks, however, thought “avocado farm” was really CIA-Mossad code for committing espionage against the sacred regime. Thus did what Rezaian calls his “Great Avocado Quest” get him thrown into the nightmarish Evin.

In addition to the avocado business, the case against Rezaian included his communications with a Danish friend with the last name Rasmussen, also the last name of NATO’s then secretary-general; the time he spent poolside at various Dubai hotels (“Free sex, Jason! They drink alcohol, swim, and have sex!”); and the completely unfounded notion that he might be “Joe-ish.” The hilarity of all this doesn’t subtract an iota from the grimness of what follows.

Rezaian for the most part escaped physical torture, but the psychological kind—the nonstop interrogations, the terror inflicted on his Iranian wife and family back home, his jailers’ attempts to deceive him into thinking his government had abandoned him—would have broken most men. What kept Rezaian’s soul and mind intact were his sense of humor and his profound, earthy humanity. When one of the janitors in Evin teasingly asked him how his doodool—the childish Persian word for penis—was doing, Rezaian immediately shot back: “He’s not bad, but he and I both miss our wife.”

The biggest question raised by the book, and never definitively answered by Rezaian, is this: Was the regime truly convinced that Rezaian was the CIA station chief in Tehran, that his talk of avocados and burgers was really code for stealing nuclear secrets and debriefing regime defectors? It seems too absurd to contemplate, and certainly some of the more senior officials he encounters seem to have been aware that Rezaian was a mere pawn in the regime’s dealings with Obama. Then again, some of his interrogators and prosecutors really did take him for a hipster foodie-cum–international spy.

Precisely because Iran’s theocrats deal only in subterfuge, conspiracy, and lies, lies, lies, they imagine everyone else operates on the same terms and with similar methods. They can’t fathom that someone might launch a Kickstarter campaign to bring avocados to Iran or that perfect strangers might donate to such a campaign out of sheer goodwill. Conversely, Americans, Rezaian included, can’t wrap their minds around a culture that is this devious, this bedeviling.

So how does a civilization whose hallmark is radical transparency make deals with such “crazy bastards,” as Rezaian repeatedly describes his Iranian captors? The best answer I’ve come up with: Don’t make deals. 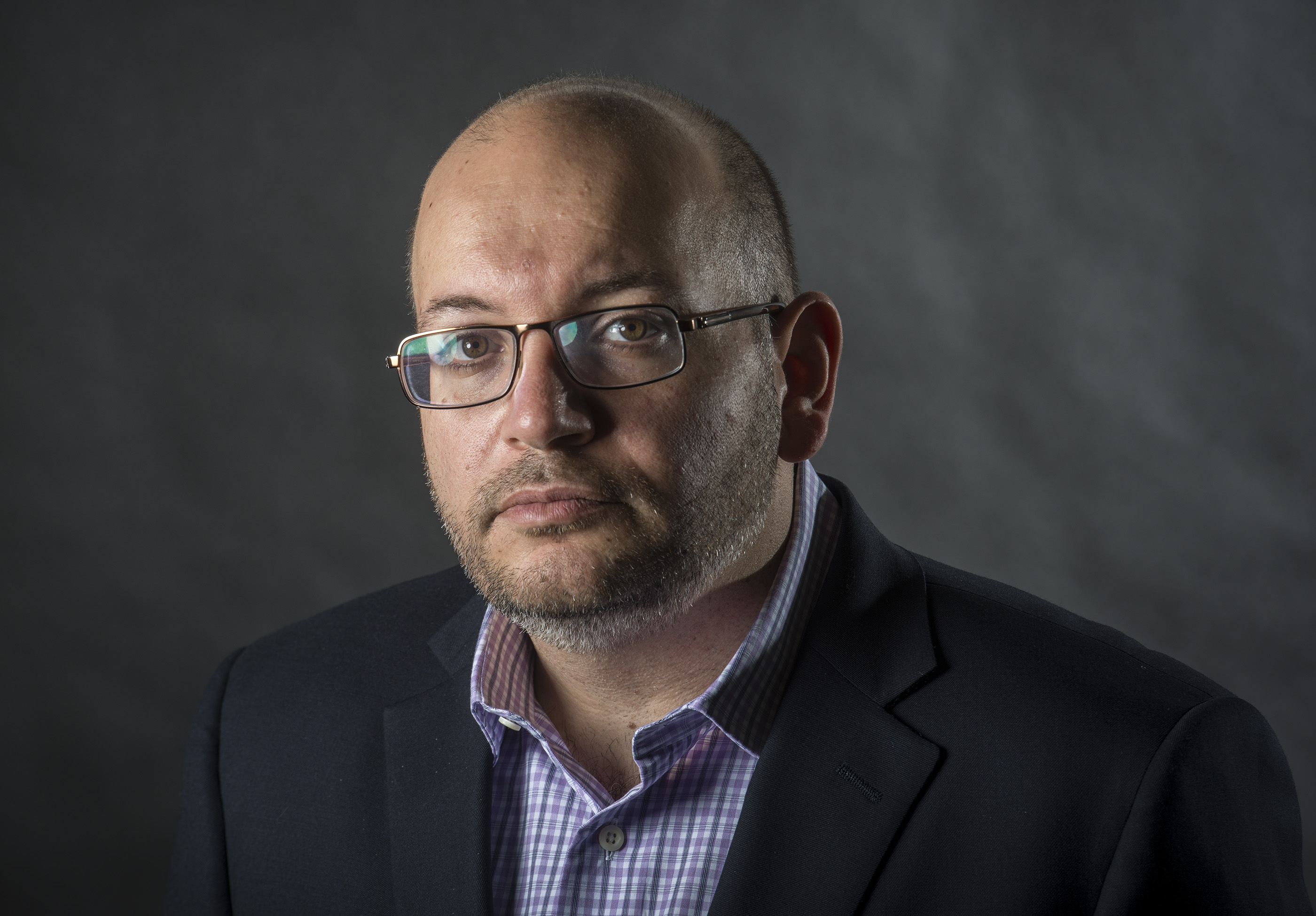