he United Kingdom, 2017. Britain has begun the process of seceding from the European Union, a bureaucratic and bossy outfit but one that has helped keep the peace on the continent. This follows a ferocious plebiscite in which, among other things, Britons were warned of a Brussels plot to flood their communities with millions of Turks.

Meanwhile, the Labour Party is led by a man several decades to the left of Bernie Sanders. Jeremy Corbyn hymns his “friends” in Hamas and Hezbollah, admits giving money to a group run by a Holocaust denier, and has invited anti-Semites to the House of Commons. His partisans, pensioned Trotskyists and campus ideologues, have launched concerted attacks on Jewish lawmakers. One-third of Brits say that anti-Semitism has cost Labour their vote; polling forecasts the party’s worst defeat since 1935 in the next election, whenever that will be.

In Scotland, the Scottish National Party, part left and part Trump, dominates every level of government. It threatens constitutional chaos if Scotland’s voters are not granted a second referendum on independence (the first failed by 55 percent to 45 percent in 2014) and warns it will eject Britain’s nuclear submarines, based near Glasgow, if it wins. Meanwhile, after a century of partition and two decades after the end of the Troubles, talk in Northern Ireland has returned to reunification with the Irish Republic.

All of this has happened in two years’ time and is vital to understanding James Kirchick’s precise and powerful new book. For when Kirchick, a foreign correspondent and essayist, writes of “The End of Europe,” he is doing so rhetorically but not outlandishly. Britain’s transformation from the land of the stiff upper lip to a nation in nervous breakdown is but one facet of the great European unraveling Kirchick describes. Across Europe, populism and nationalism are deluging the political mainstream, Russian aggression goes unchecked, and the sense of a world order that is coming undone hangs in the air above Parisian terraces and Viennese cafes.

As Kirchick notes: “A continent widely regarded as a ‘security exporter,’ blessed with an enviable Pax Europa, is itself becoming a zone of volatility where episodes of terrorist violence and political disorder are fast becoming regular occurrences.”

Where The End of Europe resonates is in diagnosing the three interdependent symptoms of la maladie Européenne. First, it is primarily an internal complaint, coming from economic and political failures within each European country; second, while it has gestated with alarming speed, it can really be traced to the 2008 financial crisis; finally, rabble-rousers have profited from peddling anti-liberalism as the cure while seasoned political technocrats scour desperately and impotently for a remedy.

The forward march of anti-liberalism, Kirchick underscores, is not simply the latest phase in Western politics. It is an effort to eliminate the recent past, revive a golden era supposedly corrupted by liberalism, and displace left–right ideological divisions with flags and ersatz history.

“Europe’s manifold crises collectively represent a crisis of liberalism,” Kirchick writes. “As the memory of World War II, the Holocaust, and the gulag fades, so too does antipathy to the illiberal ideologies that spawned Europe’s past horrors. . . . During the Cold War, Western leaders offered a robust defense of their values in the face of an existential totalitarian challenge. Today, while the threats to freedom may be more diffuse, they are no less potent, and yet moral relativism and self-doubt sap Western will at every turn.”

Kirchick illustrates the point with the Memorial to the Victims of the German Occupation, a gaudy but otherwise unremarkable statue in Budapest’s Liberty Square. Built in 2014, the structure retells Hungary’s collaboration with the Nazis as a military imposition while eliding Hungary’s anti-Semitic laws, mass harassment, and the grim tally of Hungarian Jews making up one-third of those murdered at Auschwitz. The memorial was defended by Prime Minister Viktor Orbán, whose nationalist government has sought to downplay Hungary’s culpability for the Shoah and to rewrite history to cast Hungary’s Fascist wartime regime, rather than its Jews, as the victim.

Chesterton argued: “The business of progressives is to go on making mistakes. The business of the conservatives is to prevent the mistakes being corrected.” We might add that the business of nationalists is to deny there are any mistakes, save the ones from which they emerge as noble victims.

Thus stands Europe, birthplace of the Enlightenment, on the cusp of a new dark age. There is a tendency among European intellectuals—more instinctual than calculated—to focus the blame for the new nationalism on Donald Trump. This snotty revisionism lacks credibility. Europe caved first; America held out longer, just.

But chronology is the least of the matter. It was the European Union’s failure to compromise with the British that gave rise to Brexit (and, in turn, conferred some sense of historical momentum upon Trump). It was German Chancellor Angela Merkel’s mishandling of the migrant crisis that provided viral videos of heaving border crossings. It was Europe’s free-riding on U.S. defense spending that fed the grievances of America Firstism—a military subvention that has provided French commodities traders with universal health care essentially paid for by uninsured, two-job Americans.

Kirchick, a liberal conservative drawn more to the adjective than the noun of late, advocates “a renewal of the muscular liberal center.” There is cause for such a reassertion. Political alignments have been upended, and not just on the extremes. The European center now encompasses liberals, pragmatic social democrats, and neoconservatives, unlikely allies in the trenches against corporatism, isolationism, and the depredations of liberal democracy. Whether these interests can coalesce around a single platform, and whether that platform can win votes or change minds, is more a matter for speculation than optimism. Still, it is worth recording that an ultranationalist surge failed to materialize in the Dutch elections; polls in Germany show the center holding: and the scrubbed-up skinheads of France’s National Front will likely not see their Madame Le Pen enthroned in the Elysée Palace.

It should be obvious by this point that The End of Europe is not one of those books, the pulpy Regnery mass prints that did good business post-9/11 warning American conservatives that the continent was gripped by population decline and creeping Islamization. Demography was more often than not parlayed into demagoguery and the substance of critiquing multiculturalism neglected in favor of dubious factoids about politically correct accommodations.

The End of Europe is a serious and important piece of journalism, cool-headed and even-handed, though never in doubt of which side it is on. The reviewer is tempted by cliché to recommend that Kirchick’s volume be read in Europe’s capitals and be handed out on the steps of Capitol Hill. But few in power will want to hear what it says. James Kirchick has written a warning letter that may have arrived too late. 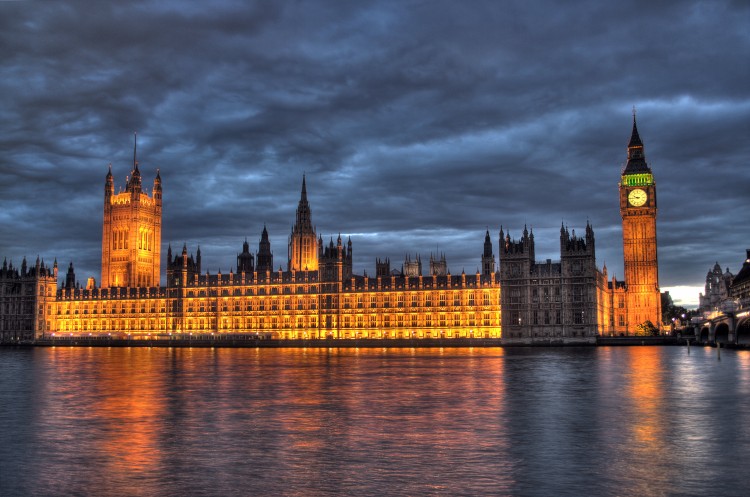