In 1782, a French immigrant named Hector Saint-Jean de Crèvecoeur asked in his Letters from an American Farmer, “What is the American, this new man?” We have never stopped asking this question. According to Rich Lowry, the editor of National Review, the answer to Crèvecoeur’s question is simple. “America is a nation, not an idea.” Americans are not defined by what we look up to or what we aspire to be but by what we already are—and what we are is a nation. What distinguishes American nationalism from all other kinds—Lowry’s own form of American exceptionalism—is that our ideas happen to be true. American nationalism, as the book’s subtitle declares, has “made us powerful, united, and free.” What could be wrong with that?

The Case for Nationalism develops a thesis that Lowry advanced last summer at the National Conservatism Conference in Washington. This conference garnered national attention and brought together academics, media celebrities, and political figures who gathered at the Ritz-Carlton to sing the praises of nationalism. Rejecting the older shibboleths of conservatism—free markets, limited government—the organizer of the conference declared “our Independence Day” from neoconservatism, libertarianism, and “from what they call classical liberalism.” Nationalism is now the plat du jour.

Lowry rejects the claim of philosophers and scholars such as Tocqueville, Samuel Huntington, Seymour Martin Lipset, and Martin Diamond that American identity is shaped by a commitment to certain core principles and ideas. In American Politics: The Promise of Disharmony, Huntington described America as a “creedal nation” defined by intermittent bouts of “creedal passion” as our ideas about who we want to be fail to line up with who we are. There is, at the core of American identity, a persistent gap between the “is” and the “ought.” Lowry boldly asserts that such thinking is “simply wrong.” The question is why.

Lowry repeats a claim that has now become standard among the new nationalists. Nationalism is a disposition as old as political life itself. To speak against nationalism is to deny what is foundational to human nature. Since virtually the beginning of time, people have organized themselves into groups based around a common language, customs, habits, and traditions. These groups or nations form the natural basis of human loyalty.

The idea that there are distinct peoples and cultures has been attested by texts as old as the Bible and Herodotus. The emergence of “nationalism” was an entirely different thing. Nationalism only arose in the late 18th and 19th centuries with the rise of modern nation-states. It was a response to the liberalizing and universalizing project of the Enlightenment and the French Revolution. As the great Elie Kedourie—a frequent contributor to Commentary—argued in what may still be the best book on the subject, nationalism has been one of the most revolutionary and disruptive developments of modern history.

The idea that our fundamental loyalties are to the nation would no doubt have come as a surprise to most people throughout history, who believed that their primary obligations were to family, kinship groups, religious orders, and tribes. Any reader of Sophocles’s Antigone would see that the conflict between the family and the state is as old as Western literature. Rather than the natural or default position, nationalism is an idea that is far from obvious.

Just as Lowry tends to exaggerate the permanence and durability of nationalism, he underestimates the difficulty in actually creating national identity. When the constitutional framers sonorously declared, “We the people,” who exactly were the “we” they invoked? In the second Federalist paper, John Jay spoke of “one united people… descended from the same ancestors, speaking the same language, professing the same religion, attached to the same principles of government.” And yet this was an exaggeration even as Jay pronounced it.

The Founders’ hope for “a more perfect union” was at best an aspiration. At the time of the founding, Americans practiced a range of religions. Many spoke Dutch and French, not English. And this is to say nothing of the millions of African slaves and Native Americans, who did not fall under Jay’s description of “one united people.” Indeed, when South Carolina later fired on the American flag at Fort Sumter in 1861, many Americans still chose to side with their individual states against their country.

What was true of America has been true of other nations. For France, the quintessential nation-state, identification with la patrie was hard-won and an entirely modernizing project. As Eugen Weber demonstrated in his classic study From Peasants to Frenchmen, well into the 19th century, most Frenchmen spoke their provincial dialects and continued to identify with their regional localities. At the time of the Risorgimento in 1870, when the various Italian states were cohered into a nation, the statesman Massimo d’Azeglio famously remarked, “We have made Italy, now we have to make Italians.” The emergence of such movements as Five Star and the Lega Nord 150 years later shows just how difficult that has been.

Creating nation-states has been the easy part. Creating citizens has been considerably harder. This is a lesson that Americans learned the hard way in the sands of Iraq, where breaking down primordial barriers between Sunni and Shia has proved an intractable obstacle to establishing national unity.

Lowry is correct to push back against those who regard nationalism as uniquely responsible for all the ills of the modern age. The nation-state was the original framework in which modern democracies were enabled to develop. The term “liberal nationalism” was by no means an oxymoron and can pertain to a number of luminaries as diverse as Lincoln, Gladstone, Mazzini, Herzl, Walter Rathenau, and FDR to name just a few.

Yet what Lowry can’t seem to accept is the idea that nationalism also has a deeply pathological dimension. It is not only about celebrating cultural differences and traditions; it is a tool for separating ins from outs, distinguishing friend from enemy. Modern nation-states are not homogenous enclaves of ethnic and cultural unity, but are the result of long processes of immigration, expulsions, and migrations generally created by wars and conquests. The borders between states are the subjects of continual struggle and negotiation. Cultural pluralism has become an uncontested fact for every developed nation.

Lowry’s rosy picture of nationalism as a force for liberty and union is at best only half the story. Considerations intended to apply to foreign enemies are inevitably used to stigmatize domestic “others” deemed subversive or undesirable. What to do, then, with people who do not or will not fit into the dominant national ideal? Iowa Representative Steve King, a self-described “white nationalist,” gave pitch-perfect expression to this view when he asked disingenuously, “When did the language of white supremacy become offensive?”

Lowry wants to distance himself from this kind of racist rhetoric. Nationalism, he admirably declares, “should be a unifying force hostile to racism and all invidious distinctions.” But throughout history race and ethnic origin have been the principle markers of national identity. There is no getting around this fact, and no amount of linguistic revisionism is going to change it. How do the new nationalists propose to deal with the stateless, the dispossessed, those without passports, those “yearning to be free”? Their answer seems to be, “Try somewhere else.”

As in every nationalist narrative, there is an impulse here to simplify human character. Because nationalism is the cause of some good things, it must be seen as the cause of all good things. Like Pygmalion, who fell in love with his own statue, Lowry is so bewitched by nationalism that he can’t admit to any fault in the beloved. Yet as Isaiah Berlin, one of the best interpreters of the nationalist mind, has shown, there is no idea that does not give rise to its own pathologies. Socrates, the founder of the Western philosophical tradition, was brought to trial for corrupting the young and disbelieving in the gods of the city. Was he a traitor to his native Athens who deserved death by poisoning? Nationalism admits no room for complexity and the variety of human loyalties.

Hovering over this book is, of course, the figure of Donald Trump. Lowry denies that he is writing a defense of Trump. “Although Trump is a nationalist,” he writes, “it’s a mistake to attribute everything about him—or even most things about him—to nationalism.” I take him at his word, but the book is unimaginable without Trump and is an idealized version of what Trump represents. Lowry ends his book with a call for unity around a shared vision of “cultural nationalism,” but his unity would exclude anyone who doesn’t agree with him.

Nationalism, like all “isms,” is an idea that presents itself as a fact. Although Lowry has declared America to be a nation and not an idea, his own idea of the American nation is more the product of his own imagination than a true portrait of the United States of America. 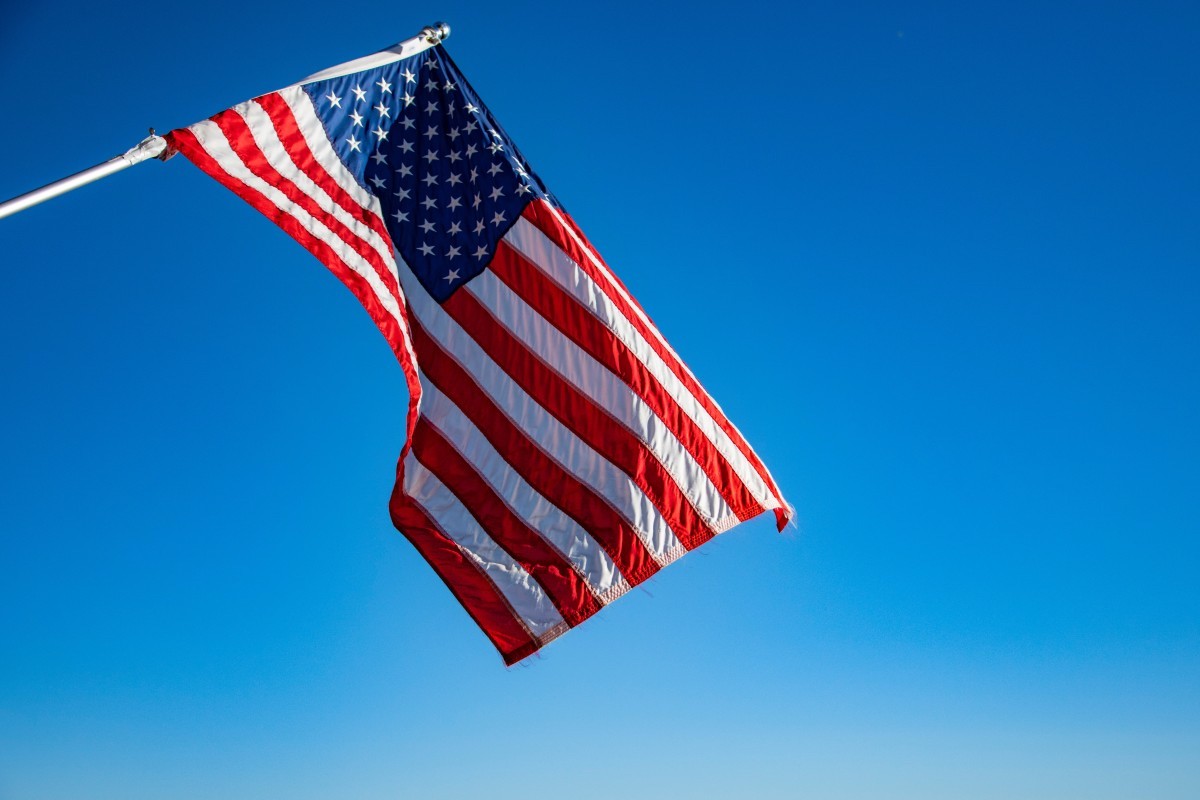 Steven B. Smith is the Alfred Cowles Professor of Political Science at Yale. His book In Defense of Patriotism will be published next year by Yale University Press.