Ideas have consequences, as the historian and philosopher Richard Weaver wrote in 1948. Bad ideas—planned economies, racist pseudoscience—yield oppression and misery. Good ideas—human rights, political pluralism—can bring out the best in mankind and allow us to live peacefully together. In Cynical Theories, dissident academics Helen Pluckrose and James Lindsay bear a timely warning: Destructive ideas, built to take aim at liberal democratic capitalism, will have destructive consequences.

These ideas, known as Critical Theory, Social-Justice Scholarship, or just “Theory,” openly acknowledge their appetite for destruction. Adherents to Theory reject the authority of science, view liberalism as oppressive, and deny the possibility of objective knowledge. Anyone who recognizes how central these concepts are to modern society will see the destruction promised by Theory’s widespread acceptance. And lest the cynic contend that Theorists are nothing but sophomoric academics confined to the ivory tower, Pluckrose and Lindsay, who are academics trained in history and mathematics, respectively, show convincingly how Theory begins from political activism, rather than proceeding from the academy to the real world. Armed with a coherent, if conspiratorial, philosophy, proponents of Theory already influence corporations, legacy media, political movements, and our popular discourse.

That word, discourse—“the way we talk about things”—is crucial to understanding the worldview contained within Theory and how its roots are planted in 20th-century postmodern philosophy. To postmodern deconstructionists such as Michel Foucault, what we consider to be true, or even knowable, reflects who and which ideas are powerful. What we talk about, and how, reinforces those who exercise “hegemony” over a “system” that undergirds a culture. At least one revelation about Theory should at this point be clear: Activist pressure to control or ban certain speech, terms, or topics is a feature, not a bug.

Yet Theory does not stop there. Consider Pluckrose and Lindsay’s discussion of the postmodern knowledge principle and the political principle. The postmodern-knowledge principle holds that objective truth is essentially impossible to identify; it opts instead for a position of “cultural constructivism,” whereby societies build “truths” rather than unearthing them through, for instance, scientific inquiry.

The political principle maintains that “society is formed of systems of power and hierarchies,” which, even if unseen, control what may be claimed as knowledge. This harkens back to the postmodern argument that, as the authors write, “the powerful have, both intentionally and inadvertently, organized society to benefit them and perpetuate their power.” But whereas this was once applied only to economics (primarily in Marxism), it has been renewed as a template onto which any grievance can be grafted. And it is now echoed in today’s mainstream liberal lexicon, which describes an America built to uphold and perpetuate white supremacy. This helps explain the obsession with “problematizing” America’s origins, as seen in revisionist propaganda such as the New York Times’ 1619 Project.

Many Americans unfamiliar with these unusual theories have found their meteoric advance surreal. It’s not your imagination: “Especially since 2010,” write Pluckrose and Lindsay, “these postmodern ideas have become fully concretized in the combined intersectional Social Justice scholarship and activism and have begun to take root in the public consciousness.” What started as “playful” French philosophizing quickly worked its way into the American mainstream.

Take the cult of racial pessimism surrounding writer Ta-Nehisi Coates. In 2015, Coates published Between the World and Me, an epistle to his son about the black American experience. The book is characterized by skepticism that America could ever stop “plundering” black “bodies.” Without the postmodern knowledge principle, Coates seems downright paranoid: How can one man perceive evidence of systemic oppression? A modernist, after all, insists on looking at the data—which he considers a form of objective knowledge—to understand the state of black America. Doing so, Coleman Hughes, Wilfred C. Reilly, and many others have found cause for optimism for black Americans.

Under the postmodern principle, however, Coates is transformed from paranoiac to prophet. Members of groups subjugated by dominant discourses have special insight into not just their own experiences but the workings of the whole “system.” Coates, therefore, can legitimately say that his experiences reflect something much larger than one would think. The authors explain that by virtue of the principle of positionality—“the idea that one’s position within society, as determined by group identity, dictates how one understands the world”—experience can constitute unassailable evidence of a system built on racial oppression. Knowledge by experience is anathema to scientific thinking and liberalism more broadly, and thus takes a central place in Theory’s attack on the West.

Breathless reviewers reflected the change in the zeitgeist by immediately succumbing to the postmodernism latent in Coates’s argument, thanking Coates for opening their eyes to the reality of American life accessible only through the testimony of a properly positioned seer.

Pluckrose and Lindsay worry that this war on Western ways of knowing is only growing. Theory is inherently expansionary because it is constantly searching for discourses to “problematize” and “decolonize.” That is, if our “hegemonic” discourses are founded on oppression by race, gender, sexuality, and more, oppression itself can be found anywhere and everywhere. Even as it becomes subtle and elusive, we can sniff it out if we try hard enough and ask ourselves how any idea or institution creates or maintains disparities among groups. Applied postmodernism’s sortie on liberal rationalism ends only with surrender, when we forfeit, in the words of critical-race theorists Richard Delgado and Jean Stefancic, “the very foundations of the liberal order, including equality theory, legal reasoning, Enlightenment rationalism, and neutral principles of constitutional law.” Small concessions in our universities and media no longer seem so small in light of these stated ends.

Pluckrose and Lindsay may once have shared the widespread belief that this was a problem confined to the academy. The pair began exposing Theory in 2017 with what seemed like a limited, playful project aimed at academia. They were two of the three masterminds (along with Peter Boghossian) behind the Grievance Studies Hoax, a series of fake academic papers designed to appear to Theorists as serious contributions to their field but as glaringly obvious satire to everyone else. “Our Struggle Is My Struggle: Solidarity Feminism as an Intersectional Reply to Neoliberal and Choice Feminism,” accepted by a leading feminist-studies journal, was Mein Kampf repackaged to disparage acceptable enemies. Another peer-reviewed prank paper purported to analyze humans’ reactions to dogs in dog parks and included the disclaimer: “Because of my own situatedness as a human, rather than as a dog, I recognize my limitations in being able to determine when an incidence of dog humping qualifies as rape.” They were outed in 2018 after publishing seven hoax articles. It was clear by then that the joke had uncovered something serious.

WHAT DOES it say about our discourse that ideas are judged for their usefulness in plumbing the depths of grievance rather than for their contributions to public knowledge? It reveals that Theory is no theory at all; it is not interested in explaining the world as it exists. Theories that do explain the actual world, such as those behind air travel or weather patterns, are derided as examples of white, Western ways of knowing. Even worse, these theories are condemned for oppressing their competitors, so special credence should be given to anti-scientific “knowledge” until “epistemic justice” is achieved.

The chapter on critical-race theory and intersectionality demonstrates the centrality of political activism to all this philosophizing. Both sub-fields are, according to two leading intersectional theorists, “analytic tool[s]” to provide “better access to the complexity of the world.” But, in the words of the same people, the theories retain “an activist dimension…not only to understand our social situation but to change it.” Well, which is it? As it turns out, the political agenda shapes the analytic tools and how they may be wielded. Far from dismissing motivated reasoning as a source of bias, Theory embraces it as the ideal type of knowledge production so long as it is motivated toward upheaval. The social-justice agenda for a radically transformed society is the first principle, and all new knowledge must be geared toward it. Conviction about the necessity of political revolution is the beginning of Theory and its end.

Social-justice theory, as the authors describe, “begins from the assumption that racism” is “both ordinary and permanent, everywhere and always.” Its main goal, then, is to overturn the racist system; the same applies to gender theory, sexuality theory, and others.

Don’t bother trying to argue against revolution from within this paradigm, because argument against Theory can instantly be pegged as the dominant (racist) discourse rearing its head. Moreover, any member of an oppressed group has, as Pluckrose and Lindsay explain, “a unique voice and a counternarrative that, under Theory, must be regarded as authoritative.” There is no arguing with Theory.

There are many problems with an unfalsifiable, illiberal, anti-scientific political movement that insists on inductive reasoning to achieve its goal. To raise just one, people who share an identity are not monolithic. Thomas Sowell and Ta-Nehisi Coates are both black American men but clearly see our country differently. Who gets to speak for black Americans? Whose standpoint shall establish the truth?

Neither of them, of course. Standpoints do not establish truth. We have data, science, and reason to do that, intentional results of the modern project of building the world we want by understanding the world we have. Individuals are prone to near-infinite biases, short-sightedness, and blind spots. What any one of us perceives to be the truth should be questioned, sharpened, and always open to the possibility that it is not accurate.

For a Theorist, however, the authoritative voice belongs to whoever discovers more evidence of the system of oppression that we know, a priori, controls our experiences. Say this for Theory: It makes a complex world very simple. Indeed, complexity is its worst enemy. This is so because Theory is an idea in search of a reality to fit it, a political tool divorced from evidence. If reality doesn’t fit, postmodernists must change reality so that it does. Theory is hermetically sealed, impervious to criticism because it recognizes no objective knowledge.

Ultimately, reality is governed by laws unconstrained by postmodern beliefs. Two and two make four, obesity is unhealthy (you’d be amazed how many Theorists disagree), and “hegemonic” ways of knowing are proved reliable every time a plane successfully reaches its destination. Some epistemologies are better than others. But more important, some are more conducive to human flourishing—even to racial reconciliation—than others.

Yet ways of thinking that lack both explanatory power and the potential to bandage racial wounds have become hardened dogma. To object is the height of heresy, and violators are subject to prosecution in the court of public opinion. If “hegemonic discourses” are oppressing subaltern ways of knowing, it’s getting harder each day to see just how. A more obvious conclusion would be that, like Christianity spreading through the Rome that once suppressed it, Theory is rapidly becoming our state religion.

Pluckrose and Lindsay have provided a valuable service in exploring the intricacies of our surging national superstition. And in showing how delusional, illiberal, and positively destructive Theory is, they are essential. 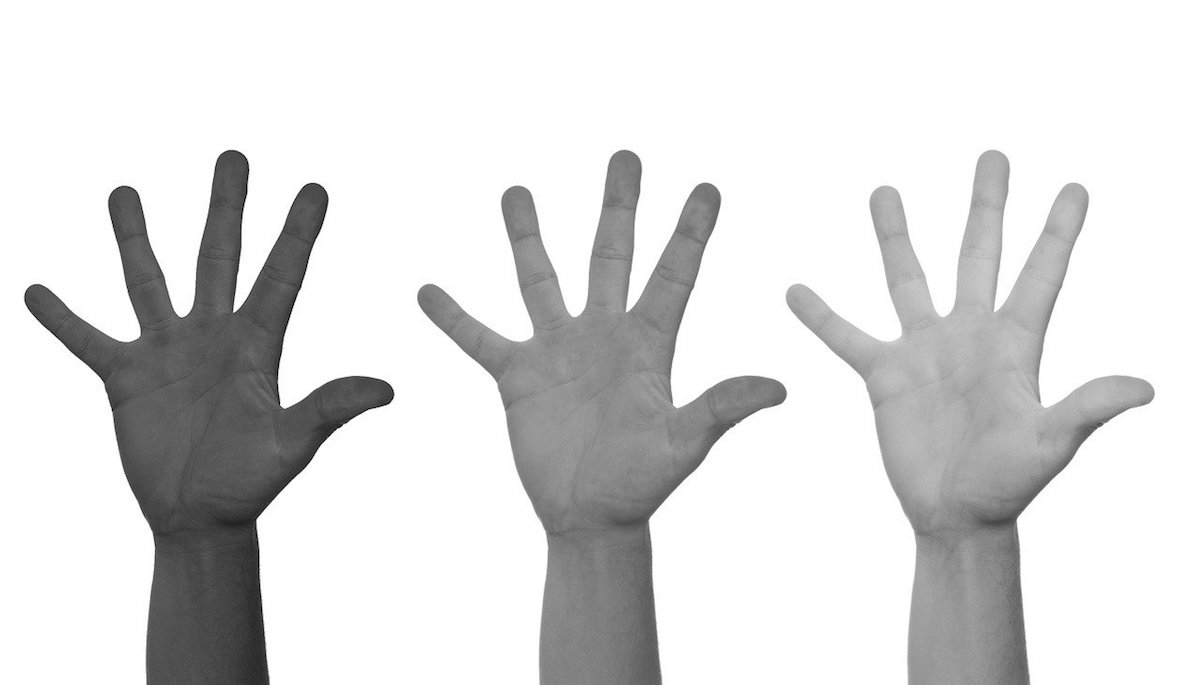