Where disaffected Millennials might turn next in search of direction is anyone’s guess. Some young men seeking father figures who provide order and authority have flocked to Jordan Peterson, who tells them to stand up straight and make their bed. Meanwhile, the more cynical elements of youth culture have pulled many Millennials—mostly white men—toward the “dirtbag left,” a collection of self-righteous socialist trolls whose strategy for building a more caring society includes dancing on their political opponents’ graves. These post-liberal responses to the perceived vacuity of our hyper-secularized, materialistic age have more in common than they would like to admit. Might there be a third way?

There is, claims Ryan Patrick Hanley in Our Great Purpose, and it requires neither Petersonian “rules for life” nor the vulgar amoralism of the provocateurs at Chapo Trap House. Nor does it rely on the traditional authority of the Bible for that matter (though religion turns out to be part of the picture). The third way is that advocated by Adam Smith, the moral philosopher better known for his economics, but whose Theory of Moral Sentiments (1759) provides all kinds of insight into the sources of youthful angst.

Hanley, a professor of political science at Boston College, intimates throughout Our Great Purpose that it is precisely his students and their peers who have the most to learn from Smith’s thought. For it is the rat race—the endless pursuit of material comforts and concurrent distress over our rich society’s uneven distribution of them—that Smith addresses. “The busy and upwardly mobile” especially wish to be loved and to be lovely, to paraphrase Smith’s famous maxim. But they are casting their wishes for greater meaning into the wrong well. Looking to other people or material things is the great mistake, for we need only our own imaginations to lead ourselves to the spiritual fulfillment we crave.

In revealing Smith’s teachings on living a better life, Hanley resembles a tour guide whose outsized enthusiasm for his niche topic is puzzling at first and increasingly contagious as the tour proceeds. His exploration of Smith’s insights is divided into bite-size chunks, with a quotation from Smith and a very brief translation from 18th-century prose leading each short chapter. What Hanley wants to convey, overall, is Smith’s argument that every individual should strive to achieve tranquility by seeking to emulate and then embody an objectively wise and virtuous figure. Furthermore, the individual must move from “reflection” to “action”; he should not withdraw into an ivory tower of contemplation but go out into the world and attempt to maximize what Smith calls “harmony of sentiments and passions,” helping others achieve prosperity and tranquility themselves.

Smith’s alternative to orienting our public lives towards freedom, equality, or other ideals is one in which every person is empowered to look inward and cultivate virtue. A public square comprising individuals deeply aware of their own fallibility and primarily focused on being the proper object of veneration—being lovely, in Smith’s formulation—is “a very different vision of social perfection,” according to Hanley. But “now might be a good time to ask” whether it might serve as a valuable corrective to our own.

Hanley believes that Smith’s moral philosophy is consonant with his economics, but, in a characteristically charming aside, he notes a group of German scholars who have dubbed that idea Das Adam Smith Problem—because The Theory of Moral Sentiments is a radically different kind of book from The Wealth of Nations. Hanley does not complete the link, but like the invisible hand itself, its presence is unmistakable: A society in which individuals are rewarded in accordance with the usefulness of the goods and services they provide to others is conducive to constant introspection as to how we might better “harmonize our sympathies” with others. Commercial society at its best involves millions of people putting themselves in each other’s shoes and thinking about how best to provide what others need. Far from being immoral or even amoral, the market economy can, with proper correctives and significant moral education, build a society of co-sympathizers, focused on self-improvement and service.

Of course, capitalism does not always work this way, and those with even the sweatiest brows do not always reap the benefits of their hustle. Smith anticipated this objection in his parable of “the poor man’s son, whom heaven in its anger has visited with ambition.” Though he “devotes himself forever to the pursuit of wealth and greatness,” the child born into poverty never gets what he wants—tranquility and satisfaction. Smith refers to the “mutilation of the mind” suffered by so many workers, and commercial society’s subsequent propensity for tempting them into manipulating others. This is one of the many ways in which the desire for material opulence invites personal corruption.

The parable of the poor man’s son is an exercise in sympathetic understanding, an effort to explain the cynicism and aimlessness among youth then and now—and one that helps explain their growing fascination with alternative political economies that promise a way out. Who better understands the market pull toward duplicitousness than the generation reared on social media, which rewards carefully curated “branding” with elevated social status, however inauthentic?

But it would be a mistake to think that the temptation invalidates the drive of the poor man’s son. He has the natural and desirable passion to “better our condition,” which is the same force that moves the butcher and baker to produce our dinner. Humankind has a hunger for innovation and progress, and commercial society has proven remarkably innovative and progressive. Smith himself justified what came to be called capitalism on the grounds that it could produce “universal opulence,” or the material improvement of all people, especially the poor. Critics of capitalism are careful to focus on inequality, because they want to address and counter Smith’s justification. They must if they are to win the argument, for it is commercial society that has lifted billions out of poverty over the past two generations. This alone justifies capitalism.

Nonetheless, the central question lingers: How can we maximize the benefits of living in a free-market system and minimize its harms? The best way to neutralize capitalism’s ill effects and achieve the tranquility that even material wealth cannot bring, Smith points out, is to develop good character. This means something particular to Smith, namely, the cultivation of a set of virtues conducive to human flourishing. Prudence, beneficence, and self-command are difficult to translate precisely in our contemporary context, but we might know them better as humility, generosity, and restraint.

Crucially, Smith argues, we should create an “impartial spectator” in our own minds, a figment who personifies justice and judges our every action unsparingly. The impartial spectator is meant to remind us of our own smallness and help us see ourselves as others might see us; or, as Hanley puts it, it spurs us “to achieve unity with others.” This godlike construct impels us to humility, reminding us that we are “but one of the multitude, in no respect better than any other in it,” in Smith’s words. But it also helps us recognize that in participating in society we are part of something great and heroic, and we should act generously to facilitate the flourishing of our fellow man.

Religion may also enter the picture as each individual builds his impartial spectator in the image of a perfectly wise and virtuous judge. It would be a violation of Smith’s virtues to presume we could simply divide ourselves into a fallible half in need of judgment and a perfectly objective half capable of judging. We can, however, choose useful moral benchmarks, approximations of perfect justice or paragons of virtue: Christians compelled to act like Christ, Jews according to the demands of the Torah, Muslims in imitation of Muhammad, and so on. Yet Hanley’s understanding of Smith still leaves room for a secular standard against which we can measure our behavior. Hanley leaves his reader to fill in the substance of the impartial spectator’s character, even while hinting that Smith may be a bit more religious than Smith scholars often conclude.

Our Great Purpose is a worthy introduction to The Theory of Moral Sentiments and a book worth celebrating on its own merit. It relays a refreshing message: Even as our frustrations with the world mount, we can and should look to our own cultivation of virtue to defend against a jaded life. 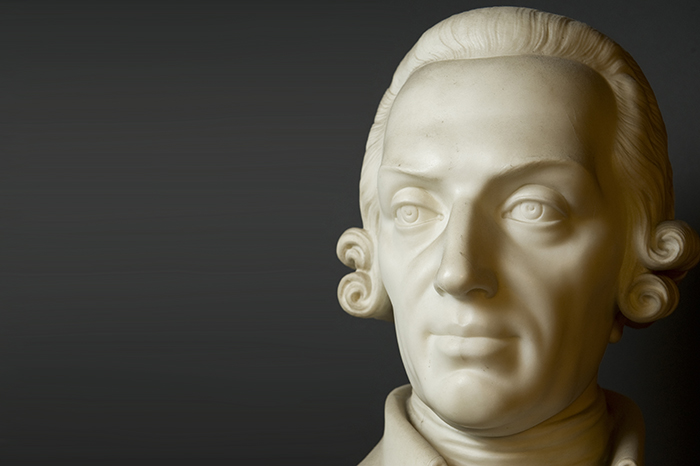