Are you familiar with BIPOC? Does AAPI mean anything to you? If not, consider yourself lucky. The acronyms stand for, respectively, “Black, Indigenous, People of Color” and “Asian-American Pacific Islander.” These categories have become curiously meaningful in the ever-shifting landscape of race- and ethnicity-based posturing on campuses, in corporate affinity groups, and in the activism insinuating itself across every sphere of American social life.

If you were feeling especially fearless and decided to confront your local human-resources director or diversity czar, you might ask: Why are black and “indigenous” people part of the same category? What colors count in “of color”—and why? What have Asian Americans—ethnic Koreans and Hmong, among many others—to do with Pacific Islanders? For that matter, if these are meant to serve as shorthand terms for cultural experiences worthy of celebration, why divide by race at all? Aren’t national or tribal origins more directly related to shared experience?

This past fall, Justice Samuel Alito put similar questions to the lawyer defending the University of North Carolina’s affirmative-action policy. Asked why an applicant from Afghanistan should have to check a box affirming that he is Asian, when he has nothing in common with a Chinese applicant, the lawyer struggled to pretend that such categories had some merit: “We think that it can, in context, on an individualized basis, perhaps not in every case but in some cases, give important information about where that person is coming from and what their experiences have been.” The George Mason University law professor David Bernstein takes up Alito’s line of reasoning in his new book. Though it promises an “untold story” of racial classification in America, Bernstein’s Classified delivers something much more valuable: a series of simple questions under whose scrutiny race-based classifications in American law collapse. By the end of the book, which is neither long nor densely packed with legal analysis, the notion that contemporary racial classifications have any logic, consistency, or semblance of fairness has been rendered laughable. The racial-classification game is a grift propped up by a pervasive fear of the grievance-industrial complex.

Bernstein shows how the academy as a whole has adopted a set of incoherent and contradictory positions on racial classification: Race is socially constructed and permanent; race is morally arbitrary because it is only skin deep and an important proxy for meaningful diversity; sometimes race tells you what you need to know about a person’s experience and we’re not sure when those “sometimes” are. One might conclude that the only operative principle is this: “We will do whatever it takes to uphold affirmative action, expand DEI bureaucracies, and use racism as a cudgel against our ideological opponents.”

In other words: It’s a mess. American law’s taxonomy of citizen classification has its roots in a mid-1970s recommendation made by the “Ad Hoc Committee on Racial and Ethnic Definitions.” Rule by adhocracy continues today, as identity-based interest groups asserting shared victimhood petition first for recognition as a group, and then for the spoils of state-sanctioned favoritism in the form of quota boosts and government contracts.

Culturally, group-based classification is as toxic as it was when it justified racialized subjugation—not because race-based preferences are as bad as slavery, of course, but because they are rooted in the same rejection of human dignity. Individuals are no longer viewed as the bearers of their own unique stories, challenges, and advantages. They are assigned two-dimensional caricatures through the rough proxies of race and ethnicity, and treated accordingly. The ubiquity of phrases such as “the Hispanic community,” as if those words describe a meaningful set of shared characteristics or beliefs, speaks to the extent to which the individual has been usurped by the collectivist view. There is no Hispanic community. “Hispanic” may be an ethnicity—the only one integrated into nearly all racial-classification schemes—but knowing that it is tells us little about what Hispanics have in common. Cubans in Miami, Dominicans in Washington Heights, and Spaniards across the country are not unified in any meaningful sense.

Bernstein marshals dozens of examples showing the absurdity of shaping racial categories on the basis of interest-group lobbying and shallow analysis. So Spanish Americans are not Hispanic, according to one court, because they are less likely than Latinos to have “visibly discernible ‘Hispanic’ characteristics” including “a Spanish surname.” So people from Spain don’t have Spanish surnames, but people from Guatemala and Peru have common visible characteristics. Here we see the pseudoscience and pseudo-logic necessary to make sense of the group-identity regime.

This madness reaches new heights at the intersection of law and health. Since 1977, the federal government has slotted all Americans into a handful of racial categories, though it cautioned at the time that these categories “should not be interpreted as being scientific or anthropological in nature.” Yet public health agencies such as the NIH do just that. Researchers testing the efficacy of new medical technologies must report their findings broken down by racial categories. “Race is a poor substitute for looking at discernible human genetic differences,” notes Bernstein. People tend to report their own race inconsistently. And when they decline to self-identify, researchers often guess their race based on name and residence. “White” includes people from Scotland to Morocco, and all black people are considered “black” even though they are significantly more genetically diverse than whites. Despite officials’ claims about differential effects of medicine on genetically different people, the agencies are striving to make minorities feel better about “representation” instead of ensuring their health and safety.

The adhocracy also pits all groups against one another in a zero-sum game. Many Americans who have suffered ethnic discrimination have been subsumed into “legal whiteness,” which makes them ineligible for state favors. One Polish American in the 1970s asked the Equal Employment Opportunity Commission to collect data on “white minorities” so they might enjoy some reparations for the discrimination they have faced. Admitting that “blacks have a unique situation,” he argued that once it has eschewed a black/white dichotomy, the government should help all individuals disadvantaged due to past discrimination, regardless of skin color. The vice chair of the Commission on Civil Rights turned him down.

Jews are considered legally white. And tellingly, though they are genetically and culturally distinct and have suffered discrimination in America, no warriors for diversity seem interested in re-establishing the now-banned “Hebrew” classification to boost Jewish college ad-missions via affirmative action or ensure that Jews are represented in medical trials.

This all undermines the purported fairness-based justifications of the classification system. Nowadays “diversity” justifies discrimination and classification pseudoscience. In 1978, the Supreme Court identified diversity as the detoxifying agent against racial discrimination in applications. It has since become a cornerstone cultural value, as every organization scrambles to show that its constituents are “diverse” relative to some bean-counting ideal.

But if diversity in a meaningful sense were actually the goal, we would see an entirely different regime. If it were educationally valuable to include lots of different people from lots of different experiences, the over-broad “Hispanic” category would have lost its box on application forms years ago. Civil-rights commissioners would welcome slicing the populace ever-thinner to include all subgroups, ensuring that all “experiences” are represented in the campus mélange.

Instead, “diversity” has become a smokescreen for race-based favors. The word does not connote a variety of people sharing their experiences to enrich a collective. Rather, it is used to identify victimized groups who then compete for favors. Some black people have inherited lots of good fortune and some white people have inherited none. But as long as interest groups are able to paper over such nuance, all will be treated as either victim or oppressor.

And to the victim goes the spoils, in the form of access to elite institutions, government contracts, and cultural approval for exemplifying “diversity.” A prominent pro-diversity nonprofit recently gave the NBA—which is 73 percent black and 0.4 percent Asian—an A+ grade for diversity. It makes sense once we accept that diversity means reparations without relinquishing victim status.

It would be nice if we could debate the merits of such a scheme, but coaxing defenders of classification to be forthright has proven difficult. Rather than admit that a flagship university wants to discriminate against thriving groups to give a boost to struggling ones, lawyers dissemble. If professors before Bernstein had done their jobs, they would have noted that the obfuscation itself quickly turns rotten. Classifications and their supposed aim of diversity encourage racial essentialism, lead to the denial of some groups’ histories, and constantly shift terms and rationales. All this in service of a time-honored but dishonorable tradition: the taxonomic classification of human beings.

Chief Justice John Roberts was correct in saying that “the way to stop discrimination on the basis of race is to stop discriminating on the basis of race.” His court now has a chance to right some of those wrongs. At the legal level, course correction is simple: It is never too late to start enforcing our Constitution’s promise of equal protection of the laws. Public institutions should aspire to treat individuals the same regardless of immutable, unchosen, and meaningless characteristics. At the cultural level, escaping the morass is even simpler: Treat people as individual moral agents, not as avatars of an “experience.” Frustrating as it may be to move slowly in the right direction, it would be a welcome change from our decades spent running swiftly in the wrong one. 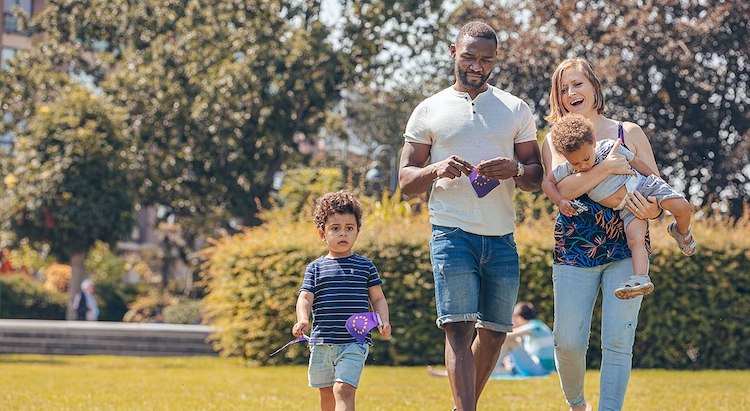