ike jazz before it, rock ’n’ roll has yielded up few memoirs by its key figures, and none of any literary consequence. This is not surprising: The ability to write song lyrics is unrelated to the ability to write narrative prose, and rockers as a group are not known for being avid readers. Neil Young, who published a 500-page-long autobiography, Waging Heavy Peace, in 2012, has gone so far as to brag that he never reads books, claiming that to do so would interfere with his songwriting. 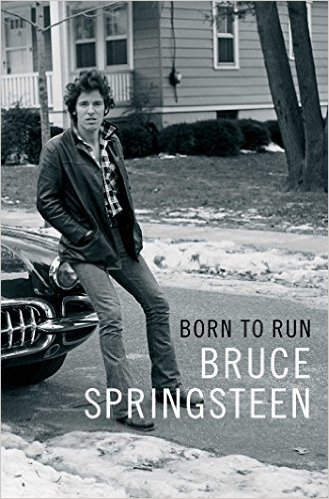 For this reason, it seems unlikely that any of the surviving stars of the first half-century of rock will leave behind autobiographies comparable in quality to, say, Hector Berlioz’s Memoirs. Still, some of them have managed to produce readable books ranging as far afield as Chuck Berry’s The Autobiography (1989) and Bob Dylan’s Chronicles: Volume One (2005). To this list can now be added Bruce Springsteen’s Born to Run, in which the New Jersey–born singer-songwriter holds forth at length on his life and work.1

Springsteen’s place in the history of rock is as yet unclear. Ever since the release in 1973 of his debut album, Greetings from Asbury Park, N.J., he has been a critics’ darling. Praised early on as the next Dylan, he simultaneously made the covers of Time and Newsweek in 1975. But while many of his records have sold well, he has never been popular in the same way as, say, the Rolling Stones or Michael Jackson. Only in 1984 did Born in the U.S.A., his seventh album, bring him true mass acclaim, and it was short-lived. Today he is dismissed by millennials as a purveyor of what they sneeringly refer to as “dad-rock.”

To be sure, Springsteen’s aging fans are still numerous enough to have catapulted his memoir to the top of the bestseller lists as soon as it was published, and the reviews—many of them oleaginous what-Bruce-means-to-me tributes of the sort beloved of self-regarding baby boomers—have typically been favorable. Alas, he is no more stylish a memoirist than the rest of his colleagues. All too clearly written without assistance, Born to Run is clotted with deep-purple patches that make it tough sledding: “There was a joyous demand made, a challenge, a way out of this dead-to-life world, this small-town grave with all the people I dearly loved and feared buried in it alongside of me,” runs a typical passage.

In between the dithyrambs, however, Springsteen proves to be quite clear-eyed about his own talent. When, for instance, he assures us that he is “not one of the handful of musical revolutionaries” but a mere “journeyman” who has worked hard to make the most of such gifts as he has, he is not indulging in false modesty. In addition, Born to Run has interesting things to say about the origins of his musical style and the nature of his popular appeal—though, like most memoirs, it is more revealing than its author intends. For Born to Run is also the tale of a rock ’n’ roll troubadour who, separated by success from the working-class life portrayed in his songs, has lived to see the people of whom he writes embrace a view of the world that he cannot accept.

orn in 1949, Springsteen grew up in Freehold Borough, a New Jersey town not far from the Jersey Shore. His father, a blue-collar worker, was Dutch-Irish and his mother Italian, a notoriously volatile ethnic mix, and he was raised Catholic, an affiliation that he abandoned but that nonetheless left its marks on his psyche (as well as his songwriting, which is noteworthy for its frequent use of religious themes and imagery). Bright and sensitive but uninterested in formal schooling, he developed a youthful passion for rock after seeing Elvis Presley and, later, the Beatles on The Ed Sullivan Show, and he started playing music professionally soon thereafter.

Classified 4-F by his draft board, Springsteen dropped out of college to become a full-time musician. In 1972, he came to the attention of John Hammond, the talent scout who had played pivotal roles in the early careers of Count Basie, Billie Holiday, and Bob Dylan. Hammond signed him to Columbia, Dylan’s record label, and three years later he released Born to Run, his first commercially successful album.

He was raised on rock, not folk, and he describes his energetic, musically unsophisticated style as ‘an amalgam of good songwriting mixed with a soul-and-R&B-influenced rock music.’


By then, most of the elements of Springsteen’s style were already in place. As a lyricist, he was influenced first and foremost by Dylan, a fact that he readily acknowledges in his book: “Bob Dylan is the father of my country….He inspired me and gave me hope.” On occasion, as in “Blinded by the Light,” the opening track of Greetings from Asbury Park, N.J., he even went so far as to ape the free-association word salads that were one of Dylan’s trademarks: “Madman drummers, bummers, and Indians in the summer with a teenage diplomat / In the dumps with the mumps as the adolescent pumps his way into his hat.”

But Springsteen lacked Dylan’s genuinely poetic streak, as well as the wide knowledge of American vernacular music that Dylan had acquired in the folk revival of the ’50s and early ’60s. Eight years younger—a lifetime in popular music—Springsteen was raised on rock, not folk, and he accurately describes his energetic, musically unsophisticated style in Born to Run as “an amalgam of good songwriting mixed with a soul-and-R&B-influenced rock music.” His early songs, in which working-class street life is romanticized to mawkishly juvenile effect, are what you would expect of a New Jersey boy barely out of his teens who knew nothing of southern blues or old-time country music: “In the day we sweat it out in the streets of a runaway American dream / At night we ride through mansions of glory in suicide machines.”

What made Springsteen stand out was his deep-dyed sense of class identity. Early in Born to Run, he remarks that his goal was to make music that did not strike “bohemian poses” but would “get you by when . . . your gal was pregnant, your dad went to jail or lost his job and you had to go to work.” It is hard to imagine a better description of the culture into which he was born, or of the people—most of them men—who were his intended audience.

To this end, he began to write songs in which he deliberately infused “the classic rock ’n’ roll images, the road, the car, the girl” with a post-Vietnam sensibility reflective of “the sense that things might not work out, that the moral high ground had been swept out from underneath us.” Later on he discovered the music of Woody Guthrie and Hank Williams and started turning out populist ballads of working-class life, some of them accompanied, à la Dylan, not by his high-powered E Street Band but by his own acoustic guitar and harmonica. Straightforward and devoid of distancing irony, these songs, foremost among them the title track of The River (1980), attempted to show how the men among whom he had grown up were grappling with life in the ’80s: “I got Mary pregnant and man, that was all she wrote / And for my nineteenth birthday I got a union card and a wedding coat.”

Some conservatives have embraced Springsteen’s music in large part because it portrays America’s working class with genuine sympathy. David Brooks, a longtime fan, wrote in 2009 of how the “losers” portrayed in his songs “always retain their dignity.” George Will actually went so far as to call Springsteen “a wholesome cultural portent” in a 1984 column, while Ronald Reagan used the title track of Born in the U.S.A. as a campaign song in 1984, calling it a “message of hope.” In fact, Springsteen was a left-liberal Democrat who despised Reagan. Nebraska (1982), his critically acclaimed album of school-of-Guthrie ballads, was influenced by Howard Zinn’s hard-left People’s History of the United States, and “Born in the U.S.A.,” far from being a flag-waving anthem, is a bitter portrait of a struggling Vietnam vet: “Come back home to the refinery / Hiring man says: ‘Son, if it was up to me.’”

pringsteen’s political sympathies became even more explicit in such later songs as “57 Channels (And Nothin’ On)” (1992), a study of a member of the nouveau riche who buys “a bourgeois house in the Hollywood hills / With a trunkload of hundred thousand dollar bills,” and the title track of The Ghost of Tom Joad (1995): “Shelter line stretching ‘round the corner / Welcome to the new world order.” As the allusion to The Grapes of Wrath suggests, it is possible to see him as a kind of rock ’n’ roll John Steinbeck, a Popular Front–style bard of the “working man” whose artistry is not equal to his aspirations.

But Springsteen’s best songs are attractively unpretentious and direct in a way that often (if not always) draws the sting from their occasional preachiness. Moreover, he is no limousine liberal: It is impossible to doubt the sincerity of his convictions, based as they are on actual experience, and he is in no way alienated from the working-class culture of his youth. When he says in Born to Run that he has always been determined not to become one of those musicians who “watch[ed] their music and art become anemic, rootless, displaced when they seemed to lose touch with who they were,” you take him at his word. It says much about Springsteen that one of his grown sons has become a firefighter.

Yet every artist must sooner or later lose touch with the world around him as he grows older, and it is necessary to look to a recent film like David Mackenzie’s Hell or High Water, in which two unemployed Texans turn to armed robbery to pay off a mortgage, to get a clearer feel for the near-nihilistic disillusion of the grandchildren of the blue-collar white men among whom Springsteen grew up. At 67, he does not appear to understand that most of these men are indifferent at best to his progressive political views, and that they loathe new-class Democratic politicians like Barack Obama and Hillary Clinton, who in return view them with ill-disguised contempt.

It is surely revealing that Born to Run says nothing about the presidential candidacy of Donald Trump, or the fact that the white men who flocked to his rallies looked at first glance to be much the same kinds of people one might have encountered once upon a time at a Springsteen concert. Theirs is a different kind of populism, darker and angrier, and it will not be assuaged by the empty promises of politicians, much less by the ballads of an aging rock star.

As for Springsteen, he continues to fill stadiums across the country, though less and less often in Red America. (Of the 37 concerts he gave in the U.S. in 2016, only three took place in southern cities.) But his latter-day fans, like Springsteen himself, are for the most part grizzled baby boomers who faithfully attend his concerts as an act of homage to their own lost youth—one that, unlike the characters in Springsteen’s songs, they can still afford to pay. 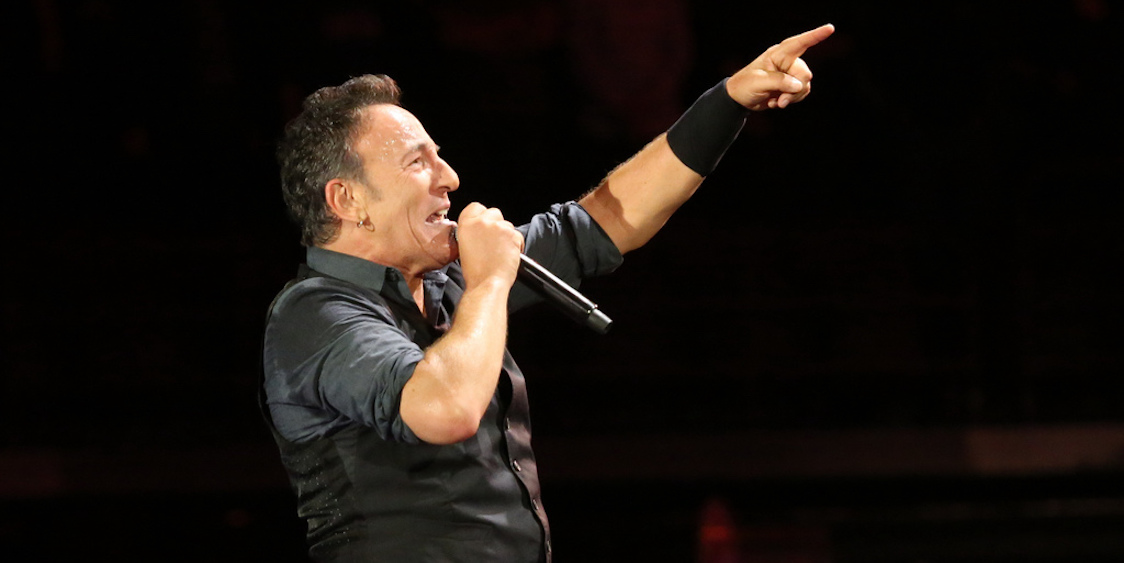