Most of the greatest songwriters of the pre-rock era were New Yorkers of Jewish descent—Irving Berlin, the Gershwin brothers, Oscar Hammerstein II, Lorenz Hart, Jerome Kern, Frank Loesser, and Richard Rodgers—who spent much of their careers working on Broadway and are mainly remembered for their songs of romantic love (and its discontents). The best-known exception, Cole Porter, was a WASP born in Indiana, but he conformed to the remaining stereotypes.

Not so Hoagy Carmichael, who also hailed from Indiana but was exceptional in every other way. To begin with, Carmichael scored only one Broadway show, a 1940 flop called Walk With Music that ran for just 55 performances. Except for the songs he wrote in the ’20s and ’30s, which were freestanding compositions that became popular from recordings by himself and others, the bulk of Carmichael’s work was done for Hollywood—though it was not his songwriting but his appearances as a piano-playing singer and supporting actor in such films as To Have and Have Not and The Best Years of Our Lives that brought him fame. And while he wrote a few notable ballads about love, most of his songs are evocative sketches of his small-town youth that mention it obliquely if at all.

In the words of Richard M. Sudhalter, Carmichael’s biographer:

For better or worse, and excepting “The Nearness of You,” the only love songs for which Hoagy Carmichael is known include a song about a song about love (“Star Dust”), about love as symbolized by a bird (“Skylark”), about the memory of love (“I Get Along Without You Very Well”), and about the effects of a wayward eye on an avian love relationship (“Baltimore Oriole”).

Above all, Carmichael differed from his colleagues in having started out as a jazz musician. As a result, he was chiefly influenced as a composer by the music he heard before he launched his songwriting career, above all that of his friend Bix Beiderbecke, whose unique style of improvising left a deep imprint on his tunes.

Fortunately for Carmichael, he was well served by his biographer. Unlike most pop-music biographies, Sudhalter’s Stardust Melody: The Life and Music of Hoagy Carmichael (2002) is fully informed on musical matters, and it is also an insightful portrait of Carmichael the man, revealing that while the casual manner of the piano player and barkeep who holds his own opposite Dana Andrews and Fredric March in The Best Years of Our Lives was genuine as far as it went, there was far more to Carmichael—and to his art.

BORN IN 1899 in Bloomington, Hoagland Howard Carmichael was the oldest son of a ne’er-do-well who moved his family from city to city in search of work. In between failed ventures, the Carmichaels came back to Bloomington, whose special qualities were central to Hoagy’s mature work as a songwriter. As a college town, the home of Indiana University, Bloomington was full of students who gravitated toward a new kind of ragtime-based dance music that was the forerunner of jazz. But it was also a small town whose relaxed charms he later portrayed in song: “Up a lazy river / Where the robin’s song / Awakes a bright new morning, / We can loaf along.”

Hoagy’s mother was a talented pianist who played in silent-movie houses, and her playing inspired her son. He was no less fascinated by the informal music-making of the older students at Indiana University, and by the time he entered the school and, in 1922, befriended Beiderbecke, he was already a working dance-band musician. Even though Beiderbecke had as yet only a regional reputation, his harmonically advanced cornet playing made an immediate and indelible impression on Carmichael (“The notes weren’t blown—they were hit like a mallet hits a chime”). It also made Carmichael want to write music of his own, and Beiderbecke cut “Riverboat Shuffle,” Carmichael’s very first composition, at his second recording session in 1924.

In 1927, Paul Whiteman, in whose dance orchestra Beiderbecke was now playing, took an interest in one of Carmichael’s pieces, a musical portrait of a weary washerwoman. Carmichael thereupon turned “Washboard Blues” into something more like a scena than a song, a lament whose conversational phrases steer clear of the symmetrical lengths customarily heard in American popular songs: “Up to de washin’ soap, down to de water once mo’, / Head down low— / Head low.”

Whiteman recorded this vocal version in 1927 with a group that featured Beiderbecke on cornet and Carmichael on piano and vocals. It was the first time that his easygoing baritone, with its flat, nasal Midwestern twang, had been heard on record, and though other vocalists, most notably Mildred Bailey and Connie Boswell, would later record “Washboard Blues,” this version first brought the song—and its singer—to the public’s attention.

Two weeks earlier, Carmichael and his own band had recorded another of his pieces, a medium-tempo instrumental called “Star Dust” whose wide-ranging melody was patterned after a Beiderbecke-style solo and whose structure is unconventional (unlike most pop songs, with their AABA form in which the opening strain is repeated twice, “Star Dust” is written in ABAC form). No one paid any attention to it, however, until 1929, when Carmichael slowed it down to ballad tempo and added lyrics credited to Mitchell Parish (although Carmichael, as was usually the case with his songs, is now generally thought to be their co-author). Two years later, Bing Crosby recorded “Star Dust,” and his hugely successful version led directly to the song’s being recorded by nearly every major singer and instrumentalist of the pre-rock era, including Louis Armstrong, Nat King Cole, Artie Shaw, and Frank Sinatra.

By then, Carmichael saw himself primarily as a songwriter who sang on the side, and he had already published “Rockin’ Chair” (1929) and “Georgia on My Mind” (1930), the second of which is a vade mecum of the summery nostalgia that inspired so many of his songs: “A song of you / Comes as sweet and clear / As moonlight through the pines.” Uninterested in writing for Broadway, he instead made increasingly frequent radio appearances, and in 1935 he signed a contract with Warner Bros. and moved to Hollywood.

The film industry, alas, rarely used Carmichael to good advantage, doubtless because the songs he preferred to write tended not to suit the assembly-line requirements of the studios. His most characteristic songs thus tended to be independent projects such as “Skylark” (1941), a collaboration with Johnny Mercer whose tune was adapted from an instrumental melody called “Bix Licks.” Between them, Carmichael and Mercer fashioned a gently poetic ode (“And in your lonely flight / Haven’t you heard the music in the night?”) that is the most beautiful ballad either man ever wrote.

But something else happened to Carmichael in Hollywood that changed his life permanently: His friend Howard Hawks cast him as Cricket, the piano player and bandleader in To Have and Have Not, a 1944 screen version of Ernest Hemingway’s novel that co-starred Humphrey Bogart and Lauren Bacall. Hawks discovered that Carmichael was both a natural actor and surprisingly photogenic (one of the characters in Ian Fleming’s Casino Royale remarks that James Bond “reminds me rather of Hoagy Carmichael”). Accordingly, Hawks gave him enough dialogue to let him show what he could do on screen, and the results were so impressive that Carmichael went on to appear in nine more feature films. He played choice supporting-actor roles in William Wyler’s The Best Years of Our Lives (1946) and Michael Curtiz’s Young Man with a Horn (1950), in which Kirk Douglas plays a trumpeter loosely modeled after Bix Beiderbecke. These films made him a full-fledged star, and they would keep his fame alive after the coming of rock caused the demand for his songs to dry up save for one final turn in the pop-music spotlight, Ray Charles’s 1960 version of “Georgia on My Mind.”

In addition, Carmichael recorded an album called Hoagy Sings Carmichael (1956) on which he was accompanied by an 11-piece band that featured such top West Coast jazzmen as the alto saxophonist Art Pepper and the pianist Jimmy Rowles. The arrangements were by Johnny Mandel, who went on to become a major film composer. Mandel was impressed by the ease with which the older man fit into so modern a setting:

He was a natural. Knew what to keep and what to throw away. Didn’t try to be a capital-S singer: More often he approached the songs conversationally, like an actor, like Walter Huston doing “September Song.”

The result was Carmichael’s finest album—and the last time that he made any attempt to come to terms with the changing face of postwar music.

Off-screen, Carmichael was a chronically unfaithful husband who was catnip to women (including Jean Simmons, with whom he had a three-week-long fling when he played London’s Palladium in 1951). He was also a notoriously difficult collaborator, a perfectionist who stubbornly insisted on having everything his way. This character trait antagonized many studio executives and made it harder for him to sustain his waning career in the long, frustrating years of his professional decline.

Like all the other songwriters of his generation who lived into the 1970s and beyond, Carmichael hated rock. The staunchest of Republicans, he saw it as a sign of the disintegration of the idyllic world of his songs, and by the time of his death in 1981, he was a thwarted man. He did not understand that Willie Nelson’s landmark 1978 album Stardust had reintroduced the golden-age American popular song with his own masterpiece as its title track. A few years after Carmichael’s death, Linda Ronstadt’s recording of “Skylark” was released as a single.

To this day, though, Carmichael’s art resists easy categorization. As a friend wrote in the epilogue to The Stardust Road, his 1946 memoir: “You made your greatest success as a composer by not writing songs about love. You gained popularity in radio and records by singing; yet you have no voice….You got interested in movie acting about a year ago and now you are in that. Every time you put your mind to something you really get on the outside of it before you let go.”

All true, and all remarkable: Hoagy Carmichael excelled at everything he did. Yet as outstanding a supporting actor as he was, it is his songs for which he will undoubtedly be remembered longest. Like the lyrics of Johnny Mercer, his most talented collaborator, they embody the fast-fading essence of what William Zinsser has called “a small-town America that is long gone but still longed for,” a lost world of innocence that Carmichael left behind early on but that will live forever in his music. 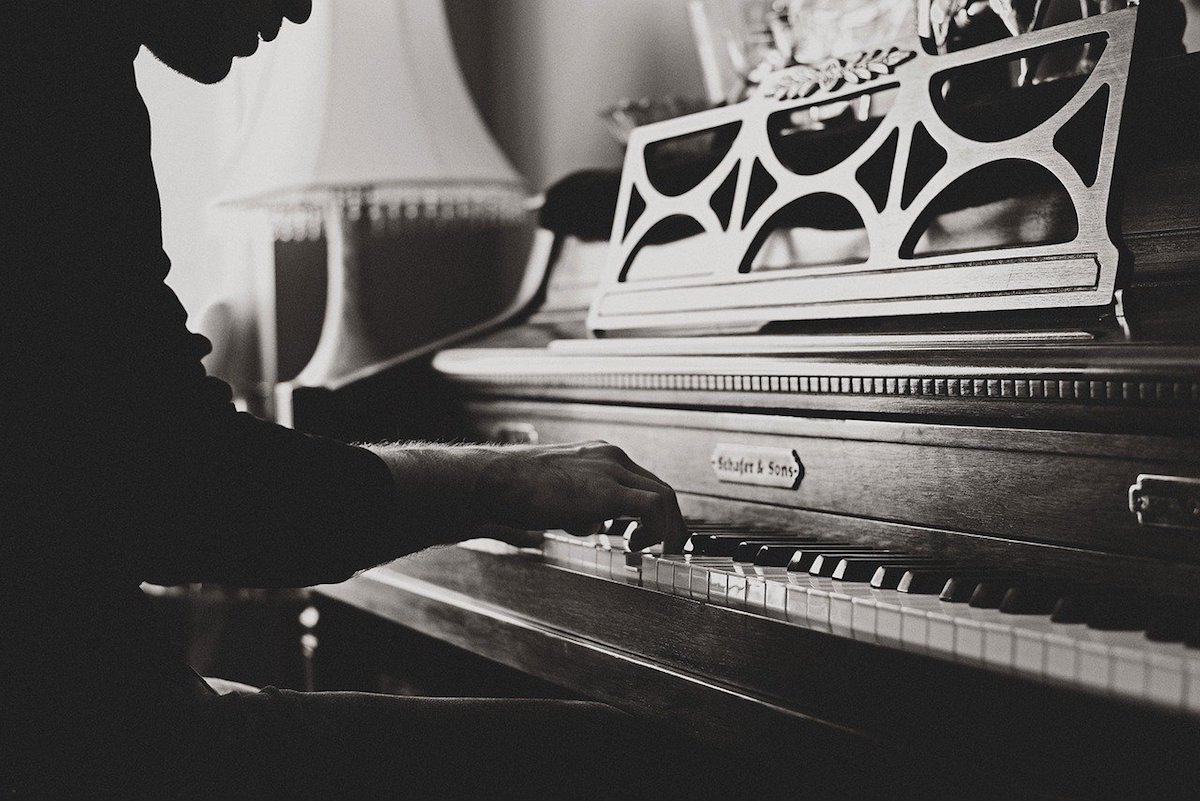 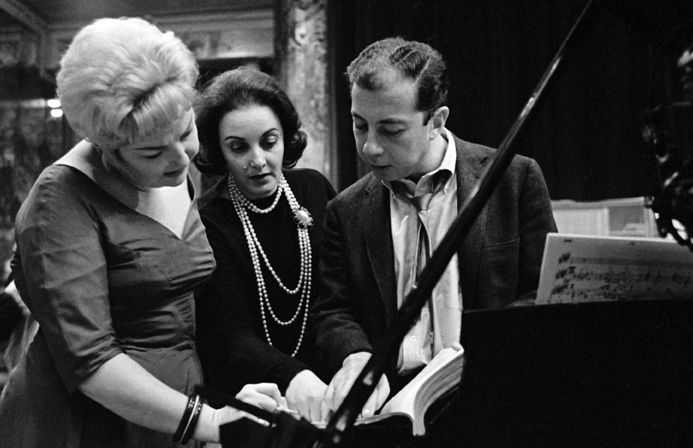 O’er the Fields and Through the Leigh 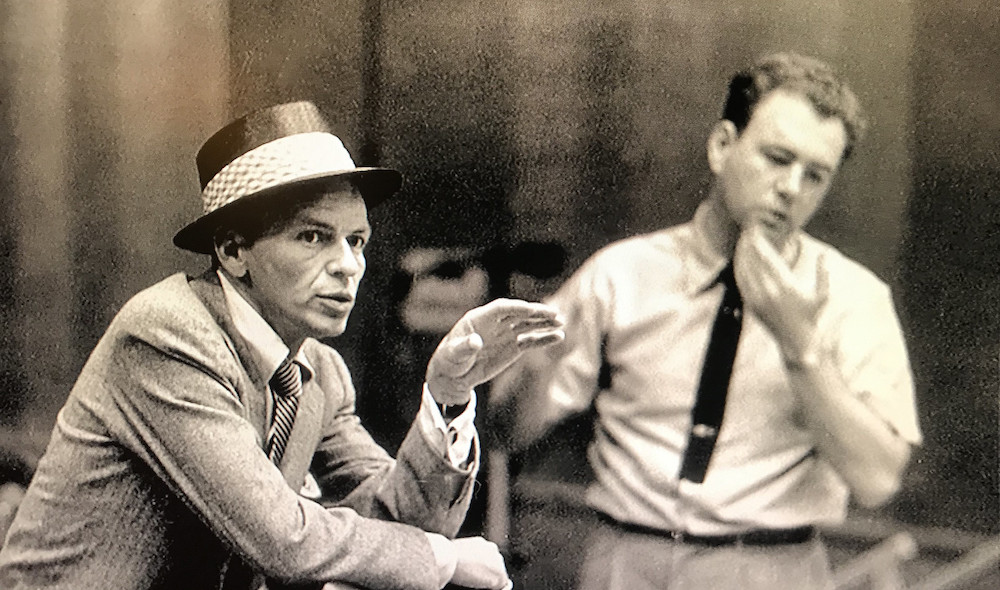 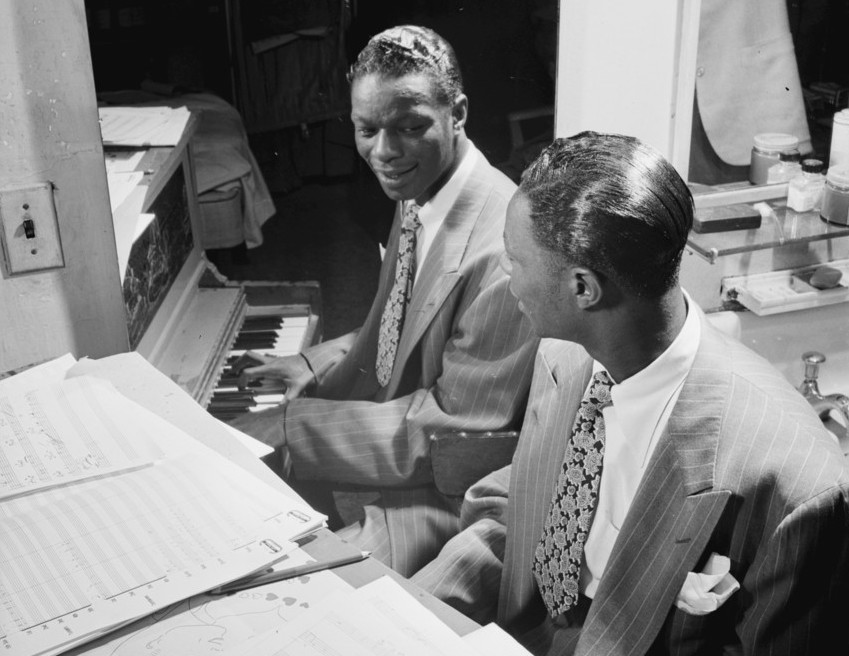