f the name of Bunny Berigan is known at all today, it’s as a one-hit wonder. Berigan was the singing trumpet player whose 1937 record of “I Can’t Get Started” helped turn Vernon Duke’s ballad, with its incomparably witty Ira Gershwin lyric, into a standard. To those with a particular interest in the big-band era, Berigan is generally regarded as one of the foremost trumpeters of the ’30s. During his lifetime and for long afterward, he was universally admired by his fellow musicians, among them Louis Armstrong, after whose playing Berigan modeled his own style. Asked by Down Beat in 1941 to name his favorite trumpet player, Armstrong chose “my boy Bunny Berigan,” saying “ To me Bunny can’t do no wrong in music.”

Berigan was also legendary for his drinking. Swing-era jazzmen delighted in swapping anecdotes about his alcohol-fueled exploits, many of which ended with his falling off bandstands. When asked how he was able to play so well while drunk, he allegedly replied, “I practice drunk.” But there was nothing funny about the punch line: Berigan died in 1942 of cirrhosis of the liver. He was 33, a year younger than Charlie Parker, another of the many prominent jazz musicians of the 20th century whose lives were needlessly shortened by drink or drugs. Only Bix Beiderbecke, the great cornetist who drank himself to death in 1931 at the age of 28, suffered a sadder fate.

While Beiderbecke’s place in the pantheon of jazz greats is secure, Berigan’s is not, even though his career was less truncated. One suspects part of the cause of Berigan’s present-day obscurity is that he was white. That fact made no difference to his black contemporaries—Armstrong least of all—but it now weighs heavily in the balance with critics and commentators who regard the work of pre-modern white jazzmen as being by definition derivative of their black counterparts and thus of less significance. Nor are today’s jazz aficionados inclined to romanticize substance abuse in the manner, say, of Dorothy Baker; her 1938 novel Young Man with a Horn, the Beiderbecke-inspired story of an alcoholic jazzman, did much to solidify the cult of the self-destructive genius that sprang up around Beiderbecke, Berigan, and Parker.

Berigan’s life was more prosaic than that of Rick Martin, the protagonist of Young Man with a Horn, but there was nothing quotidian about his unabashedly emotional playing. Between 1930, the year of his recording debut, and his death 12 years later, he cut hundreds of 78s. The best of them bear out everything said about him by those who heard him in person, as well as by those critics, most notably Gunther Schuller and Richard M. Sudhalter, who have discussed his playing in detail. He has been the subject of two biographies, Robert Dupuis’s Bunny Berigan: Elusive Legend of Jazz (1993) and Michael P. Zirpolo’s Mr. Trumpet: The Trials, Tribulations, and Triumph of Bunny Berigan (2013), which between them do what little can be done to answer the question with which anyone interested in Berigan must grapple: What led so remarkable an artist to lay waste to his talent and his life?

owland Bernard Berigan (always called “Bunny”) was introduced to music at the age of eight by his pianist mother in his native Wisconsin. Within a few years, he was playing professionally, and at 21 he moved to New York to launch a career.

In 1929, it was not yet possible to make a living playing small-group jazz, and only one white dance band, the Casa Loma Orchestra, was playing in a strongly jazz-influenced style. So Berigan worked as a studio musician at CBS, played in Broadway pit orchestras, toured with the popular bands of Hal Kemp and Paul Whiteman and, in between commercial dates, recorded under his own name and with Mildred Bailey, the Boswell Sisters, Jimmy and Tommy Dorsey, Bud Freeman, Benny Goodman, and Billie Holiday.

No matter what kind of music he played or with whom he played it, his style was instantaneously identifiable. It is astonishing to hear the 22-year-old Berigan come blasting out of Kemp’s stilted and square 1930 recording of “Them There Eyes” with a flashingly bold solo worthy of Armstrong himself. Nearly everyone who writes about him uses the word “fat” to describe his sound, and few trumpeters then or now have played with so large yet precisely focused a tone, or one so fully developed throughout the instrument’s three-octave range (especially in the lower register, in which his tone was uniquely rich and warm).

Not only was Berigan’s sound inherently beautiful, but he played with an irresistible sense of swing. The rhythmic looseness and liquidity of his style, coupled with its strong blues feeling, made his best solos at once red-hot and expansively lyrical—perhaps a result of his paternal Irish background. This made him equally effective on medium-to-fast swing tunes such as Goodman’s “King Porter” (1935) and ballads like “I Can’t Get Started,” in which his gentle, vulnerable singing of Gershwin’s words (“The North Pole I have charted, / Still I can’t get started with you”) serves as a foil for the grandeur of the climactic trumpet solo that brings the record to a close.

But Berigan was more than a mere rhapsodist. The maternal German side of his musical heritage manifested itself in the orderly organization of his solos, in which his love for Beiderbecke’s quieter, more contained style was no less clear. Berigan’s work on “King Porter” inspired Gunther Schuller to write admiringly of the compositional quality of his improvising:

His two solos, one muted, the other open, are miniature compositions which many a writing-down composer would be envious of having created, even after days of work. . . . Every phrase leads logically to the next with a Mozartian classic inevitability.

At the same time, Berigan was a famously fearless improviser who was known for his willingness to take chances on the spot instead of working out his solos in advance, so much so that he played glaringly wrong notes in some of his best-known solos. That, too, was an aspect of his romanticism, which was as pronounced as Armstrong’s. It is most evident on “Squareface,” a 1935 combo side where he sandwiches an all-but-operatic solo between two half-sung, half-spoken verses in which Wingy Manone, the vocalist, plays the part of a drunk mournfully serenading his bottle of gin: “Might as well bring those pink elephants in.”

Alas, “Squareface” soon proved prophetic. Berigan was regularly seen drinking on the job virtually from the beginning of his career in New York. Though his athletic frame and natural stamina made it possible for him to shake off some of the effects of liquor, he became increasingly unreliable as the years went by. It was only because his playing was so galvanizing that his alcoholism never prevented him from finding work until the last years of his life. His colleagues saw it as part of the price that had to be paid for the privilege of having him on the bandstand, and most of them paid it willingly.

How might Berigan have responded to the challenge of bebop had he lived longer? Would he have rejected it unequivocally? Or assimilated its innovations into his own distinctive style?


Why did Berigan imbibe? Shy, inarticulate, and by all accounts a loner, he struck many of his acquaintances—he seems to have had no intimate friends—as, in the saxophonist Bud Freeman’s words, “terribly insecure.” An early and unsatisfactory marriage to a chorus girl may have been part of the problem, and he became unwisely involved later on with the passionate but temperamental jazz singer Lee Wiley. Whatever the reasons, he started using alcohol to ease the stresses of his private life and hectic playing schedule, and before long he was drinking around the clock.

It did not help that Berigan was determined to establish himself as a musical star in his own right, even though his easygoing but reserved personality was ill-suited to the demands of fronting a popular dance band. In 1937, he started his own group, staffing it with talented young players (including the drummer Buddy Rich) and cutting a fair number of impressive sides, including the deliriously hard-charging instrumental version of “The Prisoner’s Song” with which the original 78 performance of “I Can’t Get Started” was coupled. But Victor, Berigan’s label, mostly forced him to record second- and third-rate pop songs, and the band’s arrangers never succeeded in creating a distinctive ensemble sound that could compensate for his lack of the genial showmanship that endeared Louis Armstrong to listeners who cared little for jazz.

As word spread of Berigan’s dipsomania, the band’s bookings declined precipitously in quality. When a doctor told him in 1938 that he had developed cirrhosis and that it would kill him if he did not stop drinking, he ignored the warning. In 1939, Victor canceled his contract, forcing him to declare bankruptcy and spend several months working off his debts by playing in Tommy Dorsey’s trumpet section. He organized another band in 1940, but by then his liver was a wreck, and the last months of his life were a downward spiral, though he was still able on occasion to summon up the soaring authority that can be heard in a performance of Hoagy Carmichael’s “Skylark” recorded two months before his death.1

unny Berigan died on the eve of a radical transformation in the harmonic and rhythmic language of jazz wrought by a younger generation of players led by Charlie Parker and Dizzy Gillespie (who paid homage to the older trumpeter in a 1945 recording of “I Can’t Get Started,” a song by then identified with Berigan). How might he have responded to the challenge of bebop had he lived longer? Would he have rejected it unequivocally, as did Armstrong? Or would he have assimilated its innovations into his own distinctive style, as did Coleman Hawkins and Roy Eldridge, the latter his only real rival among the post-Armstrong generation of trumpeters?

Given the fundamental soundness of his playing technique, it is entirely possible that Berigan could have still been active well into the ’70s, as was Eldridge, who was only three years his junior. Instead, he disintegrated and died. As a result, he is now a period piece. To hear “I Can’t Get Started” on the soundtrack of the movie Chinatown (it is played on Jack Nicholson’s car radio) is to appreciate how completely it is redolent of the ’30s, the decade in which he did his best work.

Yet there is nothing dated about Berigan’s playing. Like Armstrong, he was “phonogenic,” a musician unintimidated by the microphone, thus making it possible for us to “know” him through his records. It is the man we cannot know: There is no obvious connection between the pitiful squalor of his drunken death and the electric immediacy of “King Porter” and “The Prisoner’s Song.” John Hammond, who produced some of his finest records, summed him up this way: “He was a funny guy: unhappy when he worked for somebody else, uncomfortable when he was his own boss.” That is a description of a man who was chronically uneasy in his own skin. What made him unable to cope with the stresses of life, and in what way, if any, did his seemingly confident art reflect that incapacity? Out of such impenetrable mysteries is the abstract art of music made.

1 Except for “Skylark” and his recordings of the compositions of Bix Beiderbecke, which can be heard on YouTube, all of the recordings mentioned in this essay are included on Portrait of Bunny Berigan (ASV Living Era), a single-disc 21-track collection containing many of Berigan’s finest recorded performances. 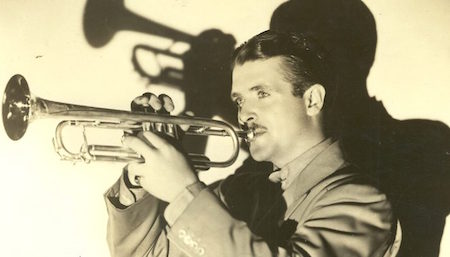 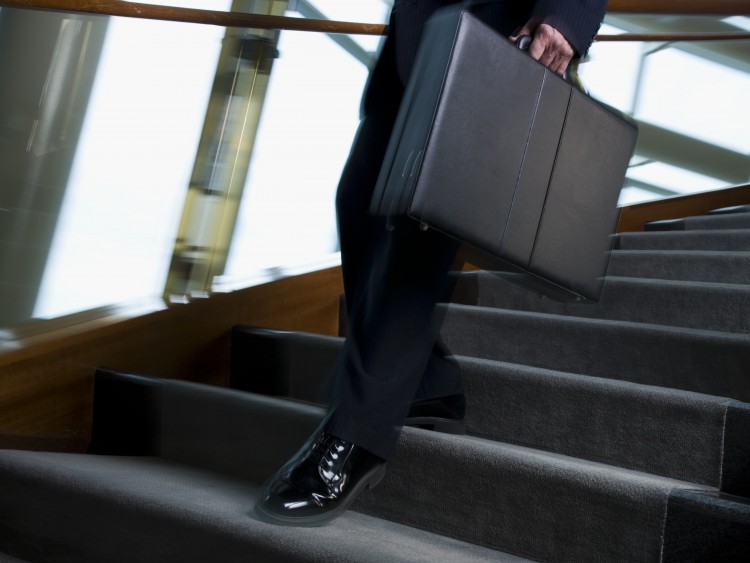