On March 12, 2020, Broadway’s theaters closed their doors in response to the coronavirus pandemic. Most of America’s stages, opera houses, and concert halls followed suit, and with few exceptions, they have remained closed ever since. There is no telling when live performances will return. It is widely reported that Broadway producers hope to resume this fall. But Broadway cannot reopen safely in the absence of true herd immunity: Its theaters are too cramped, and their public areas too confined, to make social distancing economically feasible. In addition, Broadway evolved long ago into a tourist destination. Some 65 percent of its audience in 2018–19 came from out of town. Given the devastating effects of COVID on the tourist trade, it thus seems possible that Broadway will not reopen before 2022, and off-Broadway not much sooner.

While other performing-arts groups face similar problems, the plight of live theater is of special interest because there is so much of it. In addition to New York and Chicago, the twin centers of theatrical production in the country, virtually every large and medium-sized American city is home to at least one professional theater company. Most of the shows they have staged are created locally and do not travel elsewhere. In my capacity as drama critic of the Wall Street Journal, I typically reviewed some 50-odd regional-theater productions from coast to coast each season—as many as I review in New York—and discovered early in my tenure that the bulk of what I saw was of an artistic quality comparable to that of the productions I saw on and off Broadway and in Chicago.

When COVID forced these companies to stop giving public performances, it put their survival at the highest possible risk. Not only is state support of the arts negligible in the U.S., but few American theater companies have endowments of any consequence. They live from show to show. And they bear literally physical burdens. The financial boom that preceded the recession of 2007–09 inspired many of the biggest ones to build new theaters with larger auditoriums. The debt they incurred as a result of these projects had already become a major problem for some companies by the time the pandemic came to choke off their income streams. At the same time, it put most of America’s stage actors, directors, designers, and backstage and front-of-house employees out of work. As of the end of September 2020, 52 percent of all professional American actors were unemployed. The percentage of unemployed stage actors is higher still—and many of them fear that they may never work in theater again.

Yet the coming of COVID has also had one desirable effect: Nearly every significant regional-theater company in America, together with two small but important off-Broadway companies—the Irish Repertory Theatre and the Mint Theater—is now either providing taped or live performances through the Internet or has plans to do so.

The last time I went to a theater was in March 2020, when I reviewed the off-Broadway premiere of Katori Hall’s The Hot Wing King. I was well aware of the COVID pandemic, but it had not occurred to me that a week later, all the theaters in New York would be closed and I would be pretty much confined to my Manhattan apartment. Then, San Francisco’s American Conservatory Theatre and Syracuse Stage in upstate New York both announced within days that they would stream broadcast-quality videos of stage productions that were already in dress rehearsals or previews at the time of the lockdown.

Sure enough, regional troupes of all kinds, determined to stay in touch with their audiences while giving a limited amount of work to actors and crew members and bringing in at least a smattering of income, started putting shows online. I began writing about these webcasts at once, the first time I had ever reviewed shows that I watched not in a theater but in my home. At first, I rarely had more than one or, at most, two productions from which to choose in any given week, but by October the pipeline was so full that I could be selective about what I reviewed.

Why had such offerings not been available before? Public TV has aired two or three Broadway and off-Broadway shows each season. But telecasts of regional productions have always been vanishingly rare, and webcasts were nonexistent. The reason for this is that Actors’ Equity Association, the union that represents professional actors and stage managers in America, is opposed on principle to pay-per-view webcasting. It argues that offering theater on screen discourages people from coming to the theater to watch a live performance, thus leading to shorter runs and fewer work weeks for Equity members. This is a premise for which there is no concrete evidence whatsoever; nonetheless, it has led to prohibitive restrictions on webcasting stage performances in the United States.1

Unable to stream older stage productions from their existing libraries of archival videos (few of which are of broadcast quality) or to create new ones mounted specifically for webcast, regional theaters responded either by going non-Equity or working through a second union, SAG-AFTRA, which represents film and TV actors and whose policies on webcasts are less restrictive. This triggered a noisy jurisdictional dispute between the two unions this year, both of which claimed that such webcasts fell into their domain. But the dispute was temporarily resolved in November, and streaming webcasts continued without a break.

I was struck from the start by the high artistic and technical quality of these productions, which are typically put together under difficult circumstances. The Irish Repertory Theatre’s off-Broadway revival of the stage version of Meet Me in St. Louis, for example, was reconceived for performance by a cast of 13, all of whom were taped separately in their individual homes with iPhones and green-screen video imaging, plus a masked seven-piece chamber orchestra that assembled in the company’s Manhattan theater to record the score. A different tack was taken by the Wilma Theater’s Philadelphia staging of Will Arbery’s Heroes of the Fourth Turning, which was taped at a private location in the Poconos with the cast and crew turning themselves into a quarantine “bubble,” thus allowing them to work together face to face instead of recording their performances separately.

But even the less technically ambitious shows that I have seen have given their viewers impressive theatrical experiences. It goes without saying that some plays work better than others online—one- and two-person plays are easiest to tape—but the range of shows that have given me pleasure is quite remarkable indeed.

As a result of my experiences with online theatrical productions, I now believe that even after herd immunity is attained and the pandemic comes to an end, webcasting will become a permanent part of the ecology of regional theater. The reasons for this are, or should be, obvious. Not only does webcasting make it easier for older viewers to watch performances, but regional theaters will be able to make their work available for viewing throughout America, thereby “deregionalizing” their activities and giving them a national profile that it would be impossible to get in any other way.

Small wonder, then, that every regional artistic director with whom I’ve spoken intends to continue webcasting once the pandemic is over. But none of them thinks that streaming webcasting can ever serve as a substitute for public performance. For my part, my year without live theater has given me a fuller and more fervent appreciation of its indispensability. By bringing audiences together to take part in collective acts of truth and beauty, theater affords us a secular communion of souls that speaks to something fundamental in the human heart: It reveals us to one another and to ourselves.

I long ardently for the return of that communion, and in particular I long to hear once again the sound of an auditorium full of people who are laughing. Yes, tragic works of art tell disquieting truths that illuminate the darkest corners of the human condition. “Shaksbeer is passimist because is de life passimist also!” So said Hyman Kaplan, the first-generation fictional immigrant whose struggles with the English language were wittily portrayed by Leo Rosten in The Education of H*Y*M*A*N K*A*P*L*A*N, and he was right. But when America’s curtains finally start going up again, I hope nonetheless that they will go up first on comedies, dark and light alike, which have their own heart-easing truths to tell. When that happens, we will know that we have come through.

1 In Great Britain, whose theaters are financially supported by the government, it was a condition of state subsidy that such performances be made regularly available for broadcast online and in movie theaters around the world. 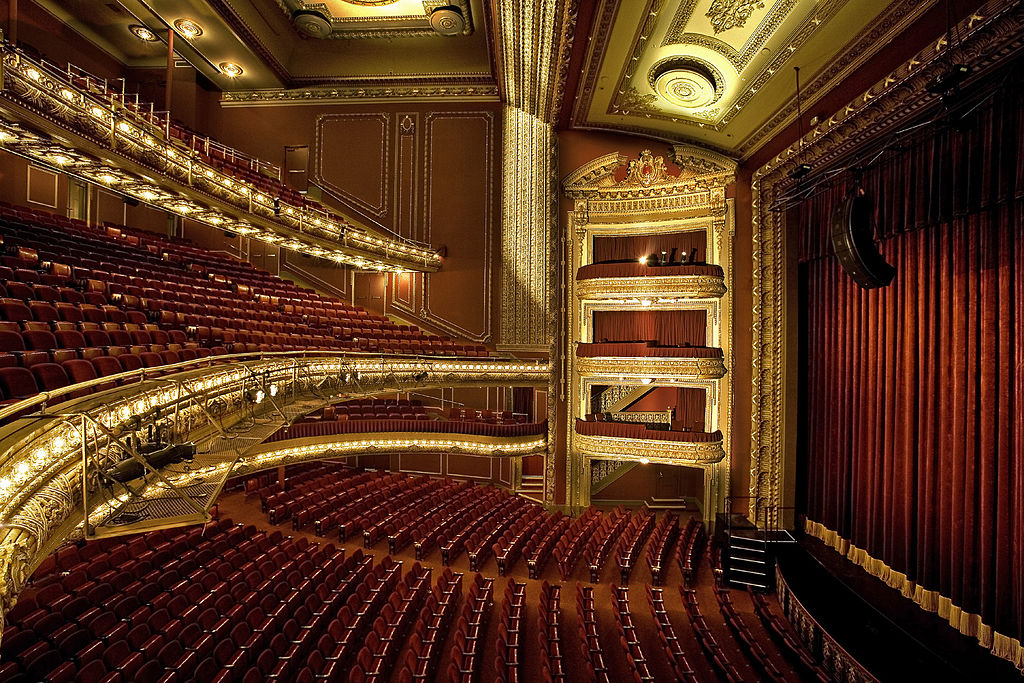 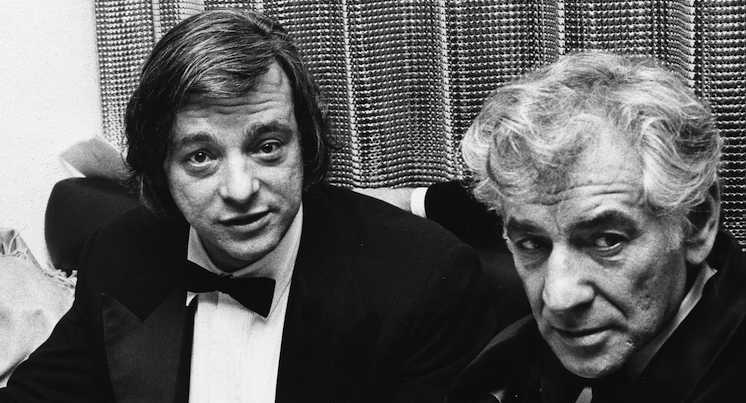 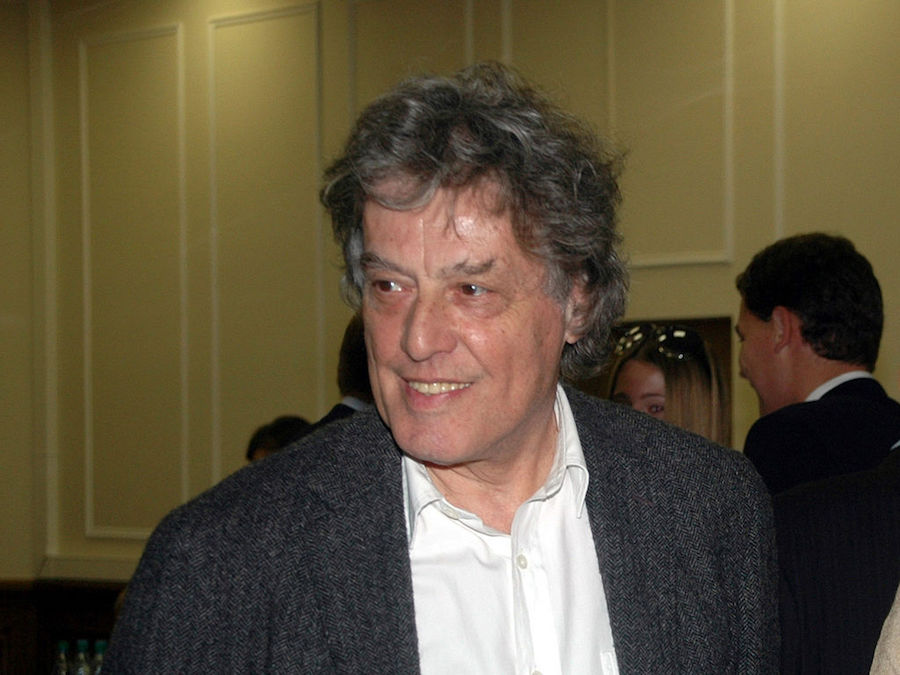 The Future With, or Without, Tom Stoppard 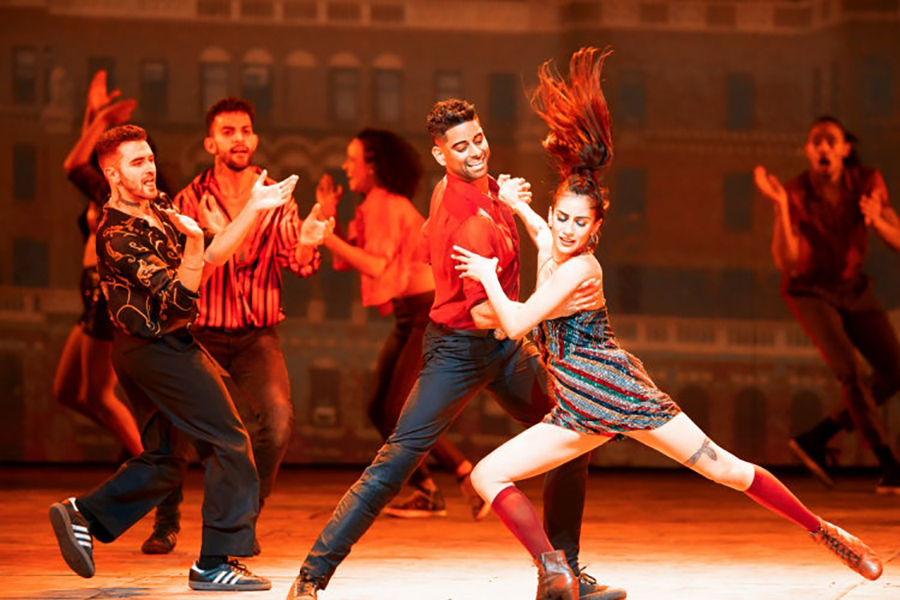