The publication of George F. Will’s new book, his 15th, took place one month to the day after his 78th birthday. He has been writing his syndicated column for the Washington Post, for which he won a Pulitzer Prize in 1977, for 45 years. He has been a regular feature on public-affairs television programs since the days of This Week with David Brinkley, which premiered in 1981. He follows baseball closely enough to have written two bestsellers on the subject. He finished a Ph.D. at Princeton in 1968 and is deeply steeped in the canonical works of political philosophy and Western culture as well as in American history. He has enjoyed the company of Washington political figures from Daniel Patrick Moynihan to Ronald Reagan. Though an adherent of no particular school within the spectrum of conservative opinion, he has long been one of America’s best-known conservatives.

Columnist, pundit, television personality, scholar, author, newspaperman, bon vivant, aphorist, baseball fan, conservative—in a span that began in Richard Nixon’s America and continues through Donald Trump’s: One eagerly awaits the memoirs of such a man, or so one should.

The Conservative Sensibility is not that memoir; we will have to keep waiting. But this does not come as a disappointment. Rather, the new book unfolds as something both richer and rare. It is the summa of a lifetime’s worth of thinking about politics and the experiment in self-governance that is the United States of America. More, the book seems intended as an intervention in the mental lives of the many people who have become so agitated by current political conditions that they have abandoned the habit of thoughtfulness altogether. Will himself turns out to exemplify a more rewarding and more consequential way of engagement in the nation’s political life.

Let me illustrate by briefly quoting from the index of The Conservative Sensibility:

That’s 600 pages on American politics published in 2019 with no mention of “Trump, Donald.” Will, of course, has his views on this subject, and they are not favorable. In a January column, he called Trump “our shabbiest but not our first shabby president” and “an almost inexpressibly sad specimen.”

Will’s omission of Trump from The Conservative Sensibility amounts to an act of defiance in a Trump-sotted political culture. Will has a bigger story he wants to tell—yes, bigger even than how “democracy dies in darkness,” in the fatuous and pompous Trump-era motto on the front page of Will’s newspaper. He means to insert into the political debate of our times the proposition that the Constitution’s high purpose of securing “the blessings of liberty to ourselves and our posterity” comes down to more than one’s opinion of the current occupant of the White House. It requires a sweeping assessment of the origins and history of American liberty and government and of the big ideas that have influenced American politics for better and for worse. This he means to provide in The Conservative Sensibility.

American conservatives,” Will writes in his introduction, “are the custodians of the classical liberal tradition.” That tradition began with the thought of the philosophers Thomas Hobbes and John Locke and achieved its real-world instantiation with the founding of the United States.

This “conservative” disposition stands against two main rivals. One, that which the Declaration of Independence overturned, is the conservatism of crown and altar, blood and soil, which characterized the Old World of European politics. The United States is a “creedal” nation, characterized not by a rootedness to place over multiple generations but by belief in the “unalienable rights” of all human beings, as Thomas Jefferson specified in the Declaration, starting with “life, liberty and the pursuit of happiness.”

Conservatism’s second antagonist is thoroughly modern: progressivism of the kind that attained political salience with the rise of Theodore Roosevelt and the election of Woodrow Wilson, proceeded through FDR’s New Deal, and reached peak influence in Lyndon Johnson’s “Great Society.”

In Will’s view, our current political contestation between left and right is a profound struggle between competing ideas about the individual and the state. On one side—the conservative side—is the view of “natural law” as the basis of politics and government. All human beings, by virtue of their human nature, have claim to these rights (even though governments routinely abuse them). The people—as in the Constitution’s “We, the people”—form a government whose purpose is to secure those rights. Jefferson named the big three in the Declaration, with “the pursuit of happiness” replacing the property rights in Locke’s formulation nearly a century earlier—that people have a claim of right to the fruits of their own labor, which they can put to whatever use they see fit.

On the progressive side, by contrast, is the view that the state comes first—that rights, especially property rights, are something a state has the power to grant or not to grant. In this view, the state can take whatever it wants from individuals, primarily in the form of taxation, for whatever purpose the state deems necessary or desirable.

In a small-R republican form of government—which today we simply call “democracy”—the people, through their elected representatives, decide the political questions. The question, however, is how much the government gets to decide. The problem of democracy, known since the ancient Greeks and well understood by the Founders of the United States, is that majorities will become just as tyrannical in exerting their will as the tyrants of autocratic states are in exerting theirs. As tyranny benefits the tyrant at the expense of all others, so democracy will benefit the majority at the expense of minorities. Thus, the biggest political challenge posed by democratic self-government is thwarting the ability of a majority to behave tyrannically. The rights of minorities need protection.

In Statecraft as Soulcraft (1983), his first foray into a full-length book, Will took the view that the American Founding was fundamentally deficient—because it was insufficiently attentive to the need to cultivate virtue among citizens. In the new book, he remains committed to the importance of cultivating virtue but no longer regards the Founders’ lack of attention to the matter as a critical error. On several critical matters, he thinks, they mostly got it right. These were: the need for separation of the powers of government; harnessing conflicting and shifting interests among groups of individuals to constrain runaway majorities; and above all, the limitation of the power of the federal government through the Constitution’s specification of its permissible sphere of action—its enumerated powers.

But the Constitution by itself is not the whole story of the Founding. Will takes the Lincolnian view that a proper understanding of the Constitution is impossible without reference to the basic principles of the Declaration. The purpose of government is to secure individual liberty as a matter of natural right and natural law, which is prior to government.

It was this set of considerations that the progressive movement, beginning in the late 19th century, sought to overturn in governmental pursuit of the betterment of humankind. And by the time of FDR, the progressive view had decisively come to prevail. The notion that the Constitution severely limits the power of the federal government to take action is gone, replaced by Supreme Court deference to the wishes of Congress and the executive branch—just as progressives wanted. Will approves of John Marshall’s assertion in 1803 of the power of the Supreme Court to overturn legislation as unconstitutional. But Will believes this is a power the Court uses all too rarely. The Court, in his view, ought to overturn congressional majorities when legislation strays from the boundaries of constitutionally enumerated powers and especially when government action conflicts with the basic principles of the Declaration.

Will’s conservative sensibility is thus at odds with the “originalist” approach to constitutional law of the late Justice Antonin Scalia. The view that the text of the Constitution is not enough to go on without recalling the principles of the Declaration is closer to that of Justice Clarence Thomas. “The primary purpose of the Constitution,” Will writes, “is also the primary purpose of American conservatism, conserving the principles of the Founding.”

And it is at approximately this point, page 200 of The Conservative Sensibility, that one begins to realize just how good a book it is. The realization begins with the awareness that its title is misleading in that it reeks of spokesmanship on behalf of some notional canonical conservatism, a generally tedious enterprise from Russell Kirk forward. Even William F. Buckley Jr. could be boring when he got onto the meta-question of what conservatives should think; he was at his best making a substantive argument.

With Will, it’s the same, and it dawns that a more accurate title here would reflect the love affair he has been having with America all his life. His argument is not entirely original, nor does he claim it is. But it is original and important enough to proceed on its own strength, without propulsion from some doctrinal affinity. It’s George F. Will’s good sense, power of reasoning, historical knowledge, and stylistic flair on full display here; would that “the conservative sensibility” writ large possessed such qualities in measure half as much as his.

Very interesting it is, then, that the sensibility of the remaining six chapters of The Conservative Sensibility is rather at odds with that of the first four. Four chapters in, all is lost; progressivism has triumphed. Yet Will operates largely without nostalgia; he does honor to the achievements of the past, but without any chimerical desire to return there. Speaking of himself, he writes, “This author knows a stark fact when he sees one; he can face facts of constitutional construction even when he regrets them.”

And while we might be better off now had our forebears been more effective at conserving the principles of the Founding, it’s time to look forward. In chapters on the role of government in the economy, the elusiveness of equality of opportunity, the character-building purpose of education, the difficulty of extending liberty abroad, and in defense of religious liberty from his self-described perspective as an “amiable, low-voltage atheist” whose cosmology doesn’t require a divine being, Will makes abundantly clear there is much conserving of America’s founding principles yet to be done.

It’s a task in which he remains as fully engaged at 78 as he was when he started his Post column 45 years ago. And though at one point in The Conservative Sensibility he offers up a general defense of pessimism as an outlook on politics, it isn’t very persuasive. He seems to be trying (not very hard, and unsuccessfully) to talk himself into a point of view he just doesn’t hold. This passage seems closer to the real Will:

In a country that remains committed to self-government, he avers, political arguments are the norm, and he embraces them with relish.

Notwithstanding occasional descents into shabbiness, George Will’s America fully retains its exceptionalism. As for the man himself, he notes: “Inquiry, which is the engagement of an active mind with an endlessly interesting world, ranks high in the hierarchy of pleasure.” With his masterful performance in The Conservative Sensibility, the pleasure is ours. 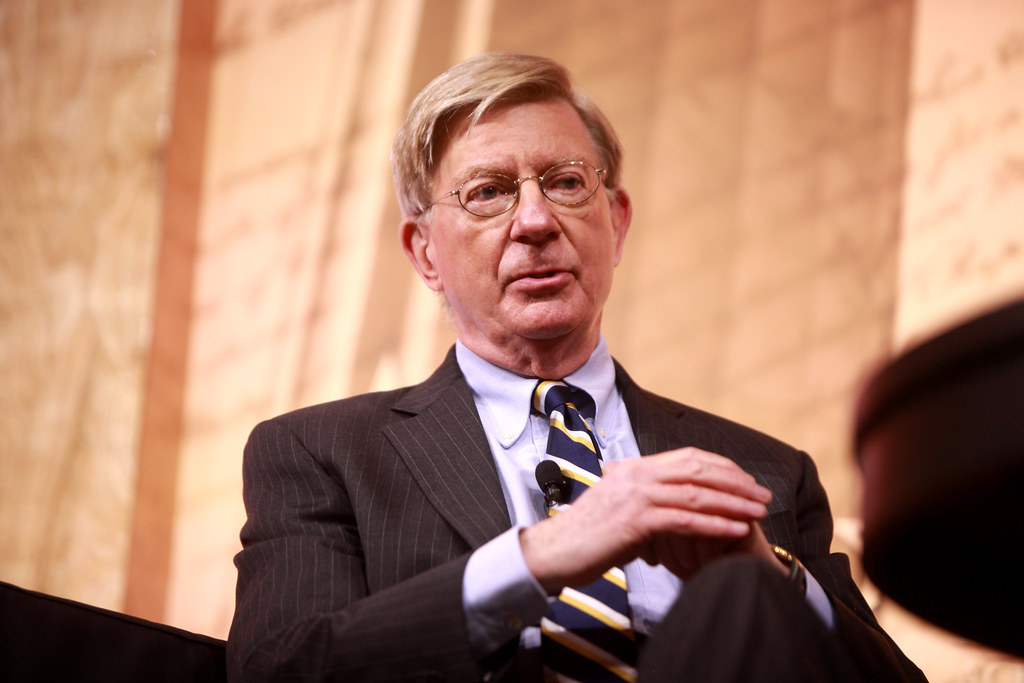 Tod Lindberg is a senior fellow at the Hudson Institute and author, most recently, of The Heroic Heart: Greatness Ancient and Modern (Encounter). 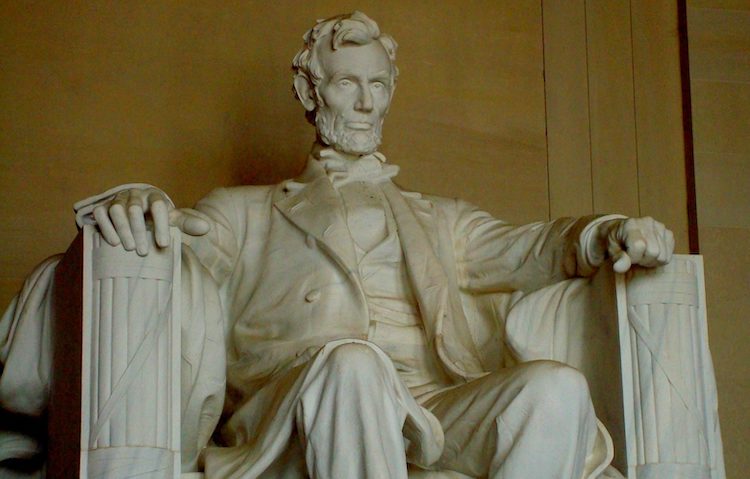