As we travel down the rabbit hole that is Tim Weiner’s The Folly and the Glory: America, Russia, and Political Warfare 1945–2020, let us begin at the beginning, with the first sentence: “For seventy-five years, America and Russia have fought for dominion over the earth.”

The aging Cold War hawks among us might read a sentence like that with some degree of satisfaction: We told you it was a long, twilight struggle; we told you the Communists in the Kremlin sought global domination; we told you the free world was imperiled; we told you the United States had to contain them and contest their dominance. So it is that Weiner’s acknowledgement of the nature of the struggle and the stakes involved, much at odds with the fashionable anti-anti-Communism that took hold during the Vietnam war, smells of vindication, if not napalm and victory, to the hawks in the parallel ideological struggle at home.

But wait, let’s read it again: “For seventy-five years America and Russia have fought…” (Emphasis added.) So apparently this struggle for “dominion over the earth” is ongoing. But the Cold War ended in November 1989 with the fall of the Berlin Wall—certainly by December 1991, with the dissolution of the Warsaw Pact and the breakup of the Soviet Union, which collapsed in shambles. The United States and the West won—though “dominion over the earth” surely overstates the jackpot. And that was 30 years ago.

So it turns out this is not the story Weiner is telling here—at most a part of it, and a misleading part at best. Though during the Cold War “Russia” was a casual way of referring to the Soviet Union, the Soviet Union of the Cold War is for Weiner a lesser included case of an ongoing competition in political warfare between Russia and the United States. It did not reach its culmination in 1991, but in 2016.

If you do read Weiner’s book, the paragraph in The Folly and the Glory you will feel you have long been waiting for appears on page 231. All becomes clear at last: “But Putin had another kind of weapon at the ready, and its long fuse was about to be lit. He wanted to undermine democracy in America, and how better to achieve that aim than to elect a dangerous demagogue as president?”

So what we have here, really, is not quite a disinterested history of the often-dirty, sometimes dangerous political contestation short of war between the United States and the Soviet Union and then, yes, Russia since the end of the Second World War. Rather, it is the projection backward onto history of a conclusion about recent American politics, namely, that Vladimir Putin delivered the White House in 2016 to a Russian “agent of influence” named Donald J. Trump. The Folly and the Glory is the inquiry that follows a dumbfounded smack of one’s palm to one’s forehead and the question, how the hell could that happen?

And strangely enough, at least as far as Cold War history and the talents of Putin go, it’s a pretty good showing. It retains a certain conventional left-leaning tendentiousness, but Weiner did not win his Pulitzer Prize and his National Book Award (in 2007 for Legacy of Ashes: The History of the CIA) simply because he reflects that conventional wisdom. He is also a thorough researcher and a good writer. And here, the author’s prior inclination to torch the CIA’s clandestine activities comes into tension with his conviction that political warfare is serious, and he doesn’t want the United States to lose.

The Folly and the Glory has a lot more to say about the American role in political warfare than about our rival’s. That’s in part because less digging was necessary. The Church Committee’s 1975 Senate investigation into U.S. intelligence operations opened a window onto 30 years’ worth of clandestine activity. Researchers also have tools such as the Freedom of Information Act to pry loose documents classified and unclassified. Add to them the massive leaks that came from Chelsea Manning via Julian Assange and Wikileaks and from Edward Snowden, and Weiner had a lot to work with.

Although KGB activities during the Cold War and its follow-on agencies’ activities in Russia since then aren’t entirely a black box, there is far less available information about them. This contributes to the impression that through the 1970s, most of the folly was on the American side, whereas most of the glory was on the Soviet side. American officials in and around this shadowy world were mostly serious people trying to do their best for their country. But they got a lot wrong, occasionally fell prey to monomania, made pledges on which they were unable to deliver, and engaged in brutal infighting over turf. Young Tim Weiner would surely disapprove of men who routinely refer to their adversaries as “Commies.” The Folly and the Glory manages to accord them ambivalent respect.

At the same time, under the aegis of the Brezhnev Doctrine, according to which once a country turned Communist, it would stay Communist, Soviet gains throughout the world were mounting; 1979 saw the Soviet invasion of Afghanistan and Marxist revolution in Nicaragua. Some of what transpired was military action or armed revolutionary activity, but Weiner is right to highlight the importance of “spying and subversion, subterfuge and sabotage, stolen elections and subtle coups, disinformation and deception, repression and assassination.” At the start of the Cold War, he notes, the United States was something of an ingenue in such matters, whereas intelligence services in Russia had been relying on such tactics since Peter the Great.

The United States built considerable capacity for political warfare after World War II, however, and in Weiner’s judgment “it sped the collapse of the Soviet Union”—before its skills began to wither due largely to entropy and apathy. Meanwhile, in Russia, an ex-KGB operative with a thorough understanding of these dark arts was consolidating his grip on a state down but by no means out. Putin’s list of grievances was long, and his determination to deploy the techniques of political warfare against the United States was firm.

And then—well, Trump happened. Although Weiner’s title bills the temporal period of his book as 1945–2020, May 17, 2017, seems to be its spiritual endpoint—the date of the appointment of independent counsel Robert C. Mueller, whose investigation was supposed to blow the lid off Russian collusion with the Trump campaign. To Weiner, the view embodied in all the hopes and aspirations of Trump’s “collusion” critics remains pristine and unimpeachable to this day.

IN THIS TELLING, Christopher Steele, author of the notorious “dossier” leveling collusion and other allegations against Trump and his associates, is still a “veteran British spy” and “a highly reliable reporter on Russia, his field of expertise,” rather than the peddler of unverified and demonstrably false secondhand gossip he actually is. Steele was “working for private eyes hired by the Clinton campaign”—a fact not publicly known when the dossier surfaced and denied subsequently by Clinton people who knew they were lying. While “no known evidence proved [Trump] had been bribed with cash or blackmailed, . . . he had made himself an attractive target for the Russians for thirty years” and “was surely a mark.” So there.

As for the known Russian agent of influence here, the Internet Research Agency, which was indeed targeting U.S. politics, workers there toasted themselves the morning after the election, many spontaneously saying, “We made America great again.” Or so goes the story Weiner accepts uncritically. If you think what made the difference in the 2016 election was a Russian troll farm, $15 million worth of Facebook ads, and obvious hoaxes quickly identified as such, like the one that had Pope Francis endorsing Trump—if you think such mice as these out-influenced nonstop saturation media coverage of the candidates, $2.4 billion in expenditures, Hillary Clinton’s failure to campaign in Wisconsin, and FBI Director James Comey’s decision to announce days before the election that he was reopening an investigation into Clinton’s email server—then the high-fives the day after in Saint Petersburg are just more confirmation.

But wait, what has happened since May 2017? Didn’t the Mueller investigation come up dry on Trump campaign collusion with Russia? Weiner quotes Mueller saying, after the fact, that “a thorough FBI investigation would uncover facts about the campaign and the president personally that the president could have understood to be crimes.” But wasn’t that investigation Mueller’s job? Ah, but Mueller never got a charter to investigate Trump’s previous financial affairs—plus there was Trump’s flagrant obstruction, notwithstanding that Mueller’s own report couldn’t conclude it was criminal. Collusion springs eternal.

Viewed from the present moment, however, an even more basic question about reality is in order: If Putin elected Trump in 2016, what happened in 2020? Did Russia, having mastered political warfare to the point of victory then, lose interest four years later? Was it thwarted in 2020 by—Trump-administration countermeasures? Fact checks on Twitter? Whatever else may be said of 2020, on the positive side of the ledger is how it has dispelled the notion that the Russians have subverted and now dominate American politics.

If you start with the unshakeable conviction that Trump is a Russian agent of influence, then no inability of the independent counsel to demonstrate criminal collusion will persuade you otherwise. Never say no evidence. Say “no known evidence.”

But if this conviction drives you to revisit the entire postwar era and conclude that the Soviet Union then was and Vladimir Putin now is doing everything possible to undermine American democracy through “political warfare,” I’ll take it. Now do China. 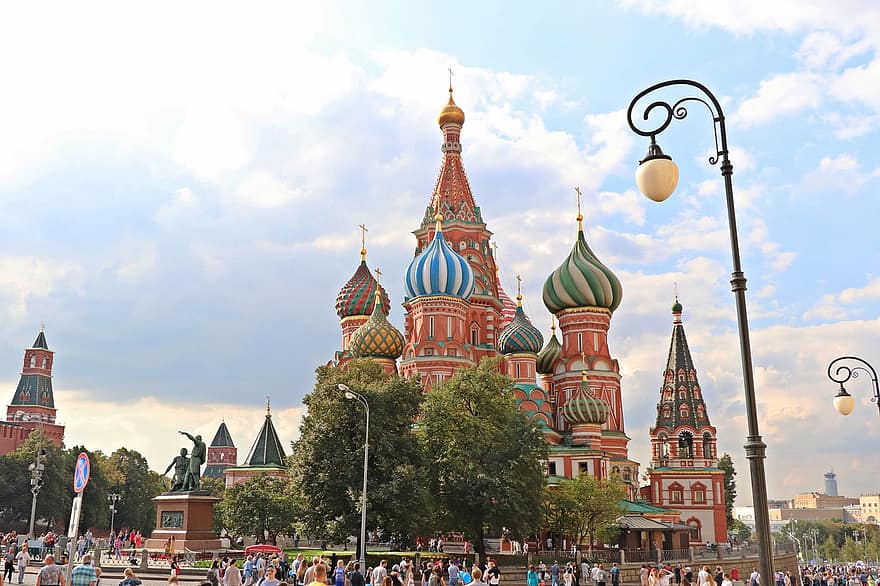 Tod Lindberg is a senior fellow at the Hudson Institute.