Thomas Chatterton Williams’s Self-Portrait in Black and White is a book about one man’s decision to “renounce” race, as a concept and identity. Williams opens his book with the delivery-room discovery that he has fathered a tiny human whom most seeing people would view as white. Although Williams is biracial—the son of an erudite Southern black man and a “blonde-haired, blue-eyed” mother of Northern European origins—he declares that he has always viewed himself as black, in accordance with the old American idea that “one drop” of African blood makes a person a Negro. Judging from his book-jacket photo, Williams also seems to be someone who “looks black,” a light-brown guy at least as dark-skinned as I am. However, having a daughter with a white Frenchwoman forces him to challenge this view: Young Marlow is 80 percent or so nonblack and “impossibly fair-skinned.”

To his credit, Williams responds to this situation not by at all distancing himself from his daughter or wife, but rather by deconstructing the basic idea of race. He notes, correctly, that the historical American black experience had little to do with “strict genetic markers”—after all, mulatto by-blows of slave masters and honey-blond “palomino” girls were brutalized on Southern plantations rights alongside new arrivals from the Slave and Pepper Coasts. In such a context, any part-African person was, practically speaking, politically black. However, today, as ideas of whiteness and what Williams calls “mixed race non-blackness” become more flexible, it is hard not to notice that many “black” Americans don’t look very African at all—and, for that matter, that many dark-haired, black-eyed whites obviously have more than a touch of ancestral Moorish or Indian blood. In this context, what sense do racial labels make, and what value do they have?

None, Williams concludes. By the end of book’s first section, Williams has stated that he, his beloved daughter, and many of his friends are clearly neither black nor white; described the entire idea of biogenetic race as a “calamitous thought” inspired by the racism of the European Enlightenment; and has openly decided to reject the whole troubled construct. Williams encourages others to do the same. He eloquently describes racial categories as meaningless for most people and gives the example of a hypothetical East Indian man, who would have been classified as a “Hindu” from 1920 to 1940, “other” from 1950 to 1960, and a white from 1970 until recently. Today, quite probably, the same fellow would be reclassified as “Asian.” Why bother with any of this, Williams asks, when such categories cannot adequately capture this man, or anyone else?

A good question. As a black man, a writer on race, and a quantitative wonk, I have several responses to it, and to Williams’s book (which I liked) more generally. First, I feel he is frankly wrong that racial categories are meaningless and almost endlessly plastic. Ironically, the idea that race is entirely a social construct seems to have taken hold outside the academy during the same period—from the early ’00s on—when reliable genetic testing became popular and widespread. Using contemporary haplotypic data, the genetics website 23andMe divides humankind into six large “global populations”—European, West Asian and North African, Central and South Asian, East Asian and Native American, Sub-Saharan African, and Melanesian. These can be further subdivided into 150 “ancestry composition” groups (e.g., Ashkenazi Jewish). If there exists any particular reason not to call these subdivisions 1) “races” and 2) “ethnicities,” or to behave as though dividing up a room full of Norwegians, Ghanaians, and Koreans on the basis purely of physical characteristics would be especially difficult, I cannot discern it using elementary logic.

Williams is of course correct that the human races can blend, and often improve by doing so. But, to me, the people produced by these blendings are not without race but rather simply inter-racial, and the degree to which different groups have contributed to their backgrounds can be measured quite specifically. At one point in Self-Portrait, for example, Williams does take a DNA test and finds himself to be exactly 39.9 percent Sub-Saharan Black African and 58.7 percent Northern European. There seems to be no logical reason he could not describe himself as “mixed,” or “mulatto,” or that his daughter might not call her background “mostly white but with some black ancestors.” I myself have a small but substantial percentage of (Native) Indian blood and try to remain linked to this aspect of my heritage by doing things like shooting the bow. Being of multiple races does not, I think, require identifying as a race-less man.

However, while making his epistemological way toward the complete rejection of race, Williams notes what many might consider to be a better solution to the racial obsessions of today. He points out that the modern American conception of race is very highly “classed.” This is to say: Different groups that differ on the matter of the potentially irrelevant trait of skin color also tend to differ in terms of serious variables like income, education, and behavior. The result of this is that a great many traits are perceived as racial when they are actually social-class or even regional characteristics. In one great passage utterly familiar to me as a Chicagoan, Williams tells the story of an Italian-American family friend who refers to Williams’s bookish black dad as “whiter” than his own relatives, and proceeds to defend this position coherently for some time. In another, a college girlfriend describes her European-immigrant mother from Brooklyn as “not a … white woman”—meaning, in essence, “not a cheery suburbanite.”

In addition to being surprisingly funny and touching, these anecdotes help illuminate a way forward. As several social scientists have pointed out, race is a source of surprisingly little animus when it comes to groups who vary only in terms of this one characteristic. Asian Americans, for example, perform (at least) on par with whites in terms of “classed” characteristics such as personal income and scholastic test scores. They also frankly seem to be one of the most successfully “assimilated” groups in the country: reporting relatively little racial tension, marrying members of other races 29 to 33 percent of the time, and posting by far the lowest violent-crime rate of all major groups.

Given this data, it seems undisputable that a good way to reduce the salience of race would be for Americans to work together to 1) build a shared national identity and 2) honestly identify and then eliminate those negative nonracial characteristics associated with each racial group: disproportionately high crime rates and a simmering sense of being “oppressed” among blacks, more than a little residual racism among whites, a lack of English competency among many Latinos and immigrants, and so forth. Obviously, no sane person wants all Americans of every ethnic background to abandon their cultural characteristics and become upper-middle-class Anglo-Saxons—imagine the terrible food, if nothing else. But a society in which whites and blacks vary chiefly in terms of skin color itself, rather than, say, “perception of the government as run by genocidal racists,” would be a society far freer of racial conflict.

But Williams’s book also identifies what may well be the primary barrier to manifesting that society: the extraordinary prevalence of the “one-drop rule” of racial identification dreamed up by Southern slaveholders among American minorities, especially those on the political left. Throughout Self-Portrait, Williams repeatedly discusses the fact that African Americans of all ages and social positions often simply assume that anyone with any amount of black ancestry is black and that all share at least some current experience of oppression. Williams himself appears to have believed this prior to the birth of his baby girl, and he describes his father continuing to refer to his blond granddaughter as simply a light-skinned “palomino.”

More important, Williams, coming close to taboo territory, points out that many modern black cultural figures—Jesse Williams, Colin Kaepernick, even Barack Obama—are obviously at least 50 percent Caucasian and were raised largely by Caucasian family members but continue to identify as African Americans facing contemporary oppression because of the one-drop rule. Obviously, convincing people either that race does not exist or that it does but matters little will require first disabusing them of the idea that being any percentage African is one of the most important things in the world.

Whether more people do in fact come to accept either thesis remains to be seen. In the meantime, read Thomas Chatterton Williams’s engaging account of himself as a “black” man with a “white” daughter. 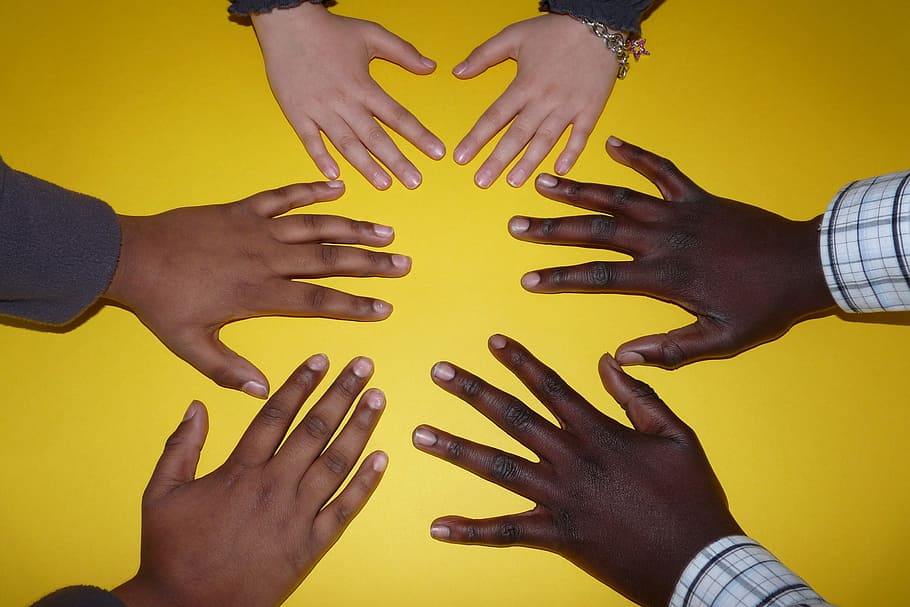