Robin DiAngelo’s 2018 book White Fragility sold some 450,000 copies in the immediate wake of the Black Lives Matter demonstrations at the end of May, as well-meaning Americans sought to grapple with the issue of racial bias and turned to supposed experts to explain things to them. DiAngelo, an academic who moonlighted for decades as a “diversity trainer” before taking on the profession as a full-time gig in 2015, argues that the United States is a subtly, systematically, institutionally racist country where whites are almost never forced to confront race—and are thus uniquely “fragile” when it comes to handling racial criticism.

The core claim of the “systemic racism” school of social science from which DiAngelo’s ideas spring—that performance gaps between groups must be due to hidden bigotry if we are not to attribute them to genetic inferiority—collapses under the weight of empirical fact as soon as rudimentary adjustments are made for non-racial factors such as median age. This is made apparent by extending analyses beyond American blacks and whites to include minority groups such as Asians and Jews. Furthermore, how is it possible that anyone in this country actually believes that whites face less criticism today for the misdeeds of their race than other groups do? Critiques of “whiteness” are the mainstay of entire academic departments and have been so for decades. DiAngelo’s book pretty much ignores both these points.

At the core of White Fragility is the idea that racism of a hidden but pernicious form must continue to exist within supposedly neutral systems such as criminal justice and educational testing because groups perform differently within these systems. The fact that “racial disparity between whites and people of color continues to exist in every institution across society” demonstrates how people of color are “confined and shaped by forces” invisible to the naked eye and beyond our control. These forces are not “accidental, occasional, or avoidable.” Instead, virtually every network of actions or social norms within society is subtly designed to “create advantages for whites and disadvantages for POC.”

Building on this thesis, DiAngelo advances an innovative new definition of racism. Far from being the dislike of people of another group because of their race, racism instead consists of participating in any system that produces differential outcomes. As early as page 13, DiAngelo dismisses basically all traditional definitions of racism: “A racist is not someone who holds a conscious dislike of people because of [their] race.” Nor does racism mean belief in the genetic inferiority of another race; DiAngelo devotes a chapter to the thesis that genetic race does not exist. Rather, racism is any system of “collective prejudice backed up by the power of legal authority and institutional control.”

By page 21, DiAngelo has tagged “individualism,” belief in “capitalism” or “democracy,” and “meritocracy” as racist. Believing that effort and talent are largely responsible for the hierarchies that exist among people is specifically cited as a bigoted example of what she later calls “the white frame.” Indeed, DiAngelo says one of the most significant forms of “aversive racism” consists of attributing any inequality between whites and POC to any cause “other than racism.” In other words, you are a racist if you don’t accept the totality of her argument.

To the general claims of systemic racism, DiAngelo adds the concept of white fragility. Whites, she says, are uncomfortable talking about race because they are so rarely critiqued or challenged on racial grounds. They are, she argues, socialized early on into a “deeply internalized” sense of confident racial superiority of which they are almost unaware. “Given how seldom [we] experience racial discomfort,” she writes, whites have almost never had to “build our racial stamina” and thus react churlishly when criticized on racial grounds. Much of DiAngelo’s book is devoted to suggestions about how to overcome this toxic “fragility,” the bulk of which can be summed up as: “Listen to brown people.”

Even leaving some obvious darts aside—whites, who broke 43 percent for Barack Obama, don’t “collectively” agree on prejudice or anything else—there is very little evidence for the core claims made in support of the “systemic racism” thesis. In particular, the argument that temporary gaps in performance have to be caused by either horrific bigotry or deep-seated genetic characteristics is demonstrably false. For half a century, Thomas Sowell has noted indefatigably that adjusting for changeable cultural and situational group characteristics such as median age and region of residency eliminates most of them.

An example: The average working black man earns a bit more than 80 percent of what the average working white man does, and left-leaning social scientists have argued for decades that this is a “glaring” example of racism. However, back in 1995, both the U.S. government economist June O’Neill and the conservative researcher Dinesh D’Souza examined Government ccounting ffice data relevant to this question. They found that adjusting for just four variables—age,1 Southern residency, years (not quality) of education, and any aptitude test score—closed the gap to within 5 percent. And when you adjust for years of work experience, the gap closes entirely.

No serious person denies the existence of residual but pervasive racism, which we have instituted massive affirmative-action programs to counter. Nor does any serious person deny that past oppression may have left a legacy that hampers people of color when it comes to class-linked variables such as test scoring today. But it is simply not the case that a young black executive or apprentice is treated dramatically differently from an identically qualified young white one due to some wispy and malodorous bias hiding inside every present-day system.

This point rings especially true if we expand our analysis beyond American-born blacks and whites. A fact that appears to shock both social-justice warriors and alt-rightists is that Anglo whites are nowhere near the top of the socioeconomic hierarchy in the United States. The most recent Census Bureau and American Community Survey figures put Indian Americans in the top spot, with an annual average household income of $119,985, followed by Filipino Americans at $92,328. Americans of Chinese, Taiwanese, Japanese, Singaporean, Pakistani, Iranian, Lebanese, Sri Lankan, Korean, Indonesian, Ghanian, Hmong, Vietnamese, Turkish, and Laotian descent all outperformed the average white income. While Ghanian Americans were the highest-income black group, coming in at about $67,000 per year, Nigerian Americans almost certainly missed that mark only because they are the best-educated group in the country, and thus likely to go into low-paying but upper-class jobs in research academia.

Whites certainly did well enough, at an average of $65,902 per annum. However, the highest-performing “white” group has traditionally been Jews, who have not historically been free from encounters with prejudice and have been considered a part of the same general in-group as, say, Irish or Italian Catholics only for the past few generations. More broadly, it is a damned odd sort of white supremacy that would allow South Asians and West Africans to dominate whites by such substantial margins. It is difficult to even conceptualize a system of prejudice so finely tailored as to hamper the ambitions of many or most black Americans while turning a blind eye to the achieving Ghanians.

Perhaps no such system exists, and researchers are struggling to define a thing not extant in reality.

DiAngelo’s book isn’t badly written or incoherent. Rather the opposite, in fact: Its thesis is laid out clearly and well inside the first five pages. But White Fragility operates from false first principles that reduce its utility. Performance gaps between groups aren’t caused by almost-untraceably biased systems of white supremacy; they are caused by three or four easily measurable variables, such as scores on math tests. People of color who do well when it comes to these factors, such as Asians and Nigerians and East Indians, are wildly prosperous. And it is certainly not true that white liberals almost never hear critiques of “whiteness.” Two years ago, Buzzfeed ran a popular and dead-serious article headlined “37 Things White People Need to Stop Ruining in 2018.” A bit more tongue-in-cheek, The Root went with a piece calling a restaurant manager who called the cops on unpaying guests “The Beckiest Becky Who Ever Beckied”—with a “Becky” of course being a privileged and unimpressive white woman.

Is it the case that whites are too fragile to handle such criticism—or does the absolute freedom with which such attacks are levied indicate that there is no cost and a great deal of profit in caricaturing them with the broadest possible brush? 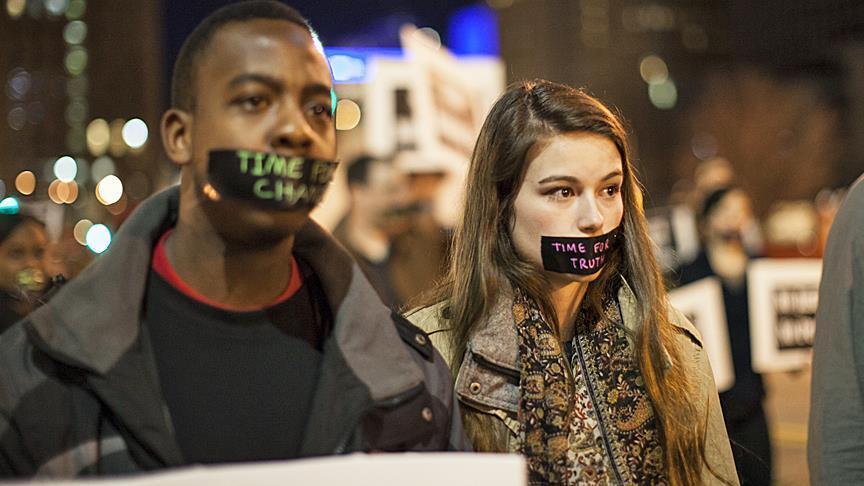 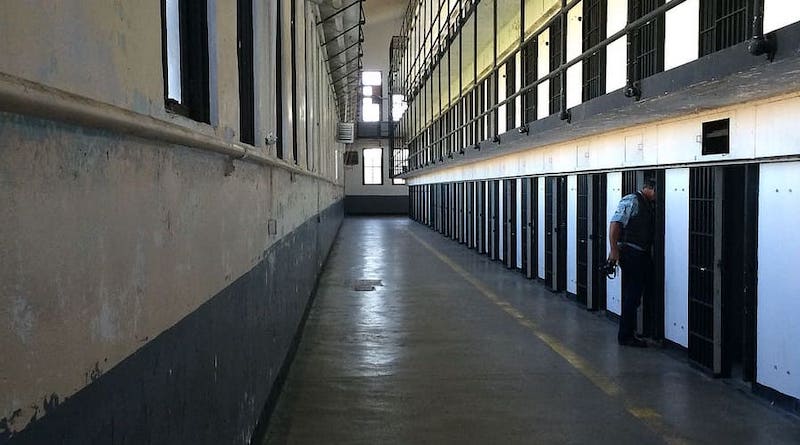 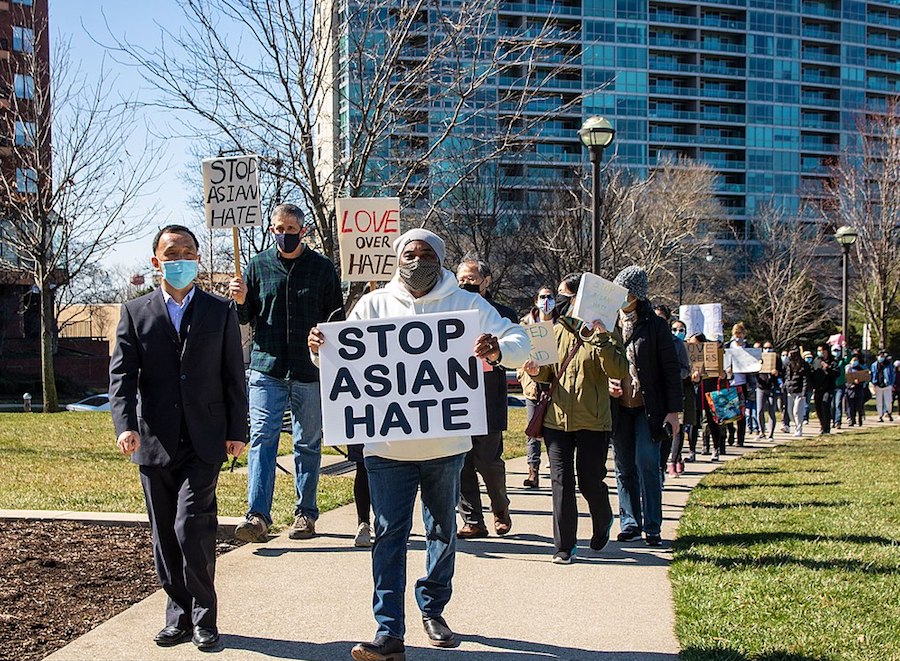 Crime Against Asians Isn’t Due to White Supremacy 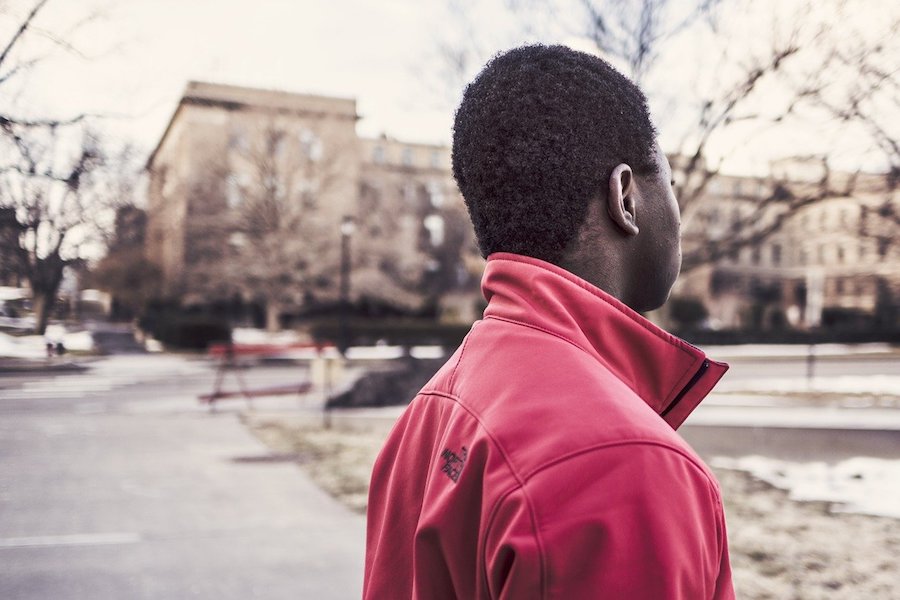