Signatures consists of a series of short essays about writers. They are people whom David Pryce-Jones has interviewed or been friends with or known through a family connection, and whose own books he has asked them to sign. This is a neat and attractive idea, one that could only be thought of and brought off so successfully by that ever-dying phenomenon, the man of letters. Pryce-Jones might easily feature in it, were he not the author of Signatures.

Fifty years ago, John Gross, himself one of Pryce-Jones’s signatories, published The Rise and Fall of the Man of Letters. In the pages of this magazine Renee Winegarten described Gross as “a man of sound sense who recognizes that literature is supposed to be a pleasure, not a discipline nor a substitute religion.” The same might be said of Pryce-Jones. He has worked as a journalist and as an academic, written novels and biographies and works of scholarship. He is an expert on the Middle East. His family background includes both a homosexual father of ancestrally Welsh origin and a mother whose family featured Central European Jewish industrial magnates. Not only a man of letters, Pryce-Jones is also a man of the world. He has the charm that often comes with urbanity.

There is never a dull moment. Since the subjects are listed alphabetically, the reader is constantly racing back and forth, from age to age, and around the world. We may at one moment be in Zagreb and the next in Berkeley, in 2002, but are soon shuttled back to 1966. There are unlikely juxtapositions. Albert Speer follows Muriel Spark, David Jones is followed by Ernst Junger, after the author of Memoirs of an Anti-Semite appears the author of Love Story (the latter, Erich Segal, was both a Yale classicist and the co-screenwriter of the Beatles’ Yellow Submarine).

Another charm is the abundance of good stories about famous people: Isaiah Berlin and Nicholas Nabokov turfed out of a Paris cinema for singing; the penniless student-author finding himself at lunch with Ignazio Silone and Gian Carlo Menotti; Martha Gellhorn purposefully wrecking Hemingway’s new model Lincoln; Robert Graves explaining to Queen Elizabeth that they are both descended from the Prophet Muhammad; Arthur Koestler consuming complimentary midair brews en route to Fischer vs. Spassky in Reykjavik.

The bias is perhaps slightly toward the British and European, but there are American luminaries, too: Paul Bowles, Saul Bellow, Alfred Kazin, Isaac Bashevis Singer. Pryce-Jones is more honored in the United States than in his homeland, where his robustness of opinion, especially with regard to the Middle East, is perhaps regarded as a little too much by a traditionally Arabist establishment and its liberal-left fellow travellers.

A marked characteristic of the conservative temperament, in contrast with the often dour earnestness of the left-winger, is a belief in the immutable foolishness of humankind. This allows for a tolerance of the eccentric, and the kind of good humour of the laugh-or-else-you-cry kind. There are many a chuckle to be found in Signatures. Pryce-Jones’s wry pen portraits both illumine and amuse. Elie Kedourie had “a smile that had some sort of finality about it, like a judge passing sentence.” Robert Graves “looked like one of the ancient gods.” Isaiah Berlin’s “rapid-fire conversation suggested that he couldn’t quite keep up with his thoughts.” Svetlana Alliluyeva (Stalin’s daughter) “did not draw curtains; she liked cold bedrooms and warm bathrooms.”

Beneath all the charm and literary felicity, there is something a little darker and deeper. Running like thrombotic veins through Signatures are the three totalitarianisms of modernity: national socialism, Communism, and Islamism.

Many of Pryce-Jones’s subjects are Jewish, with close but generally indirect experience of Nazi and Soviet oppression. But as he also wrote about Paris during the German occupation, he has books signed by Arno Breker (“Hitler’s favourite sculptor”) and Third Reich architect Albert Speer. He writes of the aged Breker in his studio surrounded by “hideous…Nazi kitsch.” Speer’s home “had the feel of a sepulchre.” They seem like dead people.

There is a parade of Cold War warriors here, heroes such as Robert Conquest, Milovan Djilas, and Nicholas Gage, along with their allies, some less, some more engaged in the culture wars of the second half of the 20th century, among them Nobel Prize–winner V.S. Naipaul. He and Robert Conquest became close friends of Pryce-Jones. They had vastly different temperaments. Conquest, author of The Great Terror, which brought statistical evidence of Communist murderousness into public view, was cheerful, a genius limerick-writer. Pryce-Jones wonders whether he was “a poet who happened to be a sovietologist or a sovietologist who happened to be a poet,” and picks the former “because poetry answered to his view of making whatever there is to be made out of emotions, colours, life itself.” Naipaul is not like Conquest. Pryce-Jones recalls a telephone conversation:

“How are you Vidia?”

“Very low. I want to die.” It subsequently turns out that the problem was with noisy builders next door.

There is a distinguished model for Signatures, John Aubrey’s Brief Lives. This unforgettable work mixes whimsy and seriousness in much the same way. Click to Tweet

At the very heart of this book there is a slew of authors, from Kedourie through J.B. Kelly and Bernard Levin to Bernard Lewis, who together provide 30 pages that focus on the failure to address reality in the Middle East, the Arab slave trade, Communist show trials, the right- and left-wing blights of postwar Europe, and the malevolent insistings of the likes of Gore Vidal, David Irving, and Edward Said. Said comes in for a booting again in the piece on Iraqi dissident Kanan Makiya, whom Said accused of being a Mossad agent.

There is a distinguished model for Signatures, John Aubrey’s Brief Lives. This unforgettable work of 17th-century London, also alphabetical, mixes whimsy and seriousness in much the same way. It portrays 55 characters of his age, men such as Francis Bacon, Walter Raleigh, Edmund Halley, Thomas Hobbes, and William Shakespeare. In his essays, Aubrey said he was after “the naked and plain truth.” That is what the wondrous David Pryce-Jones has been after for a lifetime. 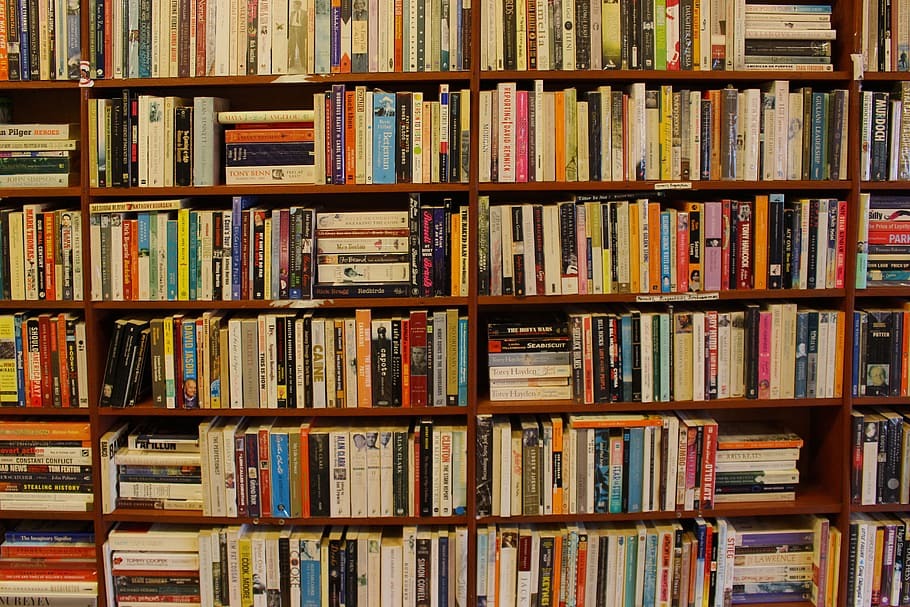