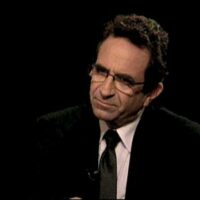 Edward Rothstein is an American critic. He is best known for his critical analysis of museums and museum exhibitions. Rothstein was the cultural critic-at-large for The New York Times, particularly examining the reach and depth of museums, large and small, one by one. He has worked as a music critic for The New Republic and as the chief music critic for the Times. Rothstein is a two-time winner of the ASCAP Deems Taylor Award for music criticism, and was given a Guggenheim Fellowship in 1991.
2 articles by Edward Rothstein

by Edward Rothstein
“The Jewish mystic lives and acts in perpetual rebellion against a world with which he strives with all his zeal to be at peace.” -Gershom Scholem