Back in 2009, the Venezuelan dissident blogger Daniel Duquenal purchased a bottle of what he described as “semi-cheap” Chilean champagne.  Last night, he finally got an opportunity to pop the cork as the results of Venezuela’s midterm elections for National Assembly rolled in, confirming a handsome victory for the democratic opposition.

As he listened to the celebrations in the streets outside, Duquenal concluded, “Chavismo cannot recover from such a stunning disaster that not even Cuban ‘expertise’ could avoid” – a reference to the penetration of Venezuela’s state institutions by Cuban intelligence, a phenomenon ushered in by the former dictator, Hugo Chavez, who died in a Cuban hospital in March 2013.

And there was more:

There is no need to inquire deeply in the causes of the rout. Empty shelves and 200% inflation say it all. As I wrote often, in the last two years the regime has had the chance to take some economic measures that would not have avoided the crisis, but [would have] made it less politically damaging. But it did not…What happened in the end was that the populist government lost contact with the populi. And that was that.

Certainly, the results are an unequivocal indictment of Nicolas Maduro, Chavez’s handpicked successor. It is Maduro who has presided over Venezuela’s dismal slide into a country where toilet paper and other basic goods are scarce, where gang violence has contributed to the second-highest homicide rate in the world, and where corruption and narcotics trafficking activities stretch up to the highest reaches of the chavista regime. Like the communist dictatorships that collapsed in Eastern Europe in 1989, Maduro’s regime is rotten to the core, which is why there is a strong echo of the crowds who gathered in Berlin, Prague and Budapest more than 25 years ago in Duquenal’s statement that “demanding accounting for the rulers is where democracy starts.”

The scale of the defeat would have been unimaginable during chavismo’s heyday, when high oil prices enabled Chavez to launch a massive public spending program that cemented the poor in Venezuela, and therefore their votes, to his regime. Turnout in yesterday’s contest was an astonishing 74 percent, the highest for a parliamentary election since the 1990s. The result was the capture of 99 of the legislature’s 167 seats for the Democratic Unity coalition, with the ruling socialists managing just 46.

If the opposition wins just two more of the remaining 22 seats, it will have enough of a majority to begin undoing the legacy of Chavez through the passage of new laws, as well as removing the Vice-President and other ministers.

But even without those extra seats, the opposition is nonetheless in a position to pass an Amnesty Law. Doing so would bring about the release of Leopoldo Lopez, Venezuela’s best-known opposition figure, who was sentenced in September for thirteen years and nine months on fabricated charges related to his role in organizing anti-government protests in 2014. Alongside Lopez are more than 70 other political prisoners whom the opposition wants released.

Securing the release of Lopez and the other prisoners of conscience will be among the first political battles between the opposition-controlled legislature and the executive. While it is encouraging that Maduro glumly announced that he would accept yesterday’s results, blaming a US-led “economic war” for his poll humiliation, there are no guarantees that other prominent chavistas, like the current leader of the National Assembly, Diosdado Cabello, won’t resort to extra-judicial means to counter the opposition’s surge. After all, they have a personal interest in doing so; Cabello recently accused the US of “kidnapping” two of Maduro’s nephews after they were arrested in Haiti on drug trafficking charges and brought to New York. Unless they take radical measure to ensure otherwise, it’s only a matter of time before Cabello and his cohorts face a similar conversation with the law.

As uncertain and fragile as the coming months in Venezuela are likely to be, there are two important contextual shifts which should be noted. While a professional imitator of Chavez would probably have won a higher vote than Maduro did yesterday, the election result underlines the mass recognition that the system which Chavez designed has died with him. Unlike past elections, where the votes were close enough to allow the regime to get away with intimidation and rigging in certain districts, December 6, 2015 will be remembered as the day when Maduro faced a choice: declare civil war or accept the result and what follows. So far, he is taking the latter path.

Secondly, the regional and international environment is not as friendly to Venezuela’s rulers as it was even a year ago. Argentina’s president-elect, Mauricio Macri, is determined that his country will break from the disastrous populism followed by his predecessor, Cristina Fernández de Kirchner – and that includes the love-affair with the chavistas that Kirchner began when Chavez was still in power.

Before the election of yesterday, Macri pledged to work for the suspension of Venezuela from the Mercosur trading bloc on the grounds of the regime’s abusive behavior towards the opposition. Following the opposition’s triumph, Macri may dial down on that commitment; although one would hope he would so only after it becomes clear that Maduro will respect the decisions of the new National Assembly.

As for the Iranians, who have been actively penetrating the entire continent off the back of their alliance with Chavez, it’s hardly fanciful to imagine the mullahs grimacing over the outcome of yesterday’s vote in Venezuela, much as they would have done in the face of Macri’s unexpected victory in Argentina last month. Macri has made it clear that he will not be bound by the Memorandum of Understanding reached by Kirchner with Iran, which effectively guaranteed immunity for the Iranian officials involved with the 1994 terrorist bombing of the AMIA Jewish Center in Buenos Aires. Slowly but visibly, then, the tide is turning. 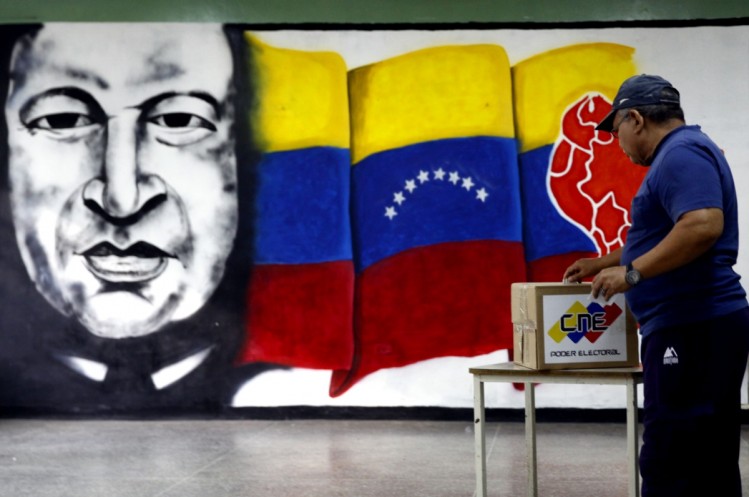 Ben Cohen is the senior correspondent of the Algemeiner.