Proponents of Critical Race Theory (CRT) often write about it as if their dogma was established and acceptable fact, an ideological fait accompli that only a racist would oppose. Nothing could be further from the truth. Conservatives and old-school liberals have consistently and thoughtfully challenged both the underlying tenets and the application of CRT since it began gaining popularity in workplaces and schools.

Not surprisingly, CRT supporters have responded with bad faith arguments; consider New York Times columnist Michelle Goldberg, who last week claimed that attempts by state legislators to halt the long march of CRT in schools were egregious acts of censorship.

Goldberg is being disingenuous when she downplays the concerns CRT critics have with the coercive way these theories are “taught,” particularly to K-12 school children. CRT’s critics aren’t arguing that no one has the right to talk and write about CRT (particularly among adults on college campuses); they are resisting the implication that CRT is a settled and acceptable dogma. They also take issue with the way this theory is being imposed on schoolchildren, many of whom have been forced to denounce immutable parts of themselves, such as their skin color and sex, in CRT struggle sessions. Similar objections to the coercive and racially discriminatory nature of CRT ideology have been raised in the context of mandatory workplace training.

It’s notable that Goldberg says nothing about the compulsory nature of CRT training in K-12 education, where it has been introduced not as an addition to existing curricula but as a replacement for it. That’s because the zeal with which its promoters have pursued this effort has already prompted lawsuits, like this one, which makes for chilling reading.

The lawsuit, brought by a widowed, black mom in Nevada on behalf of her mixed-race child, William Clark, contends that when her son’s public school recently overhauled its curriculum to incorporate “intersectionality” and “critical race theory,” the materials “were not descriptive or informational in nature, but normative and prescriptive: they require pupils to ‘unlearn’ and ‘fight back’ against ‘oppressive’ structures.” Moreover, “some racial, sexual, gender and religious identities, once revealed, are officially singled out in the programming as inherently problematic, and assigned pejorative moral attributes” by teachers and administrators. Students who felt uncomfortable participating were penalized in their class exercises and graded homework assignments.

The lawsuit describes how one teacher greeted the boy’s class with “Hello my wonderful social justice warriors!” before telling each student to “label and identify” their gender, racial, and religious identities as part of “an independent reflection” exercise, which was graded. Next, students were told to determine if “that part of your identity has privilege or oppression attached to it.” “Privilege” was defined as “the inherent belief in the inferiority of the oppressed group”—the oppressed group being everyone who was not white. Race and sex weren’t the only markers of oppressor status; as the lawsuit notes, “In addition to the ‘white’ racial identity, Defendants singled and assigned inherent moral attributes to pupils who fell into male, heterosexual gender/sex identities, and Christian religious categories, calling them intrinsically oppressive.”

This petition contends that the CRT curriculum put students like Clark, a mixed-race boy being raised in a Christian household, in “a deliberately designed, psychologically abusive dilemma: participate in the exercise in violation of his conscience and be branded with a pejorative label; or conscientiously refrain from participation, and suffer isolation from his classmates and be maligned by the same labeling regardless.”

Most egregiously, the oppressor-shaming was compulsory: “These assertions were not presented to students as a description of a theory with which students could disagree. Instead, they were presented as facts that the student—in graded, required written exercises—had to affirm as true.”

School administrators across the country have eagerly embraced such sentiments. Meisha Porter, the new chief of New York City schools has vigorously defended CRT, writing “Speak the truth, brother” in response to a tweet from “intersectional racial justice and equity advocate” David Kirkland. “Critical Race Theory is the audacity to tell the truth in places built on lies,” Kirkland insisted. “This truth will make us free, though there are some who don’t want us free and are willing to sever a nation to ensure that we stay chained.”

Similar efforts are underway to overhaul how the country’s founding and history are taught to K-12 students via the error-riddled New York Times “1619 Project.” The project’s curriculum materials, sponsored by the Pulitzer Center, are little more than a series of grievance and oppression worksheets masquerading as history. (I know; my sons were made to fill them out as DC public school students).

For example, one of the assignments asks students to create “erasure poetry,” which is described as follows: “Erasure poems can be a way of reclaiming and reshaping historical documents; they can lay bare the real purpose of the document or transform it into something wholly new. How will you highlight inequity—or envision liberation—through your erasure poem?” One of the recommended documents for erasure? The Declaration of Independence.

Another worksheet reveals the true CRT-fueled purpose of the project, to replace the nation’s founding in 1776 with 1619, when slaves were first brought to North America, by asking students: “How does the origin story of the U.S. change if we mark the beginning of U.S. history in 1619 instead of 1776?” Another writing prompt based on the work of Times reporter Nikole Hannah-Jones asks, “What evidence can you see for how ‘some might argue that this nation was founded not as a democracy but as a slavocracy’?”

The ideological special pleading of CRT supporters like Michelle Goldberg is no more justified than someone who insisted flat earth theory should be taught in science classes. You cannot call it censorship when reasonable people demand that an ideologically-motivated, divisive theory of politics and history not be taught to children as if it were settled fact, like algebra (which, as it happens, is also under attack by CRT enthusiasts).

If advocates of Critical Race Theory want to defend its importance, they should start by agreeing to debate the theory on its merits—something none of its most prominent proponents, like Ibram X. Kendi, have agreed to do even after repeated invitations. Why should they when they are constantly rewarded merely for denouncing “whiteness” (to say nothing of cashing in on their ideology by publishing anti-racist baby books)? But as the increasing number of lawsuits and legislative action suggests (and the outraged reactions of liberal Times readers to Goldberg’s column shows), the resistance to CRT indoctrination is growing, and not only among conservatives. It can’t come soon enough. 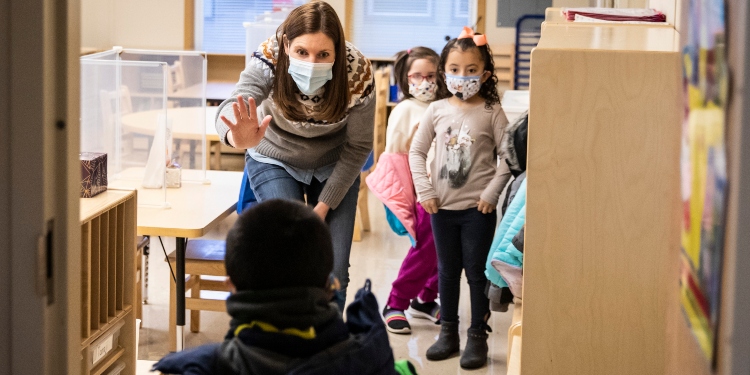