If recent controversies over diversity hiring practices at Google and Microsoft are any guide, internal company message boards are the new culture war battleground.

This week, Quartz published a story about disagreements over diversity policies among Microsoft employees that were being aired on the company’s internal chatroom, Yammer. One of the posts criticized Microsoft’s diversity initiatives as “discriminatory hiring,” and suggested, “women are less suited for engineering roles.” “Many women simply aren’t cut out for the corporate rat race, so to speak, and that’s not because of ‘the patriarchy,’ it’s because men and women aren’t identical,” the employee wrote.

The plot twist? Unlike the now-infamous memo of former Google employee James Damore, these posts were written by a “female Microsoft program manager” who was ostensibly a beneficiary of such diversity initiatives.

The manager was straightforward about her concerns: “Does Microsoft have any plans to end the current policy that financially incentivizes discriminatory hiring practices? To be clear, I am referring to the fact that senior leadership is awarded more money if they discriminate against Asians and white men,” she wrote. “I have an ever-increasing file of white male Microsoft employees who have faced outright and overt discrimination because they had the misfortune of being born both white and male. This is unacceptable,” she argued.

Her questioning of Microsoft’s corporate diversity policies, coming from someone who stood to benefit from them herself, might have sparked a useful discussion about how the company defines “diversity.” Is it racial, ethnic, or religious minorities? Anyone non-male? Employees from different economic upbringings or countries other than the U.S.?  It could have led to an examination of some of the costs of diversity initiatives as well as their benefits, and perhaps identified areas where such policies might be improved upon, or where they might have counterintuitive effects.

Instead, the employee, who wisely requested anonymity when speaking to the reporter, was reported to H.R. for expressing her opinion by angry employees who felt her words were themselves an assault on diversity. By allowing such opinions to be aired on a company message board, “HR isn’t trying to enforce the inclusive culture,” one employee said to Quartz. Others complained that “they weren’t aware of any action by the company in response, despite the comments being reported to Microsoft’s human resources department.”

To be sure, Quartz isn’t the most trustworthy source of reporting on gender issues in corporate America; in his article about Microsoft, reporter David Gershgorn reveals his ideological bias when he describes Damore’s memo as “pseudoscience.” (An earlier Quartz article about Damore’s lawsuit against Google had as part of its headline, “Cry Me a River.”)

Perhaps that’s why the piece makes no effort to take the Microsoft employee’s concerns seriously. Like other multicultural whistleblowers (such as Damore) Microsoft’s diversity dissenter is asking for a simple thing: evidence. As someone who manages other employees and is required to further the company’s broader diversity goals, she is asking for proof that such efforts actually benefit the company and do no harm to other employees.

But in doing so, she exposes the deep fault line between corporate diversity platitudes and corporate diversity reality. “Diversity makes us stronger” is the platitude, one everyone is expected to embrace because it makes Microsoft look like a responsible corporate citizen. The reality is a system that creates separate classes of employees based on the accident of their births, then ties executive bonuses to minority recruitment quotas, generating resentment among employees who are not included among the worthy minorities.

In other words, beyond providing a company with a warm glow of appearing “inclusive,” there’s not a lot of proof that corporate diversity programs either improve outcomes for their supposed beneficiaries nor make companies more profitable. And there’s plenty of proof that they produce bad feelings among non-minority employees.

Some research has shown that diversity policies have little impact on minorities’ sense of fair treatment, even as the policies protect the companies from lawsuits by making them appear more “inclusive.” Another study that examined longitudinal data from 700 companies concluded that there were few positive effects from corporate diversity training efforts and some negative outcomes, including a decrease in the number of black women in the companies surveyed. Other research has suggested some positive outcomes, including that a diverse workplace encourages more innovation (although the sample studied was small.)

But this is a small return given the investment of money and management time devoted to corporate diversity training. Why are companies like Microsoft still loathe to engage in stricter scrutiny of their own diversity efforts? Thinking outside the corporate box is supposed to be technology companies’ strength. As Joi Ito, the director of MIT’s Media Lab, argued in Wired,

“I believe at least some of Silicon Valley’s phenomenal success is because its culture places little value on conventional social and corporate values that prize age-based experience and conformity that dominates most of society and most institutions on the East Coast. It celebrates nerdy, awkward youth and has turned their super-human, ‘abnormal’ powers into a money-making machine that is the envy of the world.” In a parenthetical, however, Ito noted, “This new culture is wonderfully inclusive from a neurodiversity perspective but white-dude centric and problematic from a gender and race perspective.”

But it’s only “problematic” if your starting point is an abstract notion of “diversity” that values only certain identity categories (race, sex) and effectively denies equal opportunity to those groups, such as white or Asian men, who don’t meet that definition. It completely ignores other forms of diversity (such as age, experience, or education) that have just as much of an impact on an organization’s ability to thrive.

In this atmosphere, speaking up or asking questions is only acceptable if one is endorsing the status quo of corporate identity politics. Earlier in April, after some female Microsoft employees complained about sexual harassment at the company, CEO Satya Nadella promised change and said in a company-wide email, “I’m disappointed to hear about any behavior in our workplace that falls short of the diverse and inclusive culture we are striving to create . . . But I’m encouraged that people feel empowered to speak up and demand change.”

But woe to those speaking out to criticize diversity policy, as Nadella made clear: “This past year, we increased our commitment with a new core priority on inclusion for every employee. If you are not helping to create an inclusive culture, your rewards, your career trajectory, and possibly even your employment will be impacted,” Nadella wrote in his company-wide email.

And if you think being a member of an underrepresented minority will protect you if you question the policy, think again: Apple’s former diversity chief, Denise Young Smith, an African-American woman, was pushed out of her job (despite apologizing) after saying, “There can be 12 white, blue-eyed blonde men in a room and they’re going to be diverse too because they’re going to bring a different life experience and life perspective to the conversation.”

Conversation, criticism, and a free exchange of ideas clearly aren’t what corporations like Google, Apple, or Microsoft want when it comes to diversity. 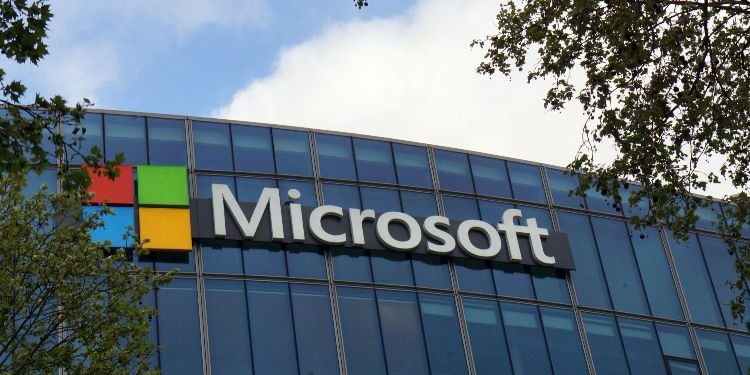