If every generation gets the grifter it deserves, then Elizabeth Holmes is the millennial generation’s exemplar of the form. The founder of the now-dissolved Theranos company, Holmes is the subject of a new HBO documentary; her rise and fall have already provided fodder for a podcast and a bestselling book (Bad Blood, by John Carreyou, based on his reporting for the Wall Street Journal). A movie starring Jennifer Lawrence as Holmes is also in the works.

Holmes’s invention, a medical device she named “Edison” after Thomas Edison, promised to transform healthcare by using nanotechnology and miniaturization to test for hundreds of illnesses and conditions using a mere pinprick of blood at a fraction of the cost of traditional lab tests. One of Theranos’ often-used marketing images featured the frightened face of an adorable toddler next to the tag line, “goodbye, big bad needle.”

Holmes herself was an object of media fascination. She was the “next Steve Jobs,” as Fortune anointed her, an idealistic young Stanford dropout who wanted to change the world and disrupt the healthcare industry at the same time. At Fortune magazine’s 2014 women’s conference, she was introduced as an “amazing woman” and treated like the second coming of Edison himself. Reporters rarely pushed for specifics about Theranos’ technology; when they did, Holmes would talk in broad strokes about “optimizing the chemistry” and “leveraging software”—non-answers that nevertheless meshed well with the uplifting wellness rhetoric so popular in Silicon Valley. She described her work as “a blessing” and counted herself lucky because she was “changing people’s lives.”

Private investors, including tech titans like Larry Ellison, were convinced, putting up hundreds of millions of dollars without having seen so much as a financial statement for the company. Others, such as Henry Kissinger, Sam Nunn, George Schultz, and General James Mattis, agreed to serve on Theranos’ board of directors after being dazzled by Holmes’ pitch. She became so trusted by Shultz that she was invited over for family holidays and birthday parties.

By 2018, it was all over. The SEC press release announcing charges against Holmes (and Theranos president Sunny Balwani) called the business a “massive fraud.” The company was dissolved. Holmes is awaiting trial on charges that could lead to 20 years in prison.

Much has been written about how Holmes’ appearance helped her sell her invention to powerful (male) investors. Young and attractive, she must have seemed like Mark Zuckerberg without the insecurities and global domination complex, or Jack Dorsey without the commitment issues and Kendrick Lamar obsession. She dressed in a black turtleneck like Steve Jobs, and as her star rose, her hair got progressively blonder. Photos show her always pairing that minimalist uniform with heavy eye makeup and bright red lipstick.

As behavioral economist Dan Ariely, describing what investors in Theranos were buying into, notes in the documentary, “It’s about being able to tell themselves a story.” And Holmes’s story was one that didn’t just promise to make investors money; it also made them look progressive and diverse. The existence of a female Steve Jobs slightly punctured the negative image of Silicon Valley as an ego-driven, male-dominated Thunderdome.

Holmes’s story also played into a broader cultural narrative about the need for more women in STEM fields. Never mind that Holmes had very little scientific training (she only took a few science courses before dropping out of Stanford); she said what media outlets that liked to spotlight women breaking the glass ceiling want to hear. The New York Times style magazine T named Holmes one of its “heroes,” gushing, “It’s hard to overestimate the potential benefit of what Elizabeth Holmes has developed with her tech company Theranos.” (When Holmes’ fraud was later revealed, the Times disappeared its earlier encomiums.)

Likewise, Glamour named Holmes its “Woman of the Year” in 2015, writing, “By now the tech-world unicorn story is well-known: Bright mind ditches school, launches company from garage, changes the world, makes millions. This version of the tale, though, has a welcome twist: The wunderkind dropout is a woman.”

Holmes was happy to lean into the narrative of herself as a STEM warrior princess. She told Glamour she wanted to “demonstrate that women can build technology companies like this and make a real impact in the world as scientists and engineers.” The next year, Holmes launched an “#IronSisters” Twitter campaign that she described as “a movement that will bring together women from around the world who are pursuing careers in science, technology, engineering, mathematics, (STEM) and business to support each other—learn from each other, encourage each other, and celebrate each other’s success to pave the way for future generations of women to succeed in these fields.”

This “movement,” which appears not to have gone further than a hashtag on Twitter, would, she claimed, “eliminate the stereotypes and remove the barriers that discourage girls and young women from entering STEM fields.” Holmes received enthusiastic endorsements for #IronSisters from people like Maria Shriver.

Holmes’s rise coincided with a push to get more women to enter STEM fields. The Obama administration promoted such initiatives, and Holmes visited the White House, posing in the Oval Office with Obama. She was a guest at a state dinner in 2015. That same year, Vice President Joseph Biden visited Theranos and told employees, “You are empowering people, whether they live in the barrios or a mansion, and allowing them to take control of their health care.” “The president and I share your vision,” he added. In the documentary, Carreyou says, in an understatement, that Holmes was “chummy with the Obama administration.” (Even after her credibility took a hit, Holmes was welcomed by Democrats; she hosted a fundraiser for Hillary Clinton.)

Her STEM shtick didn’t just work on magazine editors and Democratic politicians. A female lab worker at Theranos (who later become a whistleblower at the company) was explicit about her admiration for Holmes as a feminist pioneer in the HBO documentary: “Because she was a woman in the sciences, because she was a woman in tech, started her own company . . . She was a really good idol to have.” The same worker later told ABC News: “I read all the articles about Elizabeth Holmes and was completely infatuated about this amazing female entrepreneur who dropped out of Stanford and started her own company, so it felt like a good company to work for straight out of university.”

Holmes’s gender was part of her con not because she used her appearance and feminine charms to her advantage (although she no doubt did) but because her marks were so eager to believe they had found a female Steve Jobs.

Besides the whistleblowers at Theranos (who included George Shultz’s grandson, Tyler, an engineer at the company), one hero of the Holmes tale is arguably Dr. Phyllis Gardner, a professor at Stanford who knew Holmes when Holmes was an undergraduate and who was consistently skeptical of her claims and her ambitions from the beginning. “She aligned herself with very powerful older men who seemed to succumb to a certain charm and those powerful men could influence people in the government,” Gardner noted in the documentary. She later told Business Insider, “I support women. I always have. I’ve gotten in trouble for it. I’ve pushed hard . . . But I’m not going to support a fraud—I don’t care what your gender is.”

It’s a warning more people should have heeded. Writing in Forbes, Nicole Fisher, who runs a health policy advisory firm, confessed that she and her cohort had “failed at due diligence” with Theranos because of “our obsession with women in STEM.” It was “refreshing to see a woman—a young woman—taking the business, health and technology arenas by storm,” she said. “To see her on the cover of magazines as the youngest self-made female billionaire. A college dropout who by 30 was on the verge of breaking every glass ceiling in business and science we wanted to see broken.”

Likewise, BizWomen reporter Melissa Wylie wrote, “When I heard the first rumblings about trouble within Theranos, I was in denial . . . I feel like I’ve been duped. I feel like Holmes tricked me, and I’m sure I’m not alone in this sentiment.” She “looked at Holmes as a role model” and “an idol” because she “represented a combination of qualities many young women and girls aspire to achieve: She was intelligent, respected, young and successful . . . She was all those things — in a world full of men.” She added, “Holmes was a much-needed example for the countless girls swept up in the ongoing STEM recruitment movement.” Washington Post columnist Christine Emba wrote, “despite the gravity of the allegations, many women, myself among them, still felt a frisson of disappointment. Why? In the words of one female friend, ‘I’m sad that our one Steve Jobs is a fraud.’ In other words: There goes our unicorn.”

There are many lessons to be learned from the Theranos story, not least about the perils of Silicon Valley hubris. But for the many reporters and media outlets and “thought-leaders” and politicians who promoted her as a model of women in male-dominated industries, there’s only one: Be careful what you wish for. 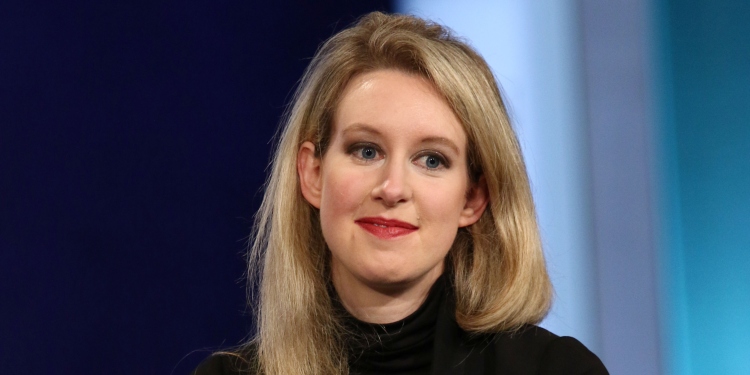