Last week, as news of the death of Iranian General Qasem Soleimani spread and cable news began hyperventilating about the possibility of World War III, the U.S. Selective Service website briefly went offline due to the number of people searching for information about the military draft.

All U.S. male citizens ages 18-25 are required by law to register for the Selective Service, but the U.S. has not had a draft since the Vietnam War. Congress would have to pass and the president would have to sign legislation permitting a new draft, a highly unlikely occurrence in the current geopolitical environment.

This fact didn’t prevent an onslaught of memes from spreading across social media and other expressions of genuine panic online. That anxiety was particularly palpable after some people received fake text messages claiming to be from the Selective Service which read, in part, “We tried contacting you through your email several times and have had no response.” As the New York Times reported, some of the messages went on to state that the recipient “had been ‘marked eligible’ for the military draft and was ordered to report to the nearest Army branch ‘for immediate departure to Iran.’”

That panic is understandable given the longstanding and deepening military-civilian divide in the country. Less than one percent of the American population serves in the military, and Americans under the age of 50 have only ever known a world with an all-volunteer military. The call of duty for this generation is a popular multiplayer video game, not something they grew up expecting to have to answer by enlisting to fight a real war, despite a brief surge in voluntary enlistments in the wake of the 9/11 terrorist attacks.

Not that they would be prepared to fight one if they had to. As a recent Department of Defense report on the civilian-military gap noted, “Today, only 29 [percent] of youth are eligible for military service without requiring some form of standards waiver,” according to Undersecretary of Defense for Personnel and Readiness Anthony M. Kurta. A smaller, more technologically sophisticated military requires recruits capable of the physical and mental demands of the modern battlefield. Kurta estimates that “only about 2 [percent] of the 20.6 million 17- to 21-year-olds in the United States are eligible, propensed to serve, and of high academic quality.”

Even if, as Business Insider recently noted, video games like “Call of Duty: Modern Warfare” might be assumed to act like soft recruiting tools for the military, the generation raised playing them would rather indulge in the “consequence-free taste of the badassery from the safety of their couch” than real military service. When asked how likely it was that they would serve in the military in the near future, 87 percent of those who responded to the DoD survey said “definitely not” or “probably not.” “While the American public has faith in the efficacy of our military,” Kurta notes, “they feel little to no personal connection with it.”

This is why the military is starting to resemble a family business rather than a cross-section of a heterogeneous democracy. As the New York Times recently reported, “more and more, new recruits are the children of old recruits” and come from parts of the country with an established military presence. “In 2019,” the article noted, “79 percent of Army recruits reported having a family member who served. For nearly 30 percent, it was a parent.”

As well, efforts to bridge the civilian-military divide face strong opposition from culture warriors intent on painting the armed services as armed imperialists. Kurta noted the “uninformed and often misguided” messages about the military in popular culture and blamed them, in part, for “a youth market which is less interested in the military and does not appreciate the social worth or intrinsically-motivating elements of military service.”

In fact, leaders on the political left have been promoting negative stereotypes about the military and peddling outright falsehoods about military service for decades (recall histrionic arguments about the “poverty draft” and former Sen. John Kerry’s warning to high school students that they should do well in school so that they wouldn’t end up “stuck in Iraq?”)

Some have gone so far as to argue that the military “preys” on vulnerable minorities. A 2019 article in that well-known primer of military strategy, Teen Vogue, interpreted the straightforward (and popular) incentives offered by military recruiters, such as the opportunity to earn money for college, as a conspiracy against minority and low-income students. JROTC leaders are often described more like modern-day child-catchers than career officers eager to identify the next generation of military leaders.

In fact, neither class nor race are predictors of military service. “Army data show service spread mostly evenly through middle-class and ‘downscale’ groups,” the Times found. “And the racial makeup of the force is more or less in line with that of young Americans as a whole, though African-Americans are slightly more likely to serve.” The best predictor of service? Familiarity with the military—the real military in the form of relatives who have served or proximity to military bases, not hours logged playing Call of Duty.

Does it matter if younger generations of Americans are less enthusiastic not only about military service for themselves but also about the military as an institution? As Pew Research Center has found, a broader decline in trust in institutions extends to trust in the military, especially among young people. “While trust in the military is high across age groups,” Pew noted, “Americans under 30 are substantially less likely than their elders to express a great deal or fair amount of confidence in the armed forces.” Only 69 percent of young adults reported confidence in the armed forces, compared to 81 percent of those ages 30-49 and 90 percent of those 50-64, for example.

For much of America’s history, respect for military service has meant respect for the values that service embodies: sacrifice, honor, patriotism, and selflessness, to name just a few. The deepening divide between military and civilian culture isn’t just a practical challenge of meeting recruitment goals and training future armies; it’s a crisis of values as well. 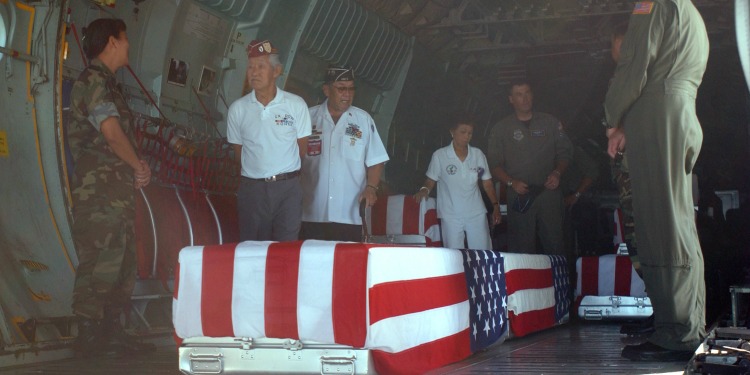