Presidential campaigns exacerbate solipsism. Not only the solipsism of the candidates and the journalists who cover them but navel-gazing of campaign staffers, who all too often mistake an intense period of political work during a high-stakes election for more worthy labor than it is.

But until recently, campaigns themselves were understood as a tough but rewarding form of employment for people eager to work in the political trenches. Popular culture lionized the “war rooms” of some campaigns (at least when the candidate was a Democrat) and praised the hell-for-leather, relentless nature of the people who worked for them.

No longer. In our hypersensitive times, fear and loathing on the campaign trail have evidently been replaced by diversity retreats and microaggression surveys. As Reid Epstein describes in The New York Times, millennial darling Pete Buttigieg’s campaign is the exemplar of such efforts.

Recently, staffers on Buttigieg’s campaign who “identify as a person of color” were asked to complete a survey about “Microaggressions in the Workplace” that included such questions as whether or not a “white colleague” has “interrupted/ talked over” them, or failed to include them on a “relevant email chain.” Further questions explored their feelings about having an idea dismissed “without explanation” and even asked, “What does good allyship feel like?”

As well, in early December, the campaign hosted a “mandatory half-day retreat about diversity and inclusion.” This event evidently didn’t achieve its intended goals, since, as one staffer told the Times, “there was a daily ‘emotional weight’ on people of color who felt they were employed in order to help the campaign meet its ambitious diversity targets.”

Team Pete also emphasized that the campaign was dedicated to fostering “safe, supportive environments where people on staff can speak freely about these issues in a trusted space.”

But a presidential campaign is about the furthest thing from a “safe space” as one can imagine. It’s a relentless, often brutal slog with only one winner. People who work for campaigns usually do so with the knowledge that the job requires a tolerance for behavior and demands on their time that are different from a regular job. That’s no excuse for bad behavior by campaign staffers, of course, and, in some cases, candidates have been pressured to fire staffers whose behavior is outlandishly offensive.

Still, while it is routine for campaign staffers to leak to the press in order to further a positive narrative about their candidate (or a negative one about their opponents), it is unusual to find them blathering on to reporters about their own hurt feelings. Or spending valuable time in the lead-up to the first Democratic primaries engaging in tearful emotional wellness sessions about “Building Belonging” into the campaign.

The real test of Buttigieg’s trust-building exercises and microaggression questionnaires is this: Have they made his campaign better? If his polling numbers among non-white voters are any guide, they have not.

Diversity might be a strength, but diversity pandering might prove at best to be a harmful distraction for his campaign, and at worst an example of inauthenticity on matters of race that, ironically, could further sour the already-skeptical non-white voters Buttigieg is so eager to get. 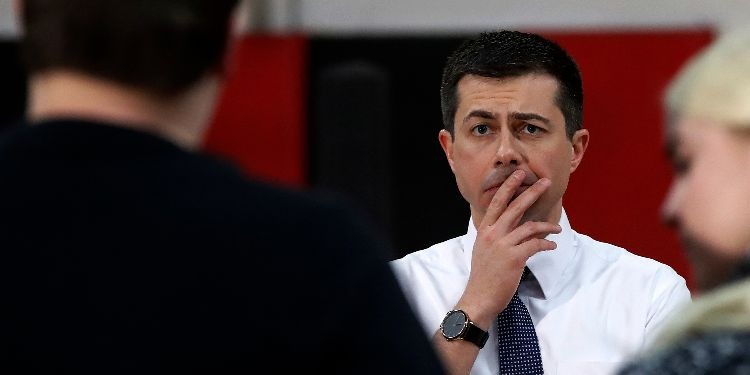