Do you know who can beat nationally-ranked female sprinters or weightlifters? Or a professional women’s soccer team? Or just about any elite female athlete in any sport?

Teenage boys can. Because, on average, they are stronger and faster than women.

This is common sense, and in no way detracts from the athleticism of the many women who compete in sports. But it is the reason we have long segregated sports by sex. If men and women compete head-to-head in athletic competitions, women are less likely to win.

Which is why, when someone born male competes as a trans female, she often beats the women she’s competing against.

Last year, the first and second place winners at the state high school women’s track championships in Connecticut were trans women. Trans women competing in women’s sports has become controversial in power-lifting and wrestling and mixed martial arts. And it’s given us a new kind of activist: the trans athlete who says competing against women isn’t an unfair advantage; it’s a human right.

Consider Rachel McKinnon, a professor and trans woman who won a world cycling competition in Los Angeles last year. She beat two athletes who were born female, and when critics pointed out that perhaps this wasn’t fair to those athletes, given the natural physical advantages she enjoyed as someone born male, McKinnon called them “transphobic bigots.” For McKinnon and her supporters, even the suggestion that they are undermining other women is offensive because their “human right” to compete is sacrosanct (McKinnon even sells hoodies with the message: #SportIsAHumanRight).

Unless you’re an athlete or the parent of an athlete, you might not have been following this simmering debate over trans athletes in women’s sports. But this week, tennis legend Martina Navratilova brought it to international attention when she explained her own views on the controversy in an opinion piece.

The op-ed was the result of research Navratilova undertook after being attacked last year on Twitter for expressing skepticism about trans athletes in women’s sports; she vowed to study the issue further. After doing so, she was even more persuaded of the unfairness of allowing trans athletes to compete against women born female.

“To put the argument at its most basic,” she wrote, “a man can decide to be female, take hormones if required by whatever sporting organization is concerned, win everything in sight and perhaps earn a small fortune, and then reverse his decision and go back to making babies if he so desires. It’s insane, and it’s cheating. I am happy to address a transgender woman in whatever form she prefers, but I would not be happy to compete against her. It would not be fair.”

This was not the conclusion trans activists expected her to reach, however, and for this sin, Navratilova was immediately labeled transphobic, removed from her position on the board of Athlete Ally, a nonprofit promoting LGBTQ rights in athletics, and pilloried on social media as a TERF (Trans-Exclusionary Radical Feminist).

If you had any doubt that trans activists are becoming more radicalized, doubt no longer. The fact that Navratilova, who has been a gay rights activist for decades and a major supporter of women’s athletics, would be called a bigot is absurd. She played against and later hired as her coach Renee Richards, a pioneering trans athlete who, after sexual reassignment surgery and a long legal battle, was permitted to compete in the women’s events at the U.S. Open in 1977. And yet, because Navratilova refused to go along with the trans narrative about women’s sports, she was effectively excommunicated.

This narrative gains traction even as the public acquires greater awareness of just how complicated (biologically and ethically and morally) the issue of trans athletes competing against women is. The narrative would have us believe that it’s a simple matter of equal access for women (like that feel-good Super Bowl ad about the young woman who wants to play in the NFL one day).

In fact, even the International Olympic Committee has struggled with this question (and faced lawsuits by athletes like Caster Semenya about their testosterone tests of female athletes). The focus on hormone levels doesn’t begin to address the biological differences that could impact athletic competition (men on average have larger hearts and lung capacity, higher metabolic rates, for example, among many other physical differences) and the IOC’s guidelines are only a first step.

As well, the law can be a blunt instrument for answering them. The trans girl who won wrestling competitions in Texas wanted to compete as a boy (since she is taking male hormones during her transition, putting her at an obvious physical advantage), but Texas law requires she compete based on the sex listed on her birth certificate. She was ultimately barred from competing against the boys, who were more her physical equals.

Far more dangerous is the demonstrated tendency of trans activists to shut down any debate about these issues by labeling their critics transphobic and by denying female athletes a voice in that debate. How can the rules of fair play be determined when one side won’t even acknowledge the need for a discussion about them? Navratilova wrote that she deplored “what seems to be a growing tendency among transgender activists to denounce anyone who argues against them and to label them all as ‘transphobes.’ That’s just another form of tyranny. I’m relatively tough and was able to stand up for myself in my Twitter exchange with McKinnon, but I worry that others may be cowed into silence or submission.”

It’s a valid concern, and Navratilova is right to call out the bullying she has received (just as she is correct to condemn the bullying trans people have suffered). Trans activists could learn something from Navratilova’s efforts to better understand a complicated issue and her willingness to engage in debate. For people who claim to want to change hearts and minds about trans athletes in women’s sports, trans activists seem to spend an inordinate amount of time attacking and trolling other women. That’s hardly fair play. 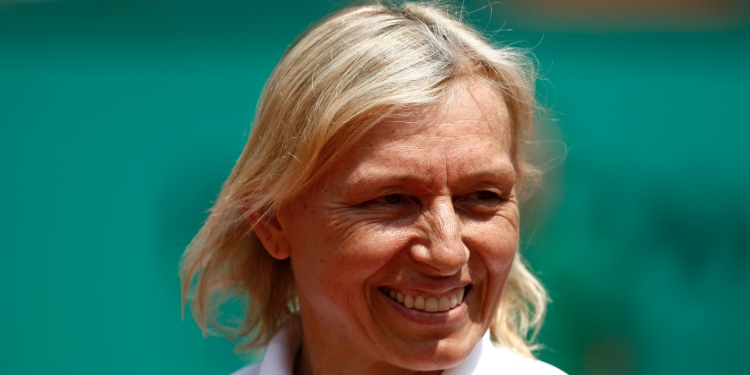