Is “cancel culture” real? According to some on the left, it’s a figment of the right-wing imagination. Writer Judd Legum is the most recent proponent of this theory, claiming, “‘Cancel culture’ is something that does not exist but is a very popular concept among people who do terrible things and don’t like being held accountable.” He added, “‘Cancel culture’ is used as a cudgel by people who don’t want to defend their actions.” In other words, if enough people like Legum decide that what you’ve done is “terrible,” then losing your job and reputation isn’t being “cancelled.” You’re just being “held accountable.”

But if this new “accountability” isn’t about cancellation, how do we explain the fact that many people who were merely expressing opinions or doing their jobs have nevertheless still been deemed to have done “terrible things” that warrant their firing or public shaming?

For example, James Bennet was forced out as editor of the New York Times opinion page for publishing an article by Sen. Tom Cotton. David Shor, a data analyst for Civis Analytics, was fired for retweeting a scholarly paper with a conclusion some didn’t like. Stephen Hsu, a physicist at Michigan State University, was ousted from his role as a university administrator over blog posts he had written about genetic differences among populations. The dean of the nursing school at the University of Massachusetts-Lowell was fired for saying “Everyone’s life matters.” A Boeing executive was forced out after someone dug up a piece he wrote more than 30 years ago about women serving in combat.

Economics professor Harold Uhlig had to make a groveling apology or risk losing his position as editor of the Journal of Political Economy after a petition was started to remove him for criticisms he made about movements to defund the police that were deemed inappropriate because they “trivialize the Black Lives Matter movement.” So, too, did Intercept journalist Lee Fang, who had to apologize to the Twitter mob that came after him for interviewing a black man who mentioned black-on-black crime.

It’s not just academics and executives: Emmanuel Cafferty, a worker for San Diego Gas & Electric was fired after someone posted a picture of him on social media wrongfully claiming he had made a white power sign. This is an incomplete list from just the past month, but there are plenty more examples from the recent past.

Even if you accept Legum’s new rules for “accountability,” this method of meting out social justice fails to grapple with cancel culture’s more pernicious side effects. I’m not talking about the firing of people who did nothing wrong, although that is bad enough. More worrisome is the self-censorship many now practice as a matter of course and the creation of an infrastructure of rules and policies whose intent is clearly future censorship.

Consider a recent letter sent by faculty at Princeton University to the university’s president. The letter, sent on July 4, states, “Anti-Blackness is foundational to America,” and proceeds to list page after page of demands. Among them are policies that, if implemented, would undermine academic freedom and free expression. They demand the creation of “a committee composed entirely of faculty that would oversee the investigation and discipline of racist behaviors, incidents, research and publication on the part of faculty.” That same committee would be empowered to define what is and is not racist, and given the near-extinction of viewpoint diversity in higher education, would effectively end academic freedom on many campuses.

Similarly, the letter-writers declare that one’s status as a minority is conditional upon one’s acceptance of a particular ideological worldview about race with the following demand: “Give seats at your decision-making table to people of color who are actively anti-racist and inclusive in their policies.” The not-so-subtle subtext here is that if you happen to be a black scholar who isn’t “actively anti-racist” (however that is defined), then you don’t count as a member of that minority community.

Such policies would institutionalize ideological conformity at the expense of free thought. This is a totalitarian sensibility masquerading as accountability; it’s ideological group think under the guise of “anti-racism.” Its danger lies well beyond any quantifiable number of people fired (or “retired”) for their views. It is a worldview that will cast a shadow over free inquiry and intellectual debate for the foreseeable future if it is not resisted.

Oddly enough, by claiming cancel culture doesn’t exist, even as the victims of cancellation pile up, writers like Legum and many journalists in the mainstream media are engaging in the very thing they have appropriately called out Donald Trump for doing these past few years: Gaslighting. 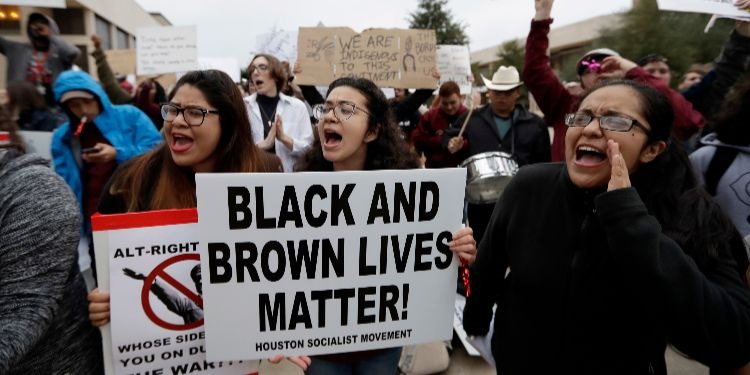