The new Hulu series, “Mrs. America,” is purportedly about conservative activist Phyllis Schlafly and her successful campaign to defeat the ratification of the Equal Rights Amendment to the U.S. Constitution in the 1970s. In fact, the series uses Phyllis Schlafly as a stalking horse for its creators’ larger effort: to remind Americans that the leaders of second-wave feminism deserve more thanks and gratitude than they’ve been given, especially when it comes to thwarting the agendas of people like Phyllis Schlafly.

That’s right. Despite hagiographic books, movies, Presidential Medals of Freedom, and even high-end children’s toys devoted to the effort, the glories of feminism have not been appropriately appreciated. (And if you think feminists are immune to protecting even the smallest details of their images, read the fascinating correction made to this 2011 New York Times article).

There’s nothing wrong with this conceit as a vehicle for drama—and “Mrs. America,” which features a stellar cast of actors including Cate Blanchett, Rose Byrne, Margo Martindale, Tracey Ullmann, and Uzo Aduba, is good television drama. But the show’s creators made a strenuous effort to pitch themselves as respectful of their subject, when in fact they use Schlafly’s activism as a way to convict her for what they see as her internalized misogyny, racism, and narcissism, and to praise feminism by contrast.

Their historical chicanery is intentional. As the creator and showrunner Dahvi Waller told the New York Times’ “In Her Words” gender newsletter, “We started this process in 2016, on the precipice of what we thought was going to be our first female president . . . The thinking was, we’ll have our first female president so wouldn’t it be fun to do a series centered on the biggest anti-feminist from the ’70s?”

But with their dreams of a Hillary Clinton administration shattered by Donald Trump’s victory, the show’s tone took a turn towards more pessimistic tropes. As Waller mused to the Times, “What does a true female antihero look like?” Evidently it looks a lot like Schlafly, on whom the show’s creators project a great many contemporary political disappointments and past social ills. “Things don’t turn out so well for women on this show,” Waller said. “Our tagline in the writers’ room was, ‘Mrs. America, women can’t win!’”

As for Schlafly’s supporters? The many housewives and anonymous, traditional conservative women who rallied to her cause and defeated the E.R.A.? While Waller claims that those women’s stories “should be told and I think it’s worth understanding for today,” she views them largely as pitiable creatures. “There’s always someone left behind. There’s no denying the homemakers that comprised her army are sympathetic, because they’ve lost status in a short amount of time.” So much for the victors writing history.

This version of history is happy to take liberties with facts. The first episode, set in 1971, opens on Schlafly, known in real life for her ramrod posture and penchant for modest, ruffled high-necked blouses, sashaying down a runway modeling an American flag-themed bikini at a political fundraiser (Schlafly’s biographer told a reporter that he can’t recall ever seeing a picture of Schlafly in a bathing suit among her personal papers).

The series also adds an overlay of menace to its portrayal of Schlafly’s marriage (which by all accounts was a very happy one), including a scene in which her husband is depicted pressuring her to have sex. In fact, Schlafly’s husband Fred was well known for doting on Phyllis and was consistently supportive of her ambitions. As Schlafly’s daughter Anne told the Los Angeles Times, “My father loved the success that Phyllis achieved and Fred Schlafly liked to quip, ‘I regret that I have but one wife to give to my country.’”

Thanks to Blanchett’s skills as an actor, we thankfully get flashes of Schlafly’s spiky intelligence and discipline, her indefatigable organizational skills, as well as a few rare moments of emotional vulnerability. Blanchett has perfected so many of Schlafly’s mannerisms—her head tilts and smile—it’s almost uncanny (I met Schlafly in the 1990s and Blanchett captures brilliantly the weirdly intense, unwavering gaze she would fix on you during a conversation).

But the real stars of this series are clearly meant to be the feminists—especially Gloria Steinem, Bella Abzug, Shirley Chisholm, and Betty Friedan. It is the children of the feminists (not the children of Schlafly and her supporters) who are depicted in affectionate scenes with their mothers. By contrast, Schlafly is portrayed as largely detached from her offspring except when she is attempting to mold them to her will (such as when she throws her daughter into the pool to teach her to overcome fear). In Schlafly’s world, children are depicted as crying annoyances who need to be handed off to the help; nowhere do we see the little moments of joy that are the mundane but remarkable experiences of motherhood, which Schlafly and her supporters believed they were fighting to preserve. Instead, these women are portrayed, as the Steinem character reminds us, as “housewives brainwashed by the patriarchy.”

As well, the feminist protagonists are given ample space and time to reveal their complicated and empathetic human sides, while Schlafly and her supporters are not. If the show’s creators had spent as much time fleshing out the relationships among Schlafly’s inner circle as they did showing us Betty Friedan on fictional blind dates or Gloria Steinem hooking up with her boyfriend, we might have learned something new. Even in a scene recreating a debate between Friedan and Schlafly, during which Friedan angrily announces that she’d like to burn Schlafly at the stake as a witch, we are meant to sympathize with Friedan (who is shown racing off to the bathroom, overwhelmed, to use her inhaler).

Only the feminists get complicated, authentic portrayals of friendship (such as Gloria Steinem placing a late-night call to Betty Friedan thanking her for “The Feminine Mystique” because it “changed my life”), deliberately downplaying the real tensions among the leaders of the feminist movement. Meanwhile, Schlafly is portrayed as icy, Stepford-like, and instrumental in her connections with other women, navigating a world of pastel dresses and appropriate chit chat like a seasoned politician rather than an empathetic friend.

The show’s message is clear: because Schlafly doesn’t wear her heart on her sleeve like her feminist peers, she must not have one.

And yet, even if your politics are far less traditionally conservative than Schlafly’s, it’s clear she had a preternatural skill for organization and inspiration. She might not have bonded with other women in ways contemporary progressive women approve of, but she motivated them to protest.

As well, for any contemporary young feminist who thinks tweeting “MeToo” counts as activism, the show’s portrayal of STOP E.R.A. women juggling multiple children and domestic responsibilities while also carving out time to attend organizational meetings, stuff envelopes, and lobby legislators should make them ashamed to use that same word to describe themselves.

We’ve been told for decades that we should admire feminists (and even though my politics don’t always align with them, there are many whom I do admire). Why can’t we also be allowed to admire the political acumen and grassroots organizational genius of someone like Schlafly without being flogged with reminders that feminist leaders were better? Perhaps the tone of the series will shift in Schlafly’s favor (there are still a few episodes left to air). But I doubt it. By constantly comparing Schlafly to her feminist antagonists and finding her wanting (while idealizing those same feminists in the process) the creators of “Mrs. America” are ultimately guilty of the sin they so frequently accuse Schlafly of committing: dividing women. 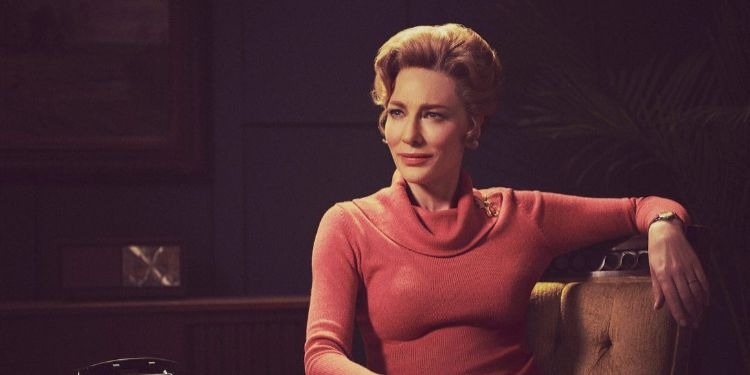