Last week, the First Circuit Court of Appeals affirmed a lower court’s decision that Harvard University’s use of racial preferences in admissions does not discriminate against Asian Americans. The case, brought by Students for Fair Admissions, yielded a decision that once again was far too deferential to Harvard’s own claims about its pursuit of “diversity.” The Supreme Court will likely take up this issue in the near future.

A definitive ruling from the Supreme Court would be welcome. After decades of affirmative action policies that were sold to the public as temporary measures, it is long past time for the courts (and the court of public opinion) to ask: How should we define diversity in a multiethnic, heterogeneous society and is the effort to achieve diversity encouraging equality of opportunity or punishing merit?

The Appeals Court in the Harvard case simply assumed that diversity is a commonly embraced good that elite institutions should make every effort to pursue. But diversity has never been as uncomplicated a goal as Harvard and the lower courts would suggest. It often leads to discrimination, including discrimination against high-achieving minority groups. That is a form of discrimination a lower court that first heard the Harvard case found to be “justified by the compelling interest in diversity and all the benefits that flow from a diverse college population.”

The logic of this kind of “diversity” has brought us to the place we are now: Institutions sorting not only by race but among non-white groups into deserving and undeserving minorities. This is happening in competitive high schools across the country as well, where Asian-American students regularly outperform their peers of all races on entrance exams.

Rather than tackle the difficult challenge of closing racial achievement gaps in education, activists wave the wand of “systemic racism.” They argue that because the outcomes aren’t favorable to their particular race or ethnic group, tests and other measures of merit should be eliminated. Recently, a Washington state school district posted a chart outlining its racial achievement gap that put “white/Asian students” in one category and “students of color” in another. The goal was to prove that systemic racism was a problem. Had Asian students been included among “students of color,” though, the racial achievement gap would have narrowed considerably—but the narrative about “systemic” racism seriously undermined. The truth did not advance a preferred narrative, so the truth had to go.

At Harvard, admissions officers were more sophisticated about their exclusionary efforts. They established a vague “personal” rating that was used to eliminate candidates who might meet every other criterion (high test scores, GPA, and extracurricular activities), but who otherwise were deemed unsuitable. Asian-American students allege that their unsuitability is an exclusive product of their ethnic heritage.

As Harvard Law School professor Jeannie Suk Gersen, herself a Korean-American, told Harvard Magazine recently, “The reason the personal rating became important in this litigation is that if you took the personal rating out altogether, it looks like discrimination is at play because it’s hard to explain why people with higher ratings on other categories would not be admitted at rates equivalent to whites . . . the personal rating really was the crux of the case in effect.”

Finding legal ways to limit the number of Asian American applicants accepted to the school allows Harvard to continue to tend to its real sacred cows: the athletes, legacies, children of wealthy donors, and children of faculty (ALDCs) that are guaranteed more than one-third of the spots in every entering class at Harvard.

Harvard is happy to celebrate its achievements in “diversity,” which led to discrimination against Asian-American applicants while continuing to allow the preferential treatment of ALDC applicants, who are overwhelmingly white. If ALDC preferences were eliminated tomorrow or if preferential treatment was provided based on more objectively fair measurements of need (such as socioeconomic background), Harvard could achieve much greater racial diversity and a student body that better reflected the country as a whole. But that would require an honest discussion of race and class that elite institutions are loath to have.

While elite institutions are defending their “diversity” efforts, discussions of race have shifted dramatically and proportionately with the rise of antiracism ideology. Race might be a complicated issue, but the way we talk about it has become ever more simplified and rabidly ideological. Antiracism advocates make sweeping and unsubstantiated claims about “systemic” racism, “implicit” bias, and white supremacy. As a solution to these perceived menaces, they abandon the pursuit of equal opportunity in favor of top-down diktats designed to guarantee equality of outcomes (and punish merit when it appears to favor “undeserving” minorities).

For years, elite institutions have invoked “diversity” to justify a range of policies, training, rules, regulations, and acceptance and hiring practices. But as the Harvard case shows, if vague notions of “diversity” are a social good, should that good come at the cost of sorting people by race and denying merit-based opportunities to people based on the accidents of birth?

Anti-racism proponents would argue yes—so long as the sorting produces greater power for their preferred group.

But many Americans don’t agree. Voters in the large, diverse state of California just soundly rejected a ballot measure that would have revoked Proposition 16, which in 1996 amended the state constitution to prohibit discrimination based on race, sex, or national origin, including in college admissions. Voters acted to keep race-neutral policies in place in one of the most racially and ethnically diverse states in the nation, a signal that equality of opportunity, not heavy-handed efforts at racial sorting, are the best path forward. It’s a lesson that elite institutions like Harvard need to learn. 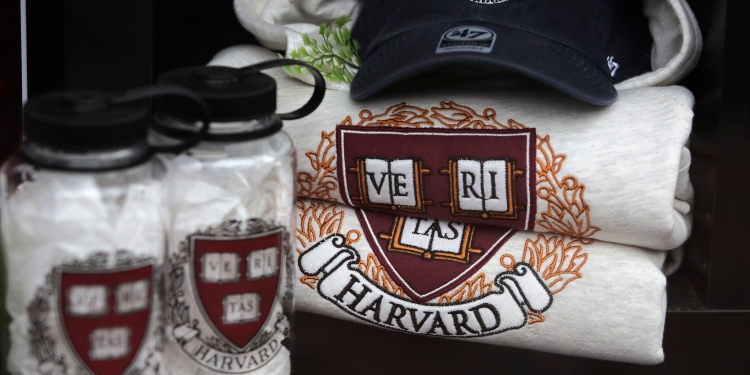